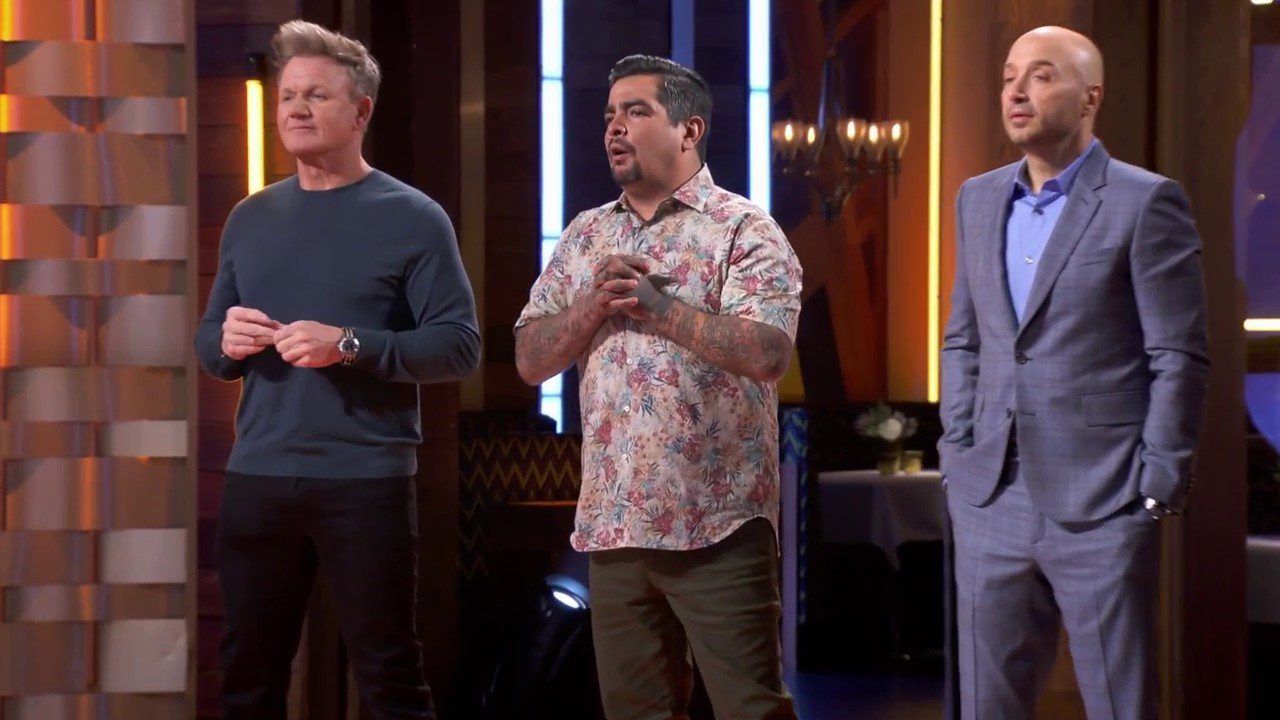 As MasterChef America Season 11 is closing to the finale, Fox is making sure to keep us satisfied. Thus answering it by releasing two episodes altogether every week which started with the eleventh and twelfth episodes. Now the same continues for MasterChef America Season 11 Episode 13 And 14. The latter of both will mark the beginning of the road to the semi-finals. The contestants may finally have a chance to secure their place but that comes with a lot of challenges and legendary cooks taking the charge of judging.

Something similar we have been witnessing for a while. Cooking legends like Dominique Crenn and Niki Nakayama joined the show with their difficult challenges. Thus making things really hard for contestants to reach the next round. At the same time easier for judges to choose the best among them. There were contestants freaking out and not working together while some are taking each other ahead in the competition shoulder to shoulder. Let’s break down what happened.

Previously on MasterChef America, Lexy bid us adieu in elimination after the Cook For Your Legend Challenge. Now moving to the top 8, Dominique Crenn joined the show as the mentor. A legendary cook in her own right who learned from her parents and never went to culinary schools. Today’s first task sees the cooks forming teams of two. A wall will make its presence between them while they cook their dishes. With good communication and confidence over your partner, the task is to make the most identical dishes together. 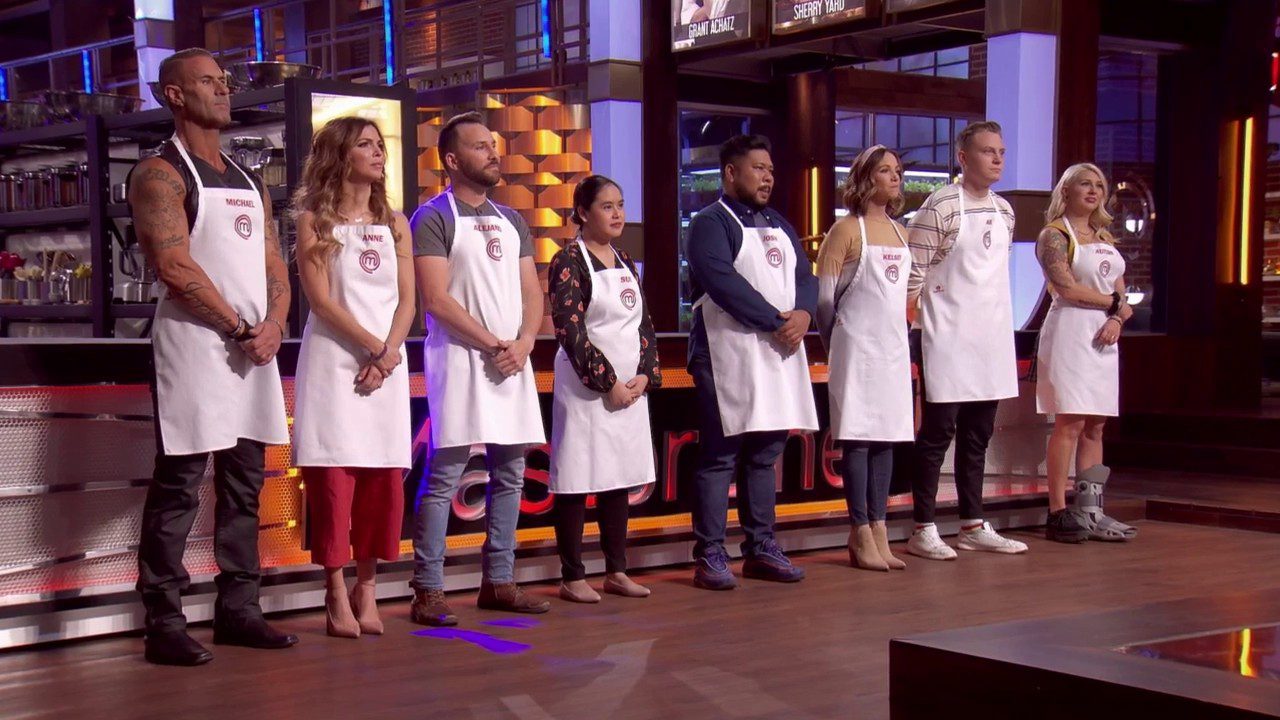 Also, a few more rules to note on. You get one hour to cook. You can’t overlook your partner’s dish and the wall makes sure of it. Also, they get five minutes to decide what they are opting to make. In the same five minutes, they need to head to the pantry and get the things they need.  As the 60 minutes of the game begin, the judges take a round trip to get an idea of what the contestants and their partners are cooking. Plus how identical does it really seem in the first few minutes of the game?

Partners like Autumn and Michael make the best of their time. Then there are Anne and Joseph with absolute miscommunication. Anne is going all out angry while Joseph loses interest in the competition. So one sixty minutes are up, the judges start judging each and every team’s dish turn by turn. Kelsey and Abe end up winning the completion with Alejandro & Suu landing on second. Autumn & Michael also mark themselves safe. Now one of Anne and Joseph had to walk out and the latter did as judges felt, in the end, he left his partner on her own.

The next challenge for the Top 7 comes from Japanese chef Niki Nakayama. She is known for creating a 14-course dinner at her restaurant with small plates. All contestants have to do is come up with a three-course simplified version of the same Japanese dishes in under an hour. While some run out of time and opt for other ways, some are having a hard time figuring out the ingredients.

Kelsey wins twice in the same episode with her grilled scallops, steamed cod, and fried chicken. Among Suu, Michael and Anne were at bottom three. Anne who lived to fight another end, unfortunately, ended up walking out of the competition. 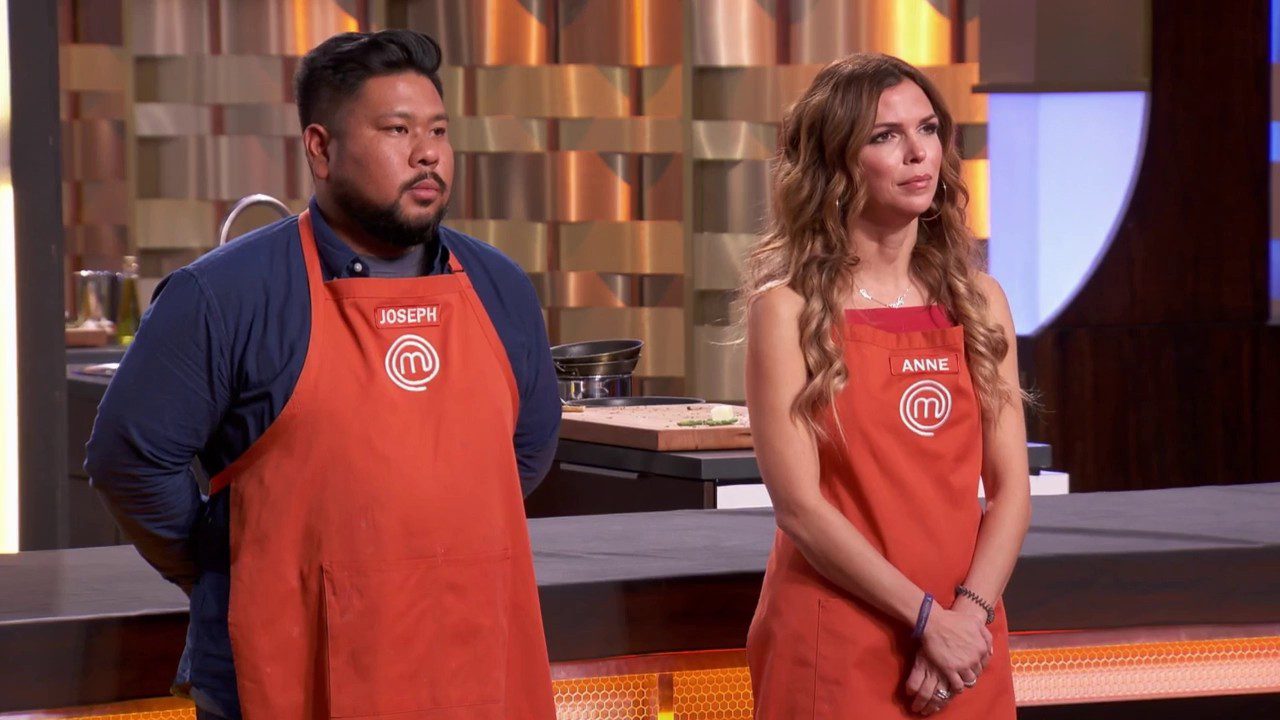 MasterChef America Season 11 Episode 13 is titled, “Legends: Dinner”. The official synopsis of the episode says MasterChef welcomes Four legendary Chefs to judge the show. These include the names of Val Cantu, Jonathan Yao, Sherry Yard, and Tanya Holland to judge the two-course menu. It will pit boys against girls in one of a kind Chef’s Table team challenge.

MasterChef America Season 11 Episode 14 is titled, “Legends: Ludo Lefebvre – Timed Out Mystery Box”. The official synopsis of the episode says we will see Legendary French chef Ludo Lefebvre bringing the mystery box challenge but with a new twist added in. This time, an entry into the semi-finals is at stake. For this, the cooks will have to work on making two elevated French Bistro-style dishes under 90 minutes