Mary Alexandra Earps is a professional footballer (goalkeeper) who plays for the Manchester United FA WSL. 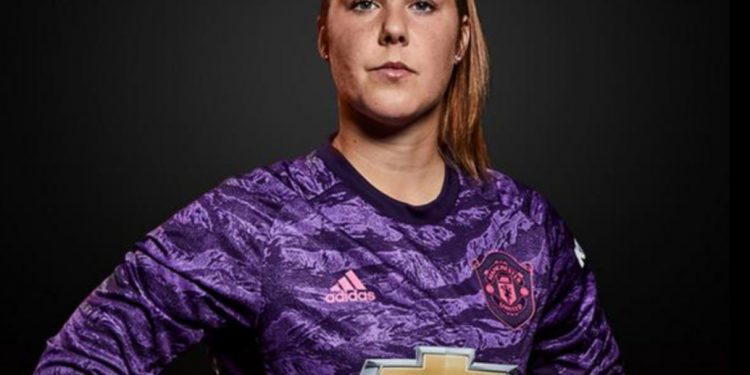 What do we know about the personal life of Mary Earps? Relationship gossips are always on-trend, especially when it’s all about celebrities. Similarly, Mary Earp’s love life has gained massive interest among her followers. Starting from the basics, Mary Earps is a British footballer, to be more precise, a goalkeeper. She is currently playing for Manchester United Football Association Women’s Super League (FA WSL). She also plays for her country’s team, England Women’s National Team. Regarding her achievements to date, it includes FA WSL Team of the Year from 2016 to 2017. Following that, she also earned Frauen- Bundesliga, DFB-Pokal In 2018-2019. In 2019, Mary Earps also achieved the SheBelieves Cup. The same year, she was also selected for the FIFA Women’s World Cup.

Besides her amazing sports career, Mary Earps leads a very decent lifestyle. It calls for the details of her love life. Who is the young and talented professional goalkeeper dating in 2021? To all the sports lovers, who already know her and are much curious, this article is exactly the right place where you should be at the moment. Dig into this article and stay till the end.

The young and professional footballer Mary Alexandra Earps was born on 7 March 1993 in Nottingham, England. As of now, she is 28 years old. To be more precise, she plays as the goalkeeper. For education, she attended Loughborough University, from where she earned a degree in Information Management and Business Studies.

Moving on with her career, at present, Mary Earps is playing for Manchester United FA WSL (Football Association Women’s Super League). She also plays for the England Women’s National Team, representing her country. In the initial days, she played for Bristol Academy, Doncaster Belles, Bundesliga.

This tweet of her shows how gym freak she is. Because of her amazing unique goalkeeping skills, she has amazed a massive number of people both in reality and social media accounts. In short, she is quite successful in her professional career and is set to achieve more in the upcoming days.

Also read: Brooks Koepka’s Girlfriend: Who Is The Professional Golfer Dating In 2021?

Mary Alexandra Earps, the versatile Manchester United goalkeeper, is not dating anyone in 2021. It is believed that she is enjoying her singlehood and is much focused on her career. Whenever it comes to her love life, she doesn’t like to be in the spotlight. Exploring her social media accounts like Instagram, she is probably not dating anyone. Mary Earps is too young, and by that time, she has achieved a lot of prestige in the field. It is believed she is working harder to achieve all her goals shortly. In an interview, when she was asked about her boyfriend and love life, Mary Earps mentioned that she is too busy playing the best rather than getting emotionally or romantically attached to anyone. Based on her words, it is expected she won’t be dating anyone shortly. But you never know what happens since no one has control over love!

Mary Earps, the professional Manchester United footballer’s estimated net worth in 2021 is $400000. The entire portion of her income comes from the tournaments and championships she has played to date. Her immense hard work has led her to such a whopping amount of money. Her expected salary is worth $50000. We wish her good luck so that she can achieve all her goals real soon!