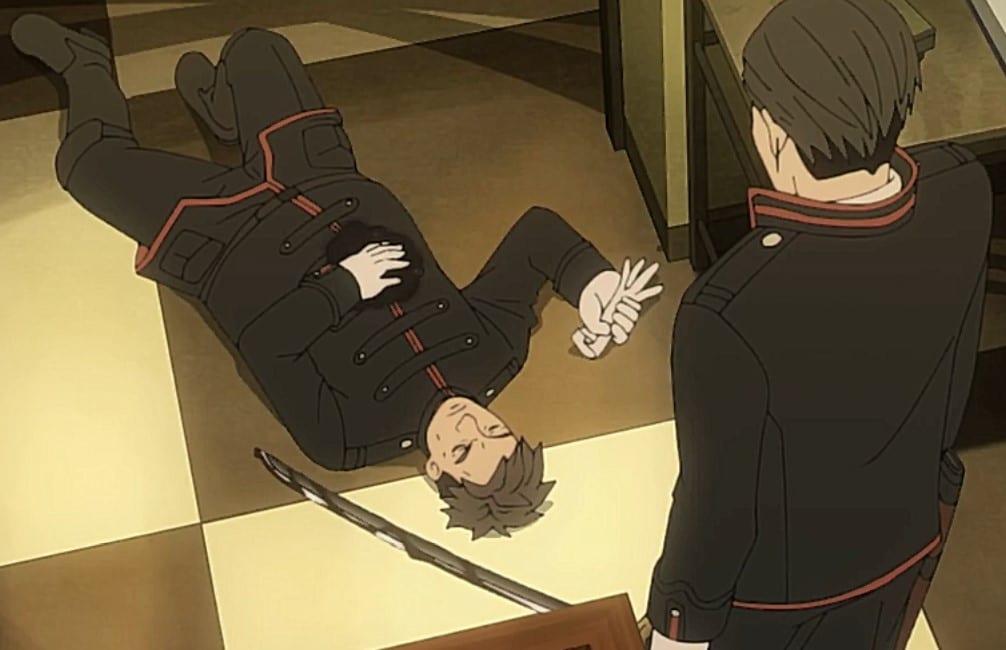 Colonel Yoshinobu Maeda has recently run away from the hospital. Nakajima received the news and decided to follow him. Yoshinobu runs away from the hospital after reading a letter from Misaki. He realizes that he has to do what Misaki has told him. The episode is titled The Last Blue Sky. In the morning, Aoi decided to visit the Imperial Hotel article near the construction. She is wondering about the human combustion and Yoshiwara poisoning articles. Aoi notices that the sky is red and wonders what is happening.

Suddenly a man appears in front of her, and she asks what he wants. When the guy raises his head, she notices that the guy is a human-vampire. Aoi screams, closing her eyes, thinking that the human vampire is eating her. But when Aoi opens her eyes, she finds that blue flames engulf a group of human vampires. The citizens are shocked with fear, realizing that they have been living with human vampires all along. The human vampires burn into ashes, and only pure humans are left alive.

Inside the underground tunnel, Yamagami, along with Kurusu, is lost during the mission. Yamagami asks Kurusu if Takeichi gave them the wrong directions. Kurusu reveals that they didn’t get any directions, but the smell inside here is killing him. Yamagami suggests that they can go outside and check where they are. Kurusu reveals that they will burn to death if they go outside since the sky is red. He said the sun is about to rise, and they are not safe outside. The two continue to go through the tunnel.

Yamagami comments that Takeichi should have come with a better way for them to go. Kurusu told Yamagami not to worry since the sewer connects them to HQ. Yamagami comments that he wanted to chase after them. Kurusu asks if he is talking about the vampire units nad Yamagami replies yes. Yamagami wonders where the vampires come from since they move with coordination. Kurusu said it is true, but there must be someone who is leading them. He reminds Yamagami that they work as a unit because they have Yoshinobu. 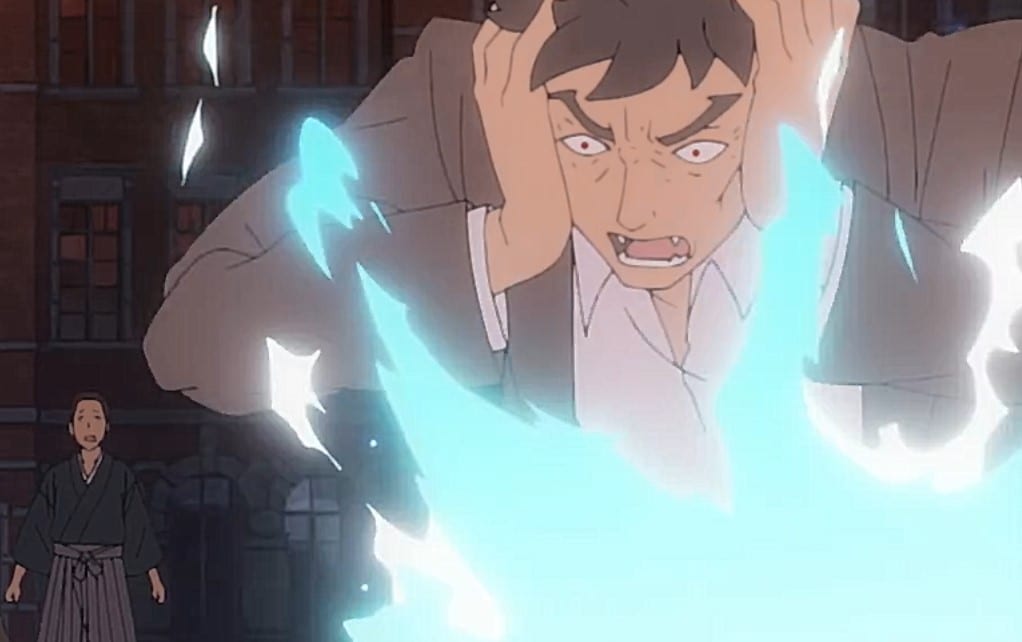 Suwa also arrives and asks Tacheichi where those guys come from. Takeichi replies that he has no idea, and their caskets are about 80. Suwa begins an investigation and finds that the caskets have name tags on them. He notices some caskets that are empty and realizes that more vamps units will be added soon. Later Nakajima met with his colleague. They talk about the secrets plan, and he apologies for making the guy wait. Nakajima complains about the civilians who are dying every day.

The guy replies that every undertaking requires sacrifices. He told Nakajima that he needs a trumpeter to make his toy soldiers march. Nakajima comments that he hopes it doesn’t become the trumpet that signals the end of the world. He took a file written A-Claas Vampire Misaki Naakamia recording no 6. Nakajima realizes that he got what he wanted and told the guy to use the place as he sees fit. Mean Aoi continues with her research about Imperial Hotel and human combustion.

She talked with her boss about the Yokohama manuscript. The boss told her that he is heading there. He reveals that there was the Red Brick Warehouse, and people were attacked by vampires or something. Aoi realizes that she met with vampires earlier and decided to go with her boss. Later Yamagama, Yoshinobu find the truth about Nakajima. Yoshinobu stabbed Yamagmi when he was about to attack Nakajima. Kurusus wonders why Yoshinobu stab Yamagami.

The latest Mars Red Episode 7 will be released on Tuesday, 18 May 2021. You can watch Mars Red online on Funimation and AnimeLab.