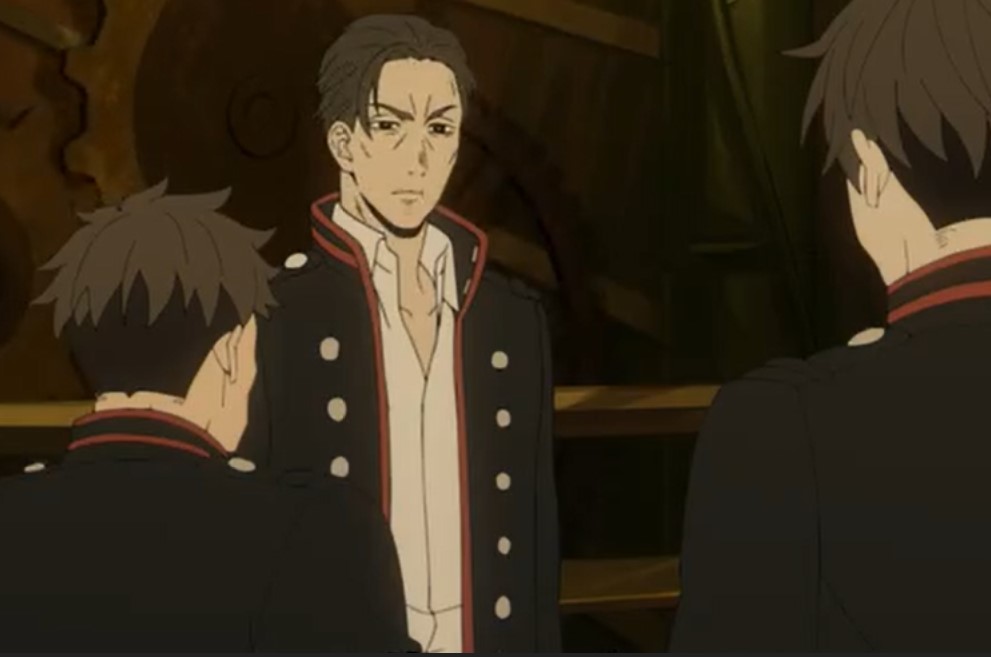 In the evening, there was a war between humans and vampires. Lots of soldiers have died in the valley of death. The vampire bit them, but one of them survived after being saved by the injured soldier. In the morning, Moriyama met with Yoshinobu, who asks him about the vamp girl Misaki. Moriyama reveals that Misaki is at Kayabacho. Yoshinobu asks if there is a vamp incident around that area, and he replied that they had not confirmed anything.

Yoshida orders Moriyama to check if there is someone who moves to that area. Moriyama realizes that Yoshinobu is suspect that the vamp is hiding around that area. Yoshinobu reveals that the vamp might be hunting around that area, and it should be nearby. He told Moriyama to mobilize the team to sear the area. Yoshinobu looks at Misaki’s room and realizes it is hard for him to forget about her. Meanwhile, Aoi told the chief that people are burning human combustion at Tokyo station.

Later Aoi saw a poster of Romeo and Juliet, but she realizes that she likes Misaki’s Salome better. She wonders why Romeo and Juliet are still trending in this era. Suddenly she heard a voice saying that ”that which we call a rose, by any other name would smell as sweet.” When she looks closer, she finds that it is Romeo and she was stunned. Romeo told her not to make e noise so that people won’t gather around him. He asks her if she likes Misaki so much.

Aoi asks why Misaki left, did she elope with some, and who did she run away with. Romeo asks her who she is, and she reveals that she is Aoi Shirase for the Nitto News.  Romeo realizes that Nitto News prints such an amusing mix of fact and fiction. Aoi told Romeo that she wants to write the truth. The truth of human combustion and the elopement. Romeo asks her if it is that all, and she reveals that she is looking for someone, a childhood friend who never returns from Siberia.

That person promises Aoi that he wouldn’t die, but she wonders why he has not returned. She believes that the person is still alive; meanwhile, an injured soldier with his colleague is drinking blood. The injured one told the other that he wouldn’t die, but they have to drink it, or else they will shrive up. The other one comments that he hates this, and the injured one told him to pretend it is turtle blood, snd it will be fine. The guy replies that he hates turtles. The injured one comments that they are no longer humans; they have to drink blood. 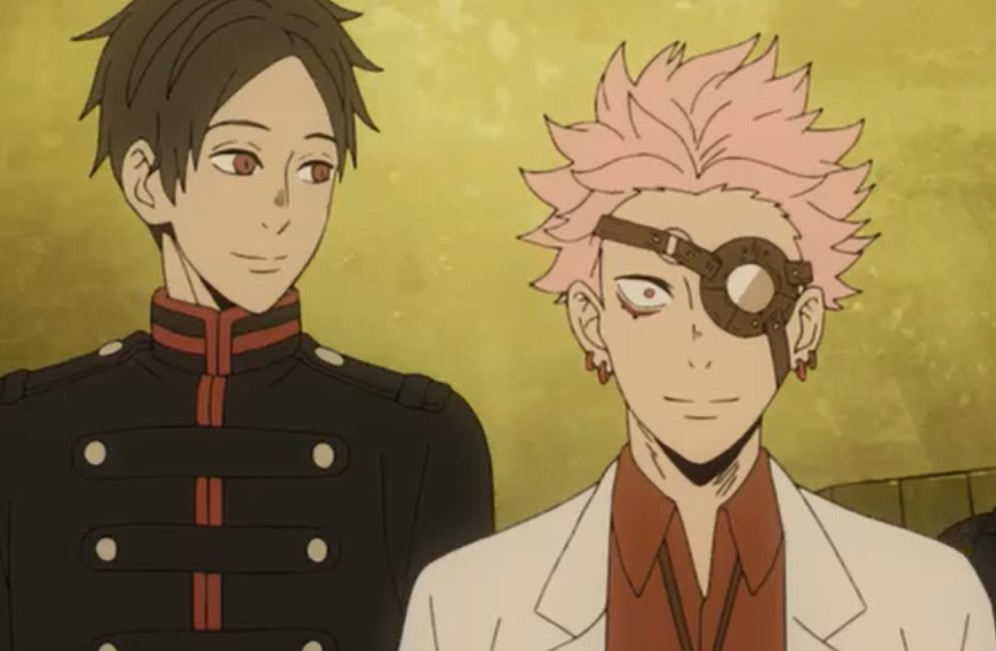 He fist pumps his chest and reveals that they are Japan’s vampire unit now. That means they are vampires. The guy stood up and argued that they are still human since half of their body is still human and the other half is a vampire. They can also die if they get shot, and the vampire revives if they get shot. The doctor arrives and comments that they are testing that theory. He shoots the injured guy, who shouts, hurts, and hurts, but he didn’t die. The doctor comments that Yamagami is fine and the vampires are incredible.

Yamagami got up and told Takeuchi to stop bossing around. Takeuchi replies that he was testing his theory. He told Yamagami and Kususu that they are A-Class vampires who will never die. Yamagami wonders who their boss is and thinks that it is some random kid who he can beat to a pulp. When Yoshinobu arrives, Yamagami realizes that the hot-headed one is their boss. Yoshinobu told them that under his command, Code Zero would operate as a Vampire unit.

He details them about the plans of how they will counter-attack the vampires and eliminate the vampires. They want to stop the vampires from eating humans. Yamagami can’t believe that he is working under Yoshinobu, who used to be his rivalry when they are at military school. But he has to call Yoshinobu the boss.

The latest Mars Red Episode 3 will air on Tuesday, 20 April 2021. Mars Red will be available on its official platforms around the world. You can watch Mars Red online officially  Funimation on and AnimeLab.