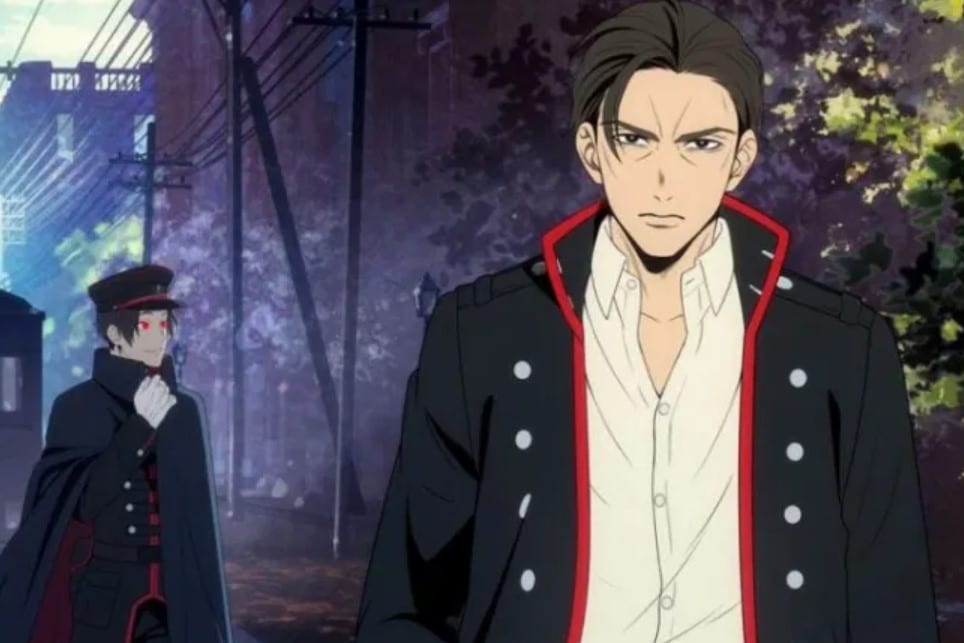 In 1923, vampires rose and torture humans, but the present generation of vampires emerge again. The Japanese government came with a plan to counter the vampires and create a team called Code Zero. The unit begins to hunt down the vampires use human-vampire to eliminate the vampires. Mars Red will conclude after the reals of episode 12. Let’s find more about Code Zero as they destroy the vampires. The episode title is ”Dark Wing.” Finally, Colonel Maeda Yoshinobu has shown up.

Deffrot and Aoi are surprised to see Yoshinobu after a long time of disappearance. The commander appointed by Special Forces Unit 16 told Yoshinobu that he is the new commander, Rafus Glenn. Rufus opens water, and it begins running to fill the stage that the trio is inside. Yoshinobu looks at Deffrot and realizes that this the guy responsible for Misaki’s condition. His vampire mode switches on, and he decides that he will eliminate vampires. Deffrot realizes that Yoshinobu has become a human vampire, and he is the real vampire. Deffrot has been suppressing his vampire instincts since he likes Aoi and Misaki.

Aoi wanted to stop, but Yoshinobu stabs Deffrot with a sword. Deffrot sent Yoshinobu after kicking him.  Aoi tries to interfere, but Defrott to here to stay back. Yoshinobu tries his sword back and tries to behead Deffrot, dodges in the blink of an eye. The two take the battle to mid-air, but Aoi can’t see anything since everything is happening quickly. She wonders who is winning the fight. Aoi heard the sound of a person hit with the ground and find that it is Deffrot. Deffrot realizes that he is a vampire and wonders what kind of vamp is Yoshinobu.

Yoshinobu lands on the ground and dashes towards Deffrot. The two take the battle near the waterway, and all she can see is water splashing. Aoi notices that Yoshinobi is going for a kill, and she stops the struggle. Deffrot got defeated, and Aoi uses her back to shield Deffrot. Yoshinobu pulls the sword out of Aoi’s back, and Deffrot notices that she saved him from the last slash. Yoshinobu stabs back after seeing Misaki’s image within Aoi.

The picture told Yoshinobu why he is doing this to the child and his memories triggers. Yoshinobu vanishes after realizes that within him, there is half part of the human heart. Deffrot takes care of Aoi and notices that she is losing a lot of blood. Meanwhile, Takeuchi, Kurusu, and Sayu welcome Tenmanya, who got his face cut. Tenmanya told them that he is okay. The vamp’s kid notice that the cut is not healing, and Tenmanya said because he is a human. The kids ask why a human is helping vampires. 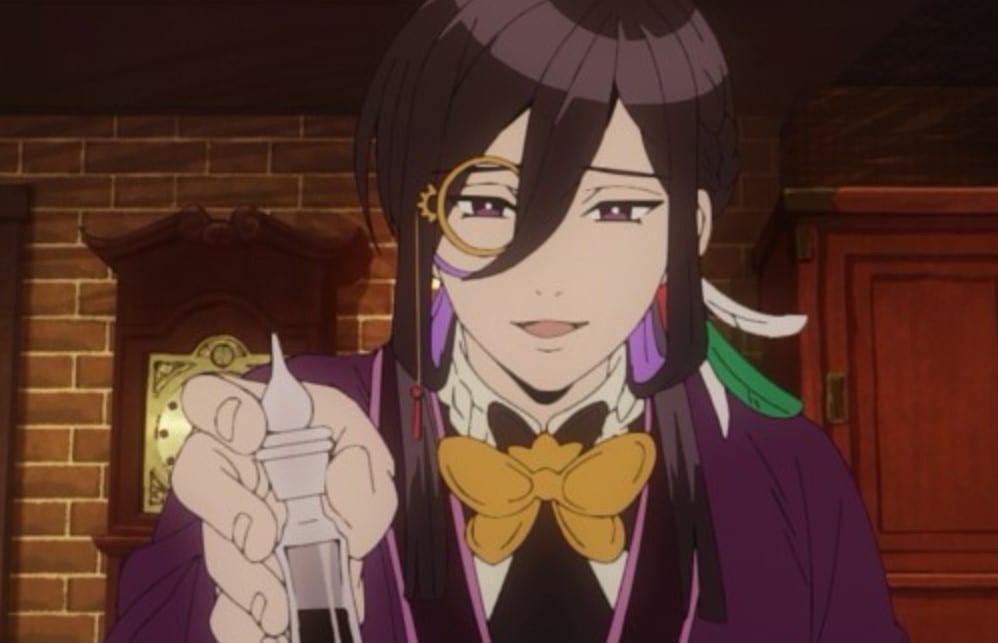 Tenmanya replies that because someone helped him before. Then, Tenmanya heads to the room to take care of the wound.  The old geezer comments that the young master was born to a Japanese person and a foreigner. Among humans, Tenmanya got bullied and despised, and the vampires were only his playmates. Tenmanya recalls his past where he heard someone calling him young master on his way to his room. The guy talked about visiting the Sumida River fireworks.

The old geezer told the guy to take care of the young master. Young master covers his face for the public not to recognize him. The two enjoy the festival and realize that it is a peaceful country. But Tenmanya ends up unveil himself and enjoy the sight of fireworks. The boys from Tenmanya’s village bully him every day, calling him a monster. The young master managed to climb the tree and hides as the boys search for him. The young master wonders what he has done wrong that makes his peers hate him so much.

The old geezer heard the voice and realizes that it is the voice of the young master. The bodyguard admires master heads and saves him, but he vanishes since he is a vampire after the sun hits him. In the present day, Defrott and Yoshinobu settle the score after saving Aoi. Yoshinobu’s dark wings emerge from his back. Tenmanya manages to heal his wound. The kids realize why Tenyaman is against the vampire’s killing since his guard was a vampire who saves him after sacrificing his life.