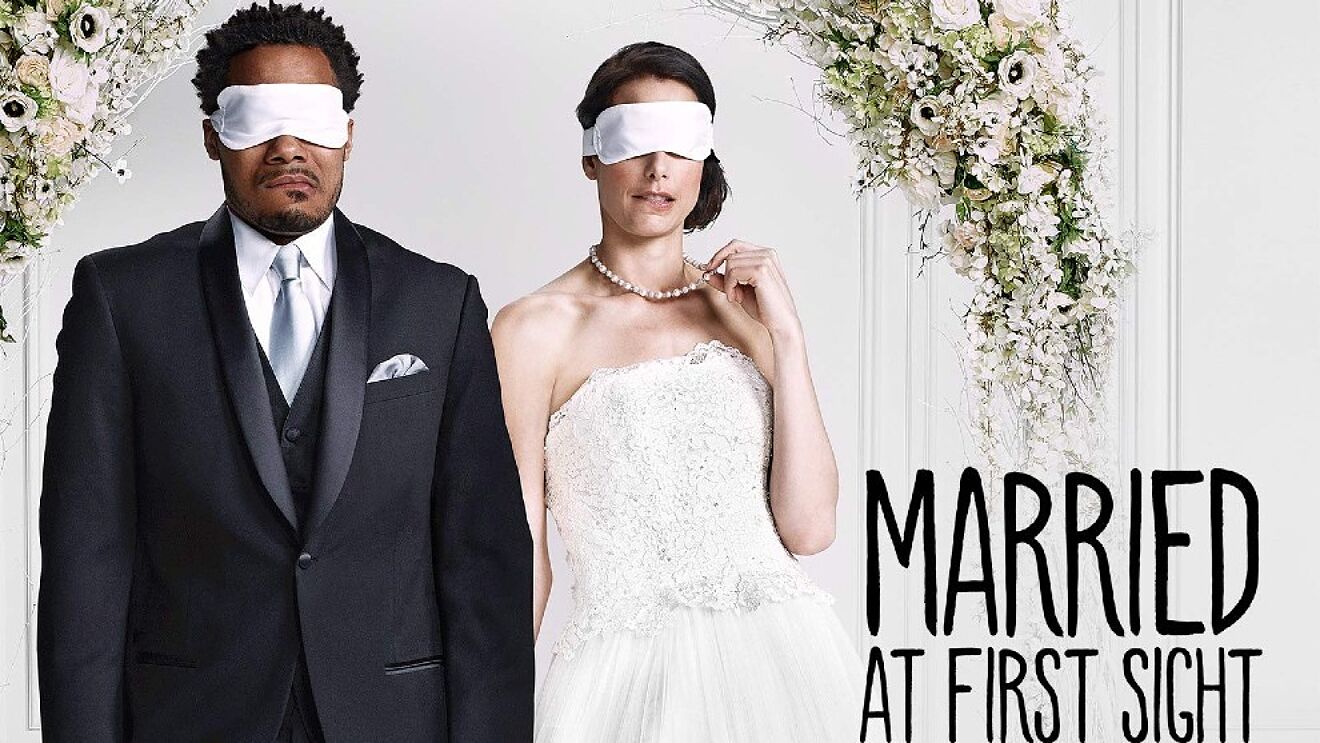 What if a group of singles are brought to marry total strangers? Well, this may not sound crazy to anyone as that’s what we call arranged marriage. But usually, it’s the parent’s or even the relative’s who makes this selection. But what if you are asked to marry your partner chosen for you by a team of relationship experts? Well, this is what the Married at First Sight reality show is about. We will be looking at Married at first sight, Season 9. Where are they now? The show is based on the concept which we talked about earlier. The contestants meet their future partners for the first time on their wedding day. In this article, we are looking at the show’s 9th season’s cast and look at who all are together now.

The show was premiered back on June 12, 2019. in the ninth season of Married at First Sight, we see couples from Charlotte, North Carolina. In this season, we saw Iris Caldwell, a non-profit program coordinator, and Keith Manley, a mentor as well as a coach marrying, both at the age of 27. Elizabeth Bice, an account executive, at the age of 29 marrying Jamie Thompson, a Financial technician at 35. Deonna Mcneill, an Operations Manager at the age of 30, married Gregory Okotie, a Math learning center owner at his 32nd age. Amber Bowles, a middle school teacher at the age of 27, was married to Matthew Gwynne, an Ex-professional basketball player at the age of 31. We will be looking at Married at first sight, Season 9. Where are they now? Who all are still married, and who all broke their knots. 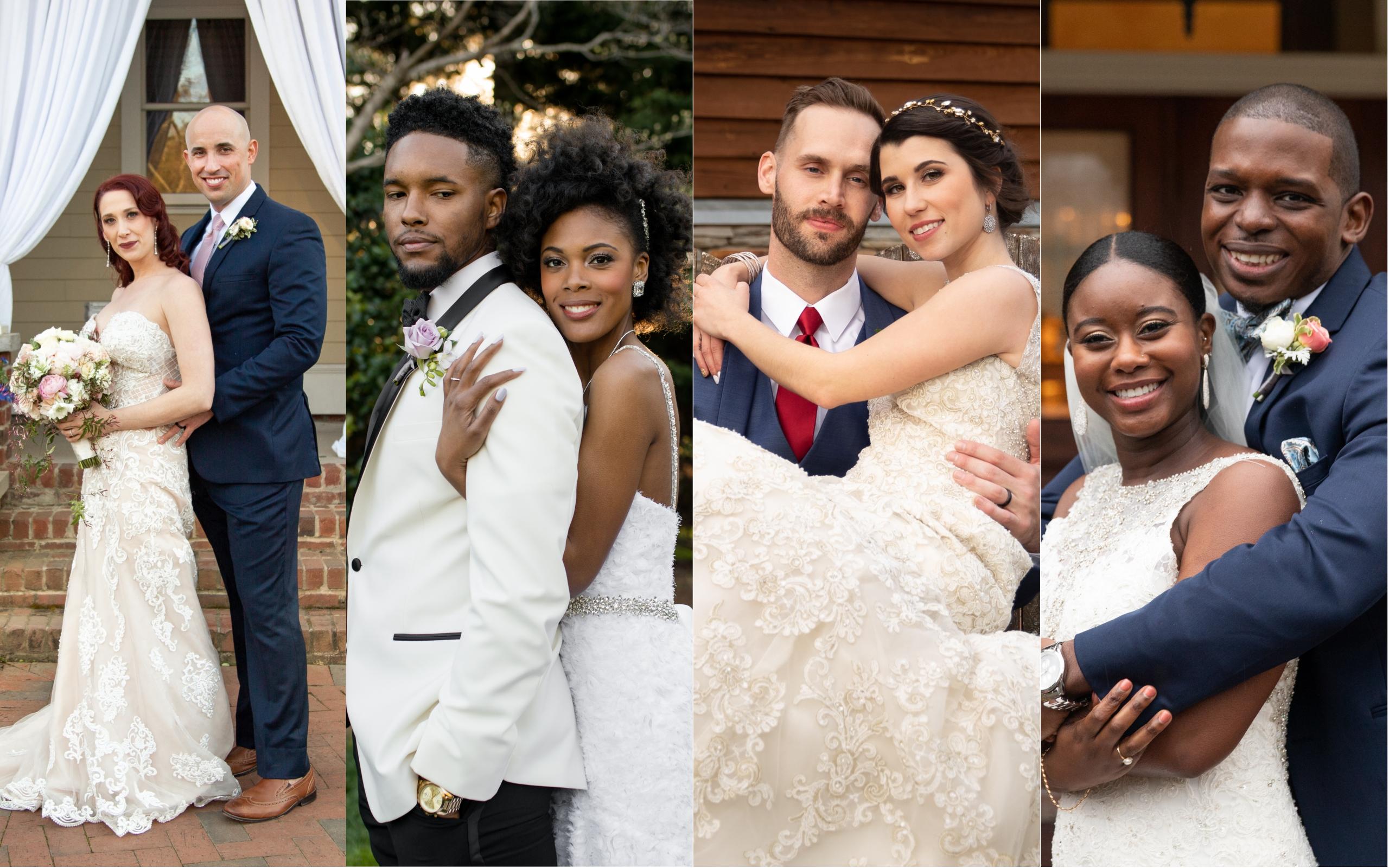 We will be looking at Married at first sight, Season 9. Where are they now?

Also Read: Are Cody and Jessica Still Together, Where Are They Now?

Married at first sight, Season 9 where are they now?

Usually, Reality show relationships don’t seem to have much life. At least that’s what we have seen for the past few years. So what will be the case for Married reality couples? Let’s look at each of the couples and what’s their current state.

First up on the list is Jamie and Thompson. If you remember their life at the beginning, you may have seen their relationship was going through bumpy roads due to Elizabeth’s spoiled attitude and Jamie’s temper, and many may have expected that this relationship won’t last long, considering their initial chemistry was almost non-existing. In fact, Elizabeth’s own parents joked about it during their taped confessionals. 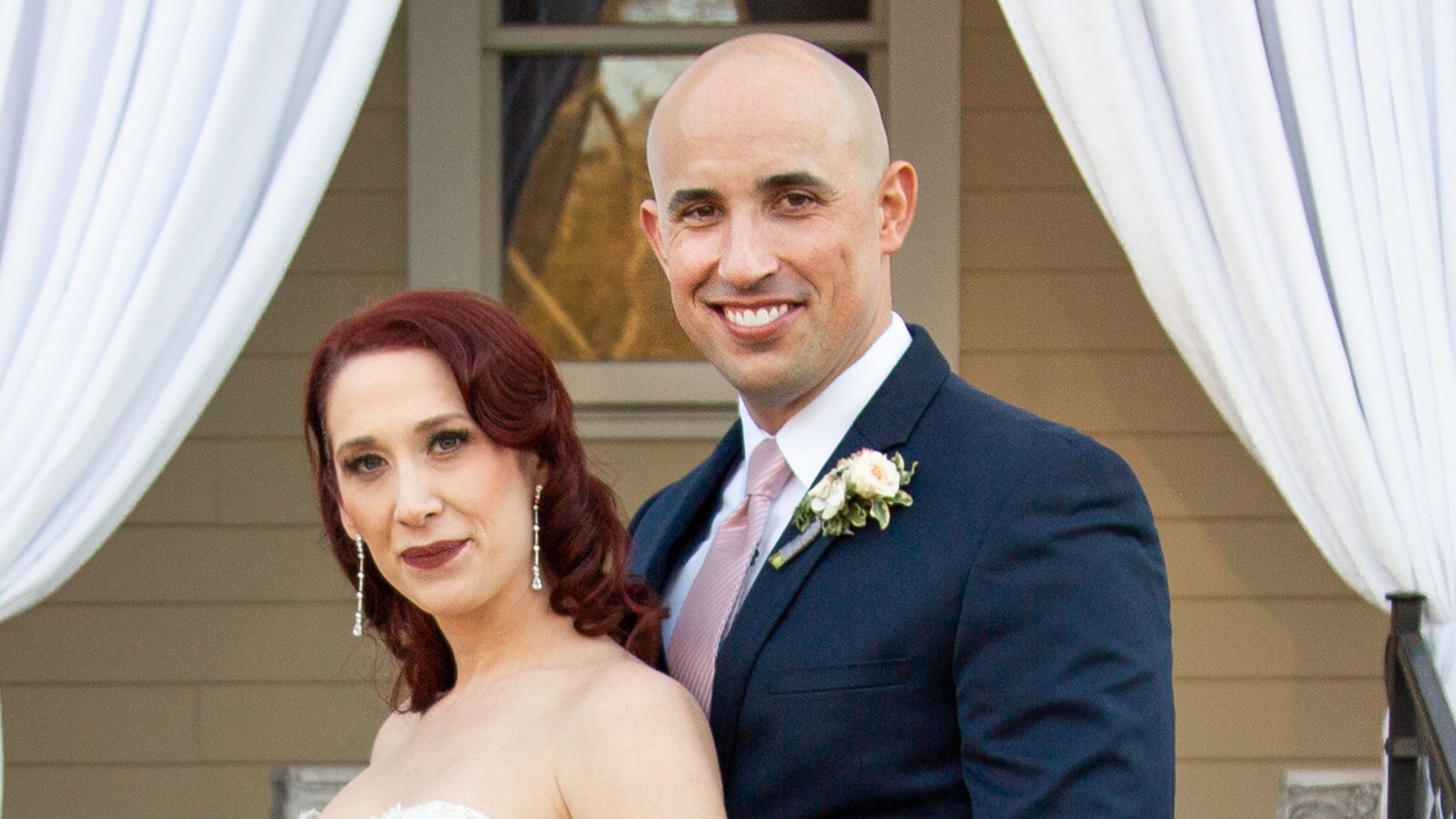 If you remember their life at the beginning, you may have seen their relationship was going through bumpy roads due to Elizabeth’s spoiled attitude and Jamie’s temper.

But it seems like all of those assumptions were wrong as this couple is living happily, despite their initial bumps. Jamie and Elizabeth do decide to split. This was because there were small clashes between them, and since there wasn’t any benefit of counsellors and cameras around them, it only raised the tension since the show had ended.

The unexpected illness of Elizabeth’s beloved dog also made them stay away for a while. Despite all of the issues between them, the couple eventually reconciled and decided to move to the Bay Area in 2020. Since then, the couples are currently living in Santa Barbara, California. Jamie is currently working as a tech consultant, and Elizabeth is busy building her empire as an entrepreneur as well as a social media influencer. They also starred in Married at First Sight: Couples Cam. 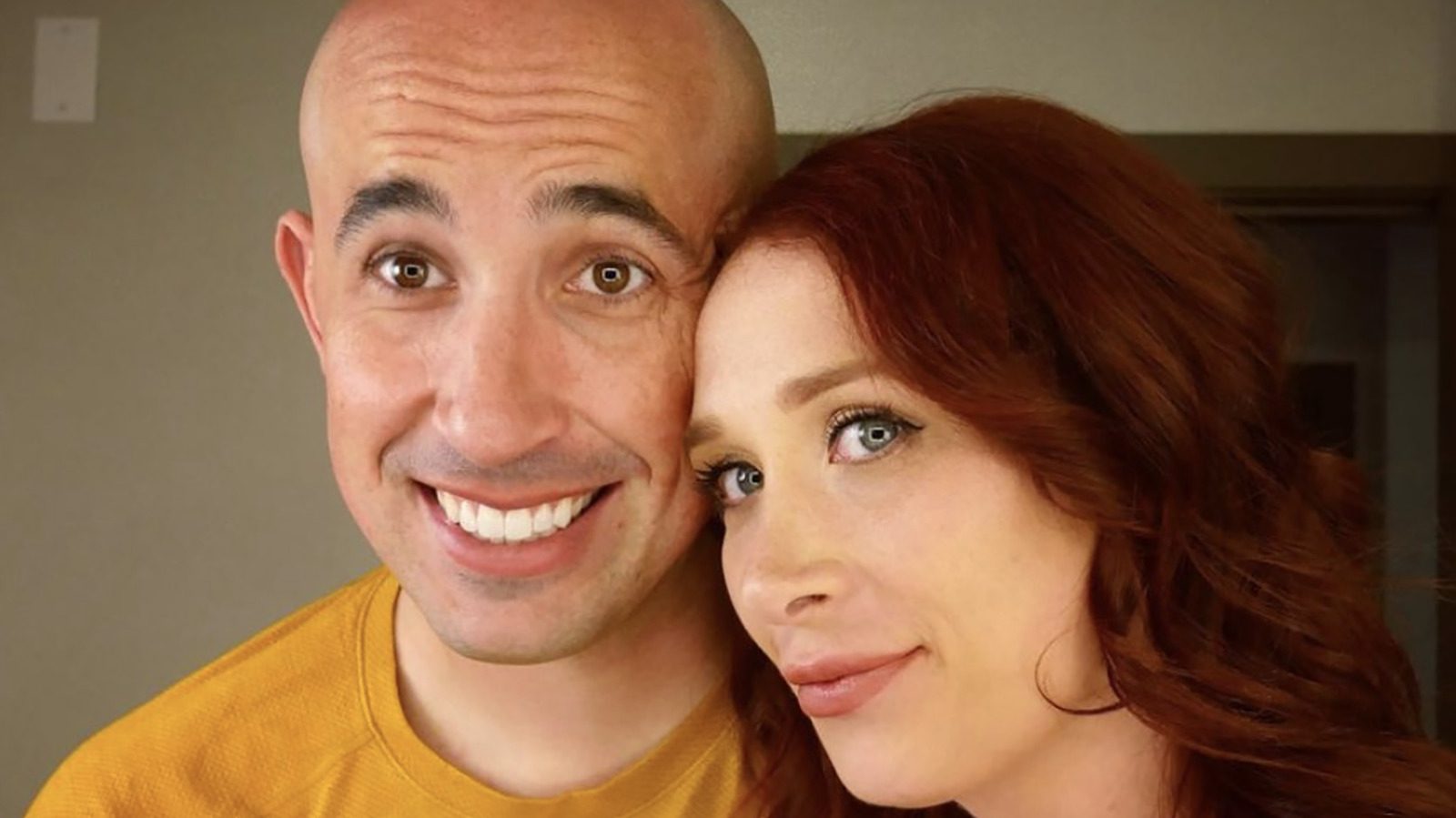 Despite all of the issues between them, the couple eventually reconciled and decided to move to the Bay Area in 2020.

It seems like both of them are spending an amazing life together as Elizabeth had said that the little adventures would never get old with him. According to her, they have grown as a team and soulmates. She thanks him for taking the crazy adventure with her. Even though Jamie doesn’t spend much time on social media, he labelled his wife as his best friend in one of his recent Instagram posts. This clearly shows that the couples are having a pretty good time together.

As for Keith Manley and Iris Caldwell, they seemed to have a great foundation for a successful marriage since they were sharing similar values and goals for their future. Unfortunately, things went the opposite for this couple. 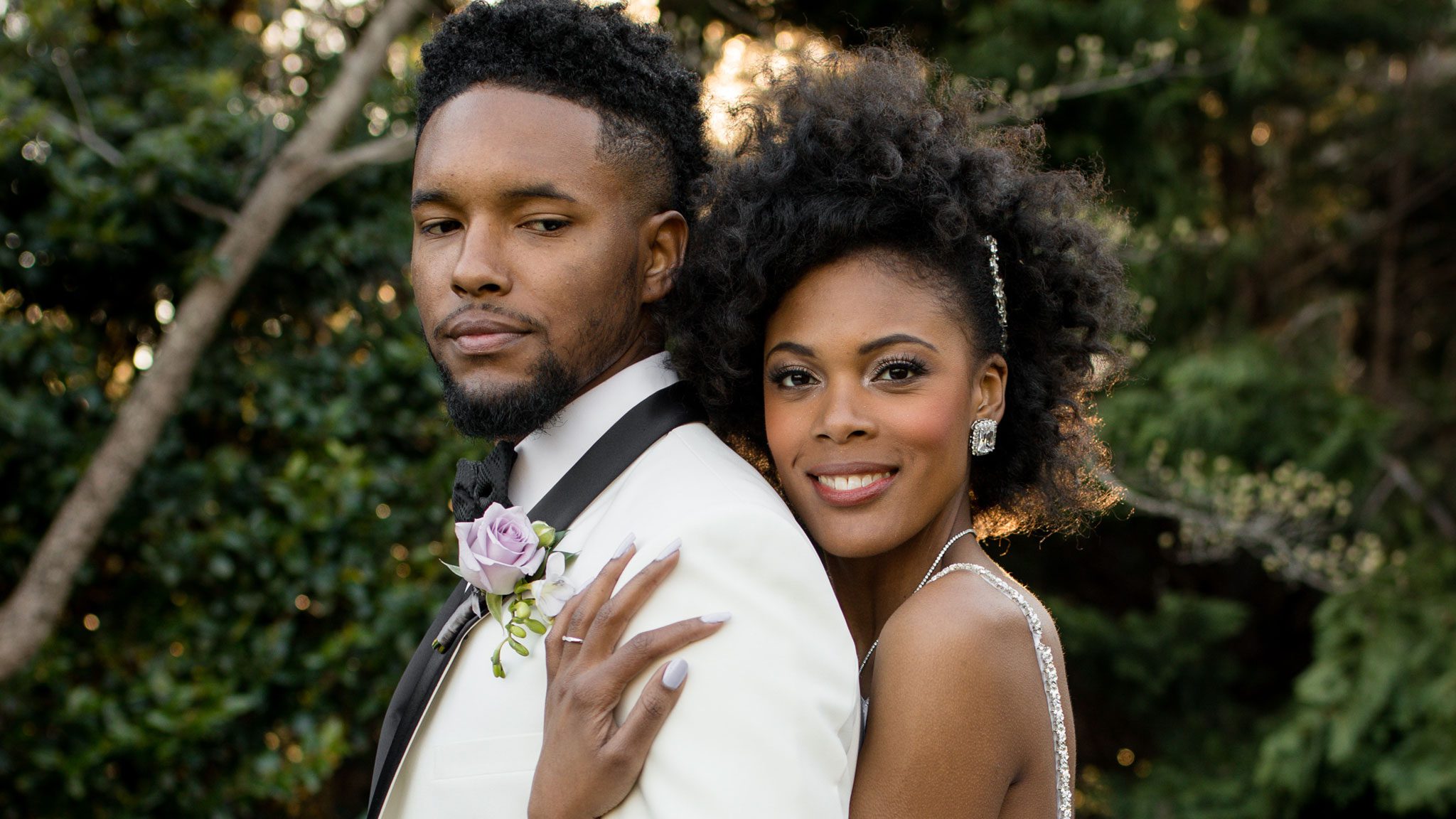 As for Keith Manley and Iris Caldwell, they seemed to have a great foundation for a successful marriage since they were sharing similar values and goals for their future. Unfortunately, things went the opposite for this couple.

While Iris wanted to make their marriage work, Keith came to the conclusion that he did not want to be married to her since he didn’t believe that Iris was the person he was ready to settle down with. And on the decision day itself, Keith politely requested a divorce. Currently, Keith can be seen spending his time in Arizona and Southern California. As for Iris, she is currently pursuing her career in modelling.

Looking at Greg Okotie and Deonna McNeill, we have good news for you. As not only they are still together, but they’re also now in the process of expanding their family. Back in September, the couple announced that Deonna is pregnant. Greg also expressed his hopes for a large family in his Instagram post. He says that he feels truly a blessing to be married to Deonna and for her to carry their first kid. He expresses that he wants to expand their family to eight children’s. 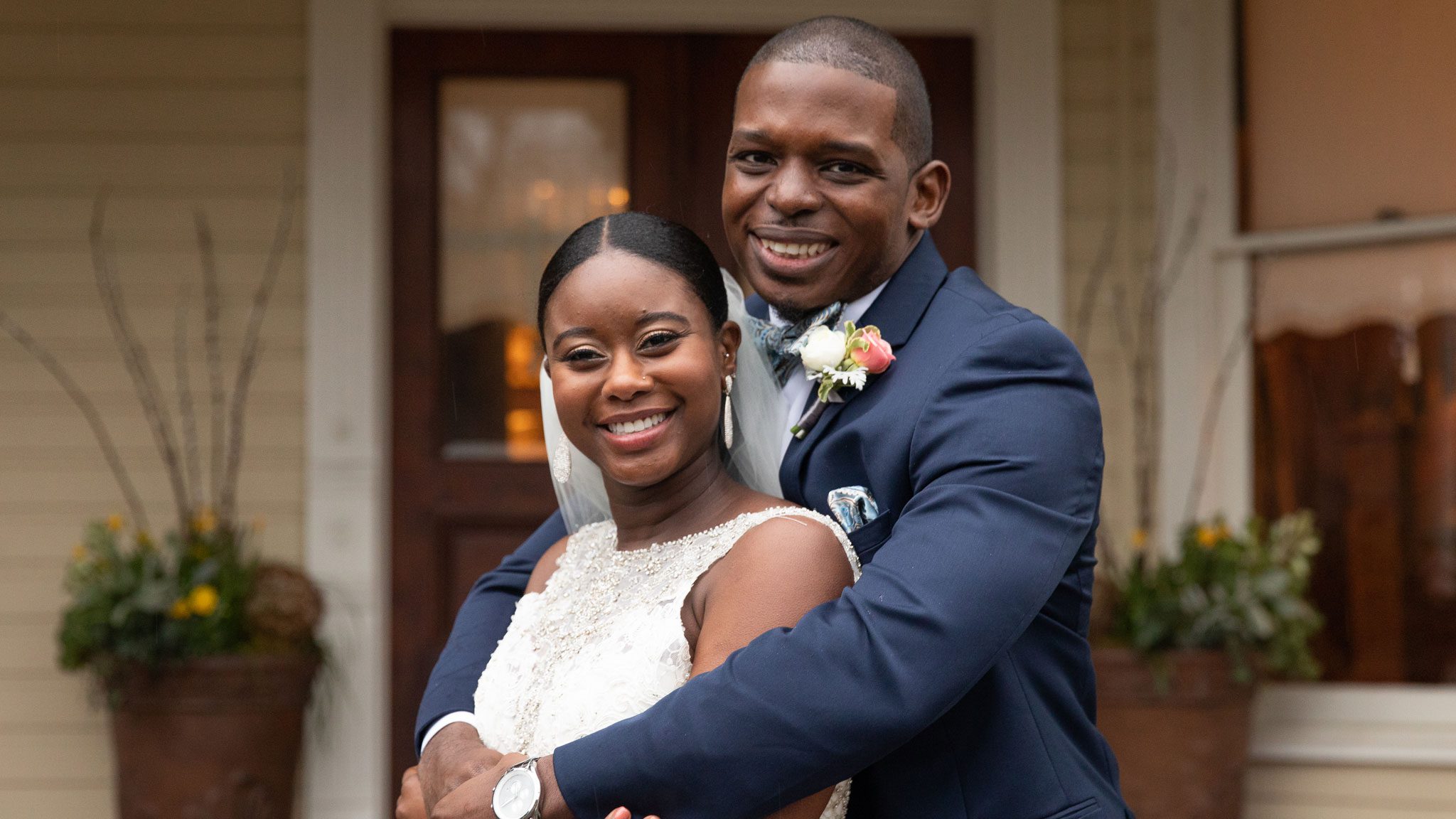 As for Greg Okotie and Deonna McNeill, not only they are still together, but they’re also now in the planning of expanding their family.

He continues by saying that it is crazy how their life changed with trust and a leap of faith. He then thanks all for the overwhelming love, support, and well wishes. The couple reappeared on the small screen through the spinoff series called Married at First Sight: Couples Cam. The show is about couples from various seasons of Married at First Sight and keeps fans updated on their relationships.

For Matthew Gwynne and Amber Bowles, it was, from the beginning, a bumpy ride. Even though Amber was fully committed to her relationship, Matthew seemed unsure from the get-go since, in the show itself, we saw him having more interest in showcasing his musical talents on the show than getting to know his new bride. Not only that, Matthew’s family didn’t know about him participating in MAFS, thus only Matthew’s friends attended his wedding. Ultimately, they decided to split. 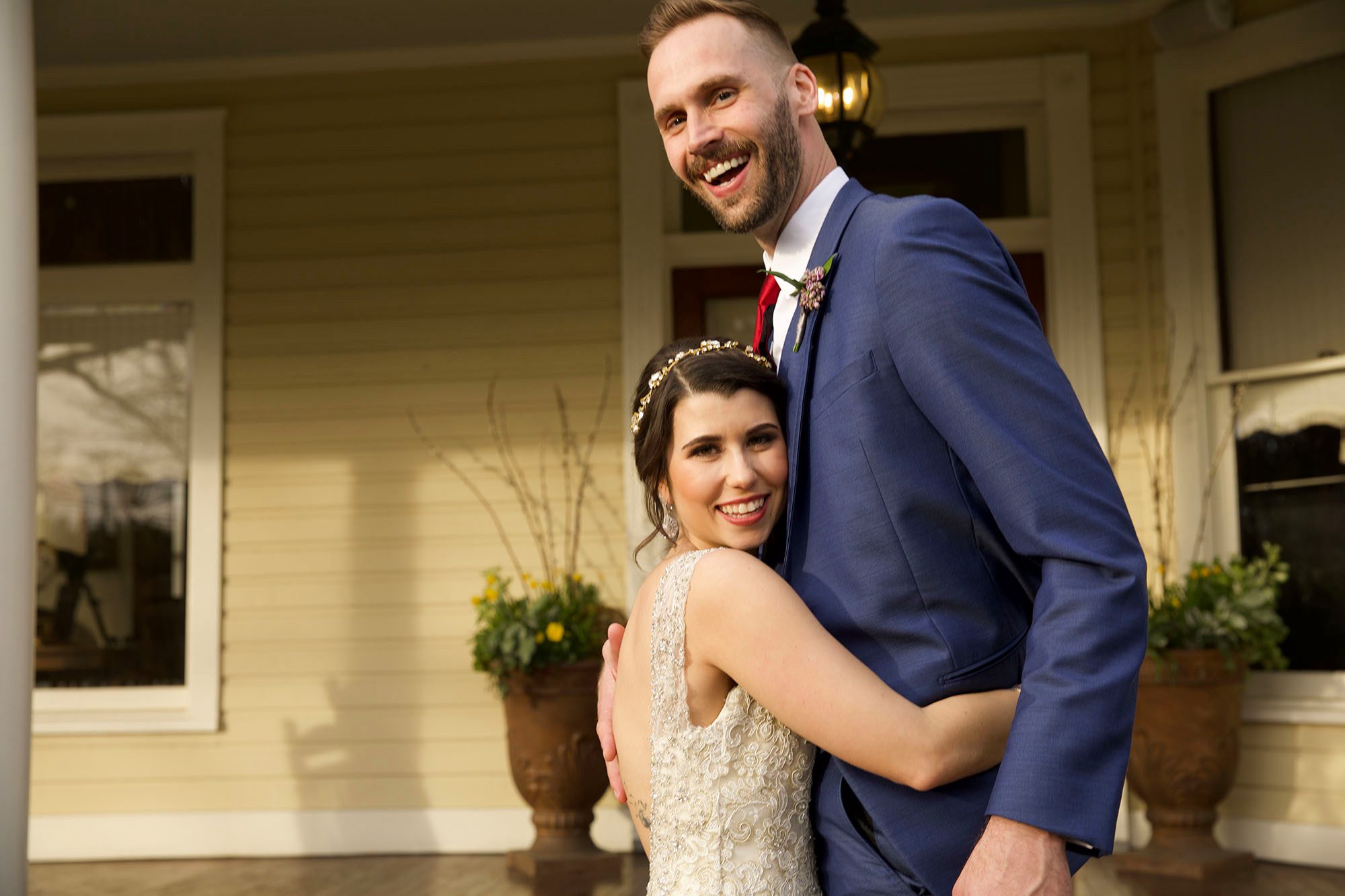 For Matthew Gwynne and Amber Bowles, it was, from the beginning, a bumpy ride.

Amber later said that Matthew did nothing for their Marriage to last or even anything for that divorce. She says that he completely wasted her time, which really frustrates her. She also said that even though she is working on finalizing the divorce, Matt has been slowing the process. After the split, we haven’t seen Matt with anyone to call it a relationship, at least that’s what looking at his social posts says. Instead, he’s enjoying his time with friends, as well as being active with sports.

Although, during her time in the show, Amber had said that she received intel from several people that her husband was spending most of the nights fraternizing with various women behind Amber’s back. And as for Amber, she confirmed that she’s now been dating another man, whom she once described as the kindest, the most patient person she knows. 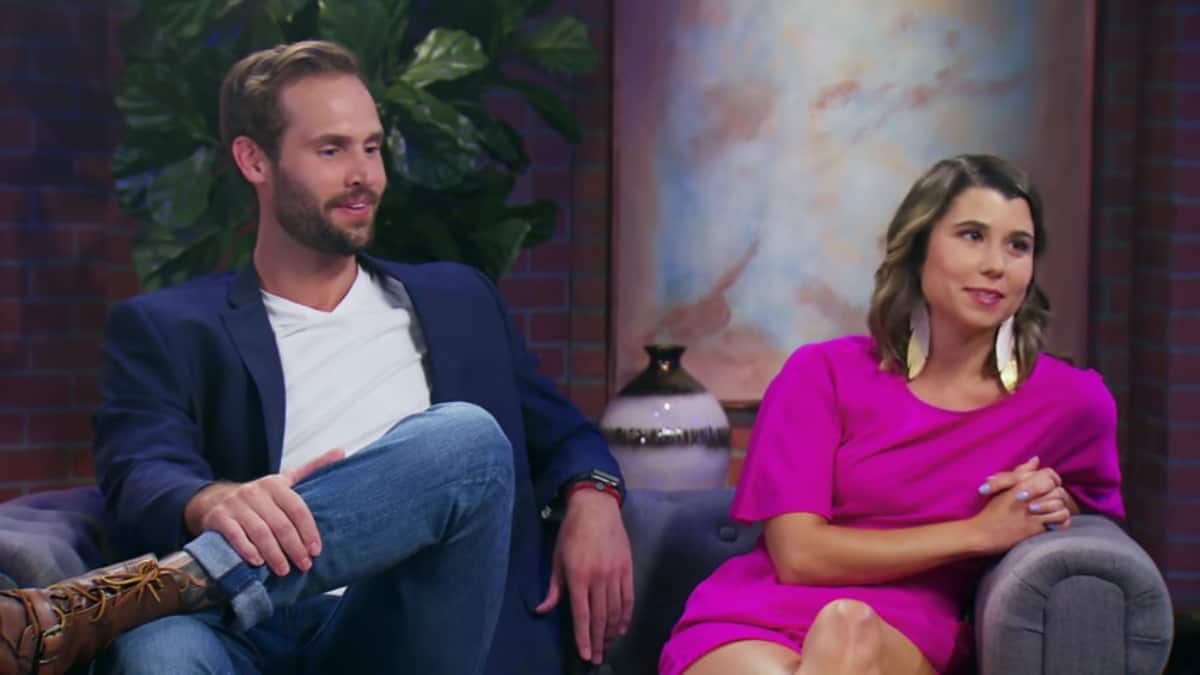 Amber later said that Matthew did nothing for their Marriage to last or even anything for that divorce.

About Married at first sight.

Married at First Sight is a reality show where the contestants will be marrying an individual selected by a team of experts. The contestants will only know who is their life partner on the wedding day only. The show is currently at its 13th Season 13, which features couples from Houston. The thirteenth season has been airing since  July 21, 2021. As for the fourteenth season of Married at First Sight, the show will feature couples from Boston. You can watch Married At First sight Season thirteen as well as all of its previous seasons on Amazon Prime Video.

Also Read: Who Is Coop In Real Life? All American Star’s Career & Achievements