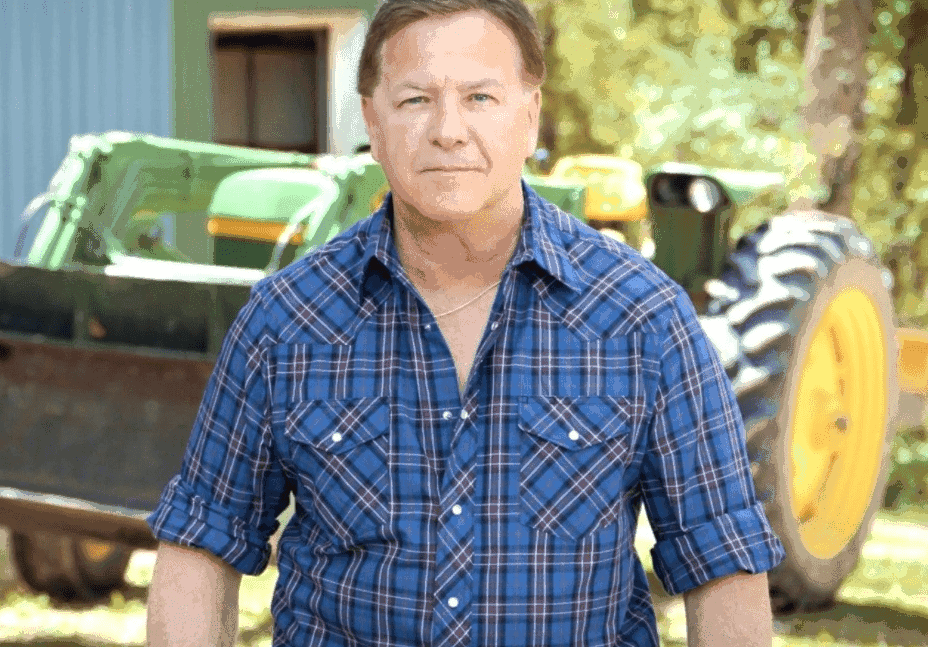 Mark McCloskey is the man who got viral on June 28, 2020, for being spotted with a gun along with his wife during the protests of Black Lives Matter and threatening the angry protestors in their St. Louis neighborhood. A protestor shoots the whole scene and uploaded it on Twitter, and it soon was viewed by thousands of people and angered them because of the insensitivity shown to the protest against racial discrimination.

Mark McCloskey then appeared on television and told in various interviews that his sole purpose was to save himself and his family as he mentioned to the protestors that his house is his “private property”, and the crowd was seemingly displeased by it shouted his name and demanded him to come out. However, after last summer Mark McCloskey once again became a talk as he recently announces he would go for a US Senate Run. Let us know more about Mark McCloskey and his net worth. 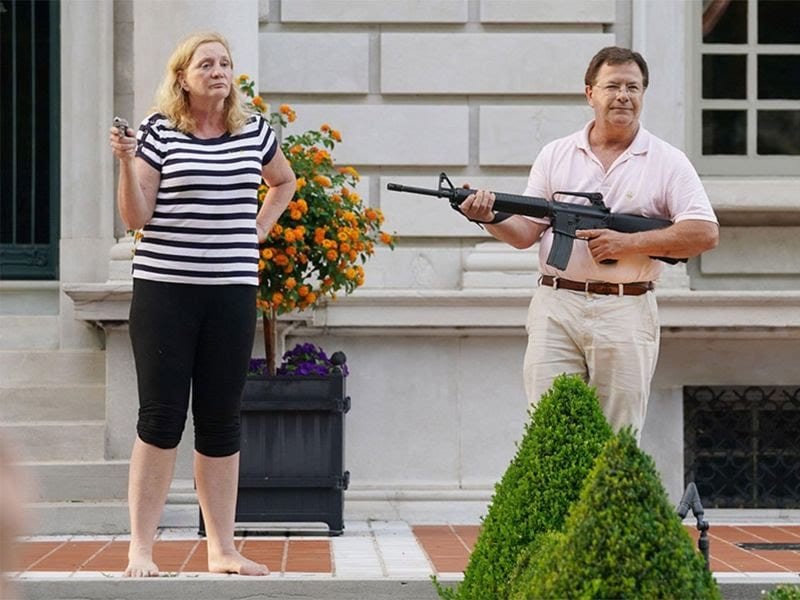 Mark and his wife was spotted with guns at the protestors

Mark McCloskey is a personal injury lawyer and works on his own farm, McCloskey P.C which was found in January 1994, according to the information provided in his LinkedIn profile. He got married to Patricia Noval McCloskey in 1985 and has a daughter, who is an adult now. Her wife who was spotted with a gun too and is also an injury lawyer business and also his business partner. Though there are no confirmations about their education and career, the information is collected from different websites, which states that Mark McCloskey graduated from Southern Methodist University and his wife from Pennsylvania State University. 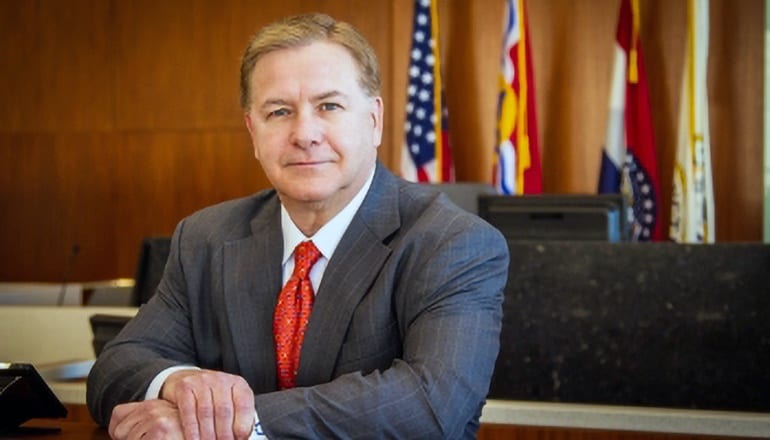 Mark McCloskey completed his school studies from Mary Institute and Saint Louis Country Day School in Ladue, Missouri, in 1975. It is said that the couple met at Southern Methodist University Law School, and they passed the university together. They have their office inside the historic Nieman Mansion in St. Louis’ Central West End and have been working there since 1985.

The couple has previously been on the news a few times, for the first time, they got featured in a magazine cover for the expensive renovation of their St. Louis estate in 1988. The estate is estimated to be $1.15 million, and they bought it from Edward and Anna Busch Faust. They were mentioned in an article published in The St. Louis Post-Dispatch where Patricia opposed the idea of cohabitation in the Portland Place neighborhood and HOA, which means Homeowner association which is owned by real estate developer mainly for their business needs. They are also homophobic as they avoided the idea of gay people staying in the neighborhood.

What Happened In The Black Lives Matter Protest In Details? 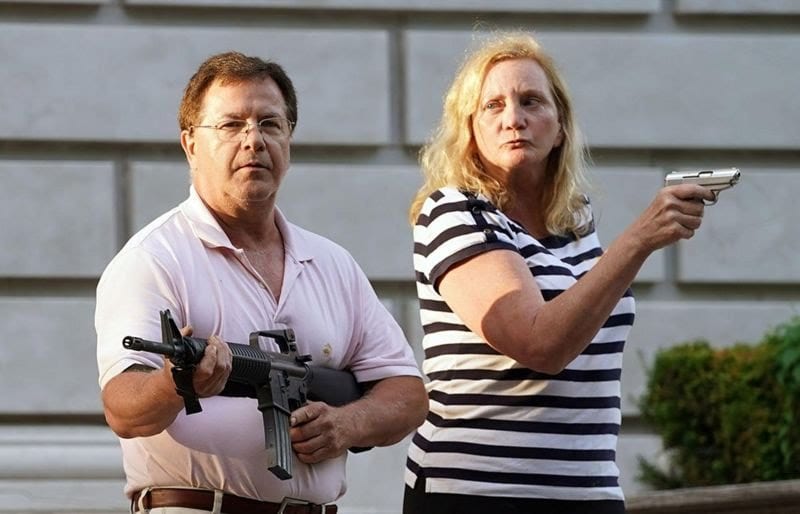 George Floyd, an African American artist who was murdered on May 25, 2020, by police after he was accused by a store manager that he passed a counterfeit $20 bill in Minneapolis. A particular police officer placed his knees on George’s neck for 9 minutes and 29 seconds, and after it was captured and posted on the internet, people all around the world protested against the injustice that black people has to face. His death became a massive global movement against racial injustice that has been prevalent for ages, and his last words “I can’t breathe” was used as slogans in the protests.

The protestors of different ages, colors came to the streets to protest against it, and on June 28, 2020, there was a protest of nearly 500 people in St. Louis and demanding the resignation of Mayor Lyda Krewson. And the angry mob was trespassing in a private community that belonged to Mark and Patricia McCloskey. After watching the crowd, Mark and his wife screamed “private property” and ”get out” which in turn angered the crowd more, who demanded them to come out of their house. The couple came out carrying guns, and the video went viral. Though no guns were fired cases were filed against them by Kimberly Gardner, the circuit attorney for St. Louis, Missour. And the case is still ongoing.

What Is The Net Worth Of Mark McCloskey? 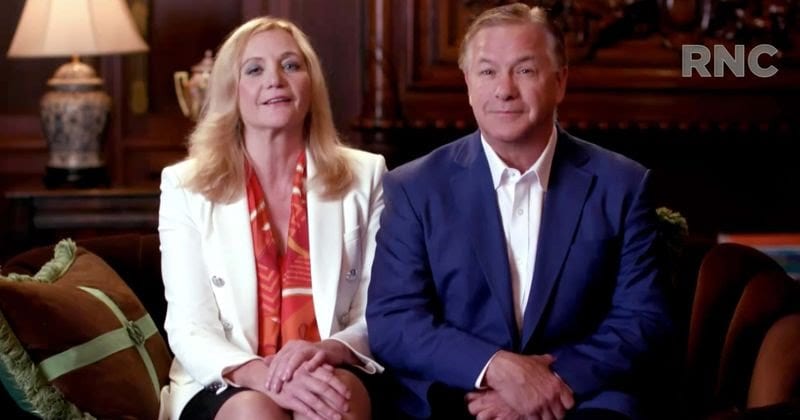 After the accusations against them in the previous year, they appeared at Jackson County GOP dinner and announced that Mark is considering running for Missouri’s open Senate seat in 2022. The couple is also wealthy lawyers and owns expensive real estate too.

The 62-year-old lawyer Mark McCloskey has a net worth of $50 million.