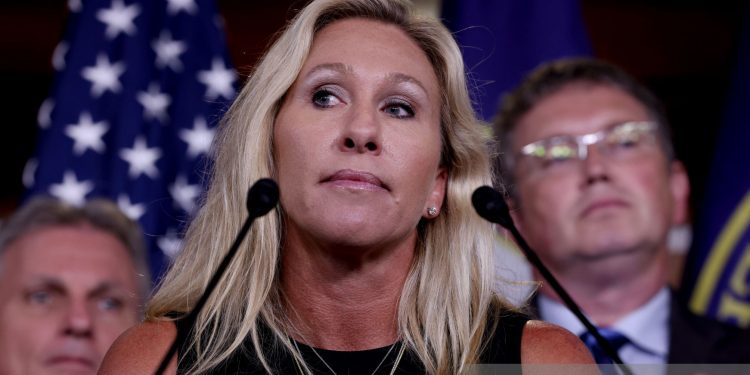 Nowadays, people are curious to know about Marjorie Greene’s Affair. Well, this article will deal with that primarily. Greene and her husband own a commercial construction and remodeling company in Georgia. After her Democratic opponent Kevin Van Ausdal pulled out of the election in September 2020, Greene won a US House seat from Georgia’s 14th congressional district in November 2020. Greene has already been criticized for several problematic social media posts and comments made during the 2016 US presidential election. She has openly backed the far-right QAnon conspiracy theory and has displayed racist remarks in public on several occasions.

Despite the fact, the Republican representative was a favorite of former President Donald Trump, who applauded her and even referred to her as a “potential Republican star” on several occasions. Trump has declined to condemn the QAnon conspiracy theory, which claims that the former President is secretly combating a high-level child sex-trafficking organization. Greene distanced herself from the QAnon conspiracy after being criticized by many Republican officials for promoting it during her primary campaign against fellow Republican candidate and neurosurgeon John Cowan, but she did not formally denounce it. According to CNN, Greene took down hundreds of Facebook postings from 2018 and 2019 in which she publicly supported a variety of fringe conspiracy theories and expressed support for the execution of Democrats.

Why are people curious to know about Marjorie Greene’s affair? A decade ago, the Republican representative had multiple “brazen” romances with her spouse. The Georgia congresswoman allegedly had affairs with polyamorous tantric sex guru Craig Ivey and her gym manager, Justin Tway, while married to her husband of 25 years, Perry Greene. The couple’s alleged extramarital affairs did not split them up, as Perry, 49, is still at her side. The congresswoman’s former boss at the CrossFit gym in Alpharetta, Georgia, billionaire Jim Chambers, told the Mail that she’d had the affairs when she worked for him in 2012, the first being with “Tantric Warrior” Ivey.

Ivey, 42, is now living in a trailer with his partner in Washington state, and he and another couple have purchased a house in Buckley that they hope to renovate into a polyamorous commune. He enjoys trying to recreate medieval battles and describes himself on Instagram as “living a warrior lifestyle while discovering tantric love.” “I will not comment to anything about this,” he told the Daily Mail. Justin Tway, a new manager for Chambers,’ was appointed.

Twitter has permanently banned and deleted Republican Representative Marjorie Taylor Greene’s personal account for tweets on Covid-19 that violated the social media platform’s disinformation policy. Greene tweeted on Saturday about “very high numbers” of deaths linked to the COVID-19 vaccines. Following the deactivation of her personal account, Greene took to Telegram to call Twitter an enemy of America that can’t handle the truth. “Content that is demonstrably false or it misleads and may lead to considerable risk of harm (such as greater exposure to the virus, or detrimental consequences on public health systems) may not be shared on Twitter,” according to Twitter’s Covid-19 misleading information policy.

To be considered in violation of this policy, content must either promote a claim of truth in definitive terms, be manifestly incorrect or inaccurate, based on generally available, authoritative sources, and be likely to affect the safety of the public or cause serious harm. Violations of these policies will result in a strike system that works on a scale of 1 to 5. If the account holder has received five or more strikes, the account will be permanently suspended.

After proposing that the Democratic Party is a “tyrannical regime” that Americans can oppose using their right to bear arms, Marjorie Taylor Greene spoke of a “national divorce.” “Democrats despise our Second Amendment rights. Because, in the end, it’s our Second Amendment rights, our right to bear arms, that protect Americans and allow us to defend ourselves against a tyrannical government,” Greene said on Tuesday’s episode of “America First,” a right-wing podcast hosted by Sebastian Gorka, a former adviser to President Donald Trump. “And, as much as I dislike using this terminology, Democrats are doing exactly what our Founders intended when they granted us these priceless rights.” Greene added.

Also Read: Is Raven Bowens Pregnant? Everything To Know About the Pregnancy Rumours

Who is Gavin Creel Dating? The American Actor’s Love Life 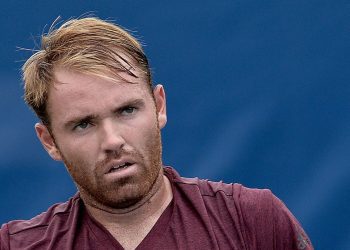 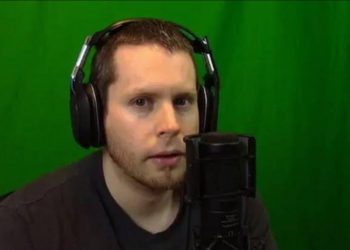 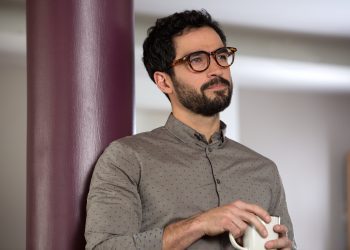 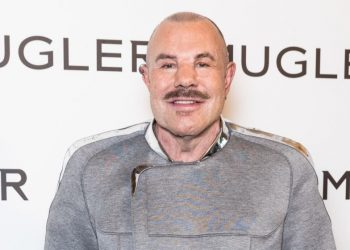