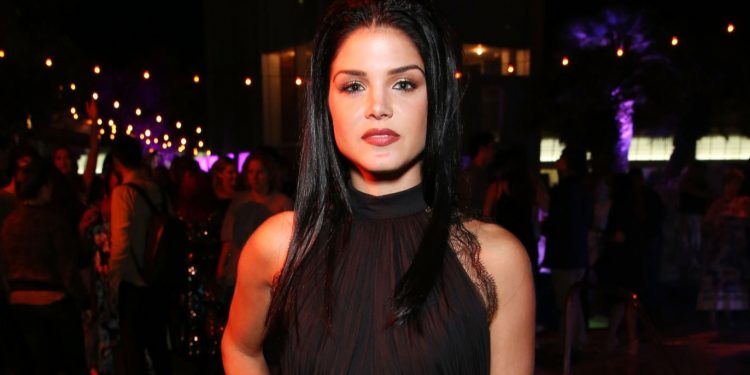 Marie Avgeropoulos is an actress and model who is active in both the television and film industries. Even though she is of Greek descent, she is a Canadian by nationality. Do you know what Marie Avgeropoulos’s Net Worth is? Well, her role as Vaali Wooley in “I Love You, Beth Cooper” from 2009 was critically acclaimed. Avgeropoulos then appeared in various television shows and movies, which led to her popularity. Other notable roles of her include Kirstie in Cult, Octavia Blake in the science fiction series ‘The 100′, and Kim Rhodes in Hunt To Kill. Marie has also made her appearance in many other films and television shows in addition to all this.

As for her personal life, Avgeropoulos’ relationship with Taylor Lautner has been quite a widely discussed topic. The two officially dated for a few months but later decided to separate. With her talent and beauty, this actress definitely has a bright future in the show business. She currently resides in Los Angeles. As a person, Marie is very open-minded, empathetic, and a bit shy. And, according to her, these traits are her strengths and weaknesses because although Avgeropoulos is very sensitive to her own emotions and those of others, the same vulnerability will cause her to hold back and repress her significant talents.

What is Marie Avgeropoulos’s Net Worth?

Marie Avgeropoulos’s net worth is estimated to be approximately $2 million. She earns her income mainly through her career by making her appearance in films, television shows, and commercials. Marie has also appeared in advertisements for Toyota Scion and the Credit Unions of British Columbia. She is perhaps best known for her participation in seven seasons of the series “The 100” between 2014 and 2020.

This charismatic actress has appeared in a number of hit films, and her immense success in these films has contributed to her sizable net worth. Apart from being an amazing actress, this diva is able to do some behind-the-scenes photoshoots as well. This had also helped her income to grow. However, when you look at her popularity, her actual wealth and fortune could be much more. Marie is also very active on social media. She is not available on social sites like Facebook. But her Instagram and Twitter accounts have more than 3 million and 432k followers, respectively.

Marie was born on June 17, 1986, in Thunder Bay, Ontario, Canada. The name of her father is Philip Avgeropoulos, and her mother’s name is Augusta Avgeropoulos. As a child, Marie loved hunting, fishing, and camping and enjoyed spending time outdoors. She had studied television journalism in her hometown for about two years and then moved to Europe. However, a few months later, she returned and settled in Vancouver. She then started her career in television and film.

Marie Avgeropoulos has a lot to say about her personal life. Marie Avgeropoulos is currently dating her partner from the film Jiu Jitsu (2020), Alain Moussi, an actor and stuntman. The couple started dating on July 6, 2019. She has also had several romantic alliances before. She had also dated the great actor Taylor Lautner. They met on the set of the film Tracers in the year 2013. After dating for two years, they ended their relationship in 2015. She was then rumored to be dating Shawn Roberts. Marie also has a pet dog named Chewy.

Acting is in the blood of Marie Avgeropoulos because her mother worked in the same industry. At the age of 16, she started playing the drums. Due to her excellent drumming skills, she was invited by one of her friends to some casting call in Vancouver. Marie’s talent did not go unnoticed, and talent agents picked her up, and she made acclaimed appearances in many national commercials. During this phase, director Chris Columbus noticed her and realized her talent. She then signed into the film “I Love You, Beth Cooper”. This was Marie’s first feature film, and her role was appreciated by critics and audiences alike.

She received immediate recognition, and it opened up opportunities for more films and television shows. The year 2010 was important in the life of Marie Avgeropoulos. Marie played the role of Kim Rhodes in the film “Hunt to Kill,” and this role became a landmark in her career and took her to new heights. Meanwhile, she is also involved in television. In the year 2013, she appeared on CW’s “Cult”. The recurring roles on the series gave her a new identity.

However, the show failed hardly to gain popularity and was eventually canceled after episode 7. Marie’s television career took a boost again when she appeared in CW’s new science fiction series The 100. She portrayed the character of Octavia Blake. Her role also got noticed in the heavily CGI fiction “Percy Jackson & the Olympians – The Lightning Thief,” although the film gained mixed reviews. In her career so far, Marie has chosen roles in films that focus on various aspects of the human mind.

Shaq’s Relationship: Who is The Famous Personality Dating?