Did Marcus Rashford break-up with Lucia Loi? Why did the footballer end his long-term relationship? The English footballer has been in the headlines for the past couple of weeks because of his performance at the English Premier League and UEFA Champions League, but it is not the only reason for him being in the spotlight. The Man United star’s personal life is getting a lot of attention recently, as the British forward broke up with his long-time girlfriend. Therefore, everyone wants to know the answers to questions like: Why did Marcus Rashford break-up? Is the English player married or single at the moment? Whom Rashford dated in the past?

Rashford has attracted the eyes of soccer fans since his early days in the sport. Now he is the Number 10 for the English giants, Manchester United FC. Further, he also plays as a forward for the England Men’s National Team. Usually, fans are always keen to know about the lives of their favourite players. It is very difficult not to get interested in the life of this young and handsome Briton soccer player. But the athlete tends to keep his life a little private. However, there is nothing to worry about, as we got everything you need to know about Marcus Rashford break-up and professional life.

Who Is Marcus Rashford?

Marcus Rashford is an English Football player who hails from Manchester, United Kingdom. From a very early age, he showed his talent for football. Therefore, he got enrolled in the Manchester United youth academy. He completed his schooling in his hometown at Ashton-on-Mersey School, where most of the Man United youth players go. Later, Rashford bagged many titles during his youth career. Many sports pundits saw his potential and called him an excellent prospect who can dominate in the sport one day. 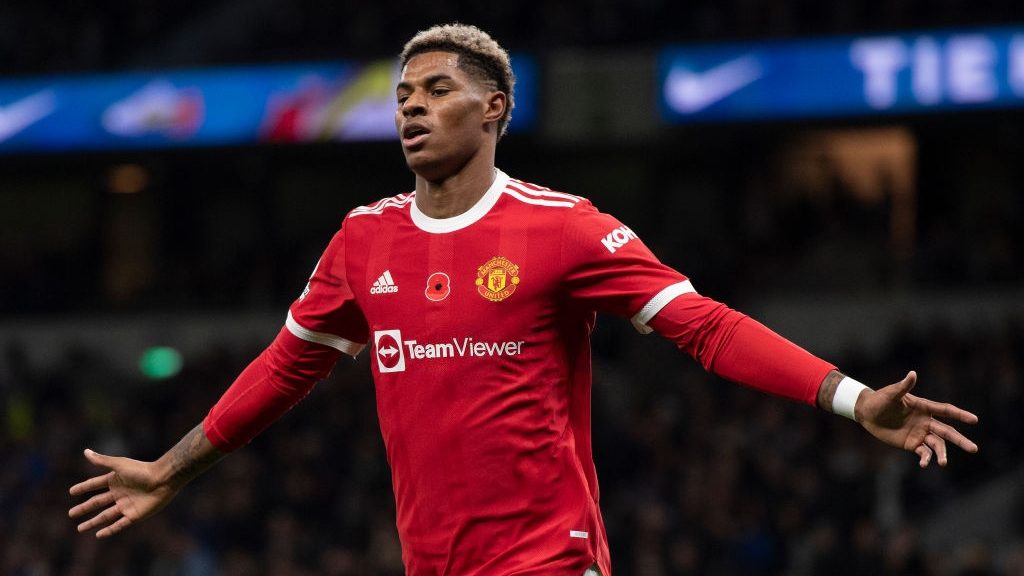 But everything started for him when he began playing for the Manchester United U-15 team, where he bagged many awards and even got the attention of other Enligh clubs like Everton and Liverpool. Many experts named him the Best Prospect of the Next Generation in 2014 for his performance in the youth league of the season 2014/15. Later, he again came to attention because of his performance at Under-19 Manchester United and England squads. He even captained the U-19 Man United team, and the manager claimed him to be a natural leader.

In 2016, he made his debut for the senior Manchester United squad. Since then, he has been blowing the minds of football fans with his game at the club and international level. However, under the new manager, Manchester United is struggling at the Premier League and UEFA Champions League. Therefore, Marcus Rashford is also having a tough time playing under the new coach. However, his performance in the senior England squad is phenomenal. The English national team failed to win the Euro 2020, but their performance in the Qatar 2022 World Cup Qualifying Rounds was mind-blowing.

Also Read: Harry Maguire’s Net Worth: How Rich Is The Manchester United’s Captain?

Why did Marcus Rashford Break-Up?

Marcus Rashford recently broke up with his girlfriend, Lucia Loi. Since the news came out, it has been spreading like a raging wildfire, and fans are eager to know what happened that Marcus Rashford parted ways with Lucia Loi. The English footballer met his sweetheart when he was in school days, and it’s been over eight years since Rashford and Loi were together. 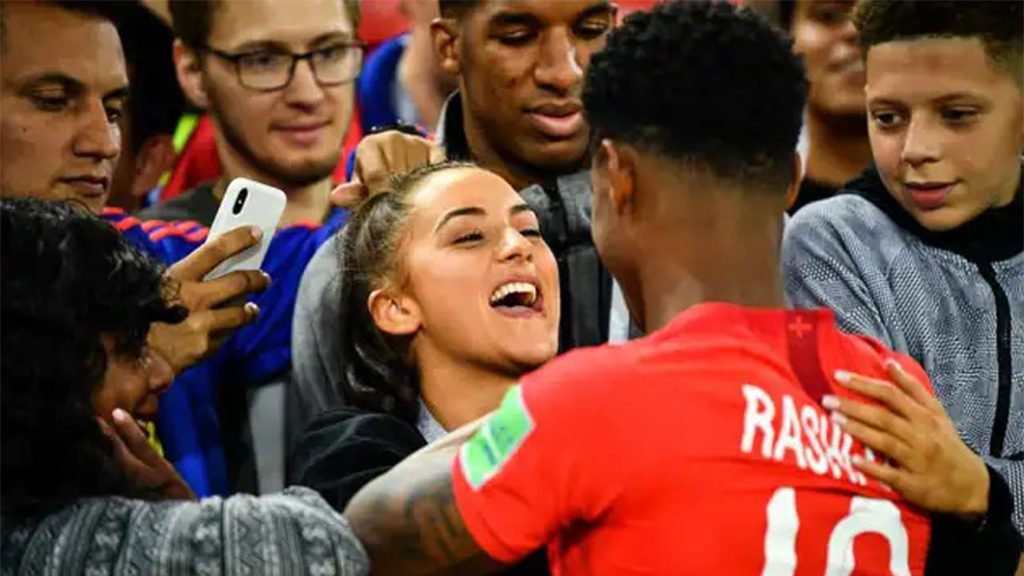 Lois Loi works as an account executive in a firm in Manchester, and she graduated in Advertising and Brand Management. The footballer was living with his girlfriend in Machester. Also, Lois was seen many times accompanying Marcus to his matches.  She always supported the English forward, as she donned Manchester United or England shirt with Rashford’s name and number on her back while visiting the stadium for his matches.

When everything was going so well so what happened was that the couple decided to split. Many sources claim that the reason behind Rashford break-up is the pressure from the COVID-19 lockdown. The world has been witnessing a global pandemic since 2019. Because of the coronavirus pandemic, literally, the whole world was under lockdown. So, Rashford spent a lot of time with his girlfriend during the lockdown. But it seemed to stay too much time together made the young couple feel pressurized; thus, they decided to break up.

Is Rashford Dating Someone After The Break-Up?

After breaking up with his long-time girlfriend, Lucia Loi, Marcus Rashford isn’t dating anybody. The English footballer, after his break-up, isn’t interested in dating someone at the moment. Instead, he wants to focus on his game. As Man United has gone down to eighth place in the EPL thus, he needs to step up his game. Also, he has important matches to play with his club in another major tournament, UEFA Champions League. Apart from his club, the 23-year-old is also busy with his national squad for the upcoming 2022 Qatar World Cup. 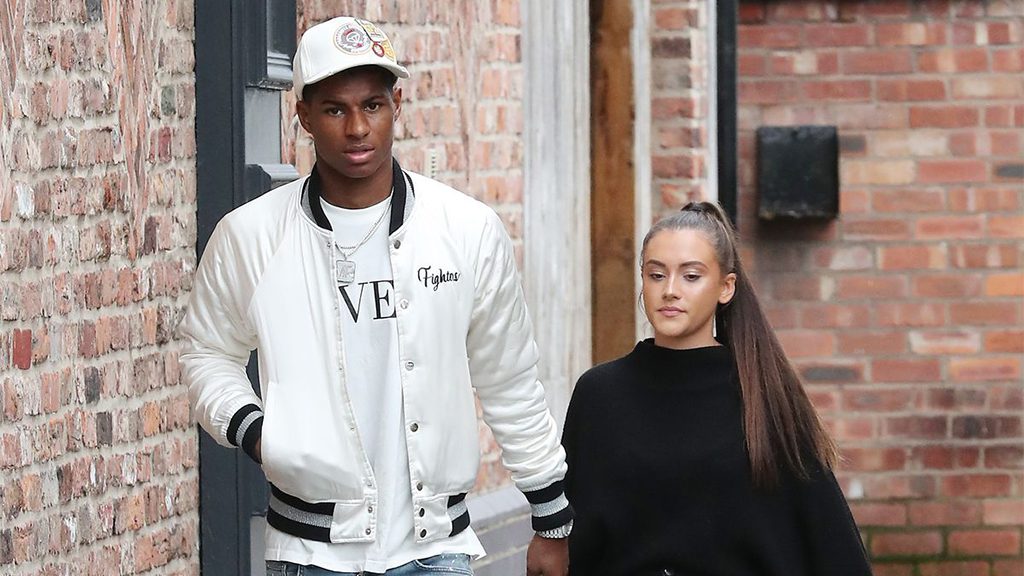 Further, Rashford claimed in a recent interview that he and Lucia Loi broke up on a positive note. They still love each other and also have mutual respect for each other. Thus, there are many speculations surrounding the English footballer’s love life that suggests that Rashford and Loi are on a break. Thus, they might again get together after a short-time breakup. As for now, we know the English footballer is single and not dating anyone. But it might soon change in the future.

Also Read: Marcus Rashford Net Worth in 2020 and All You Need to Know