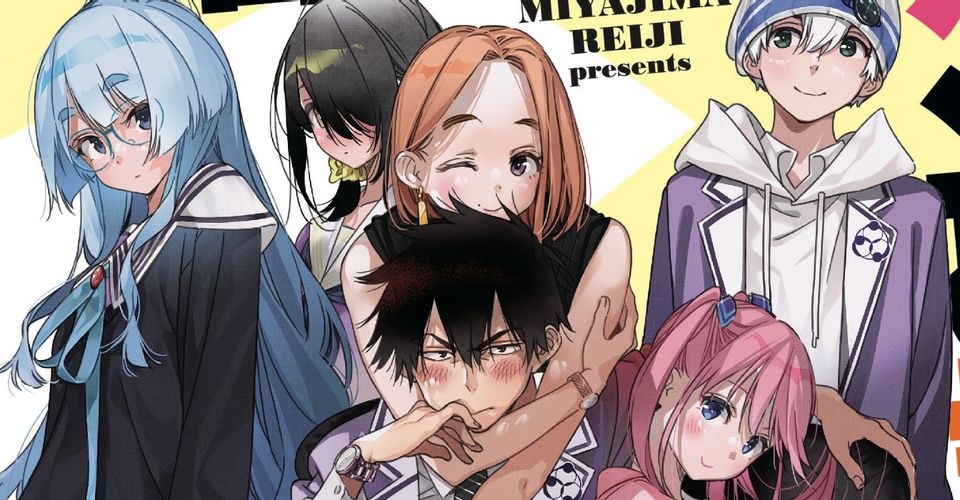 Children of the Shiunji Family

Rent A Girlfriend is a 2020 adaptation of a manga, which is written by author Reiji Miyajima. This romantic-comedy anime grew really popular among romance-loving fans. The manga itself had major success and took the top spot as the number one manga of 2020 with 700,000 digital sales! The anime grew even more popular and soared to new heights. Miyajima, the author even tweeted that the series had taken fourth place in Netflix Japan’s highest-ranked programs. Even Season 2 of the anime is announced, and the mangaka has completed 24 volumes of the manga. It is still ongoing.

However, the mangaka has posted a tweet on 25th January 2022 that he will be writing a new manga! The manga will be a romantic comedy manga coming in February. It’s called “Children of the Shiunji Family”. The new work will be serialized on Young Animal No.5 on 25th February 2022. It will feature 7 brothers and sisters who are involved in a forbidden romantic relationship.

Shiunji-ke no Kodomo-tachi features seven siblings of the Shiunji family. According to Miyajima’s tweet, the series is a “forbidden romantic comedy” of the 7 brothers and sisters. The fans have expressed their disappointment on Twitter since the manga is going to feature forbidden romance among brothers and sisters. It’s rumoured to be incest, which is quite a sensitive topic and is morally wrong among most societies. The manga is going to release on 22nd February. It will be in Japanese and will publish online on the mangaka’s Fanbox account.

Miyajima is currently taking a hiatus from this manga, but he’s expected to continue Rent-A-Girlfriend. Often Mangakas get bored with making the same manga for years. Now that the manga which will be used to make Season 2 is already ready, he doesn’t need to focus on Rent-A-Girlfriend for the time being, hence he is trying something new. Rent-A-Girlfriend’s manga was released in 2017. It is really popular and more than 8 million copies were sold worldwide. The story features Kazuya Kinoshita, who is a kind yet heartbroken immature college student. He tries a dating service after getting dumped by his girlfriend. Soon, he is matched with his neighbour who also happens to live next door. Her name is Chizuru Mizuhara and she is a beautiful woman. However, Chizuru is much more than a pretty face with a cute aura! 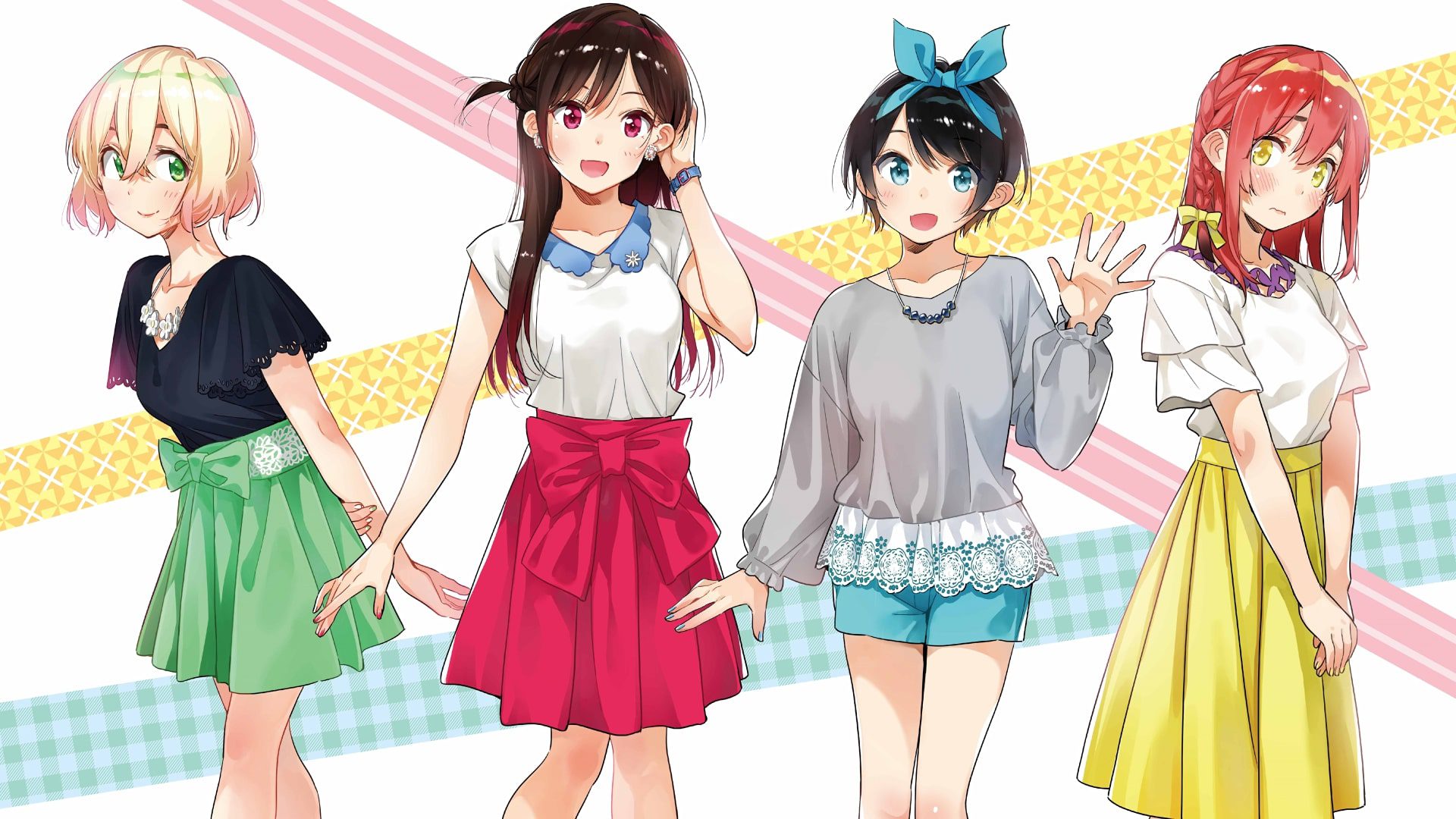 “A splendid and luxurious mansion in a prime location in Tokyo. There lived the seven brothers and sisters of the Shiunji family, who were immensely beautiful. Arata, the eldest son, asks his younger sister Shion for advice on how to get a girlfriend, something he has never had in his 17 years of life” Miyajima

He gives her a low rating after thinking of his chaotic experience. However, the situation twists and takes a turn when Kazuya ends up introducing Chizuru to his hospitalized grandmother, who soon takes a liking to the girl. Soon, they are forced to pretend to date after a hilarious misunderstanding with Kazuya’s family. Kazuya discovers how complicated it is to “rent” an emotional connection, and his new “girlfriend”. Both of them try to hustle about their little secret, but panic when Chizuru finds out that Kazuya is her next-door neighbour! Their story is intertwined and a fun watch. Starting from family, friends, school and life, everything starts to go wrong. It’s quite a sweet romantic comedy when a naïve boy meets a cute and chaotic girl in this rom-com! The anime has 12 episodes and it was aired in 2020. It is supposed to have a Season 2 sometime in July this year.

Also read: Trapped in a Dating Sim: The World of Otome Games is Tough for Mobs Anime: First Key Visual

The author of Rent-A-Girlfriend and “Children of the Shiunji Family” has a Youtube Channel where he puts up videos while drawing mangas, with his voice narrations and puts manga chapters into videos with a piece of jolly music in the background. These are really aesthetic to watch, and pretty interesting as well since not all mangaka prefer a public life. Most of them are only active on Twitter. Miyajima even has a video of doing a live sketch using pen and paper. One of the playlists focuses on his personal life where he shot a video of his dog going on a run with him. He was also featured in a famous Youtuber’s video called “Paolo from Tokyo” in 2019, just before his manga was made into popular anime. This video is called ‘Day in the Life of a Japanese Manga Creator’ and is available on Youtube. It reveals Miyajima’s everyday life.

Where to watch Rent-A-Girlfriend?

The anime series is available to be streamed from Crunchyroll. 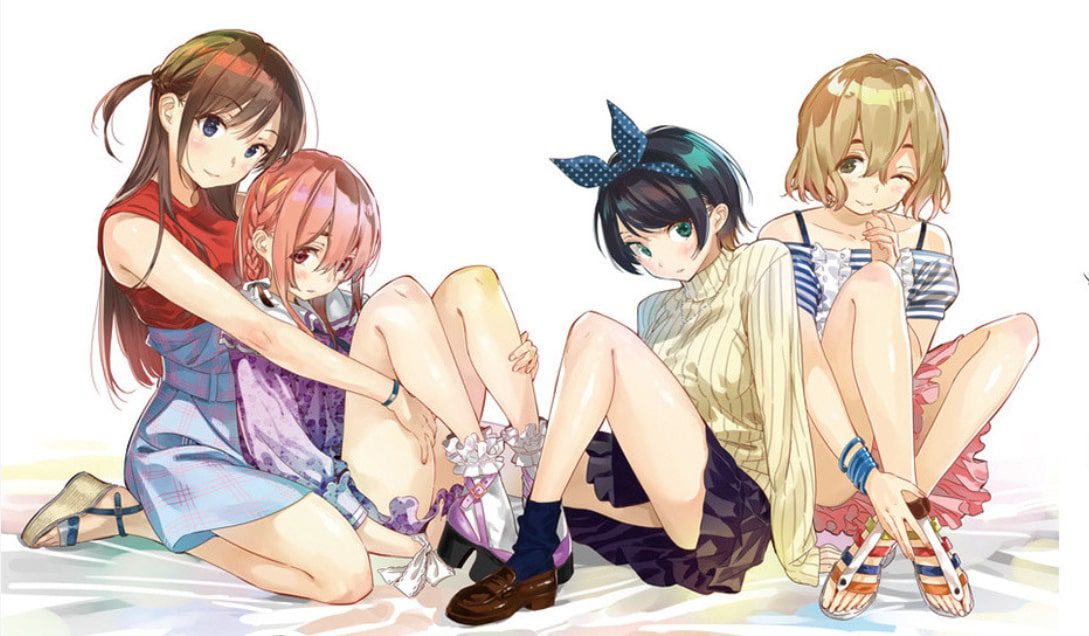 The 4 sisters of Shiunji Family

Where to read Rent-A-Girlfriend?

The Rent-A-Girlfriend manga is available in English from Kodansha. An English release for Miyajima’s new manga “Children of the Shiunji Family” has yet to be announced.