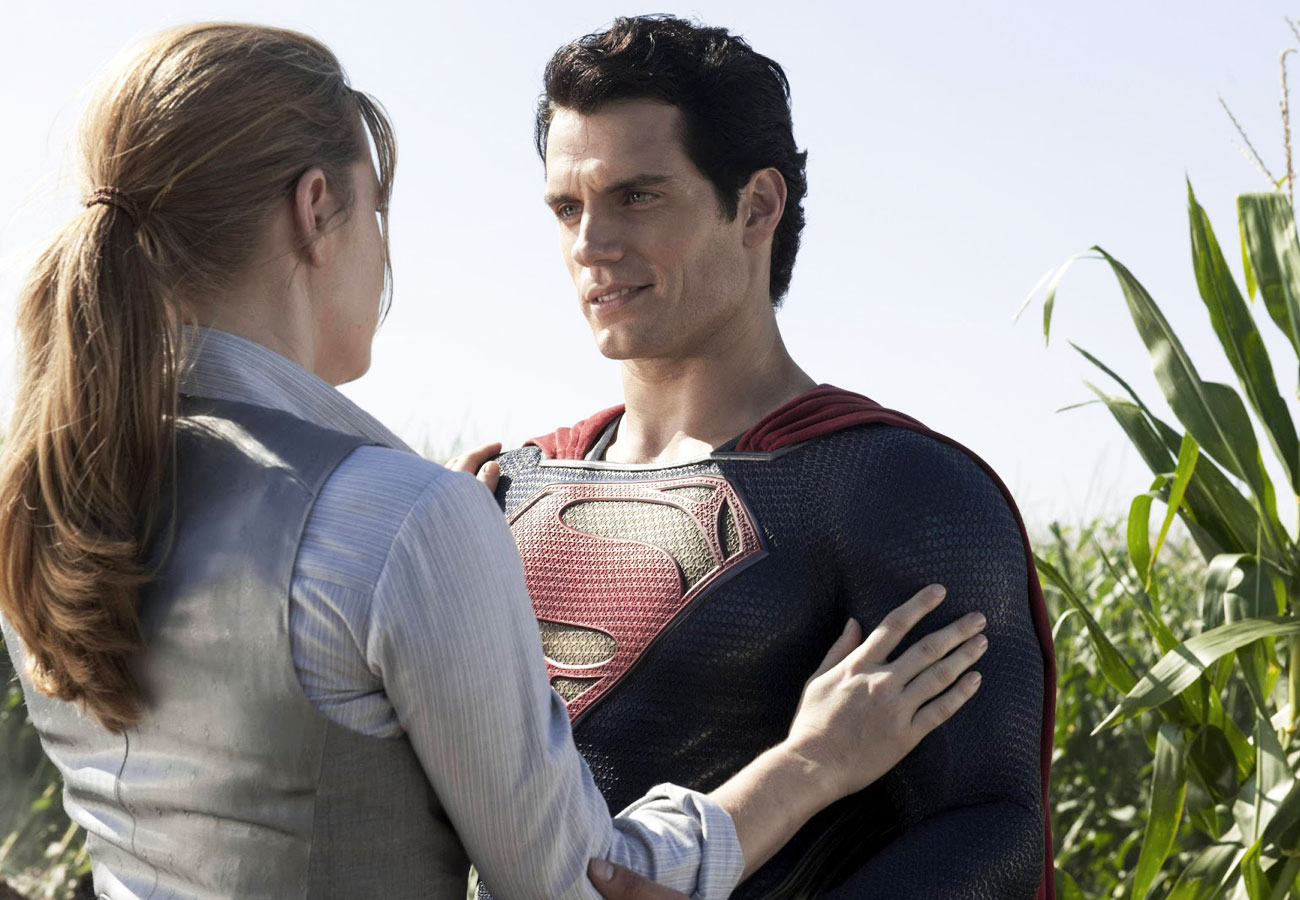 Man of steel is an American superhero action movie released in 2013. The film is based on Superman, a character from DC Comics. The movie is the sixth follow-up in the Superman series. The movie is directed by Zack Snyder, written by David S. Goyer. The movie starring Henry Cavill, Amy Adams, Michael Shannon, Kevin Costner, Diane Lane, Christopher Meloni, and Russell Crowe. The film is a Warner Bros Legendary Pictures, DC Entertainment, Syncopy, and Peters Entertainment production.

Superman is a fictional superhero who first appeared in the DC comic book Action in 1938. His character is created by writers Jerry Siegel, Wayne Boring, and artist Joe Shuster. He is one of the famous and most favorite superheroes of young kids. He is considered as one of the most powerful beings, who is raised with high morals and protects innocent people with his superpowers and strength. He lives with the identity of Clark Kent, who is a gentle and polite reporter.

On the planet Krypton, Kal-El is born to Lara-El naturally, instead of by genetic engineering. Jor-El, the chief advisor of Krypton’s supreme council, suggests the council pass the control of the genetics codex to him. He states that the planet is unstable and on its edge of destruction. The Council dismisses him by saying that the planet Codex is stable. Before anything could happen, General Zod, who is Jor’s old friend, and his soldiers, attack the Council. Zod asks Jor to join him, as the Council rejected him. Jor refuses his offer and gets arrested. He somehow manages to steal the genetic codex sought by Zod and infuses them into the DNA of his infant son, Kal-El, as Krypton is getting doomed slowly. He was the first Kryptonian child born naturally.

Jor sacrifices his life as he gets killed by Zod, thinking about his son who could escape Krypton in a spacecraft that he built. His wife Lara launches the spacecraft and sends him to the Earth. Zod and his followers get punishment for their betrayal and get sentenced to exile. And the planet gets detonated.

Kal’s spacecraft crashes and lands on Earth in Kansas. A childless couple finds him and raises him as their own son and names him Clark. Clark slowly develops supernatural powers and has a tough time hiding them, which also made him isolated. He got to know about his true origins from his father, Jonathan; he asks Clark to hide it from the world as he was afraid of the consequences. After few years, Jonathan dies in a tornado; despite knowing that his son could help him, he disagreed with it to save him from other’s curiosity. Clark feels guilty for not saving his father and decides to travel to other places.

A reporter Lois Lane receives the assignment of searching about the discovery of a Kryptonian scout ship in the Canadian Arctic. Fortunately, Clark finds a job in the origin of the ship he came from. He activates its central computer and communicates with artificial intelligence and finds out he was sent to Earth to guide its people and gives him a Kryptonian uniform that bears his family’s symbol. Clark was watched by Lois, who unintentionally triggers its security system. Clark wears his uniform and examines his powers to be able to fly. Lois tried to say this story to her publisher, but everyone denies believing it. Lois tries to convince Clark, but after hearing his story and his father’s sacrifice, she decides to keep his identity a secret.

On the other hand, Zod escapes and reaches Earth. He sensed Kal’s presence (Clark). He broadcasts a global address asking him to surrender or face war. Clark, in his normal identity, meets the United States Air Force accepts to obey them, and Lois joined him. Zod threatens them by saying that he has a terraforming device called a World Engine, with the help of which he wants to transform Earth into Krypton. His scientists inform him that Clark’s genes create a Kryptonian colony and build a society based on Zod’s ideals of genetic purity.

By using the ship Jor-El made for him, he, along with Lois, goes to warn the U.S. military of Zod’s plan, and it may result in an explosive conflict between them. Zod releases the World Engine from the Kryptonian ship and begins firing, which causes serious damage to the city of Metropolis. Clark destroys the World Engine. The US military shoots a suicide attack and sends Zod’s other ships back to Phantom Zone. This angers Zod, and he vows to destroy Earth and its people.

Meanwhile, Zod and Clark fight across Metropolis. Zod proceeds to harm the people, and Clark begs him to stop. When he doesn’t, Clark kills him, though he didn’t plan it. When he returns, everyone is already aware of the superhero and names him “Superman” and also has a military coding where the government agreed to let him do everything, unless he turns against humanity. He finds a job as a freelance reporter for the Daily Planet.

The movie is directed by Zack Snyder and produced by Charles Roven, Christopher Nolan, Emma Thomas, and Deborah Snyder. The story is written by David S. Goyer and Christopher Nolan. The cinematography is done by Amir Mokri, and the music is directed by Hans Zimmer.
The movie is 143 minutes long. It got released on June 14, 2013, in UK and US. The movie had a budget of 225–258 million dollars and earned a box office of 668 million dollars. The movie received 46 nominations and 7 awards.

Henry Cavill played the role of Kal-El or Clark and Superman; he was an alien sent by his parents from Krypton gets received by a childless couple. They try their best not to reveal their power and identity in front of other people, as they were scared. Henry Cavill is the first non-American actor to play the character “Superman.” Superman is a powerful character; he was isolated Because of his supernatural powers. He’s alone, and no one is like him. He uses his superpowers to save innocent people from danger. Henry had to gain a lot of weight for his character. His performance was well appreciated by the audience and did total justice to the superhero character, which is tough by his physical appearance, yet has a sweet side. 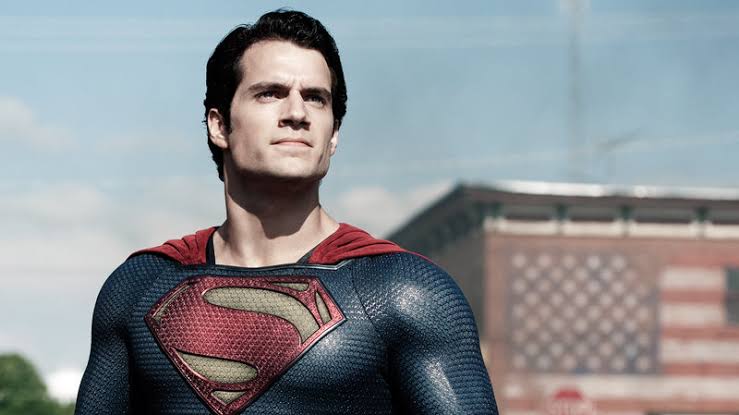 Henry Cavill as Superman or Clark

Amy Adams plays the role of Lois Lane, who is a reporter for the Daily Planet newspaper and was given the assignment to find out about the Kryptonian ship. She is tough and smart and an independent free-ranging journalist. She also plays the love interest of Clark Kent, and who solely knows about Clark’s true identity.

Michael Shannon plays the character of General Zod, who is a Kryptonian general who possesses the same superpowers as Superman but has evil intentions. He wanted to transform the Earth into a new Krypton where people would live up to his own principles. He is the villain in the movie and is one of the most forbidden enemies of Superman. He delivered an intense performance. Kevin Costner plays Jonathan Kent, who was the adoptive father of Clark and also sacrificed his life to not let people know his son’s true identity and superpowers. 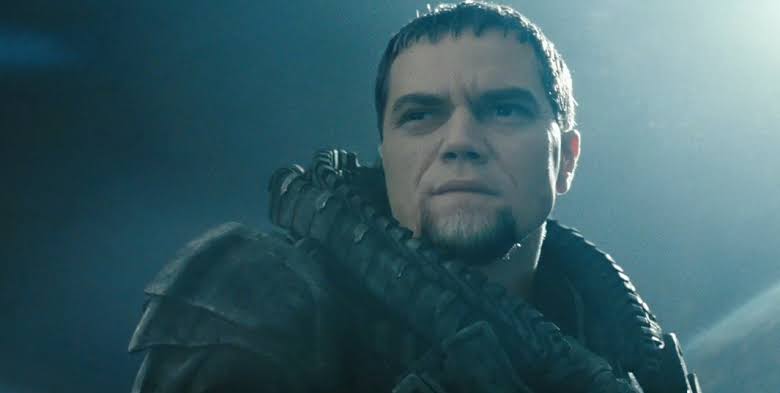 The brilliant acting of the performers is one of the greatest attractions of the movie.

Critics and Audience review of the movie Man Of Steel-

The movie has received mixed reviews all over. The movie got praised for its action, performances, soundtracks. The movie was overly dark-toned, serious, violent, and complicated with its storyline and action sequences. The movie has no humorous or a light side in it. The storyline and narration was rightly done and was entertaining to watch, as the Superman fans and DC Comics fans expected good action.

The movie retells the emergence story of Superman, starting from his birth and how he landed on Earth. There were a few acute scenes. But, the character Superman lacked growth and improvement, which was clearly visible and a thumbs down for the movie. But, overall, the movie did not disappoint the audience and an entertaining intense watch—my ratings for the movie Man of Steel- 4/5.