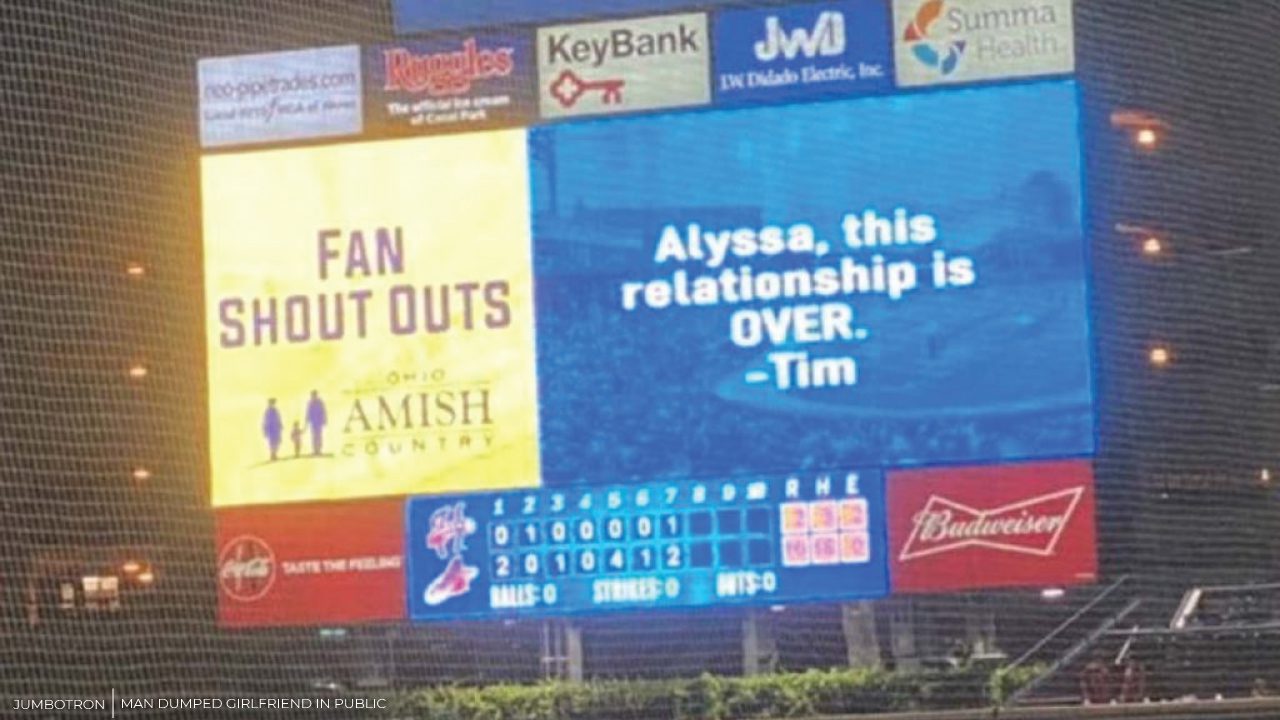 Man dumps girlfriend on the Jumbotron! It was a time when people preferred to keep the status of their relationship private. But now this thing has nothing to do with the present generation of youth. With the ongoing social media marketing strategies covering the internet space, the youth has gone crazy and crossed every possible limit. Whether it’s their relation, or anything else, the people want everything to declare publicly.

And so was the case that took place at an Akron, Ohio RubberDucks baseball game. Usually, we all have witnessed various lovely ways of the proposal. But when it comes to breaking up, the case becomes quite entangled. And here, the technique which a man adopted to announce the end of his relationship had raged various viewers. To everyone’s amazement, the man used Jumbotron Scoreboard to tell his girl that the relationship has ended from his side!

During any match, the most famed part of the stadium which gets limelight throughout the event is Jumbotron Scoreboard. People find themself lucky if they could manage their single glimpse over that Jumbotron. But this wasn’t the case with a girl whose fate didn’t favor her on that day. Her boyfriend dumped her on the Jumbotron!

What really had happened?

The incident happened at an Akron, Ohio RubberDucks baseball last week. The cheers made their way as the home team beat the victory drum. They won the game by 11-2. But this wasn’t enough to put a smile on the faces of the crowd. The crowd was raged with fire as a man announced his break-up using the Jumbotron Scoreboard. In between of the “Fan Shout-Outs” on the enlarged screen of the scoreboard, suddenly that announcement paved the way. It didn’t even take a few seconds to attract the attention of the people.

What was written on Jumbotron?

The Jumbotron Scoreboard reads, “Alyssa, this relationship is OVER.” And then the message was signed with the name of “Tim.” Further inquiry with the authorities revealed that anyone could rent the Jumbotron Scoreboard for the shout-outs. And that also for just $5. However, that breakup announcement message was not the purpose for which this facility was given. Jack Haines, the RubberDucks’ creative services coordinator, said, “​​Usually they’re birthday shout-outs, congratulations, happy anniversary, and we got a breakup.” Further, he said that he was astonished to see that breakup note. He said, “​​Browsing the list, browsing the list then, what the heck?”

And when over the stadium’s speakers the announcer had read that message, the crown reportedly had gone crazy. If we go by the words of Jack Haines, “The crowd went pretty crazy.” He further added, “They were pretty loud, and from up in the press box, it’s hard to listen to a number of the sounds, and that we heard it needless to say.”

Jack Haines further acknowledged that this wasn’t the first time that anyone had done this type of thing. Earlier also, in the RubberDucks game, they had witnessed many hearts break with the Jumbotron Scoreboard’s announcements. However, it was probably the first time that the internet caught its attention to any of such incidents. Jack Haines said, “It was not the first break-up message we’ve seen on our board.” Further, he said that the Jumbotron Scoreboard had witnessed all kinds of shout-outs. To everyone’s amazement, it ranged from “Happy Birthday” to even “Add me on Snapchat!” 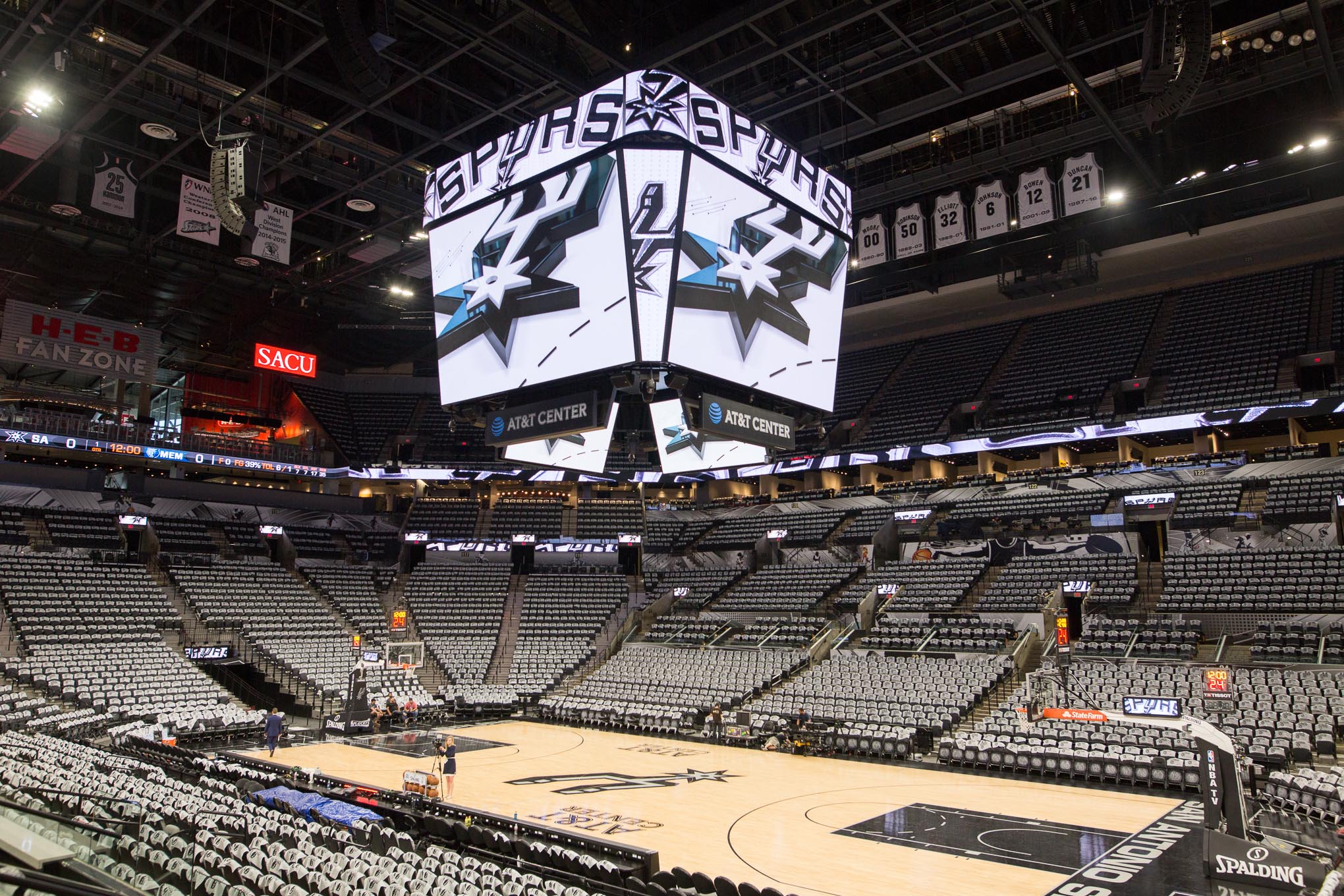 Who are Tim and Alyssa

After getting aware of this spicy top news, now the curiosity which paved the way is that who are Tim and Alyssa? Are they any film star, sportsperson, any other celebrity, or just two common people who tried to catch some limelight? Well, the answer to this tricky question is yet not known. That announcement had left the stadium into a mess. People started howling. But still, the authorities don’t have any clue who is Tim and Alyssa.

Jack Haines explained the reason for this by stating, “We don’t ID anyone when they submit fan shout-outs.” But according to some eyewitnesses, the breakup seems real. Even Jack Haines nodded with the same conclusion. He said, “We haven’t heard from either person, and it had been real as far as we all know.” However, he also stated that there’s no verification of that couple’s identity and status. 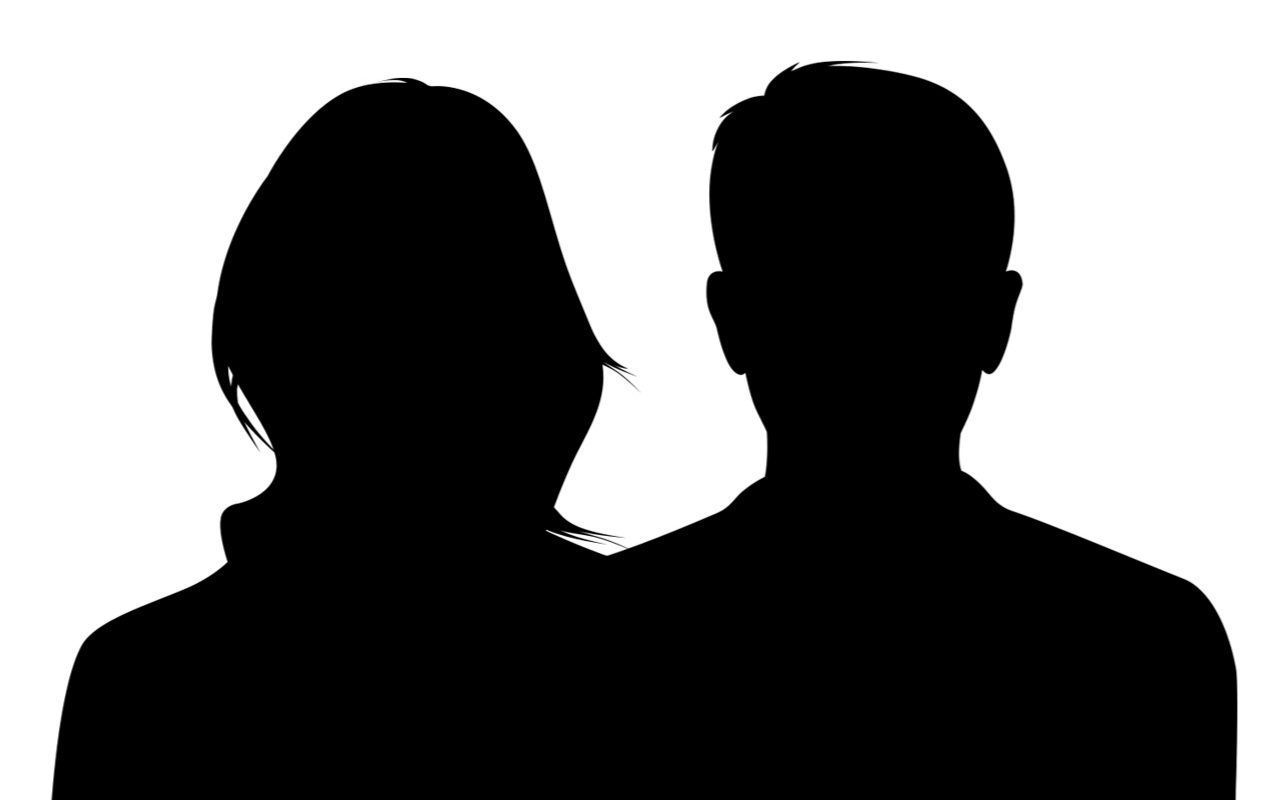