‘Mama The Idol’ Episode 1: All the Stunning Moments

The South Korean television show ‘Mama the Idol’ is gaining viewers on a very high scale. The show is gaining drastic popularity 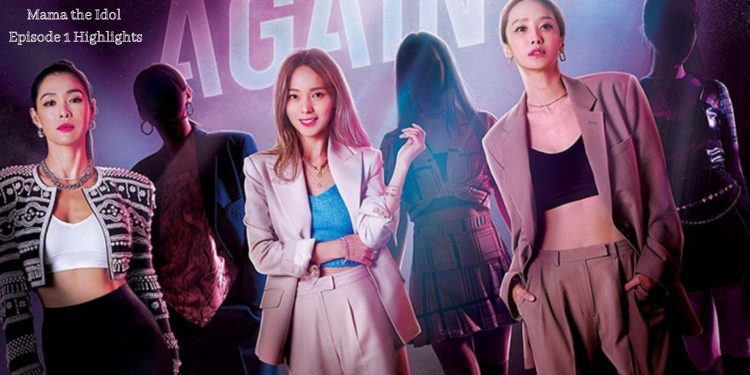 The South Korean television show ‘Mama the Idol’ is gaining viewers on a very high scale. The show is gaining drastic popularity for its unique structure, and undoubtedly it is going to be one big blast for the tvN. Also known with other names like “Mama is an Idol”, “Mom is an Idol”, and “Eommaneun Aidol,” the show has set the bars high up through its really impressive and fascinating concept. Of course, this is something really unique as everyone is looking for modernity out there. In between all this, the show has brought up some really warm memories mixed with some new challenges.

The tvN show has brought together all those women who left the stage for focusing on their personal lives. Leaving behind a stage which is the primal part of every performer is something really difficult and painful for every performer out there.

The special criteria for participating in the show was motherhood i.e., only the mothers can part take in the competition. This unique concept of the creators of the show didn’t only bring huge attention to the show but also opened a doorway for all those women who left behind their careers for their kids.

Here we have summarized all the stunning and incredible moments from the first episode of the show. Therefore, let’s have a look inside and know everything about this unique and impressive show.

A Skillful Performance of Park Jung A

Park Jung A is recognized as the former leader of the South Korean girl group “Jewelry”. She was one of the most charismatic and skillful performers of the timeline, and her fabulous teamwork made the group reach the peak of success. Park Jung A was also a well-known solo singer and released “Yeah” her first solo album.

She left the stage a long time ago and focused on her personal life, and now is a mother of one daughter. Through this show, she made her stage come back after twelve years and all her fans out there are flaunted with the news.

She was the first performer in the first episode of the show and the nervousness was there. Being away from the stage and cameras for so long made her really stressed backstage. Nonetheless, she performed really well and got really good compliments from everyone.

She got an average score from the judges for both her vocal and dance reality. She danced to Taemin’s song “MOVE” and received really good compliments for the same.

ALSO READ: Best K-pop Debuts in 2021: Who Are Leading the Scene?

Park Ji-young or better known by her stage name Kahi was one of the recognized singers, dancers, and actresses of the South Korean entertainment industry. She is a former leader of the South Korean girl group After School. She pursued her solo career in the year 2012 and her second mini-album “Who Are You?” was released in 2013.

She has also acted as a judge and dance trainer and was well-known for her stage charisma and powerful aura.

After leaving behind her love for music and dance, she focused on her personal life and now is a mother of two sons.

Through this show, she has made her stage come back after ten years, as her last stage venture was in 2012. For the vocal check, she sang “What Type X” which is originally by Jessi. Her vocal energy and engaging aura, and stage presence gained her many positive compliments from the judges.

Though, she got a bad grade in this vocal check due to her low-wise vocals in the middle of the song.

Talking about her dance reality check, she received a good grade from the judges. Her moves were really powerful and made everyone jump out of their seats. She danced to Lisa’s song “Lalisa” and used a grand chair as her prop.

Min Sun-ye is recognized as one of the popular South Korean singers and actresses. Her charismatic stage presence and deep angelic vocals never fail in hypnotizing the crowd around her. She was also recognized as the former leader and main vocalist of the South Korean girl group Wonder Girls.

Her wonderful vocals have been popular in every nook of the music industry. Her amazing recording collaborations for Mighty Mouth’s “Energy” and Park Jin-young’s “Afternoon Separation” were major hits.

Through the show, she has made her stage come back after a total of eight years. And the most interesting part is that she came back to Korea from Canada for participating in the show. She is a mother of three daughters and owns the title of being the first Korean singer to appear on Billboard.

For the vocal reality check, she sang “Waiting” which is originally by Younha, and danced on “Butter” by BTS. She received a good grade from the judges for both of them and was loaded with compliments about the same.

ALSO READ: Where are SHINee Now? Everything To Know About “The Kings of K-Pop”