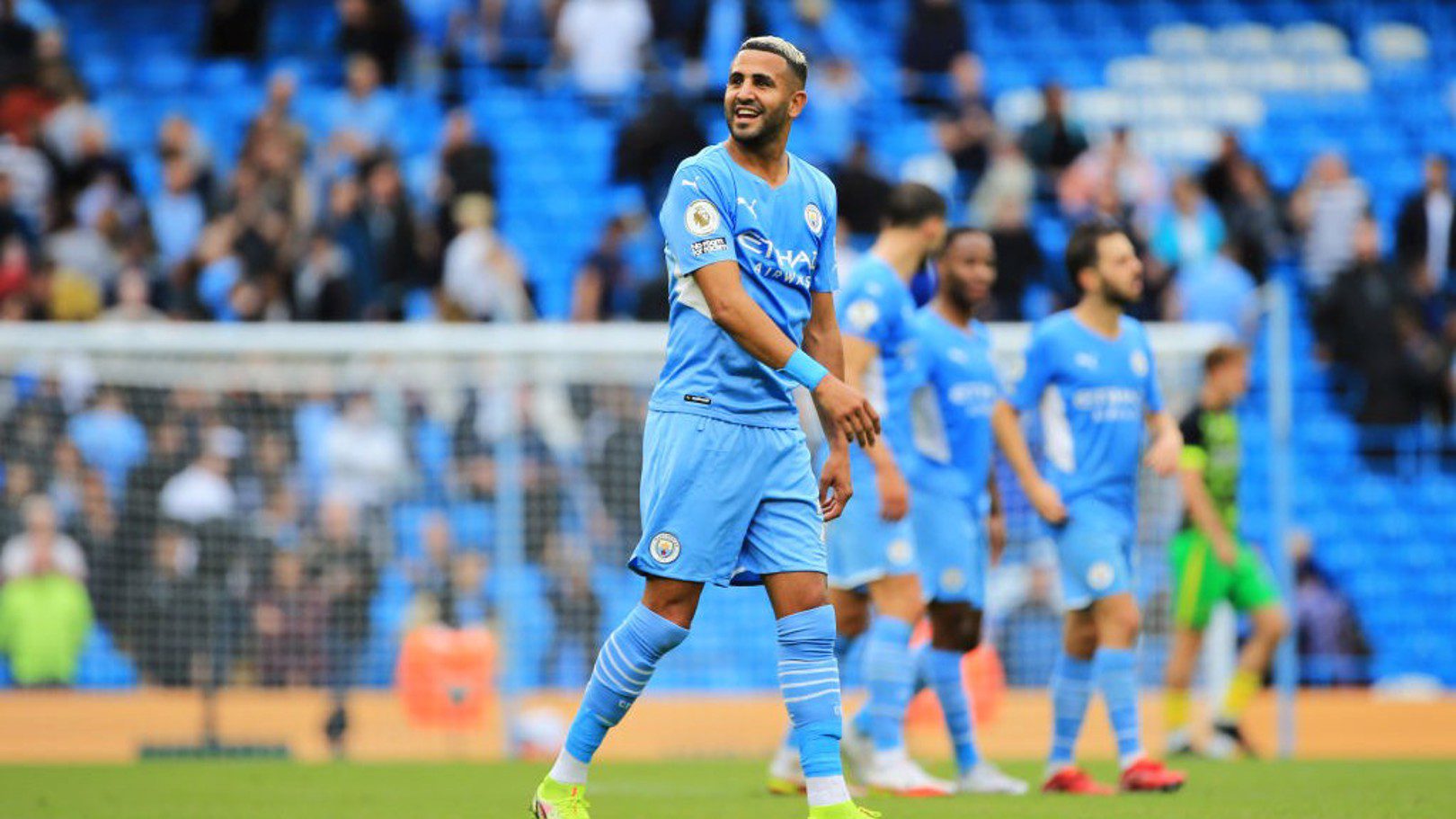 Riyad Karim Mahrez is pretty much known as the Manchester City Star. Well, the professional footballer is indeed growing his career after moving to Manchester City Star. So, who is Riyad Mahrez’s Girlfriend in 2021? In today’s article, we are going to know everything about the love life of the professional footballer. Before that, Mahrez was once married to Rita Johel. They got married while Riyad was still in Leicester City. However, the ex-couple could not work out their marriage after moving to Manchester City.

Soon, the ex-pair started living apart in Manchester. They announced their intention to separate in 2019. Riyad also shares a daughter with his ex-wife. She was born in 2015. But, they have pretty much kept their children’s life away from the limelight and public. The footballer got linked to Taylor Ward, Ashely Ward’s daughter, in 2020. They went on several dates and made public appearances together before announcing their relationship. Riyad also began spending time with his girlfriend’s family. The couple even got engaged this year. But, they are yet to announce when their marriage will take place.

Riyad Mahrez’s Girlfriend is Taylor Ward. She is famous for her appearance in the Real Housewives of Cheshire. Her father is a well-known footballer, Ashley Ward. Mahrez was married to Rita Johal, ex-model, before starting his relationship with Taylor. But, their relationship did not work out as they got divorced after five years of their marriage. Then, Mahrez started to woo Taylor. She did not want to be a third person in the footballer’s life. Hence, she did not go further until his complete divorce from his wife. Taylor also got linked with Sergio Aguero and was known to be his girlfriend during that time. However, it was only just a rumor as she had already given her heart to Mahrez.

The pair had already made public appearances since the beginning of 2020. The footballer took her for a lavish dinner outing and hired a private room for her at trendy Ivy Asia of Manchester. Tabloids even saw them leaving together from a club during the Eve of New Year. An insider source revealed about the pair beginning as mates initially. But they clicked off instantly. Later on, they begin to go on group dates. Taylor went on Instagram with Mahrez in October 2020.

Yes, Riyad officially popped the question for marriage to his girlfriend after sixteen months of their dating. Now, they are officially engaged to each other. The football star asked his question while they were taking a trip to Mykonos in June 2021. Taylor announced the happy news in an Instagram post while sharing the photos of her wearing the engagement ring along with her future beau, Riyad. She captioned the post as one of the moments of the lifetime of the couple as there is no one else with whom she would rather do her life.

Furthermore, she mentioned how she could not wait to grow old together while expressing her love for him. Meanwhile, Riyad also posted his engagement photos with his fiancee and captioned the post as that he is very happy about everything. He said that she is the only one that he needs forever in his life as she is the best. A close insider of Riyad revealed how the footballer took his efforts to custom-made the ring. The engagement ring reportedly cost him £ 400,000.

Riyad and his ex-wife, Rita Johel, did not explicitly give any reason for parting ways from their marriage when they decided to separate. However, Rita stated during an interview in August 2021 that moving to Manchester changed her ex-husband, Riyad. She continued and explained that her ex-husband changed after going to Manchester City as popularity got to his head. Rita also said that the Riyad she met and the person he is now are completely different. Furthermore, she went on and said that she did not hate him. But, his acts had left her sad and shocked. The football star has not yet said anything about his eex-wife’sallegations.

Also Read: Who Is Taylor Ward Dating, Is She Engaged To Riyad Mahrez?