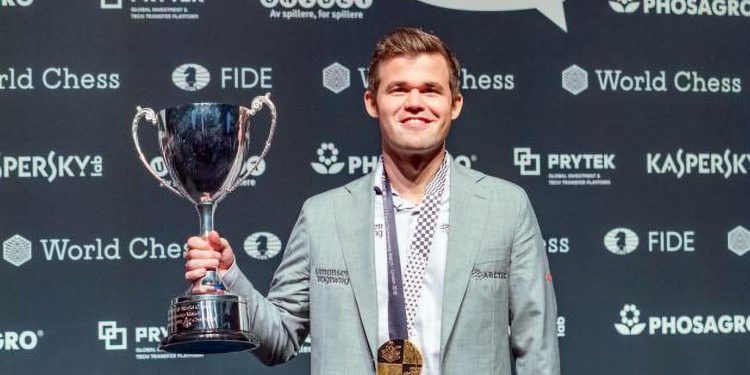 Who would have thought that the youngest Chess Grandmaster of the world would have a beautiful girlfriend? Well, Margnus Carlsen do have one. So, who is Magnus Carlsen’s girlfriend? Yes, today we are bringing you all there is to know about the dating life and girlfriend of the youngest Chess Grandmaster. Magnus has made a name for himself after beating Viswanathan Anand in the World Chess Championship of 2013. He even holds the title of being the youngest chess champion in the world.

The Norwegian Chess Grandmaster also has a Norwegian beauty as his girlfriend. It is speculated that the couple had been going out since 2019 before making his relationship social media official in 2020. Before that, Magnus had another girlfriend who was from Norwegian too. They dated for a year before splitting in 2018. However, it is not known as to why the pair broke up, considering how she was a great support to him during his tournaments. However, their break-up was a mutual one.

Magnus Carlsen’s girlfriend is Elisabet Lorentezen Djnee currently. They had been dating almost for two years now. The Chess Grandmaster and the Norwegian beauty became Instagram official at the beginning of 2020. Then only the public came to know about his relationship. He posted a photo of a couple of them together on new year’s day. They look very happy and lovely. But, he did not tag his girlfriend in the photo. He captioned the photo that it has been a great year for him, on and off the board.

Now, he is moving on to the next year. But, the tabloids came to know about her after a quick search. Magnus and his girlfriend belong from the same place, Norwegian. However, they belong from different towns. Magnus is from Tonsberg municipality, while his girlfriend is from Hardanger town. Furthermore, the chess grandmaster is five years older than her boyfriend.

Magnus Carlsen is Living Together with his Girlfriend

It is rumored that Magnus Carlsen has been dating his girlfriend since early 2019 despite him making it official in 2020. He got seen together with her in April 2019 after she accompanied him to the Grenke Chess Classic. Furthermore, he even shared a video of them vacationing before that event. Thus, it proves that the couple has been together for almost two years. There are also other instances wherein she accompanied her boyfriend to his tournaments, such as to Moscow’s Rapid and Blitz Chess tournament. He also won in that tournament.

Now, it is also rumored that the couple is living together after purchasing a 21 million NOK apartment in Tjuvholmen. Their apartment is 127m measurement with a sea view and has two bathrooms, balconies, and bedrooms. There are no other controversies or anything of that sort surrounding the couple. They had been going smooth and strong so far now. Some rumors are going around that the couple has broken up seeing as to how Carlsen has not posted any pictures of them. However, the Chess Grandmaster has never been a fan favorite of sharing about his private life. It could be the fact that they are simply keeping their personal life away from the public eyes.

Magnus Carlsen was in a relationship with Synne Christin Larsen in 2017. They dated for a year before breaking off in 2018. She, too, like Magnus, belonged from Norwegian. There is not much information available regarding his ex-girlfriend. However, her Instagram account does reveal how she loves traveling and sharing about the same. Thus, she could be a blogger. They had dated from March 2017.

In fact, Magnus also changed his Facebook relationship status. He also shared a sweet-looking picture of them online after four months. Larsen also accordingly accompanied him to several of his tournaments and supported him. His performance also became good in her presence. Carlsen also acknowledged Larsen’s support and help. He thanked her during the Isle of Man Open’s closing ceremony. However, the couple split up in 2018. It was an amicable split between the pair with a mutual understanding between them. Neither of them spoke of the reasons for their split.