An action drama is what we need to have a perfect week. Fortunately, Magnum PI Season 4 Episode 8 is about to release soon. People across the world and not only in the United States are excited about this upcoming episode. Magnum PI is a popular American television series that has proved to be one of the top preferences in the genre of action drama lately. No wonder the series starring Jay Hernandez in the main role has created quite a buzz on the internet.

The series has a star-studded cast of Perdita Weeks, Jay Hernandez, Zachary Knighton, Amy Hill, Tim Kang, Stephen Hill, and others. This alone gives us a look at how amazing this television series must be. There are a lot of questions about this series in the minds of the viewers. Here we are to answer all of them. Magnum PI is a reboot of the original series that was released in the year 1988. The original version goes by the same name. It was a huge success.

Hence, we can assess the value and hype of the reboot version of Magnum PI. Moreover, the number of seasons associated with the series is evident of the fact that fans are head over heels for this action drama. It would be sad to keep this series on the bucket list to watch it sometime later. The series revolves around a private investigator, while the location is set in Hawaii. Peter M. Lenkov and Eric Guggenheim have developed this series. In the meantime, John Davis and Justin Lin, along with others, are the executive producers of this crime-action television series. The Universal Television and CBS Media Ventures are the big titles associated with the production and distribution of the show. Hence, the question of where to watch Magnum PI Season 4 Episode 8 has been one of the top searches on the internet these days. 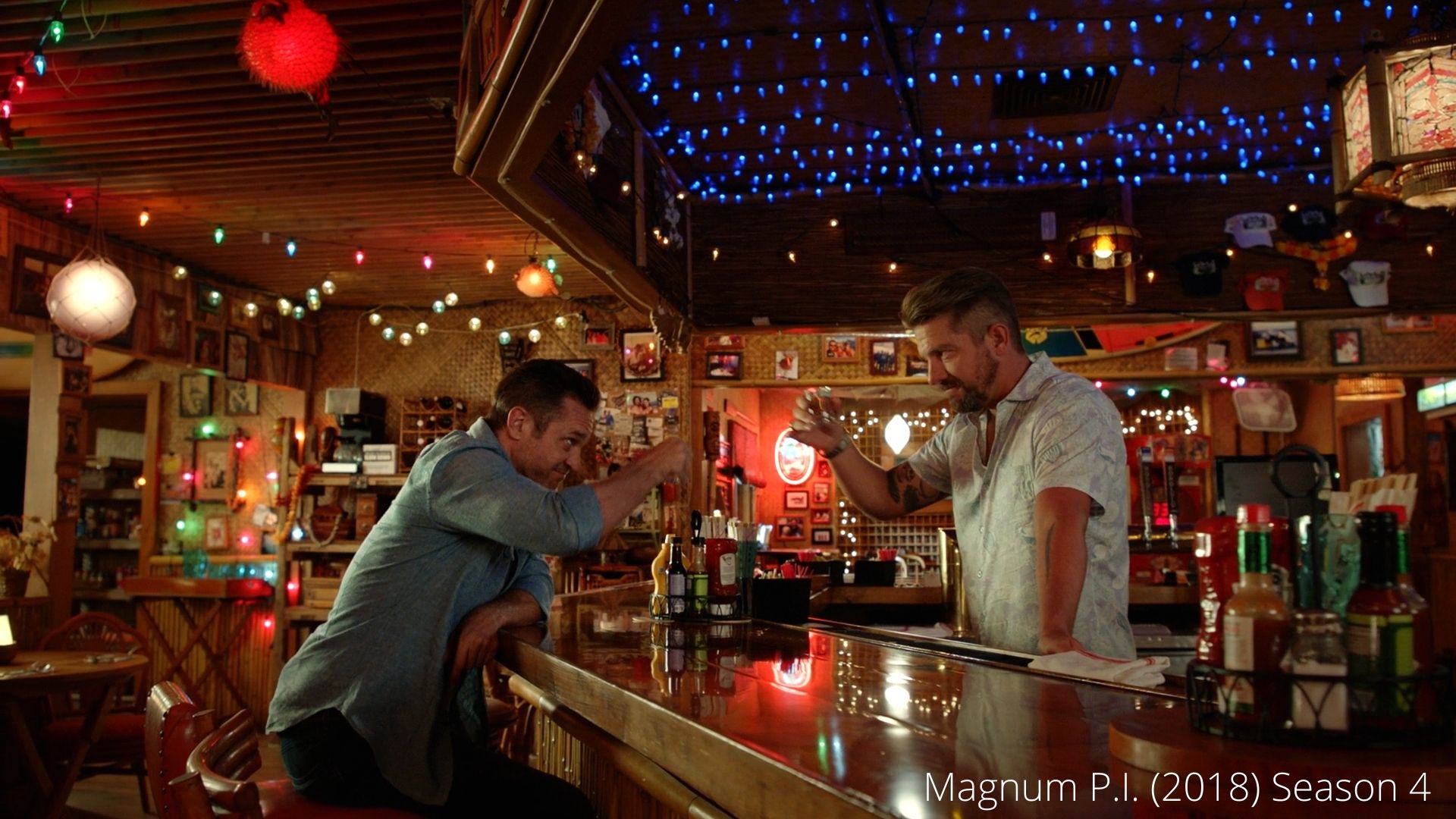 Episode 7 of Magnum PI Season 4 came out on 19th November 2021. Moreover, the episode was titled “A New Lease On Death”. The episode begins with Thomas coming to meet Rick as he has been avoiding everyone for a couple of days. After a little push from Thomas, Rick tells him about the fed Ray Sloane, who came looking for Robbie, and tells him that Robbie might have killed a fed. Thomas assures Rick that he will investigate the situation and find out the truth.

On the other hand, we see Kumu go undercover as an elderly in a retirement community. She is there to find out someone from the community who might have stolen an elderly named Joseph’s life savings. However, later on, Juliet learns from security footage that it was Joseph himself who withdrew the money from the bank. Joseph’s daughter Vicki had asked Juliet to investigate the case. So she pressures her father to tell the truth, and he reveals that he gave all his money to another elderly named Ron for investment, and he lost it all.

Therefore, Juliet and Kumu continue to investigate and find out that Ron did die of a heart attack, but her girlfriend named Betty, gave him an overdose of medicine that caused that attack. So they arrested her in time, just before she was about to leave, and got all the money back. Meanwhile, Rick told Robbie that he knows about the murder, and they had an argument. But Rick decided to help him one last time and arranged for his escape from the feds and the Meta crew gang. But just as Robbie sat down in the car to leave and pushed the start button, the car exploded.

Magnum PI Season 4 Episode 8: When Will It Release & Airing Time

The sudden death of Robbie gave a shock to Rick, and now the viewers want to know what happens next. “Magnum PI Season 4 Episode 8 will release on 3rd December 2021 at 9 pm ET on CBS.” In addition to that, the episode will be titled “A Fire In The Ashes”. The next episode will be another exciting ride for the audience as Rick will try to find out who is behind Robbie’s death. Meanwhile, Thomas will try to learn what was Juliet doing in the morgue when she said she had to be somewhere else. Although this will be revealed after a 3-week break. So stay tuned for that.

The criminal drama action series has once again got the fans hooked with the ongoing fourth season. That is why they are eager to find out where to watch Magnum PI Season 4? Well, that question has quite a simple answer to it. “Magnum PI Season 4 airs every Friday at 9 pm ET on the CBS television network.” Other than that, the show is also available to watch on Youtube TV and Amazon Prime Video. Furthermore, the viewers can stream the show on Paramount+ as well.

When does Goku go Super Saiyan? The Iconic DBZ Moment

Season 4 began with the Discovery at the lead of reconstructing the United Federation of Planets and Starfleet hundreds of...

‘The King’s Affection’ Episode 14: Release Date, Spoilers & Where To Watch

Isaiah Stewart Net Worth: How Rich is The Basketball Player?