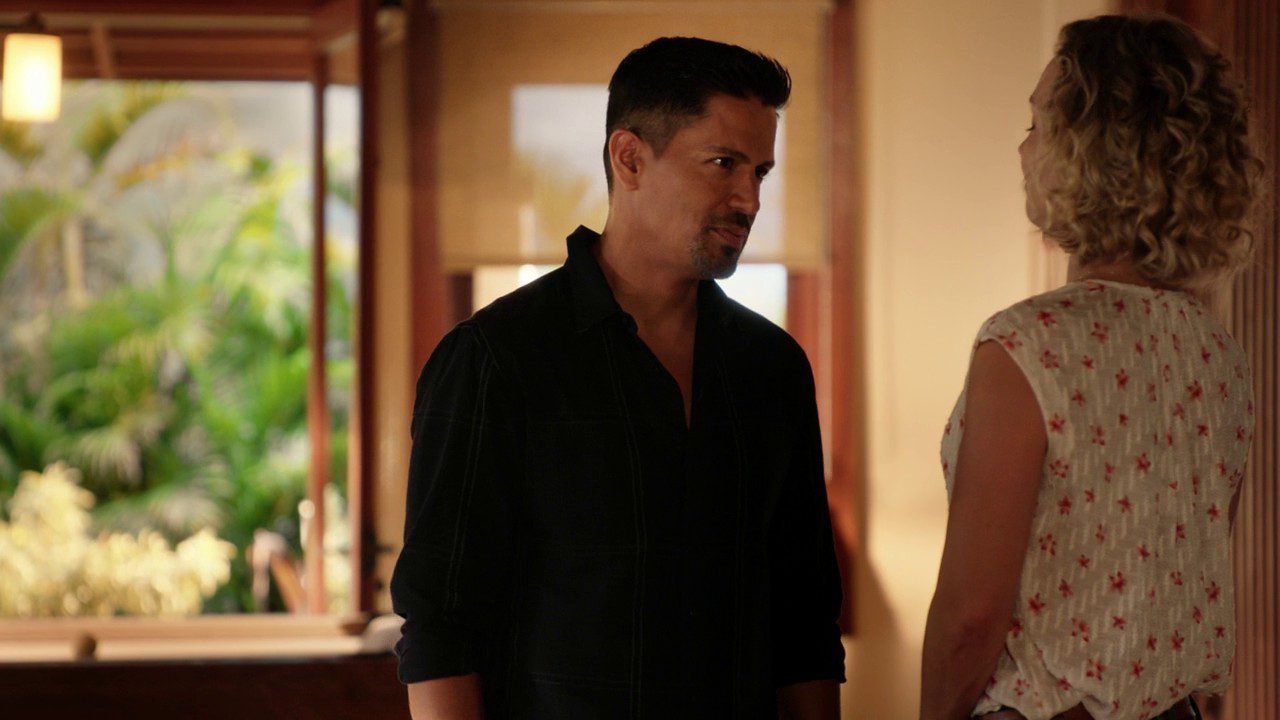 Magnum P.I. Season 4 Episode 3 will see the team undercover at a golf course. Well, playing golf is one thing, but they are here for a job. It seems like it will be a fun ride and the first case to have something like that since Higgins’ return. Talking about new experiences, Shammy had quite one partnering with TC. He was hopefully looking to fly a plane but had to stay on for being a guide. Until the guests turned out to be not who they are. So it was high time for Shammy to take desperate measures while his friend was on the verge of being killed.

Apart from that, Thomas Magnum and Higgins were investigating the mysterious death of a construction worker.  Someone who has been very careful since a baby was coming into his family. But digging deep into him, he found out that he wasn’t innocent either. So this all case could be all about revenge that led him to his death. Lastly, Orville was left looking for help as he missed Suzy. Anyway, here is a complete breakdown of what went down recently on the show and what we can expect from Magnum P.I. Season 4 Episode 3.

Previously on Magnum P.I. Season 4, we opened up with Thomas taking Higgins on a ride and trying to take on a driver. Also, TC was ready to take Shammy on his first ride. But for today, he will be the tour guide as TC takes their guests Randall and Casey to fly. Coming to Thomas, his dating game has was now strong with Detective Kaleo. Higgins, on her side, has doubts as she smells Thomas’s house full of lavender which is strange. 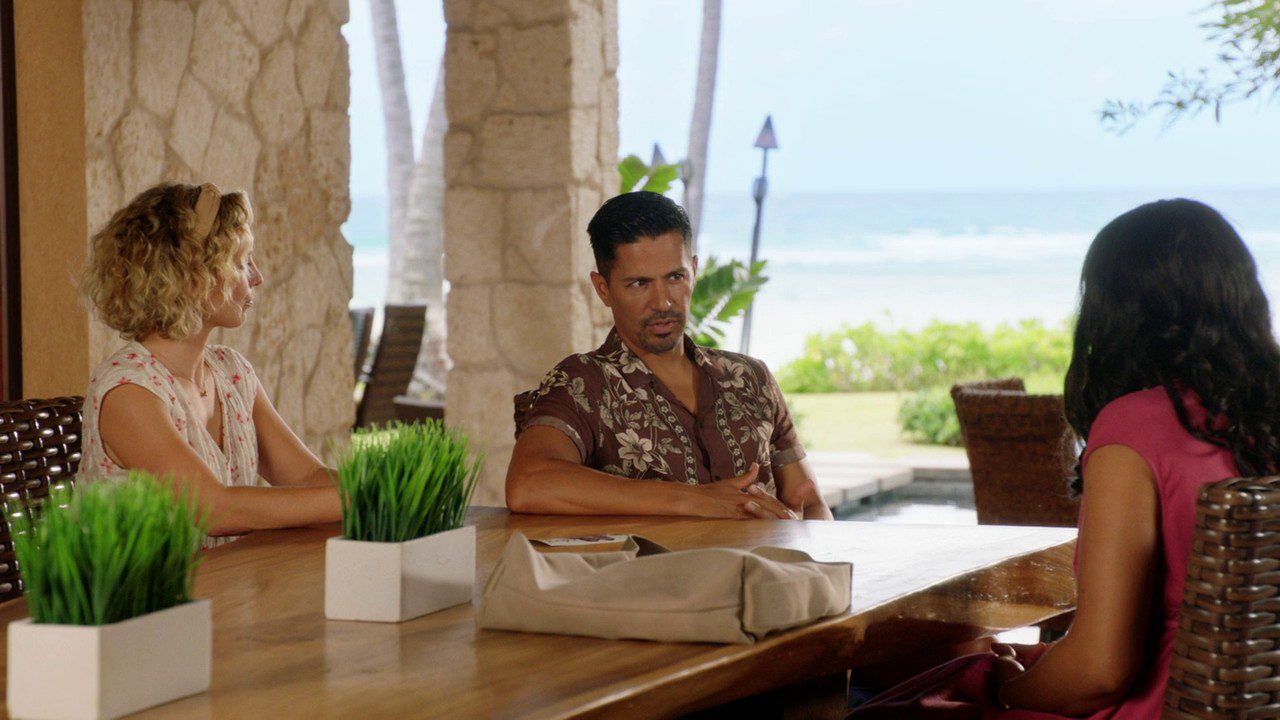 Anyway, coming to today’s case, Thomas and Higgins had Alani, whose husband Makoa passed away at the construction site. The strange thing about the death was that he was safe for a while. Especially because she was pregnant. Also, he died of a stupid mistake. At the same time, the CCTVs were broken down as well. Meanwhile, TC and Shammy’s ride faced a bump when out of nowhere, these guests decided to take their guns out. Then forced them to land in the middle of nowhere.

So it was all about the drugs. Shammy and one of them was going to stay behind. TC, on the other hand, will travel with the other guy to retrieve drugs. Makoa’s boss told a lot about the site and how Makoa was an ex-con they hired. Also how he failed a recent drug test. Taking a look inside, his criminal record revealed Makoa was, in fact, a murderer once. The cops had to let him walk away due to the loss of evidence.  When they found out that he had a restraining order against the father of the man he killed, they decided to pay him to visit. 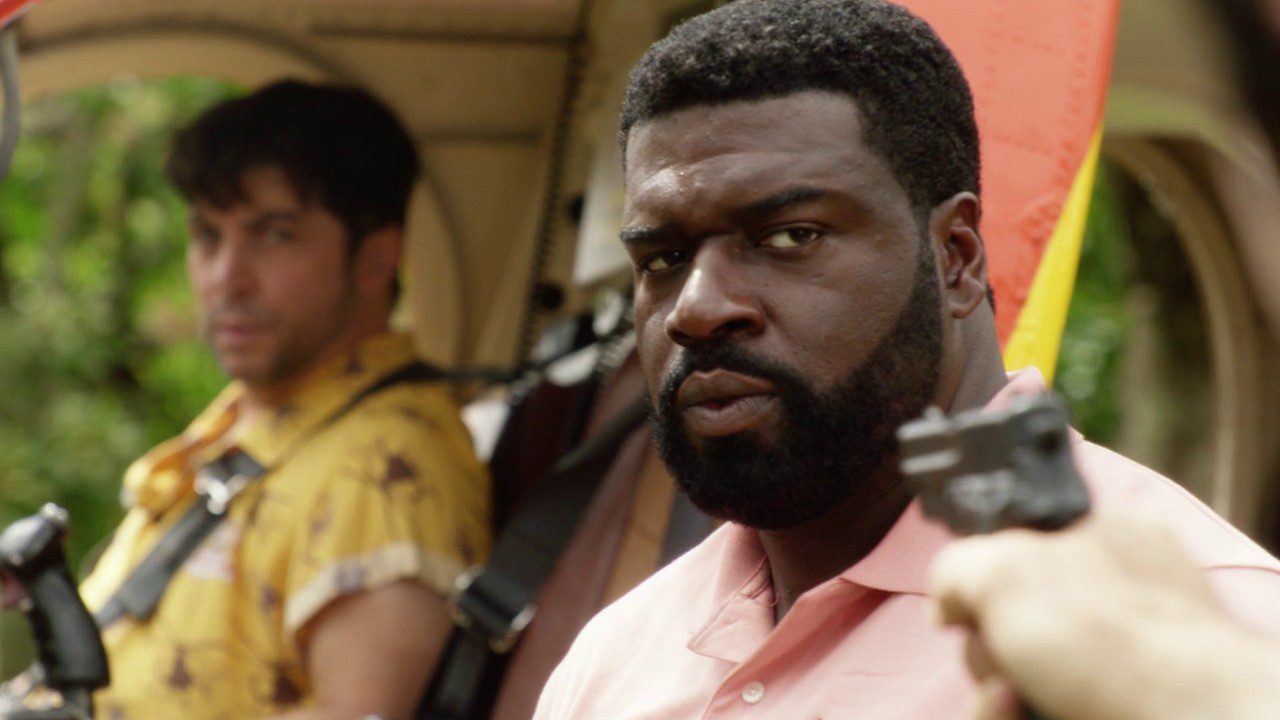 From the phone records, Thomas and Higgins found a connection. That was between the killed man’s father, Hector Aquino, and Makoa’s boss Ronald. Well, they were calling the same number for a while. Aquino and Ioha were attending the same counseling group and lost a family member. They were blaming the same man for it. So to make sure about Makoa, they met the witness who confessed a few things. Towards the end, Ronald confesses to killing Makoa if Aquino takes care of the driver that killed his wife.

Coming to TC and Shammy. Well, TC had quite a few bumps as he was leading the man to the drug bag. But it was empty, and he couldn’t keep up with the ones they were dealing with it. It took a struggle for TC to escape with a gunshot. Shammy, on the other side, took out the other man, flew the helicopter, and later came to save TC. Amidst all this, Orville received some really good relationship advice from Teuila.

Magnum P.I. Season 4 Episode 3 is releasing on 15 October 2021. It is titled” Texas Wedge”. The official synopsis of the episode says Magnum, Higgins, and Rick may have to go undercover. The case is about a young caddie who was fired for stealing a member’s golf clubs. So it’s gonna be a lot of trouble if any one of them finds out what really these three are here for.

Also, Jin may find himself in the wrong light when he visits his niece’s school. He is asked to speak, and a lot of his shady past may come walking in front of his niece, who doesn’t know about it. Apart from all of this, as we mentioned, Higgins and Detective Kaleo are taking it to another level, and we wonder where this relationship leads to. Also, what about Orville? Will he finally let Suzzy have her space as he misses her regularly.

Also Read: Why Did Higgins And Ethan Break Up In Magnum P.I. Season 3?