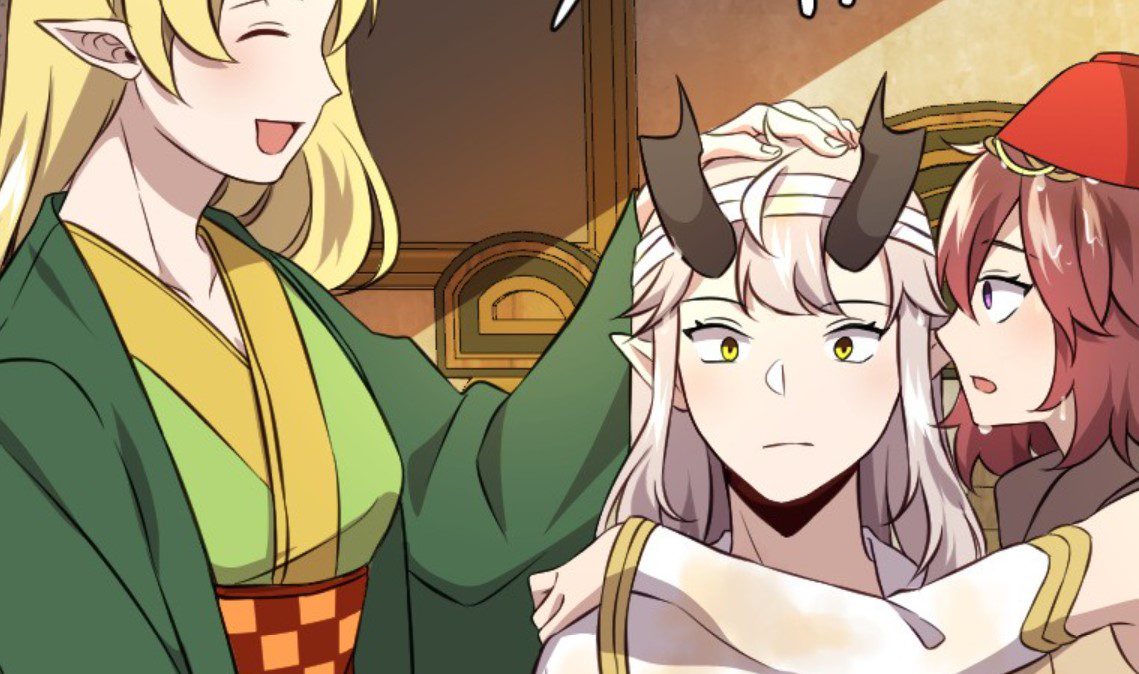 Velverosa has fully recovered and is in a safe location in Mage and Demon Queen Season 3 Episode 10. Soon we will see what she will be up to when the next episode comes next week. She has just survived a dangerous situations thanks to Malori’s interference, who managed to teleport them together with Lucia to a safer location. They teleported from the demon’s territory and went all the way to their neighboring continent, and ended up in the land of the elves. Filone, who is currently Velverosa’s caretaker, led them to the secret location of the elven village. This is where Velvorosa managed to recover before she could head back home.

Malori has been by Velverosa’s bed all this time, waiting for her to recover. She has been a little bit worried. Buth since Filone knows that it would not take a while for Velverosa to recover, she prepared for situations where Velverosa would wake up.

The scars that Velvoreosa had healed fast due to her dragon healing powers. So even if the spells that attacked her sealed her healing magic, she still managed to recover fast due to her natural healing abilities. With things have slowed down a bit, the upcoming few chapters might not see sudden action as Malori might want to explore the village of the elves before she could leave.

So this means that they will be returning to their home continent in the chapters that would come later. They have an unfinished business with the demons as they fled from a fight with them. So as soon as they make it back home, the demons will be able to detect them, which would see their fight continue once again. 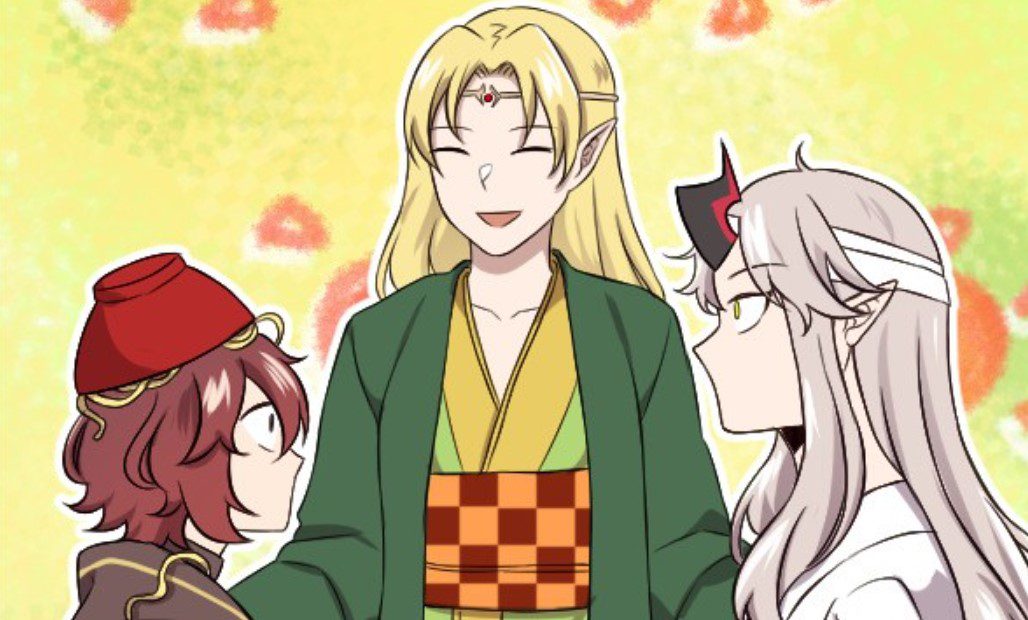 Velverosa wakes up to find Malori sleeping by her hospital bed as she fell asleep while waiting for her to recover. She was flustered to find out that Malori was going through her photo albums and saw the embarrassing pictures of when Velvorosa was still young.

Filone appeared and offered her some food as she just woke up from several days of slumber. So it has been a while since she had her last meal, and the food would help her regain strength.

Malori then woke up after she heard them talking, but Filone accidentally spilled the food she had on Malori. It was finally the peaceful times after a brief fight that they had fled from the demon’s territory. This is only a temporary pause and would let them decide how they will return back home because they know they have a fight against the demons waiting for them back home.

Velverosa uses this time to recover because she knows that she will need her full strength when she returns home. A lot of things could happen with Cecilia revealing that she was in possession of the hero’s sword earlier on. 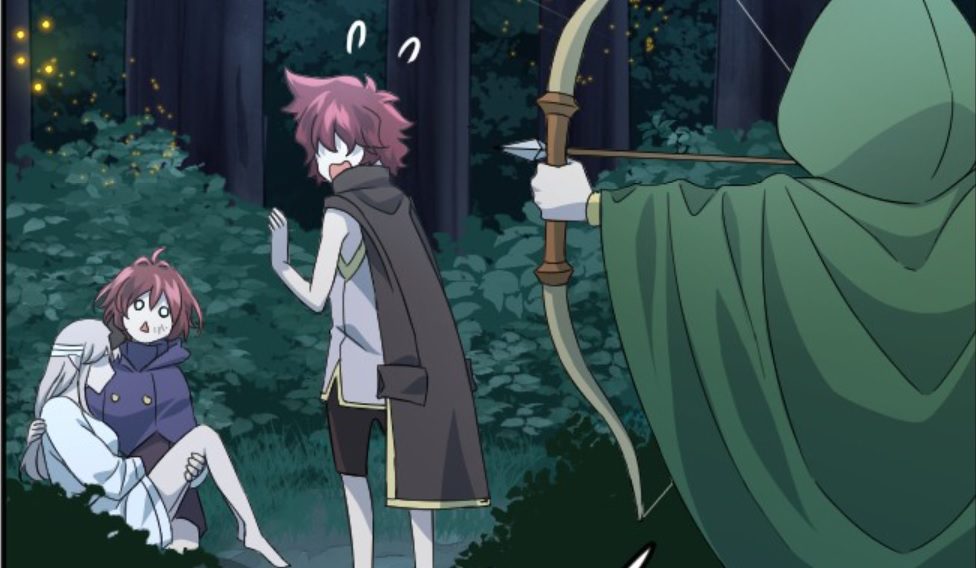 Mage and Demon Queen Season 3 Episode 1o will be released on 9 September 2021. New episodes are released on Thursdays around the same time according to the webtoon’s release date schedule.

The episode will also be released with its alternative name as Mage & Demon Queen season 3, chapter 138. The chapter format of the webtoon is a bit different, only in naming. But all in all, it is one and the same chapter only with a different name.

So if you are not yet used to the episodes format of naming new chapters of the webtoons, this could come as confusing. The next episode will be released by Thursday, as is the webtoon’s usual schedule. So we should see how things with Malori and Velverosa will go because they know that they have to return home soon.

In this article:Mage and Demon Queen