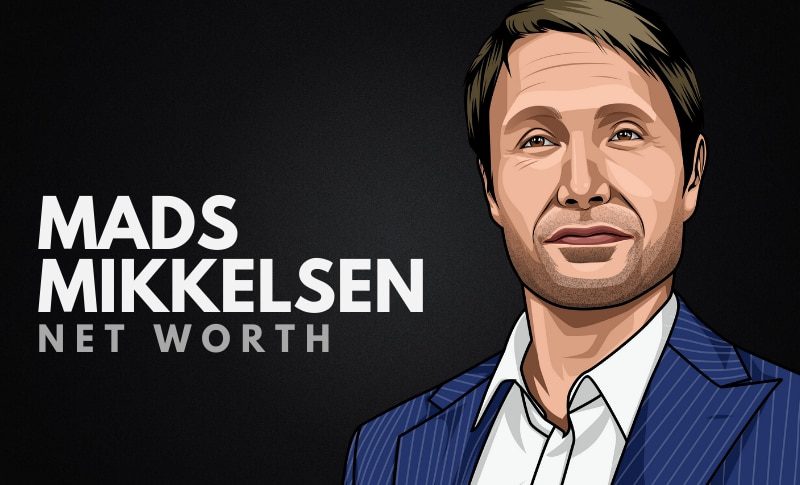 Mads Dittmann Mikkelsen or Mads Mikkelsen is popular in Denmark as Tonny is one of the most perfectionist personalities in the entertainment world. His nickname Tonny came from his role as a drug dealer in the first two plays of the Pusher film trilogy, as well as his role in Peter Thorsboe’s Danish television series Rejseholdet, as rash Allan Fischer.

Mikkelsen debuted in the year 1996 as a drug dealer in Nicolas Winding Refn’s. Later, in the year 1999, he covered a lead role of a shy movie expert known as Lenny, who has a complicated personality disorder. He appeared on the screen again in 2000 with the role of a gangster in the movie Flickering Lights. His popularity and sharp acting skills flourished with all the roles he played back-to-back on the screen. And, he is well-known for the role he played in a gay film titled “Shake It All About”.

Being one of the most famous personalities, Mikkelsen has always been on the radar of the media. He has been awarded heavily and brightly for his dedication and hard work towards his every screen appearance. Not only he became a lead Danish movie star but also emerged as a stunning world icon in the entertainment industry. With his growing popularity and worldwide recognition, his fortunes flourished. And, we know that you are curious about that too.

Here, in this article, we have gathered all the possible details about Mads Mikkelsen’s net worth and his fortunes. Let’s have a quick look inside.

Mads Mikkelsen: What is his net worth?

The glory of his acting career earned Mikkelsen a lot. Mads Dittmann Mikkelsen has a net worth of $18 million as of August 2021. Of course, the movie star has put into all his efforts and hard-earned skills to prove himself as one of the deserving personalities in the industry. Over the course of time, he was genuinely and heavily rewarded for all of them. When we look for the sources that are fueling his net worth, then the majority of them are his earnings, prize money from his acting profession. Mikkelsen has covered up and acted in a great number of roles in many famous dramas and films of the time, which had him presented with a number of prestigious awards in a very wide span of years. If we look into his award list, then his achievements are worth the praise:

All of these prestigious rewards and recognitions earned him a lot of polished fame and fortune. Advertisements are also one of the main sources for his fortune. He advertised for both individual and various cooperates.

Recently in 2020, Mikkelsen made the news official that he is going to play the role of Grindelwald for Warner Bros’ series from the third film titled “Fantastic Beasts”. The movie is already in its filming stage and is being said to be released in 2022.

ALSO READ: Thomas Ravenel Net Worth: How rich is the famous ex-politician?

Mads Mikkelsen: What else we know?

Born on 22nd November 1965 in Copenhagen, Denmark, Mads Dittmann grew up following different passions. He was trained as a gymnast in his teenage, though he developed an interest in dancing; and started figuring out his new passion in Gothenburg at Ballet academy. Later he shifted to study drama in the year 1996 at the Arhus Theatre School; which led to the foundation of his now flourishing acting career.

He is married to Hanne Jacobsen, a choreographer whom he met during his dancing career. His recent film titled “Another Round” for which he played the role of Martin; has acclaimed the Oscar for Best Foreign Language Film at the 2021 Academy Awards ceremony.