Madonna's affair with Alex Rodriguez was one of most star-studded rumours of 2008. 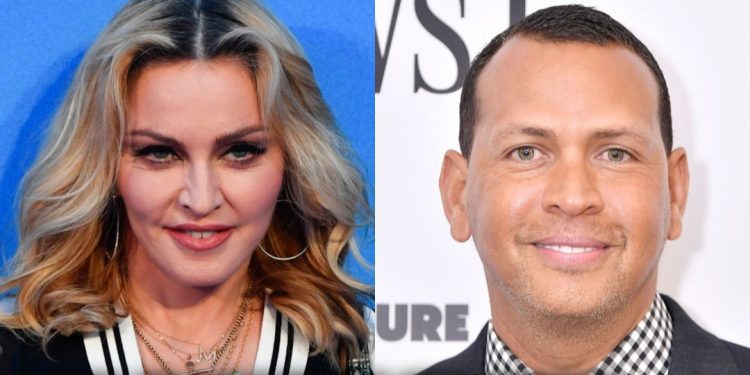 The former baseball player had his marriage broken after rumors of his affair surfaced. So today, let’s know about Madonna and Alex Rodriguez’s affair. Their romance was one of the most star-studded relationships of all time. According to the rumors, both the couple were already in a committed relationship with their former partners at the time. The latter didn’t speak about this affair, nor did they confirm anything about their encounter. But still, there were several instances wherein their affair was true in most aspects. Moreover, he was popular for his dating stories with several other celebrities. But things started to turn around after both of them were accused of infidelity.

Alex and Cynthia Scurtis’s marriage broke after six years of togetherness. When these rumors started swirling around the internet. It caused more problems for Madonna comparatively. Because her marriage with Guy Ritchie was already on a tough path. Well before these allegations, Cynthia had a lot of reasons to leave him. But this news was too much for her to take in. Cynthia didn’t want to cause a fight, so she decided to leave the place for some time. Since people are curious about their relationship, let’s take a look at Madonna and Alex Rodriguez’s Affair.

Speaking about their illicit relationship, Alex’s wife spotted several letters to Madonna, and in many of the letters, he has named her as his ‘Soulmate’. Many of his fans were shocked to know about this revelation. When it comes to Madonna’s former marriage, there were a lot of problems that ruined her marriage. It seems like both the couple were growing apart emotionally. Well, the rumors started spreading around the same time. But there is no confirmation about their affair. Both of them chose to maintain their modesty.

None of them spoke up in terms of these allegations. Moreover, they didn’t deny any of these rumors too. Because of these rumors, Alex was asked about these allegations multiple times, but he just represented their bond with the friendship tag. But none of the questions moved him a bit. He maintained his answers and gave them away confidently. Well, looking at these aspects, it is pretty hard to know about the actual part of this story. But as per Cynthia, she’s got a completely different angle to her tale. According to her, she wanted to end this marriage because of his extramarital affair.

Also Read: Gerald Sinstadt Scandal Explained: What Happened With Them?

To be more precise with this situation, they never had any kind of contact with each other. But he did give her more importance than Cynthia. Soon after their legal divorce, Alex started dating the popular actress and singer Jennifer Lopez. Well, she was never interested in his dating scandals. By March 2021, the couple was engaged to each other. But strangely, the two decided to go their separate ways after breaking up officially the next month. As per Alex and Jennifer, they were better off being friends than lovers. As of now, Alex celebrated Thanksgiving with his former wife Cynthia and their kids.

Apart from Madonna, Alex was recently in the limelight for asking out the popular American author Kelly Bensimon. It is believed that he started making his advancements on her after officially breaking up with Jennifer Lopez. It seems like the duo have been texting each other since to fix a date. And Alex has called her out on a date multiple times. But Kelly didn’t show any kind of interest yet. Well, according to them, they’ve been contacting each other for estate purposes. Well, there were several interviews when Kelly revealed certain things.

According to her, she always wanted a man who had athletic interests. Well, speaking of this, Alex is a former baseball player. But none of them confirmed this news. Moreover, fans were delighted to have Alex and Cynthia together for Thanksgiving dinner. The former player shared this news through his official Instagram handle. Well, things seemed to be working out between them. As of now, both of them are concentrating more on the well-being of their kids. Cynthia is busy looking after her children and setting up her future. Both of them have forgotten about the past to look forward to co-parenting.