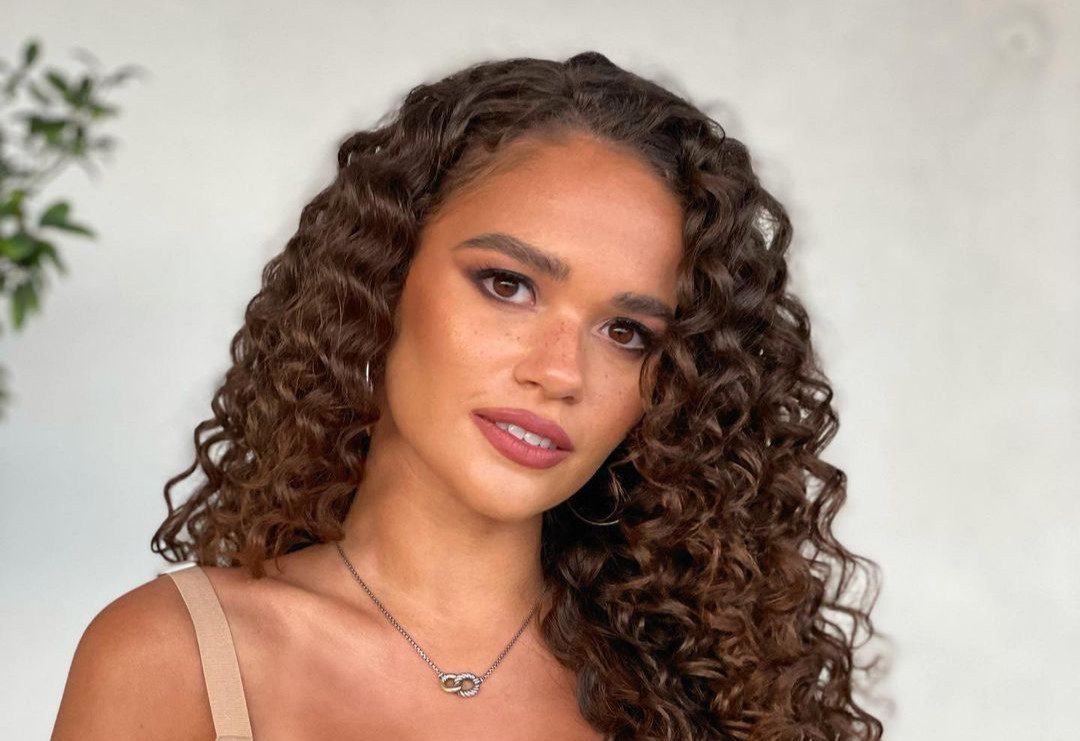 Who is Madison Pettis Boyfriend? Everyone had their set of favourite movies while they grew up! Game Plan is one of those movies. Yes! and that’s Madison Michelle Pettis as Peyton Kelly.  She’s an American Actress and has done many comedy and successful series like ‘Cory in the House’ and ‘Life with Boys’. Apart from being an actress, she’s also a model and a voice actress. She became inspired by a Disney show – ‘ That’s so Raven’, from there on, Pettis started taking acting lessons.

Moreover, She voiced Izzy in ‘Jake and the Never Land Pirates and Adyson Sweetwater in ‘Phineas and Ferb’, Brigitte in ‘Fancy Nancy’ and Princess Olivia in ‘Mickey and the Roadster Racers, and many more! Madison was born in Arlington, Texas. She has spent her entire childhood amongst the Disney sets. Since the first day, Madison is known for her hardworking nature.

People have always looked at her as the sweet and notorious Peyton. But guess what? She will be too mean and grown-up for you in her new movie – ‘He’s All That’. Madison stepped into modelling at a very young age. Her mother entered her into a contest for a local magazine. She was already working as a model for Procter and Gamble, Love Pastry, and General Motors. However, Madison got her big break with her first film Game Plan as the daughter of Dwayne Johnson – ‘The Rock’.

Moreover, her acting career is full of considerable recognition. She made an appearance on Law & Order: Special Victims Unit. Madison even assisted as an ambassador for ‘Rock the Vote’. However, Madison was in the limelight for quite a long time for her relationship with the basketball player Michael Porter Junior. Are they still together?

Also Read: Elizabeth Holmes Boyfriend: Who Is The Former Businesswoman Dating In 2021?

Who is Michael Porter Jr?

Michael Lamar Porter Jr is a professional basketball player for the Denver Nuggets of the National Basketball Association (NBA). Michael attended the Father Tolton Regional Catholic School in Columbia, Missouri. However, he switched to Nathan Hale High School in Seattle, Washington. Michael’s efforts led Father Tolton’s team to the 2A State Championship. Michael even joined the Nike Elite Youth Basketball League. He made 26.2 points and 11.5 rebounds per game. Moreover, Porter led his high school team to a 29-0 record, and they won the Washington Class 3A State Championship in his senior year.

On March 29, 2017, Michael was named MVP at the McDonald’s All-American Game. He was the first pick for Denver Nuggets but fell to the 14th Pick because of his health. The NBA player had a severe backache and even had his back surgery in 2018. Michael secured fifteen points and four rebounds in a match with New Orleans Pelicans. He even set a new record with 25 points in 23 minutes against Indiana Pacers. After Michael came back to the field due to covid season suspension, he led Denver Nuggets to their first win by scoring 37 points to a 112-113 overtime win over. Apart from this, Michael is known for his long-distance relationship with Madison Pettis.

Who Is Madison Pettis and Michael Porter Jr. Dating?

Madison’s relationship with Michael was constantly in the public eye. They dated each other from November 2016 to May 2017. In an interview with Kansas City Star, Michael talked about their bond. He said that they’ve been very cool with each other. She’ll be happy even if he gives her a call at night. Furthermore, he cleared that they both are two busy individuals with different timelines and schedules.

These two love birds started having a connection through Instagram. As per Michael, they just randomly started talking to each other, and after she commented on one of his pictures, Michael just texted her up, and they both started having conversations from thereon. Pettis officially made their relationship public after posting a  picture of them together.

Eventually, they broke up after a year of dating. Both the stars never disclosed the reason. Shortly after parting ways. Michael went on for dating Madison Prewett. There were rumours about the actress dating Kalin white and Jaden Smith, son of Will Smith. None of the rumours is confirmed. For now, I guess Madison is single. She’s completely focusing on her career.

Also Read: Who Is Nailea Devora Dating, Is Something Cooking With Larray