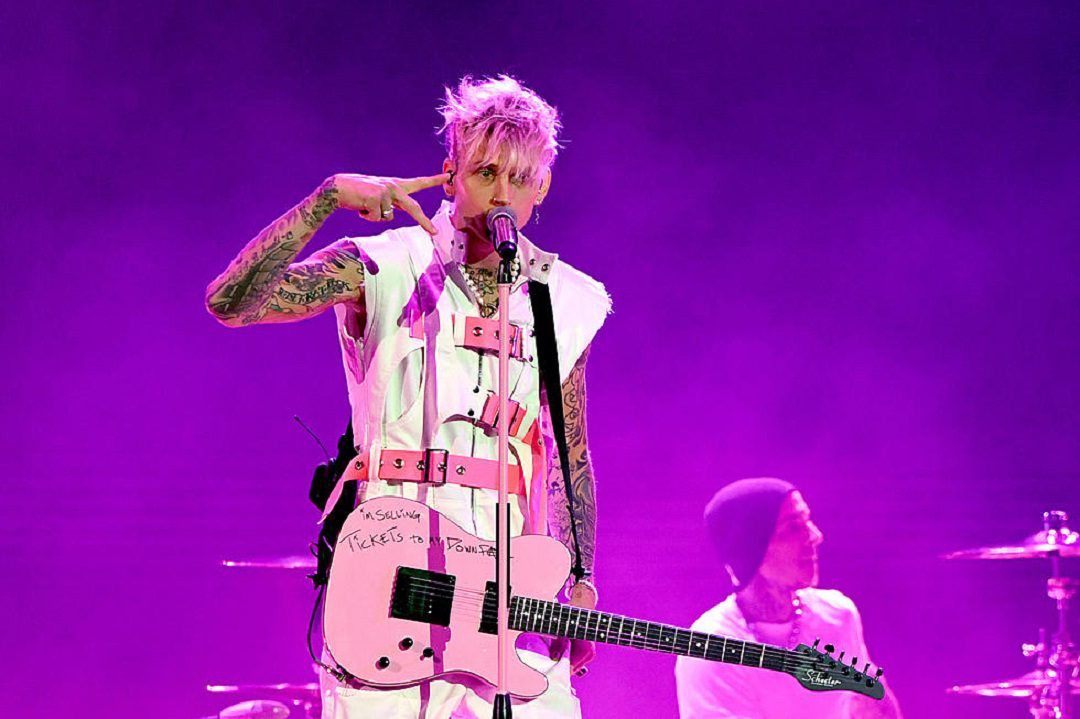 Colson Baker, renowned as Machine Gun Kelly, is an American Rapper. His previous album “Ticket To My Downfall” was a big hit. The album opened huge future possibilities of success for him. Two years back, he was an underrated rapper but now he hosts several big festivals with big celebrities like Dua Lipa. At the end of 2022, he will be hosting a US tour with Travis Barker and Avril Lavigne.

What is a Mainstream Sellout?

Back in 2021, the album was named Born with Horns, MGK and Barker even got tattoos for the same but later in that year, MGK tweeted that their new album will not be called Born with Horns, however, there will be one track with the name.. There he also revealed the new name as Mainstream Sellout. The total length of the album is 40 minutes and 18 seconds. Let us discuss some of these tracks.

Maybe is the fourth single off from the sixth studio album “Mainstream Sellout” of rapper and rock singer Machine Gun Kelly after Papercut, Emo Girl, and Ay. In this track, MGK performed with several members of Bring Me the Horizon ( a British rock band).

It belongs to the Pop-punk genre and was released on 18 March 2022. However, it first premiered at the Emo Nite on 4 March 2022. Emo Nite is a live event club night performed at Los Angeles Avalon Hollywood Venue. Travis Barker has produced the track and Machine Gun Kelly, Oli Sykes, Lee Malia, and Matt Nicholas performed with vocals and guitars. 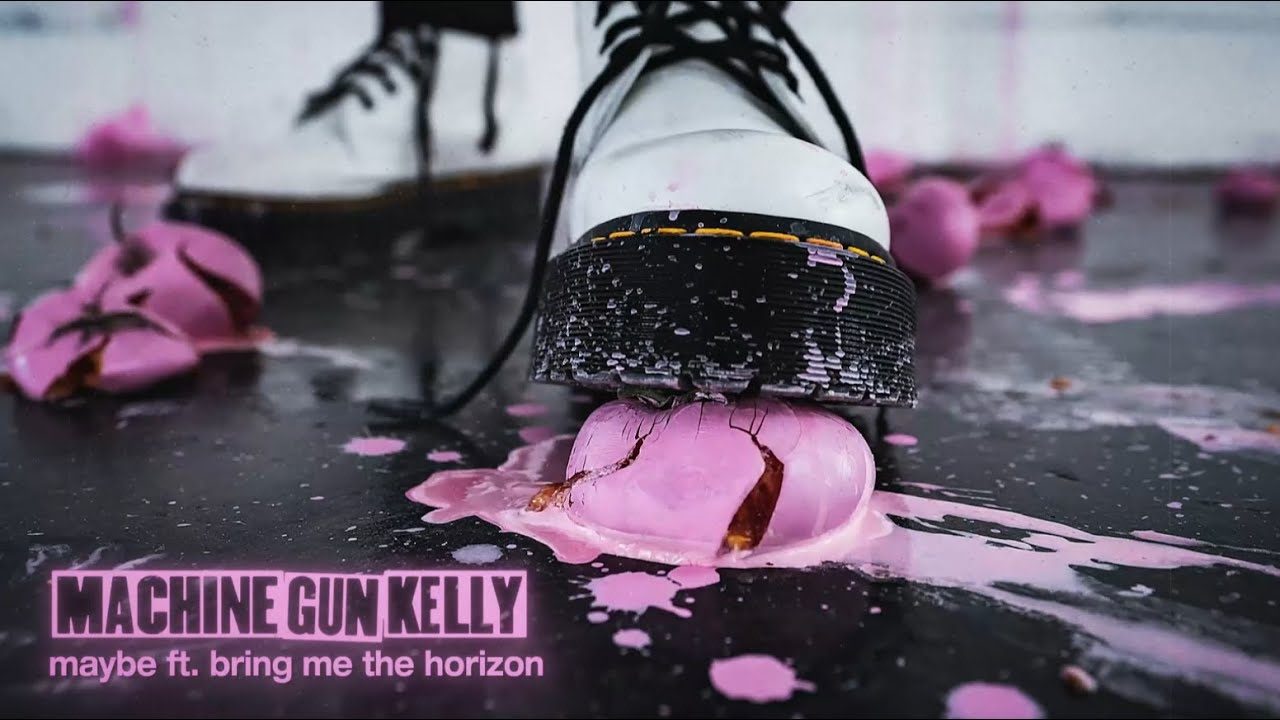 The song got compliments and suggestions. For instance, Wall of Sound praised the song by saying that the track is certainly decent and stands out on the album. Kerrang also praised Maybe by giving it the tag of Massive Banger.

Papercuts is the first single off from the sixth studio album “Mainstream Sellout” of Machine Gun Kelly. It was released on 11 August 2021. It showed the collaboration between MGK and Travis. Papercuts belongs to the genre of rock, punk rock, pop-punk, alternative rock, and grunge. The track is 3 minutes 1 second long.

Travis Barker along with Nick Long produced the track. However, the song was written by Colson Baker, Nick Long, and Travis Barker. 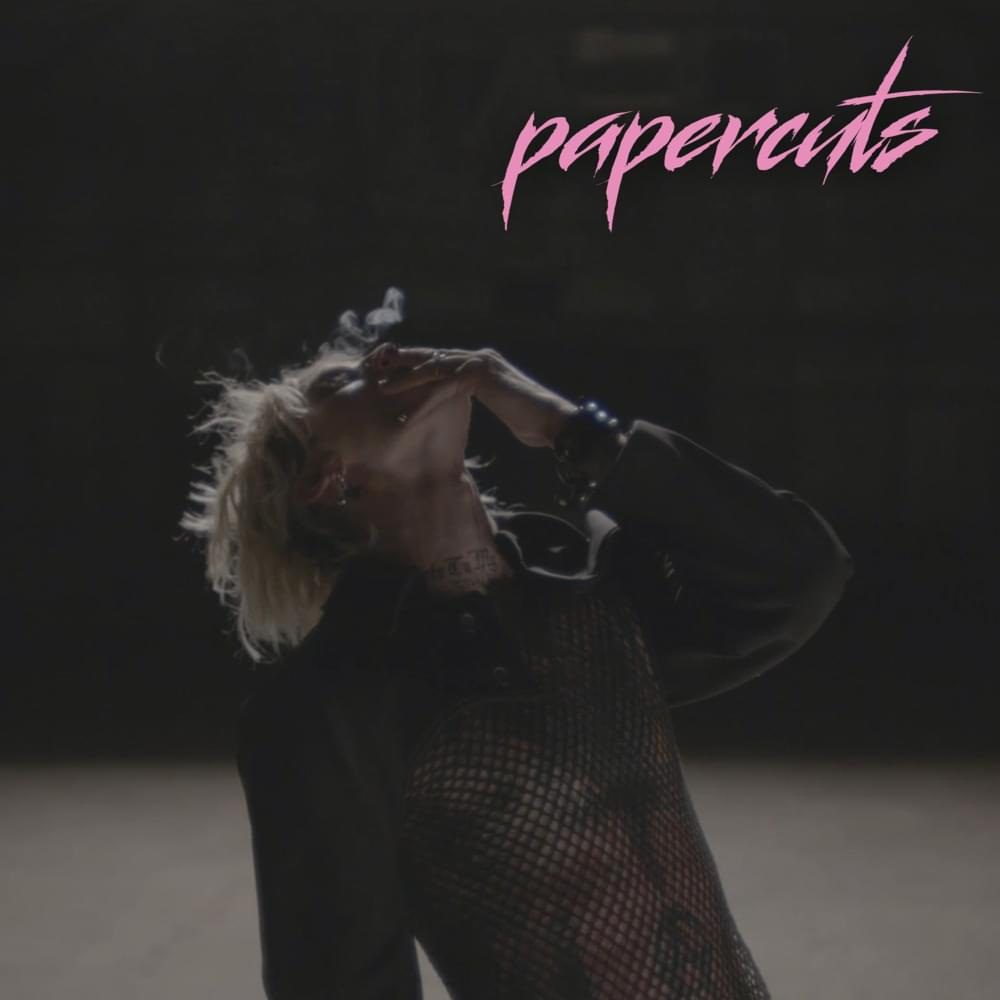 Before the time of release, it was named Born with Horns and MGK had released the teaser a week before the song was released. The video was made by director Cole Benett. It was the first time Benett was making a rock music video. In the video, you can see Parker and MGK performing the song. MGK is wearing a revealing outfit and a cap playing with an oversized guitar.

Emo Girl is the second single off from MGK’s sixth studio album “Mainstream Sellout” after papercuts. It was released on 4 February 2022, featuring Willow Smith, Parker, and MGK. Emo Girl belongs to the genre of Pop Punk and it is 2 minutes 39 second long track. Travis Barker was the producer of Emo Girl.

Emo Girl was first named Emo Prom. For the very first time on 30 January 2022, it was previewed on MGK’s Instagram account with the name Cherry Red Lipstick and by 14 February it crossed the 14 million views. 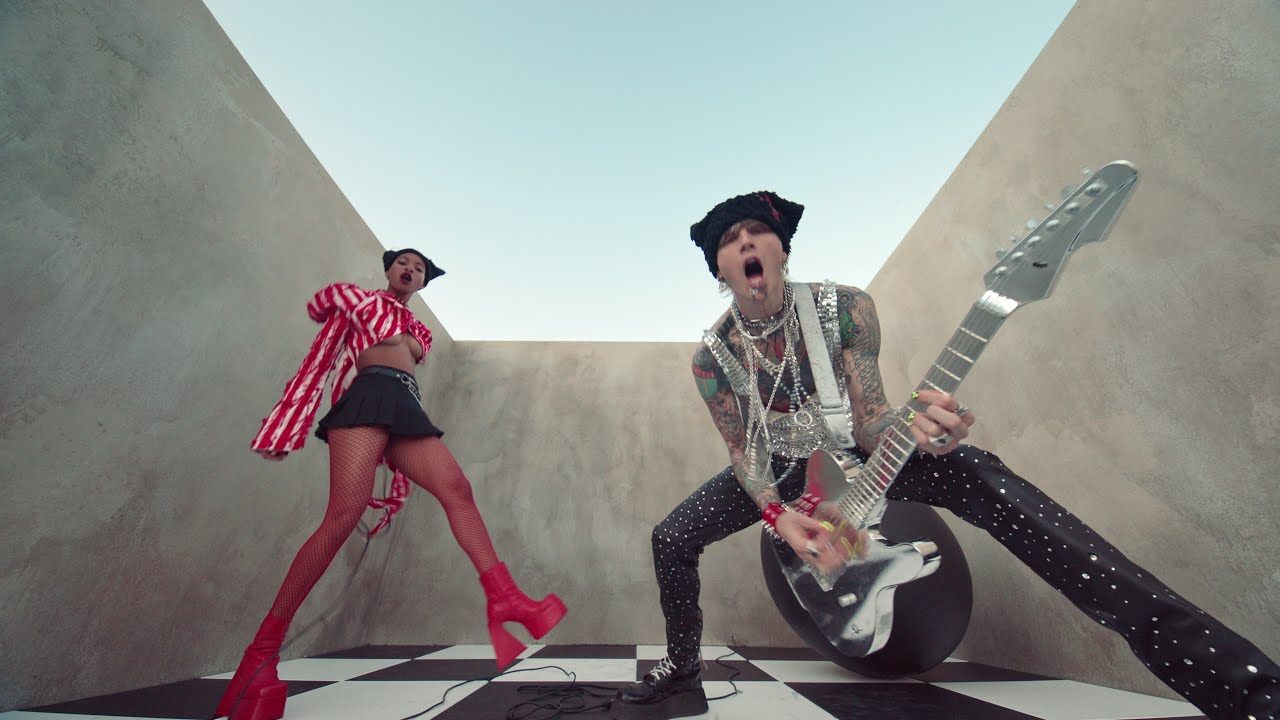 Travis who collaborated with MGK in Ticket to My Downfall has performed with his drum in the music video. He was also the co-writer of Emo Girl. Apart from that, he has performed a second time with Willow Smith after Lately I Fell Everything.

Also, read – Hugh Grant Comments On Rumors of Him Playing Doctor Who