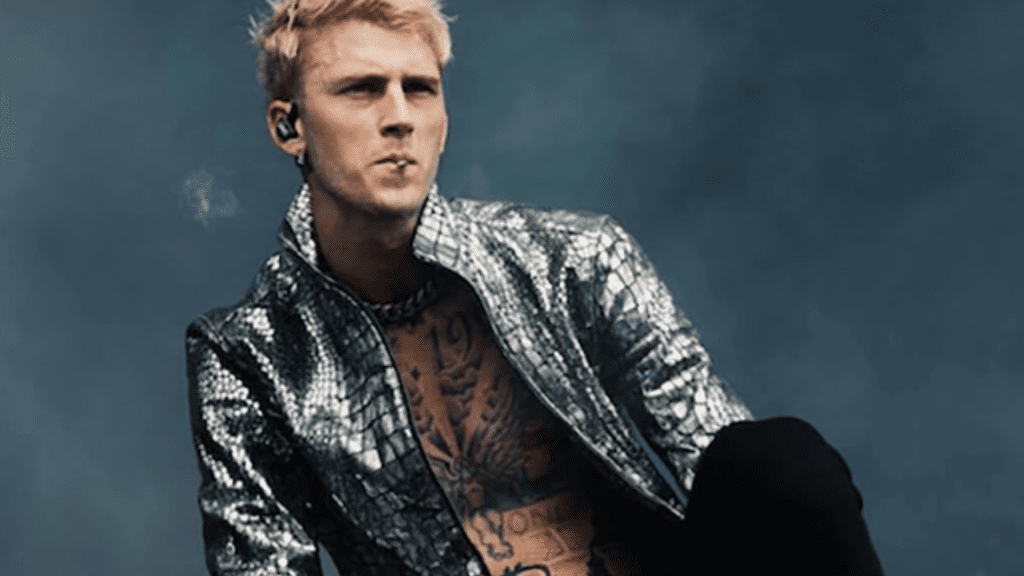 American rapper Machine Gun Kelly has gained high prominence in the music industry after his unique take on Hip Hop. While the young star has been a popular figure when it comes to rap, he has also tried his acting skills and went on to star in some big tent pole movies as well. Recently, the musical star gained huge media attention for his whirlwind romance with the beautiful Megan Fox. The alleged pair initially starred in the rapper’s latest release Bloody Valentine after which they sparked dating rumors! The two soon started to post mushy pictures thus, making the relationship Insta official!

Machine Gun Kelly, whose real name is Richard Colson Baker, had a tough childhood as he struggled with bullying in school. It was rap that came into his safe space as he tried to work on his music and expand his horizons. While struggling financially, he has a strained relationship with his father and had to work from a young age to support himself. It was after he released his single titled Alice in Wonderland that fetched him numerous awards and increased put him on the track. This popularity came just before the release of his new mixtape Lace Up.

One of the songs was dedicated to the Cleveland Cavaliers, and the song was played at their stadium during home games. After getting recognition by music fanatics, Machine Gun Kelly finally collaborated with Juicy J on the single Inhale. After such success in the music industry, there was no looking back for the rapper. Machine Gun Kelly reportedly has an estimated net worth of $10 million. 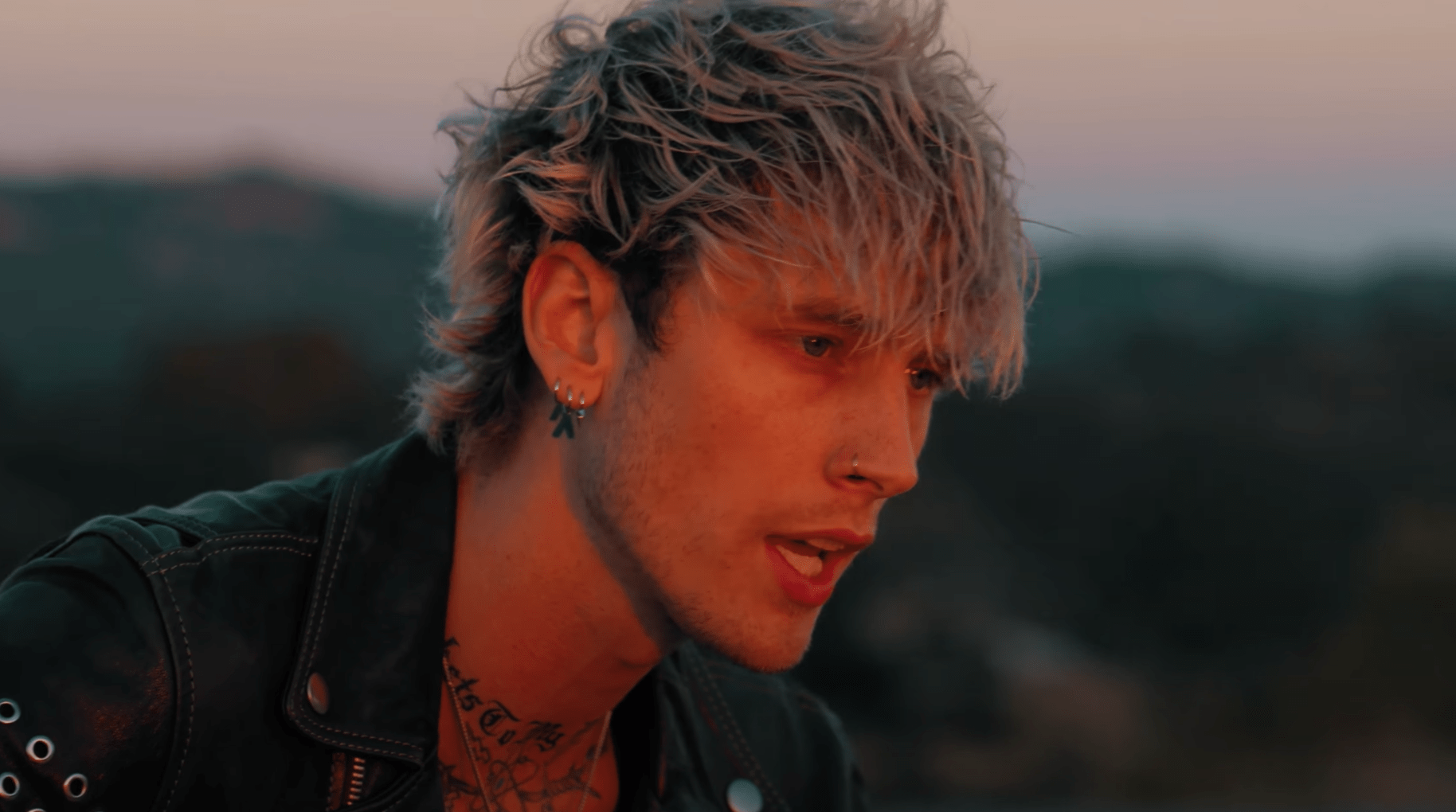 With rising fame, the rapper teamed up with notable singers including Camila Cabello, to create the hit single Bad Things. He has also collaborated with Travis Barker. The rapper also tried his acting skills while starring in movies like Bird Box, The Dirt, and The Land. He also released an album named Hotel Diablo back in 2019.

For more, also read Who is Machine Gun Kelly Dating? A Complete Timeline of His Relationship

Machine Gun Kelly Had An Ongoing Feud With Eminem For Years!

Apart from his professional success, Machine Gun Kelly made headlines due to his feud with Eminem. The whole feud started in the first place when the rapper called Eminem’s 16-year-old daughter hot in a tweet. After a while, Eminen saw the tweet, and he went on to great a track that threw major shade at MGK.

The feud reached such an extent that Eminem banned MGK from appearing on his online radio station. MGK recently received a mixed response after he reportedly is keeping the girlfriend’s blood in a necklace! The rapper recently revealed that it was none other than Bernie Sanders who saved his relationship with Megan Fox! While MGK was tight-lipped about any further details, he said that the political figure saved his relationship with Megan Fox, and he is thankful to him for that.

The Rapper Is Dating Megan Fox.

Megan Fox and Machine Gun Kelly were first linked back in 2020 after Fox called it quits with her husband, Brian Austin Green. In an exclusive interview with Ellen DeGeneres, the rapper revealed some interesting facts saying that the house they were living in was haunted! The rapper even confessed that he had to keep a weapon at all times to keep them safe. However, he said that both of them have a shared interest in adventure. 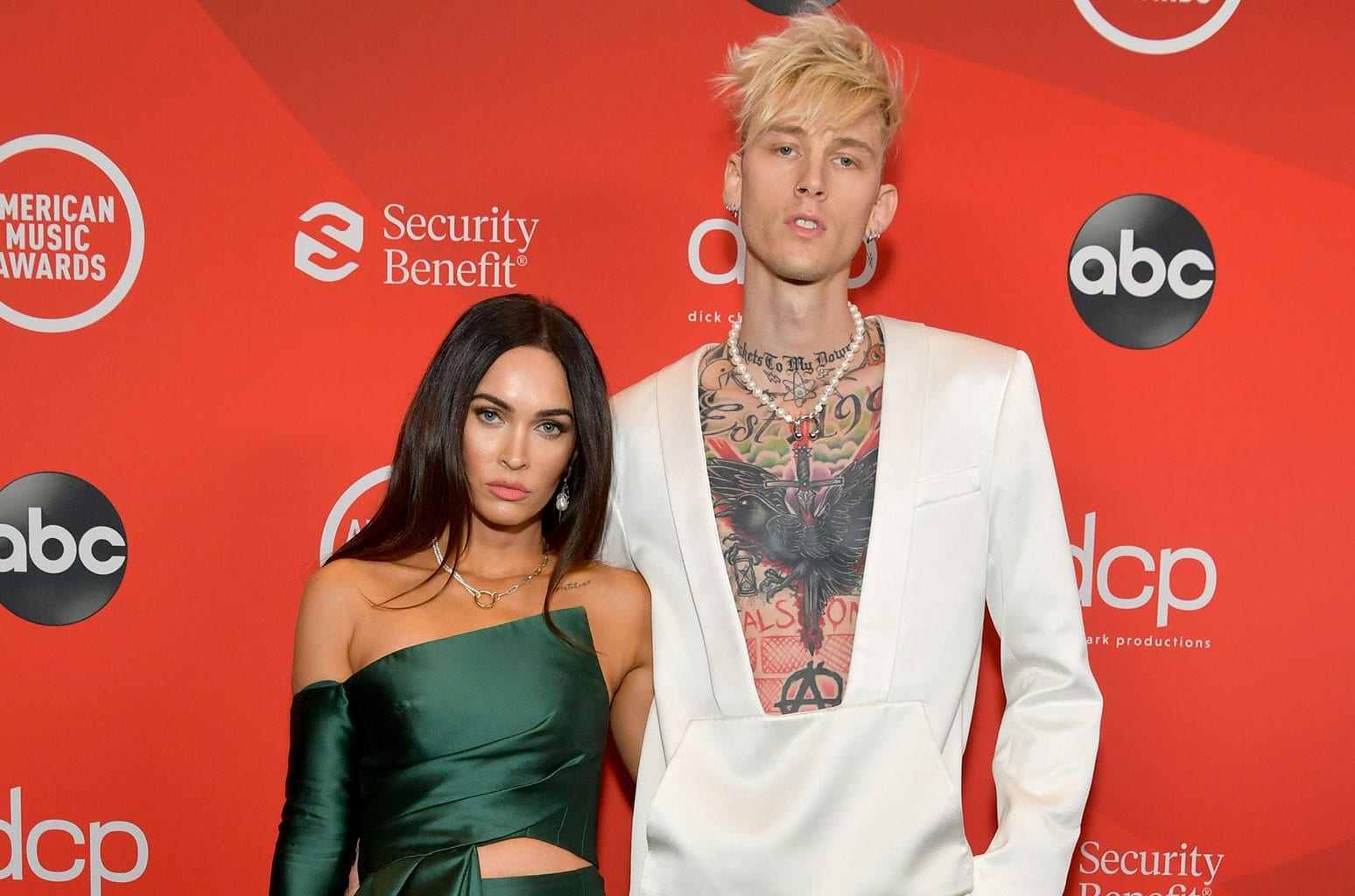 After Megan’s divorce from Austin, and soon started making her relationship official. Machine Gun Kelly made headlines, Inez, after he was, was seen wearing Megan Fox’s blood in a necklace and posting a picture of it on Valentine’s Day. While some pointed out that it was a weird thing to do, the rapper explained that it was a memento to keep when his lady love would be away. It was later revealed by the star that Megan Fox gave him the drop of blood as she was going to shoot in Bulgaria. Machine Gun Kelly did not have a passport and was reportedly freaking out. That’s when Megan Fox came up with the idea.