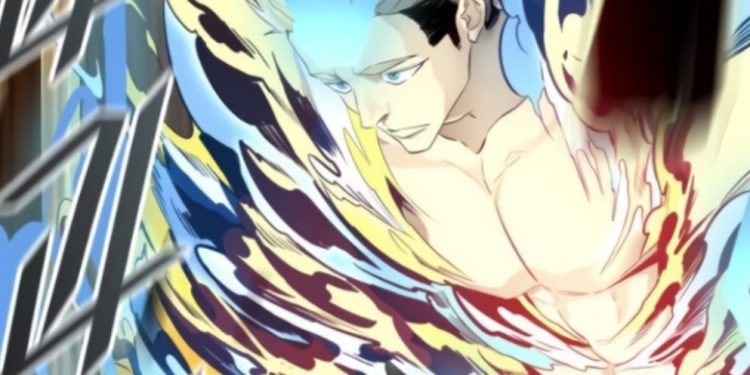 Lyborick vs. Kallavan part 2 begins in Tower Of God Chapter 525. Pudidy talks with the Pursues about the warping gate since they have heard an explosion. He wonders if the warping gate will get destroyed. But Pudidy told the Pursues not to think about that. Lefav has fired a shot at the warping gate, and Ya Husung noticed that. The mystery behind the Tower is yet to be solved. Tower of God reveals the war between the Regulars, Irregulars, and various families with the Zahard Army. The warping has begun in the recent chapter of Tower of God, but a few minutes before the warping, Kallavan vs. Lyborock continues.

The battle continued with a massive explosion, and Kallavan was on the ground with an injured arm. Lyborick wonders if it is over. But Kallavan surprised him with another technique. Lyborick wonders what’s that technique and Kallavan reveals that it is the electric storm he caused, and the chain has exploded. Kallavan’s appearance changes as he powers up. Electric storm explodes after touching Kallavan’s Shinsoo. Lyborick realizes that he made incorrect calculations and explains what happened to the Shinsoo. Kallavan told him that he was tired from his battle and couldn’t show his new form.

But he thanks Lyborick, who smashed him with those attacks that made him awaken his new form. Kallavan feels like he is healed upLyborick realizes that he was not prepared for that and never expects Kallavan to surpass his limit in that matter. He decided to pierce Kallavan’s heart before he got stronger. Lyborick tosses a lighting spear at Kallavan. But Kallavan appeared near him with a blink of an eye and landed and massive hammer punch that sent Lyborick flying.

Previously on Tower Of God Chapter 524

Lyborick begins bleeding after that attack and tries to wipe the blood from his body. He realizes that Kallavan’s momentum has increased. Kallavan looks at Lyboricks and reminds him that it is the beginning of his revenge, and he will dethrone him and regain his throne. He also addressed him as Corps Commander Lyborick, but that would be over soon. Lyborick reminds Kallavan not to interfere with his mission since Lord Zahard will never forgive him. He reveals that the mission is important, and it is from Lord Zahard to prevent things that will happen in the future.

Kallavan is surprised that Lord Zahard ordered Lyborick for that mission, and Lyborick admits that. They both stopped fighting and looked at a Giant airship, and Lyborick heard a noise and wondered what he feared had happened. Kallavan turns around and asks Lyborick if he is thinking about the gate. At the gate, Lefav realizes that her attack failed to blast the gate because of the panels. She decided to fire another shot, but she was attacked, and she didn’t care about the attacks. Everyone was surprised, and Kallavan landed a gigantic beam. Lefav noticed that the gate remained untouched.

Ya Hungsung wonders why Kallavan did that and why he arrived since he betrayed the army. She also wonders what happened to the warp while Lyborick remains on the other side and wonders how he is alone. Everyone notices something fusing and wonders what is happening. Perseus also notices that and wonders if it is inside the floating ship and the whereabouts of Lyborick. Pudidy not that Lyborick has failed since he entrusted him with the mission. Ya Husung notices that those three are strong and can be on par with Evankhell.