‘Luoyang Episodes 31 & 32’ are going to hit the screens very soon. The drama is already halfway through its runtime.

‘Luoyang Episodes 31 & 32’ are going to hit the screens very soon. The drama is already halfway through its premiering period, and by the end of this year, it will bid goodbye to all of us. Till now, with countless episodes, the show has developed a great amount of engagement in all its viewers. For the note, the show is reaching new heights of success and now is getting global attention too.

The C-Drama lovers are in every nook of this globe, and they are adding to the viewership crowd of the show. They are totally whipped for both the cast and plot structure of the show, and undoubtedly the show has stolen the limelight in a very amazing way. Viewers out there are loading the internet with their own theories about the show, and it clearly displays the engagement level that the series is providing to all its audiences.

Furthermore, the cast lineup of the show is the epitome of perfectness in the show. Huang Xuan, Wang Yi bo, Victoria Song, and Song Yi have done a great job in stealing every viewer’s attention towards them and hypnotizing them with their powerful screen presence.

The C-Drama has gained huge ground all over the Asian arena of entertainment. Asian creators have always been perfect with their work, and once again, they have proved that their creativity and imagination level are of completely unique level. Their perfectly arranged storyline and cast lineup has attracted thousands of viewers from all over the industry. It is no surprise that the show’s viewership graph is doing really well and is gaining several viewers with each new episode. Its lyrical flow patterns and constant suspense creation has led to the much-deserved success of the series.

If you are okay with paying for the subscription, then iQiyi is the platform for you. The good thing about it is that it is available for both international and domestic audiences. Once you have completed the subscribing process, you can start with your streaming. Though, if you are not comfortable with spending on a subscription, then there are always options available for you on the internet. You can surf through and find something according to your needs.

In the previous episodes, we saw Yao Niang piercing her body with a halberd in front of Gao Bingzhu. When she landed on the ground, it left him feeling heartbroken. On the other side, Wu Youjue personally went to release Baili Hongyi, and he revealed his plan about luring the snake out of his cave, but it failed horribly. Later, we saw Wu Youjue deciding that he shouldn’t take his life for granted anymore after seeing Baili Hongyi in a life and death situation.

Wu You decides to send Baili Hongyi to Neiwei Mansion. And, we see Liu Ran throwing herself in Baili’s arms after waiting for him for so long. She apologized to him on the way back home for intruding into his plan without his permission. To not fall in hands of Chunqiu, Baili persuades Liu Ran to stay with him, but Liu Ran doesn’t take the lurking dangers seriously. Baili needed to set on the hunt for Huren’s dead body therefore, he ordered Liu Ran to go straight home.

On another side, we saw Gao Bingzhu returning back to Yao Niang’s room and drowning himself in the memories of their past. His heart is in conflict, and the whole process of suicide is witnessed by Wu Siyue. She didn’t know how she should comfort him. He never expected to avenge his dead partners in such a way. Therefore, he left Shiraye after only saying that Yao Niang was the dangerous assassin.

ALSO READ: The Beginning of Yi San’s Majestic Reign As a King in The Red Sleeve Cuff Episode 14

‘Tinted With You Episode 2’: Lee Heon on Run for Securing Survival 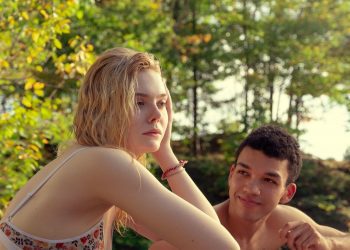