Luoyang Episodes 21 & 22 are going to hit the screens very soon. The C-Drama has effortlessly managed to sweep away the spotlight 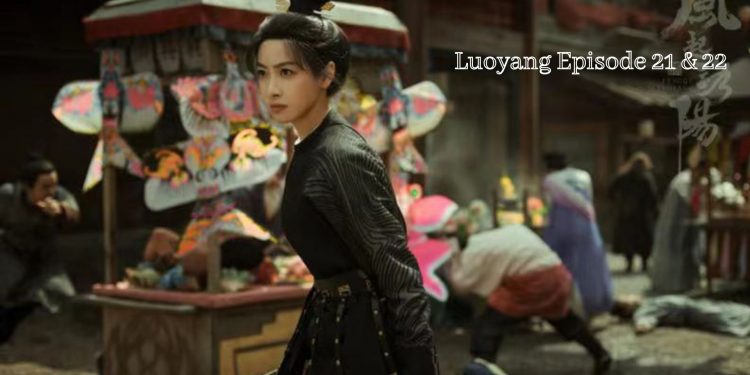 Luoyang Episodes 21 & 22 are going to hit the screens very soon. The C-Drama has effortlessly managed to sweep away the spotlight with its efficient content and its portrayal. The show has created an enormous fan base with its amazing plot points and powerful cast performance. Undoubtedly, the drama is going to be one of the best of this year.

The show is doing impressively well, and it won’t be wrong to say that every Asian drama lover out there has this series on their current watchlist. History and drama are the genres of the series, and they have been portrayed in a really impressive way in every scene of the series. With a full package of suspense, thrill, engagement, history, and drama, the C-Drama has raised the bars. Furthermore, its adaptation from a popular novel has played a major role in its popularity all over the arena.

Here, we are going to talk about the upcoming episodes of the show and to tell you all the needed details about the same. So, let’s have a quick skim inside.

Luoyang Episodes 21 & 22 are going to release on December 15, 2021, at 5:30 PM. Cliffhangers from the previous episodes are going to end soon enough, and the audience out there is ready with their own theories for the same.

This is not a surprise that the Chinese drama series has managed to create an admirable audience base and has bagged an impressive viewership graph. Moreover, it is getting the needed popularity, and the number of viewers is increasing with every new episode. December 30 is going to mark the end of the show, and we are sure that by then, it will become one of the most popular ones out there on the list.

Furthermore, the cast lineup of the show is made up of some of the impressive names of the Asian entertainment industry. The role of Gao Bing Zhu has been portrayed by Huang Xuan, Baili Hong Yi is being played by Wang Yi Bo, the role of Wu Si Ye is played by Victoria Song, and Liu Ran is being played by Song Yi.

Streaming has been limited to some exclusive platforms in the matter of the Chinese drama series. Whether you are an international or domestic viewer, you can go to the streaming platform called iQiyi. Though there are some restriction policies for the same but you can always go for options. You can catch up on all the released and upcoming episodes of the show after buying a subscription plan for the same.

The episodes of the show are passing in a whirlwind, and viewers out there are finding all of them really impressive. There isn’t any trace of stagnant motion in the episodes of the show, and that factor has helped it to attract several viewers from all corners out there. Asian dramas have always been the platform of entertainment in very intriguing ways, and Luoyang has done the same.

In the previous episodes of the show, we have seen Gao Bingzhu burying his mother and carving out a wooden spirit sign with his own hands. His senses were clogged, and he cried his eyes out after the scene. Wu Siyue was deeply hurt by seeing him in this condition, and to not make the matter worse, she quickly hid.

The news of Gao Bingzhu’s mother’s death was out, and Baili Hongyi was deeply affected by it too. He couldn’t help but go back in the past mentally to the painful moments of his father’s death. That made him really uncomfortable, and he wanted nothing more than to just go back home. His abrupt mood change made it impossible for Liu Ran to have a talk with him.

In the other scene, we saw Wu Siyue coming back to the graveyard early in the morning and searching for Gao Binghzu. Though, she is stunned by the revelation that he has disappeared. She ran back to Bailang’s house but couldn’t find anything about the whereabouts of Binghzu. Her desperation increased with every passing minute. Later, we see Balil Hongyi sending Shen Fei to inquire and dig about Binghzu’s whereabouts.

ALSO READ: Are Ida And Aoki Going To Have a Happy Ending In ‘Kieta Hatsukoi’ Episode 10?

The Punisher Season 3 on Netflix: Renewed or Cancelled?