Here are some of the Inspirational Quotes from Monkey D. Luffy which will surely spark a flame inside you...

by Naman Sharma
in One Piece
Reading Time: 5 mins read
0 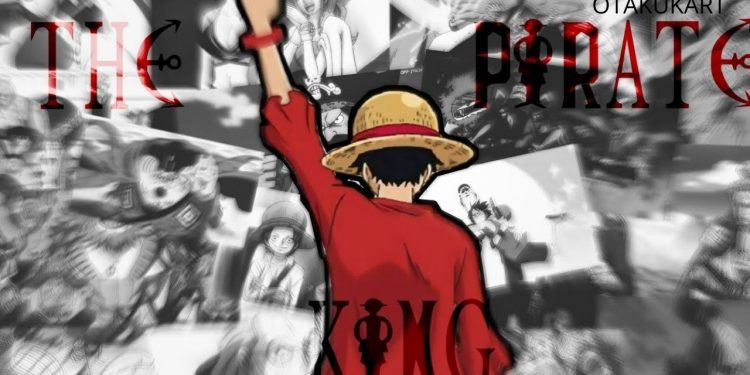 Monkey D. Luffy is undoubtedly one of the most loving characters in the shonen world. He is the backbone of the legendary manga-based anime One Piece and his adventure to become Pirate King is still in continuation. Monkey D. Luffy sailed through the ocean when he was 17, and in the journey, he recruited amazing people for his pirate crew. The best thing about Luffy is, he never leaves any of his friends behind and never judges them on their powers or abilities.

If he found anyone interesting, he asks them to join his crew no matter will that person ever comes in use in combats or strategies. His clear heart and his determination toward his ultimate goal are something we should implement in our day-to-day lives. In this article, we are gonna see some of his most inspirational quotes, which will help all of us to achieve the same level of determination as Luffy.

Monkey D. Luffy belongs to one of the longest-running shonen-based manga and anime, One Piece. The manga is written and illustrated by Eiichiro Oda, which revolves around the evergreen concept of Pirates and Treasure. The story starts when the legendary pirate Gol D. Roger announced in public that he left all of his treasure to a certain place at sea, and whoever finds that will become the King of Pirates.

With this, the age of Pirates starts, and our main protagonist, Monkey D. Luffy gets inspired by Shanks, who took a short halt in his hometown and decided to become the King Of Pirates. His will to achieve his goal is something that creates a Fineline between him and other Pirates.

Here are some of the inspirational quotes of Monkey D. Luffy.

Well, if we are talking about quotes, this quote shall always remain in the first position. From the starting to the current time, This sentence always inspires Luffy to keep moving toward his ultimate dream. Orewa Kaizo Naru! is the signature sentence of Luffy, and no matter how tough the situation is, his voice never breaks while compelling this phrase. This teaches us, no matter how hard the situations are, to keep walking on the path of your goal, and you will definitely find the way out.

The term Nakama or Friend makes the show a kind of special in itself. Luffy is someone who can even put his life in trouble for his friends. He can fight against anyone to save his friend without caring for the consequences. He even challenged World Government for his friend Robin and challenged One of the Yonko Bigmom for his Nakama, Sanji. He saved Nami and his village from Arlong and currently fighting for the freedom of Wano Kuni with the Yonko and Governor-General of the Beast Pirates, Kaidou.

3. Without You, I Can’t Become The King Of Pirates!

Luffy not only risks his life for his friends but also puts his dreams on the line. When Sanji betrayed Straw Hats and beats up Luffy, Luffy shouts towards Sanji and told him that he won’t eat anything unless he comes back to the crew. This was the first time when we saw a crack in Luffy’s tone when he said, “Without You, I can’t become the king of pirates”. Finally, Sanji accepted that he shouldn’t betray his crew and came back to his friends.

No matter how high the mountains are, There is always a road to the summit. This phrase of Luffy makes him stand tall in front of extremely powerful enemies. Luffy doesn’t care how powerful the opponent is. If he is doing anything wrong, Luffy will always try to stop him. This phrase teaches us to not give up if situations are tough or not in our favor right now. No matter how tough the situations are, If we keep on walking on our path, they will bow in front of us.

5. “I Have Nakama Who Are Not Strong..But I Still Want Them To Be With Me! So I Have To Push My Limits and Become Strong-Or Else, I’ll Lose Them All”

As we talk earlier, Luffy doesn’t care whether his Nakama is strong or not. If he finds anyone interesting, he accepts them. Luffy is someone who can’t let anyone die, so he wants to become stronger than anyone else. He wants to save the people around him. After losing Ace, he realized the importance of power. After training for straight 2 years with Rayleigh, Luffy became far powerful than before and learned so many amazing moves. He learned how to gain control over Haki and how to use various Gears effectively.

6. “You want to keep everyone from dying? That’s naive. It’s war, people die.”

This quote of Luffy always gives a chill to me. Luffy said this phrase to Vivi. In war, People Die, and that’s the consequences of war. You can’t save everyone. War leads to destruction and only destruction. The only way to save everyone is not to have war. Luffy even slapped Vivi for putting her life in danger without even asking for help. Luffy told her to put everyone’s life at risk, and that’s for friends are.

It’s like a casual saying Luffy uses sometimes. We all know that there’s only one thing that goes alongside Luffy, and that is Meat. Luffy doesn’t like to hear thanks from his friends instead, he asked them to give him a banquet. If you have meat in your house, Luffy might become your best friend but be careful! His diet may leave you hungry for the next couple of weeks.

Hoye, Are You The Arlong!!!!! This line is enough to give goosebumps to any One Piece fan. Who imagined how hard the life of Nami was and how much terrain Arlong created in her life. Arlong was the guy who ruled over Nami’s village and used to ask for heavy taxes from the citizens. Those who can’t pay them get killed by him. Arlong was the brother of Jimbei, who chose the path of terror. But thanks to Luffy, he defeated Arlong and saved every citizen and Nami from his reign. This is the point when Nami decided to dedicate her life to Luffy.

9. “You wait out here for us, ok, Usopp? We’re gonna level that stupid house to the ground”

When Usopp has terribly beaten down by Franky, Luffy and his crew decide to not only beat down Franky but to destroy his whole damn house. This scene indicates the brotherhood between Luffy and Usopp. Luffy can’t let his Nakama die, and if anyone tries to cause them harm, Luffy beats them to the ground. Luffy beat down every single brother of Franky. But in the end, Franky became the crewmate of Luffy and decided to work as a shipwright for Strawhats.

This single phrase is the current hot phrase of Luffy. Luffy already faced defeat once by Kaidou, and we all eagerly want to see the combat between Luffy and Kidou again. Akazaya Samurais are giving a tough fight to Kaidou, and Luffy is still finding his way to the top. Kaidou is the biggest enemy of Luffy right now, and he will do every single thing to defeat him.

Also, read: Will Kozuki Oden Die In One Piece? Wano’s Fate And The Rise Of Kaido Discussed

Who is Ayh.tee from TikTok? All About Him!

Teeth Filter TikTok: Are Your Teeth Yellow? This Filter Will Tell You!