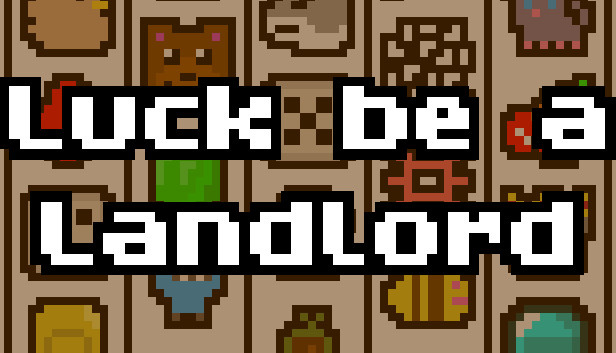 Well, it’s like a casino game. You hit the spin button, and hope for the best rolls you can possibly get. Though there is a twist. You start off with only 5 items on the board when the board really has 20 slots in it. Don’t worry though the items on the board give s certain amount of money no matter what, unless they aren’t on the board. 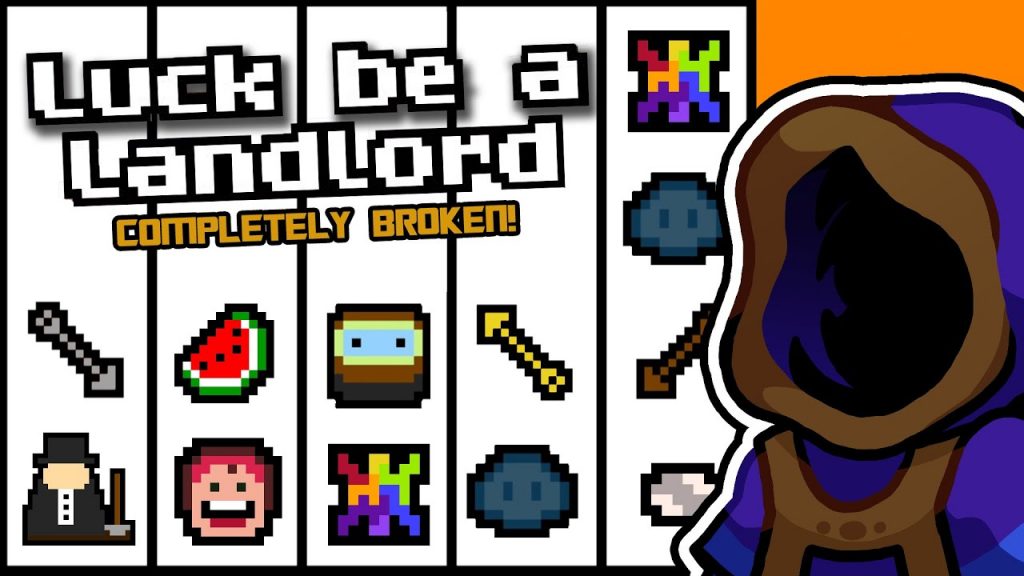 After every spin, you will be brought a selection of new items to add to your board or deck as some are calling it. These items can range from capsules that give you more items, fruits, people that do various amounts of different things, animals, and more.

Once you have paid the landlord’s rent, you will get to choose an item along with a side item. A side item appears on the side of your board and does a bunch of different interesting things. It all just depends on what items you get to choose from, and which ones you choose.

Why is the game set up this way? Well, give the name luck be a landlord. You have a landlord in the game in which you own them money after spinning so many times. The longer you play the longer you can spin without having to worry about paying him. Though, the catch to that is, you owe him more every time you pay off.

This greedy landlord doesn’t know when to stop upping the prices of rent. Making it a bit of a challenging game. While this game is challenging it is very luck-based as well and that cannot be stressed enough. If you don’t have a whole lot of luck in games, Then this one may not be for you. Though, keep in mind. It is only 10 dollars on steam so it may not be bad to just give it a try and see how well you enjoy it. Even if you don’t have a lot of luck in games, you may find this game entertaining.

Also read: Valhiem The Game Taking The Internet By Surprise

With Luck Be A landlord only being 10 dollars in steam, a lot of people have grabbed it at the price it is at. Not only is it cheap but it holds a ton of entertainment. Especially for those who have gambling problems. Hopefully, this helps those counter that gambling problem as well. Meaning, hopefully, they play this game over gambling in real life.

Out of 5 stars, we can safely give this game a 4.5 star. The reason it’s not getting a 5 star is because of how luck-based this game really is. Not everyone likes the luck-based games though a lot of people love this one. Here are some reviews of Luck be a landlord.

One reviewer says this is easily one of his favorite games of this year. It took them a bit of time to catch onto it but when they did. They got addicted to it. Also, the more they play it the better it gets for them. This reviewer goes on about how the game is a deck builder game, and how they don’t normally enjoy deck building games. Though, this one they are addicted to. To this reviewer, they mention it’s more than just a deck-building game. In which it truly is.

Another reviewer says this game became part of their routine. They really enjoyed the one more go quality of the game. For those who haven’t played this game yet, you have this sense of playing through the game one more time after each loss. This reviewer also talks about how this game is a deck-building game. This is interesting because there aren’t many reviewers that go into detail about what the game actually is and what it does