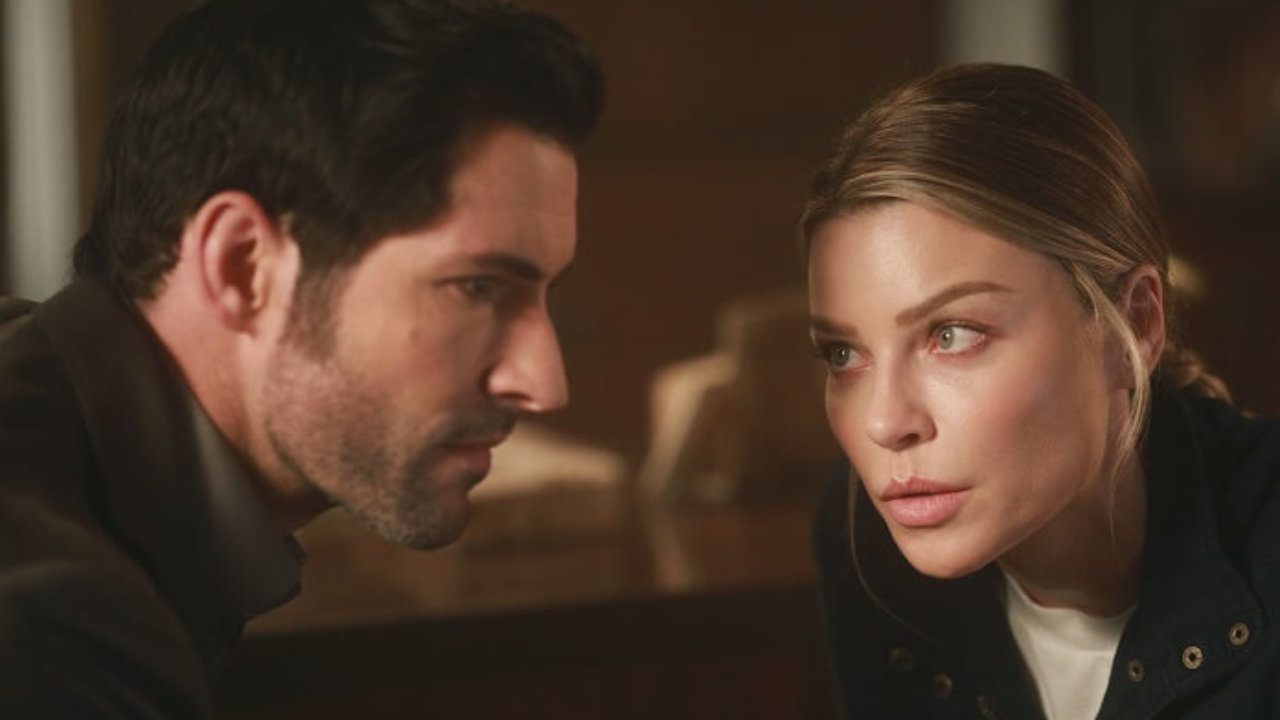 A still from 'Lucifer'

After watching season 3 of ‘Lucifer,’ fans want the ending to be explained. The show has a huge cult following, with a lot of fans loving the show. Ever since the show came out, it has received a lot of love. The cast and production of the show are amazing. After the release of the third season, FOX announced that they would be canceling the show, and the fans were left disappointed. However, Netflix picked up the show for further seasons. Now, Lucifer has six seasons!

The show started in 2016, and indeed, Netflix saved it. Tom Kapinos is the developer of Lucifer, and it follows the story of a ‘fallen angel’ who is bored and tired of his life in Hell. He goes to LA and opens a piano bar over there, and then the story proceeds. The creators of the show took inspiration from a comic book character who is the DC universe’s version of Devil. Now, let us get into the details of ‘Lucifer’ season 3 and have its ending explained!

What Is The Show ‘Lucifer’ About?

Lucifer is a show that is based on a comic. The show’s protagonist is Lucifer Morningstar. He is tired of his miserable existence in hell and decides to relocate to Los Angeles. While Lucifer is there, he uses his experience and telepathic powers in order to assist humanity. He uses these powers to deal with people’s problems by bringing forth their deepest ideas and secrets.

The director of the show says it was the first time he witnessed the ‘Devil’ not trying to hide. It is the most straightforward way of putting things. He is stating facts. That is the fun part about the show. The director sees Lucifer as a redemption story. He said it is an examination of people who are not who they appear to be on the surface. Lucifer never lies on the show. He is someone who tells things as and how they are. The director feels the character of Lucifer would never degrade himself by lying, so his character is very straightforward. Lucifer is always on the lookout for hypocrisy, and that is the type of evil he seeks out. 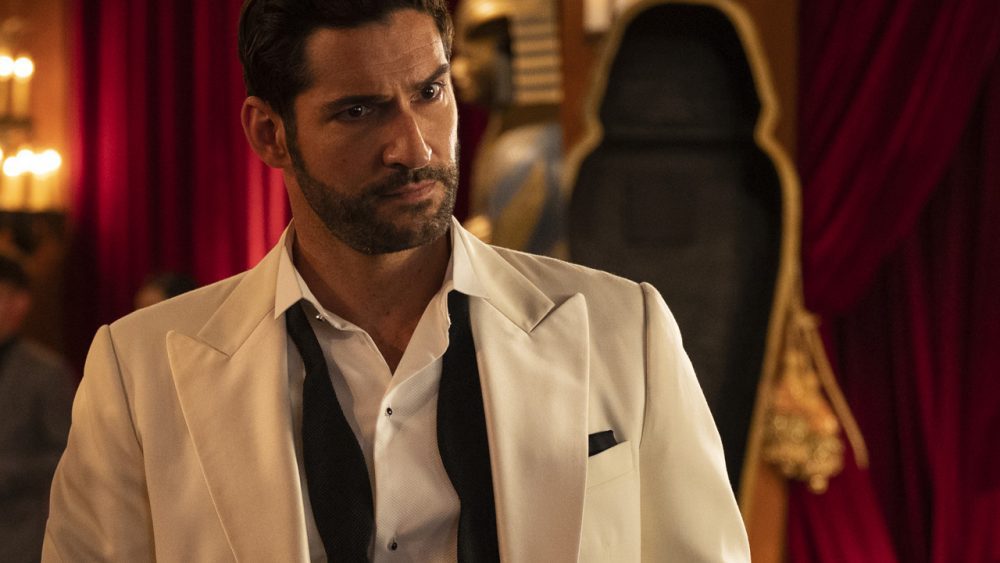 In the show, Lucifer starts a bar in LA and is captivated by Detective Chloe Decker. He then goes on to use his talents to assist her in solving crimes while fending off the angel Amenadiel’s attempts to persuade him to return to his rightful role as the ‘ruler of the underworld’. There’s also Maze, who is a demon in human form. Maze is torn between her duty as Lucifer’s protector and her desire to help Amenadiel achieve his aims.

What Happens In The Season 3 Of ‘Lucifer’?

In season 3, we see that Lucifer gets his wings back, which he had cut off in the previous season. Although his wings are now back, it cost him another aspect of his personality. Soon after, Lucifer learns that a mysterious crime figure, who goes by the name ‘The Sinnerman’ has come to Los Angeles. He is attempting to corner the market and take it over. At the same time, there is a new lieutenant who joins.

‘Lucifer’ Season 3: What Happens Further Into The Season?

Now, since ‘The Sinnerman’ is trying to take over the business by granting favors, Lucifer starts doing the same. We see Linda and Amenadiel bond while disposing of the feathery remains of Lucifer. Ah, yes, Lucifer cuts his wings once again! Don’t worry, he gets them back in this season again. Also, we witness Chloe channeling her inner Lucifer during one of her cases. The bullet necklace is still with her. Along with that, we see Charlotte trying to make an effort to improve herself in order to prevent going to hell! She leaves her practice and joins the District Attorney’s office. 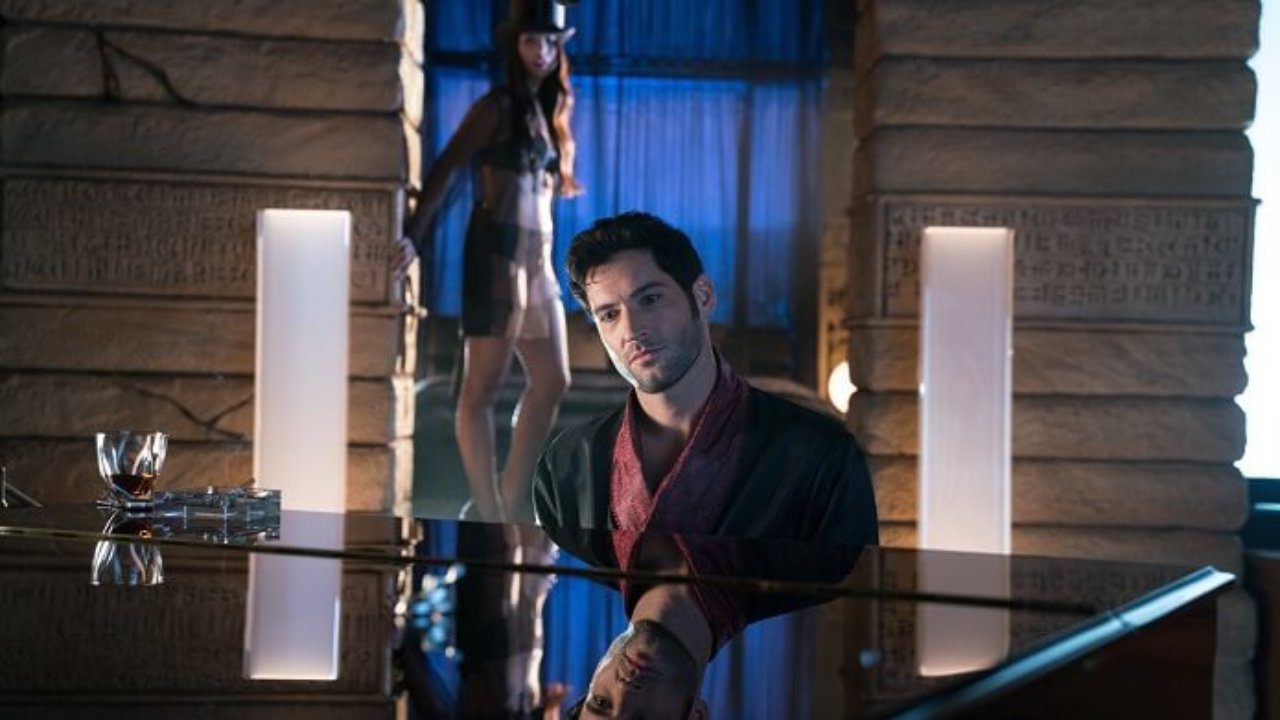 Also, in one of the episodes, to arrest a suburban killer, Pierce and Lucifer go undercover as a married couple. It is a great episode and is fun to watch. We see Charlotte and Dan going on a date. Along with that, further, we see Charlotte is startled as Lucifer and Amenadiel affirm Heaven, Hell, and the rest of it for her. On the other hand, we see Maze agreeing to cooperate with Pierce to assassinate him, frame Lucifer, and send her back to hell. Near the ending, Charlotte is hit by a bullet that was intended for Amenadiel. After Charlotte’s death, Dan is left heartbroken.

‘Lucifer’ Season 3 Ending Explained: What Does Chloe Find Out?

In the final episode, Maze recognizes that human emotions make her powerful. After getting his wings back again, Lucifer spreads them in order to protect Chloe from a shower of gunfire, and this visual is amazing to watch! Eventually, Cain is killed by Lucifer, and at the exact same moment, Chloe enters the scene. 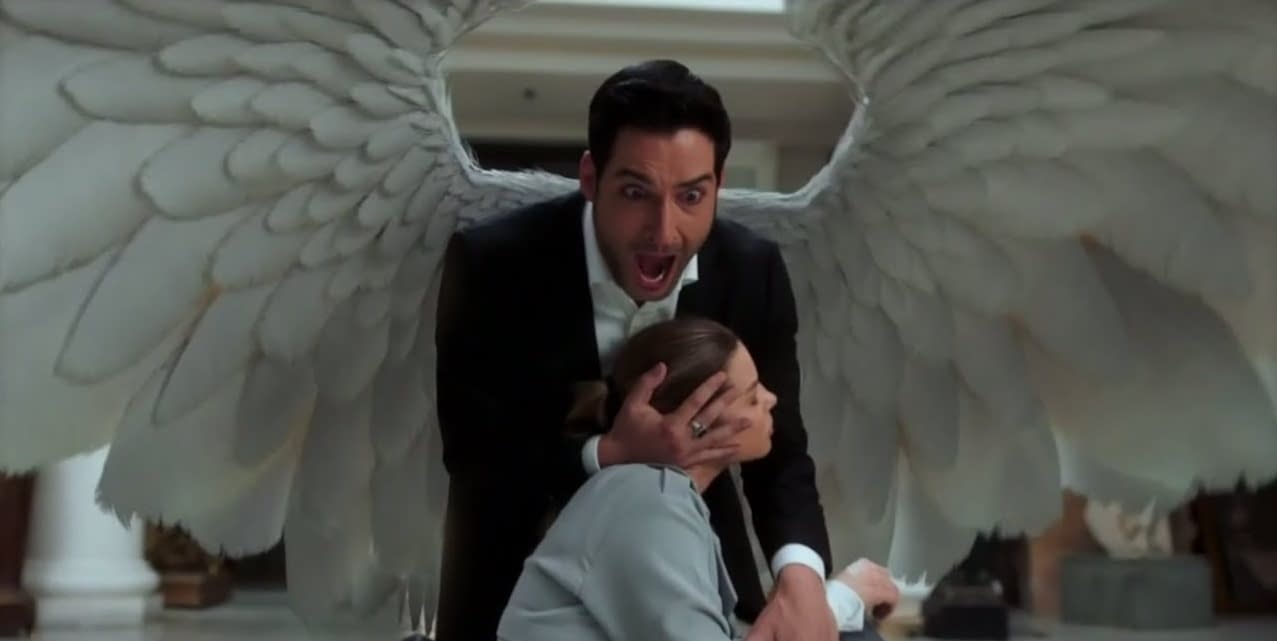 A still from season 3

Lucifer killed Cain, which hit him hard after a period in which he felt his morals were growing. That is exactly when his devilish visage reappears, and that is the face Chloe walked in to see. She finally sees the reality and Lucifer for what he is. Season 3 ends there, and it sure indeed is a cliffhanger! FOX also announced that they would cancel the show. However, Netflix picked up the show for another season!