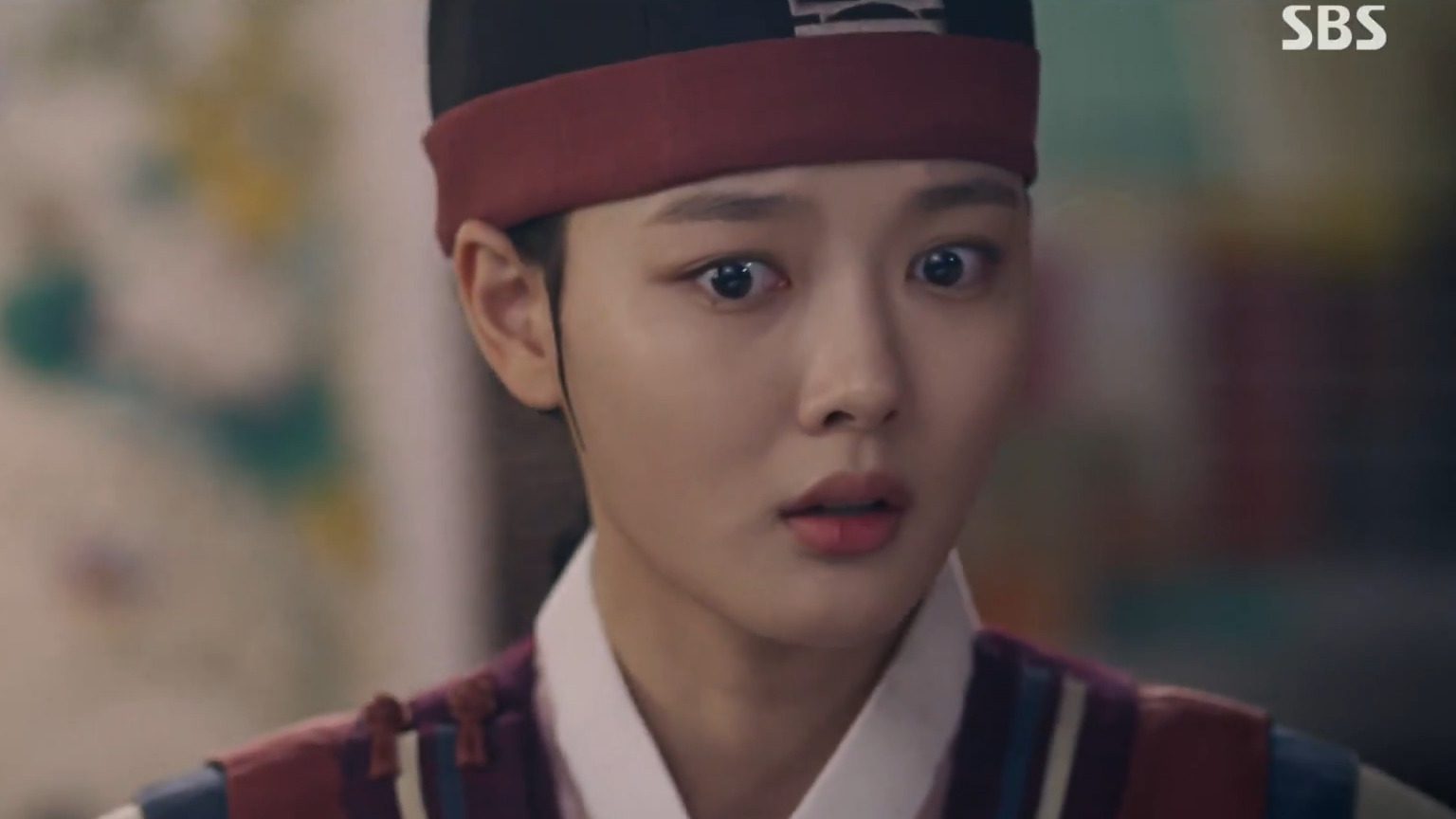 “The Lovers of The Red Sky” is currently on the highest rating K-dramas going on. With the intense story, the show has created a huge fanbase that keeps increasing with every episode. With fans waiting for episode 13 of The Lovers of The Red Sky, a lot of things have been happening. From Prince Yang Myung going overboard to show his love. And doing everything he could to protect Chun Gi and keep her away from Ha Ram. To Prince Joo Yang conspiring against Ha Ram and Shaman Mi So constantly trying to manifest Ma Wang. Things are getting dangerous every day.

As Prince Yang Myung gets to know that Ha Ram and Chun Gi are together even after he told Ha Ram to stay away from her. He charges to the place they are at with a group of guards. As Chun Gi tries to resist, Ha Ram himself surrenders and goes with the guards while Chun Gi keeps telling the prince to let Ha Ram go. They all leave her crying at the riverside, with Ha Ram’s portrait that she painted lying beside her. As she thinks about all the things he tells her. While Ha Ram is getting locked in the special cell in the police chamber.

Painting The First Draft Of The King’s Portrait

Begging Prince Yang Myung to see Ha Ram, Chun Gi is locked inside the royal palace. As she has to work on the portrait of the late king. As the superiors take a look at the rough sketch of the portrait, they are mesmerized by the sketch. Telling Chun Gi to start working on the final portrait. As she starts working on the portrait, Prince Yang Myung comes inside and asks her about the ring she is wearing. Hearing it belongs to Ha Ram, he starts overreacting. As he asks what kind of man she sees on him, Chun Gi calls him a jerk and leaves the room. Getting back to work, Chun Gi finally finishes the first draft of the portrait.

And Han Geon takes the draft and presents it to the king. Who is in love with the sketch, as it looks like the late king is just in front of him. While they are looking, Prince Yang Myung arrives in the room along with priestess Wol Sun. And asks the king to let her have a look at the draft, so she can check how divine the portrait is. As Wol Sun comes forward to test the portrait with her talisman and chants the spells, the spell-bound paper in her hand fades away in the air. And he reveals that the portrait has no levels of divinity at all. Shocked at the statement, Prince Yang Myung apologizes to his father, the King, and asks him to give him another chance. 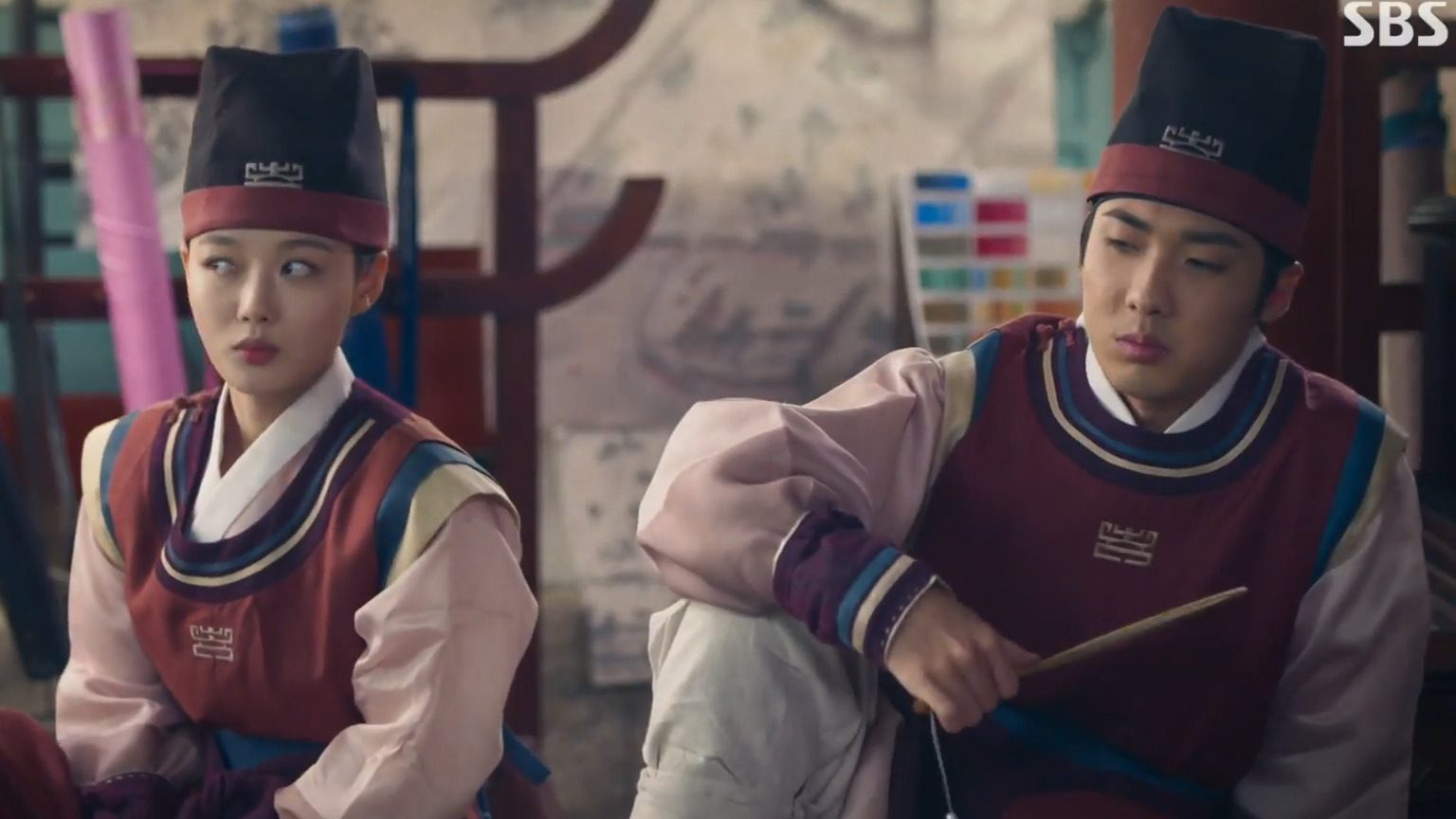 Returning to Chun Gi, who is waiting for the review outside the room. Prince Yang Myung tells her that her draft has no divinity at all. And that she needs to forget about Ha Ram when she is working on the portrait. Having had enough of everything, Chun decides to sneak out of the palace and go meet Ha Ram in prison along with her friends.

Lovers of The Red Sky Episode 13 will release on October 18, 2021. The upcoming episode will be available on streaming services Rakuten Viki and Viu to watch globally. Talking about the burned portrait, the king reveals to Prince Yang Myung about the divinity of the portrait, which stopped it from burning completely. As they start talking about the crown prince, the king asks him to take up the throne. As nobody knows about the conversation, Prince Joo Yang is using this to take control of the palace under himself. While the king lies on his death bed along with the original crown prince. As Prince Yang Myung stares at the things happening around him in shock.