Lovers Of The Red Sky: The Cast Of The K-drama 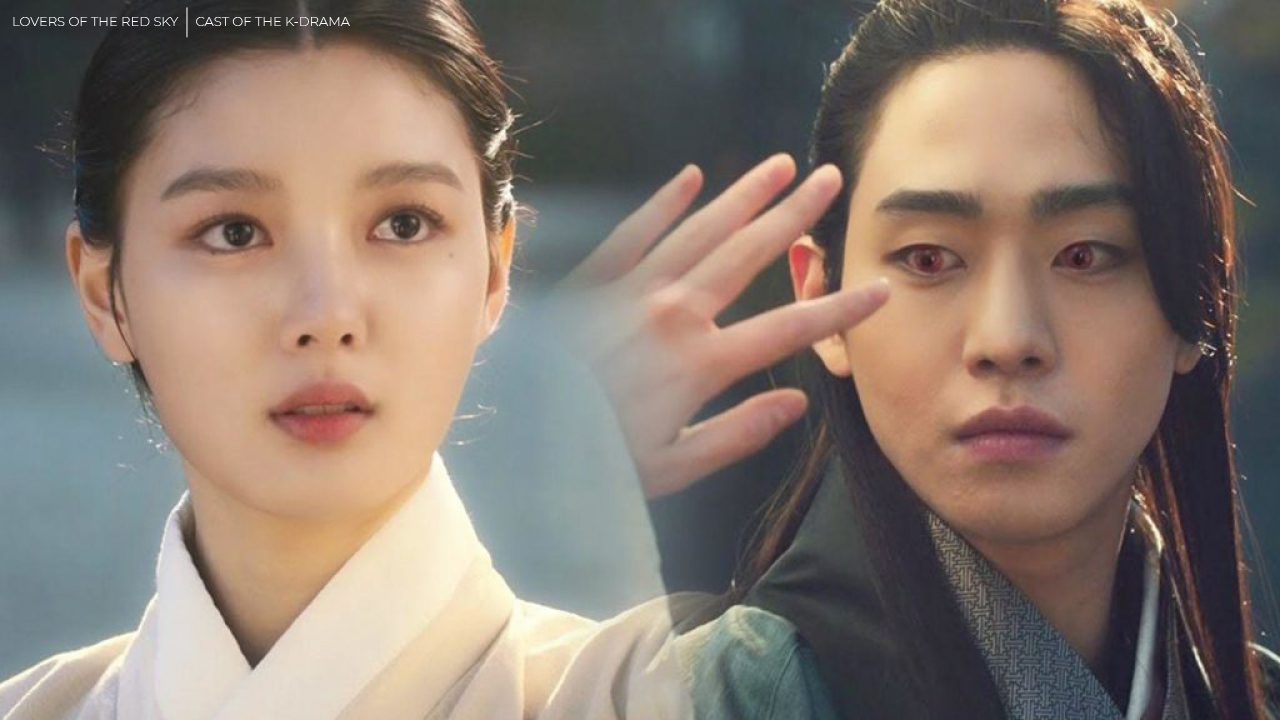 Lovers Of The Red Sky

‘Lovers of the Red Sky’ is the k-drama adaptation of the period novel called “Hong Chun Gi”. Written by Jung Eun Gwol, the drama revolves around the era of the Dan era of the Joseon Dynasty. It was the time when people used to believe in supernatural entities a lot. And if anything explainable was, it was the doing of a ghost! Revolving around two lovers trying to find each other and two brothers fighting to take their thone. The show presents the intense story of fate with a twist of mind games revolving around two people who are destined to be together. As they both cross each other’s paths, Hong Chun Gi is strongly attracted to Ha Ram from the beginning.

K-drama Lovers Of The Red Sky: Meet The Cast and The Characters They Pay!

Kim Yoo Junk is definitely not a rookie in the matter of acting, considering the last time we saw her doing an amazing job in the show Backstreet Rookie. The model turned actress has been in the South Korean entertainment industry since the age of 5. Starting her acting career as a child actress, Yoo Jung has been a part of many shows. Some of her noticeable shows include Moon Embracing the Sun and Angry Mom. Before taking up the lead roles in movies, she went on to host the live music and reality show Inkigayo making her a known face in both acting and music scene. Fans call her “Nation’s Little Sister” and the “Sageuk fairy” as she has a lot of period dramas to her name.

Yoo Jung plays Hong Chun Gi, the female protagonist in the show. A painter who was born blind but regained her sight as she grew up, and nobody knows how. But they do call it magic or fate. Being amazing in the art she makes, she is also the only female painter of the era as her skills are just *chef’s kisses*.

Known for almost debuting with Got7 under JYP but going to look into other options in the industry, Ahn Hyo Seop plays the role takes up the male protagonist. In 2015, Hyo Seop debuted with boyband One O One, but the group went on to disband as the members find things they preferred to do more than being a k-pop idol. During his idol years, Hyo Seop went on to take acting gigs and ended up doing a great job. Starting with supporting roles, he went on to have lead roles in k-dramas like Still 17, Abyss, and recently Dr. Romantic.

He plays the role of Ha Ram, an astrologer who was born with perfect eyesight. But as he lost it as he grew up. Now living as a visually impaired man, he is one of the most known and important astrologers of the era. Losing his sight while performing a ritual, he doesn’t let it affect his work. He can understand the general appearance, shape, and features of a person’s face. Working in the royal palace, he can read the stars.

Debuting in 2013 under the Fantiago entertainment agency, Gong Myung is a part of the acting group 5urprise. Along with the band members Yoo Il, Seo Kang Joon, Kang Tae Oh, and Lee Tae Hwan, 5urprise is the first all-actor artist group of the industry. Gong Myung was discovered and made part of the group under Fantagio’s “Actor′s League”. A popular name in the films and as a supporting actor in the K-dramas, he has appeared in shows like Be Melodramatic, The Bride of Haebak, and a lot more.

Gong Myung plays the role of Prince Yang Myung, one of the royal brothers in the line for the throne. Being a hopeless romantic, Ahn Phyong has hidden loneliness inside of him that clouds his thoughts and actions a lot. He has an eye for classy and beautiful things and loves to party and entertain his guests.

Making his acting debut in 2014 with the movie ‘Night Flight’, Kwak Si Yang went on to make his musical debut. Making his debut in 2015 with the band One O One along with Ahn Yeo Seop. As the band went on a break, Kwas Si Yang moved to act. He became more popular after playing the role of a chef who appears stand-offish but is kind and sweet in the k-drama Oh My Ghost!. Till now, he has done four dramas with SBS playing notable supporting roles. He will also be joining JTBC’s IDOLTheCoup later in 2021.

Kwak Si Yang plays the role of Grand Prince Su Yang, the elder one of the royal brothers. Being a clever and cruel prince, he is not afraid to remove the obstacles that come in his way. Being the older one, the throne is his, but his younger brother still has the possibility of taking over his throne. So he is going to make sure that the throne remains only for him. Taking the help from Ha Ram about the events that are supposed to take place, he will be making everything sure.

The supporting cast of the Lovers of the Red Sky also has some gems. They have surely added essence of their own, and without them, the lead cast might be lost. Here are some important people from the supporting cast.

Known for his noticeable roles in shows like Extraordinary You, Once Again, and Into the Ring, Kim Hyun Mok plays the roles of Ha Ram’s servent named Mansoo. Jang Hyun-sung plays Han Geon, who excels in painting, especially in landscape and scenery painting. Hong Kyung plays Choi Jung, who is one of the most famous painters in Gohwawon and has a talent for painting portraits. Yoon Sa Bong plays the artist and painting manager Kyun Ju. She is close to Hon Chun Gi and thinks of her as her daughter.

The Casting Of “The Lovers of The Red Sky”

During an online conference, the cast and the producing director (PD) Jang Tae Yoo interacted with the media and fans. The lead cast talked about the show and its characters along with what they think about the roles they are playing. PD-nim talked about the casting process he and the team went through. They looked for chemistry and acting skills, as it is written in history that Hong Chun GI is ‘a rare beauty.’ Keeping all the characters and their drama history in mind, Jang Tae Yoo says that the cast is handpicked. Praising the chemistry on the show, he said that all he has to do is turn on the camera and everything goes well.

The actors revealed that they try to be as natural as possible. Considering Yoo Jung has worked in period dramas, she revealed that she tries to go for the different roles and try not to fit in a frame.  As the last period drama faced a negative response from the viewers over the distortion of history, SBS had to cancel Joseon Exorcist. Not taking a chance, PD-nim and his team have invested their time while creating the drama. The whole team hopes that viewers like the show as everybody has gone through extremes to make the shoe happen.

You Raise Me Up: Release Date, Plot & Cast Updates