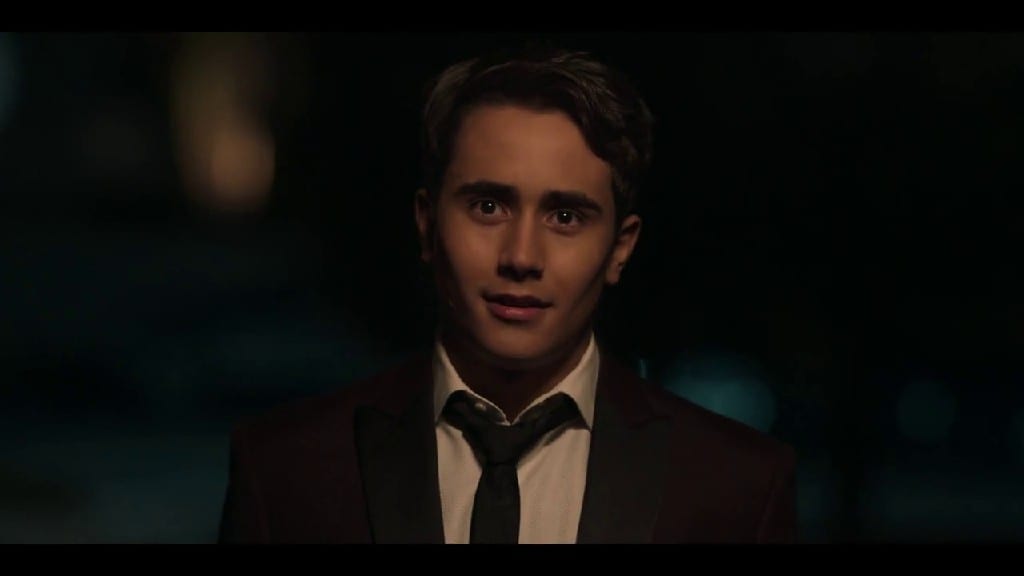 Hulu spawned a show out of the 2018 rom-com Love, Simon, and that show has developed quite a lot in the second season. Love, Simon has certainly moved past its first season, which was all about struggling with sexual orientation, and developed the characters to mature side in the seconds season. Victor did find the friends that care about him, and the ending of Love, Victor S02, was proof. Despite Simon not answering his messages since he was busy, there was a friend who helped Victor’s confusion, but what was it?

Well, the finale of Love, Victor Season 2 was actually a moment of confusion and hard-decision-making for most of the characters. Felix was stuck on whether he should get back with Lake or follow his new love interest, Pillar. On the other hand, Mia is quite disappointed, realizing she has to leave as her father has decided to accept a bigger job in a city far away. Lastly, Victor was in a similar situation as Felix, with Benji and Rahim. So what went down? Who did Victor choose? Who did Felix choose? Did Harold manage to convince Mia? Let’s break down the ending of Love, Victor S02.

What Went Down in Love, Victor Season 2 Finale?

The finale of Love, Victor Season 2, opened up with Victor staring the Veronica and Harold’s Wedding invitation. It read for him and Benji. But since they came to close the relationship on a break as it isn’t working fine, he looks for someone else to have to go with him. He comes out of the room to find Pillar as she advises him to take Rahim along. Isabel tries to talk to Armando about Victor’s situation and how he has isolated himself. With Shelby around, she even asks about saving the marriage. 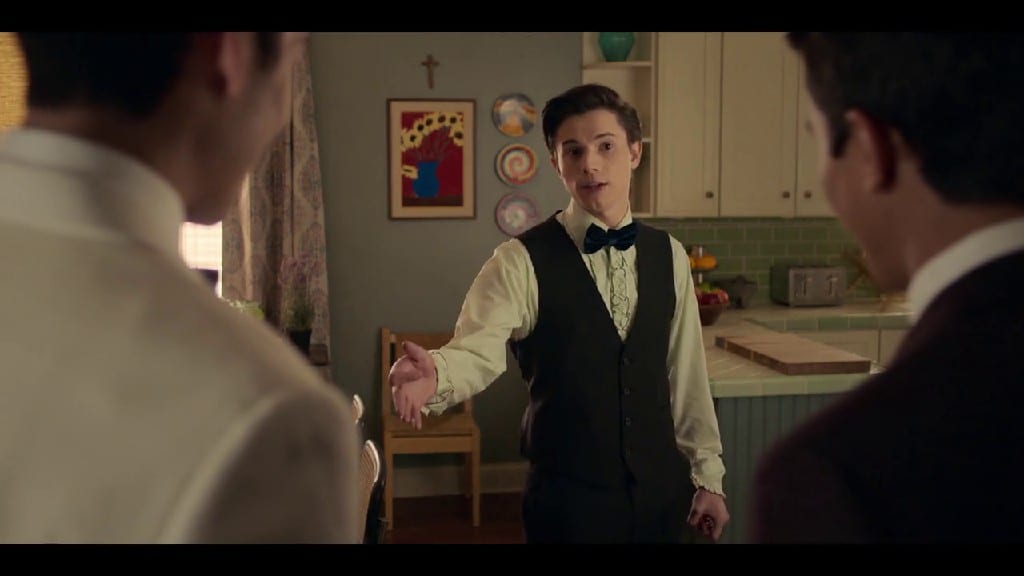 Felix reconciles with his returning mother from the facility. She shares stories from the facility while he shares about his breakup with Lake. Back at the wedding preparation, as Harold and Veronica pay a visit, Harold’s daughter gifts beautiful jewelry belonging to her grandma to Veronica. Amidst this, Harold announces the news about a brand new job opportunity he took up there at Stanford, leaving Mia disappointed since she has to leave the town along with him. Felix bumps into Pillar as they talk about their awkward kiss, with Pillar confessing her feelings. 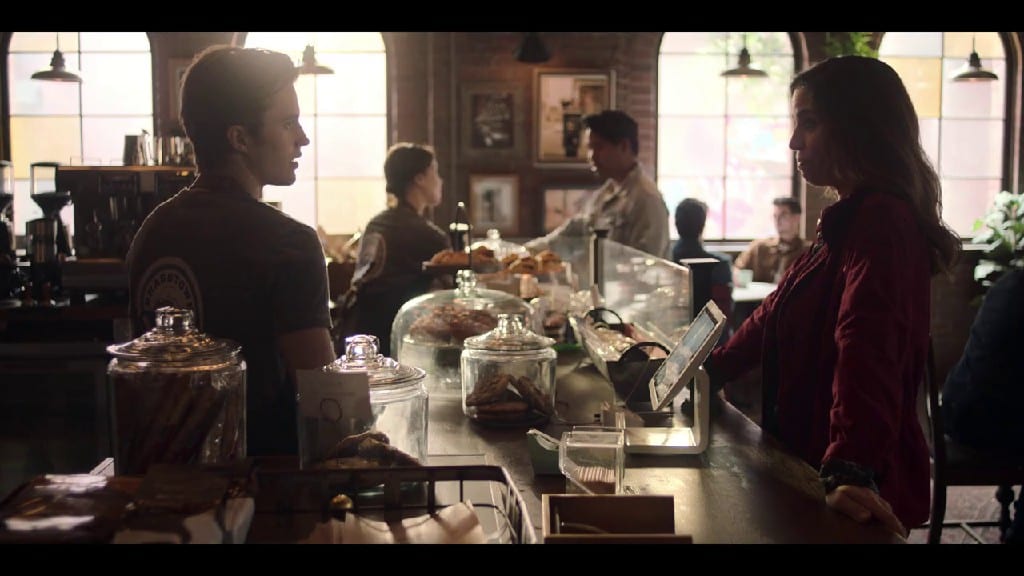 Everyone arrives at the wedding. Benji looks onto the social media post of Victor and Rahim as Isabel pops up. She tries to talk and reconcile with Benji and gives him the much-needed advice. Meanwhile, Harold receives a similar one from Andrew for his daughter as he wants to take her away from everything. Lake tries to catch up with Felix again, and they reconnect on the dancefloor. So do Victor and Rahim until Benji gathers courage and walks in to see Victor happily dancing with Rahim. This leaves him walking out of the wedding. Also, Victor questions himself and Rahim on if he isn’t allowed to have a friend either? Well, that’s not all.

When Victor asks Rahim about having just a friend, he reveals that it’s more than that. Yes, Rahim confesses his feelings for Victor. He never wanted to get in his and Benji’s way, but that’s the way it is as they kiss. He states he will wait and let Victor figure out this mess. If Victor feels the same, he can head back to Rahim, who will be waiting for sure. Meanwhile, on the other side, Felix has left Lake on the dancefloor alone after thanking her for helping her mother recover. 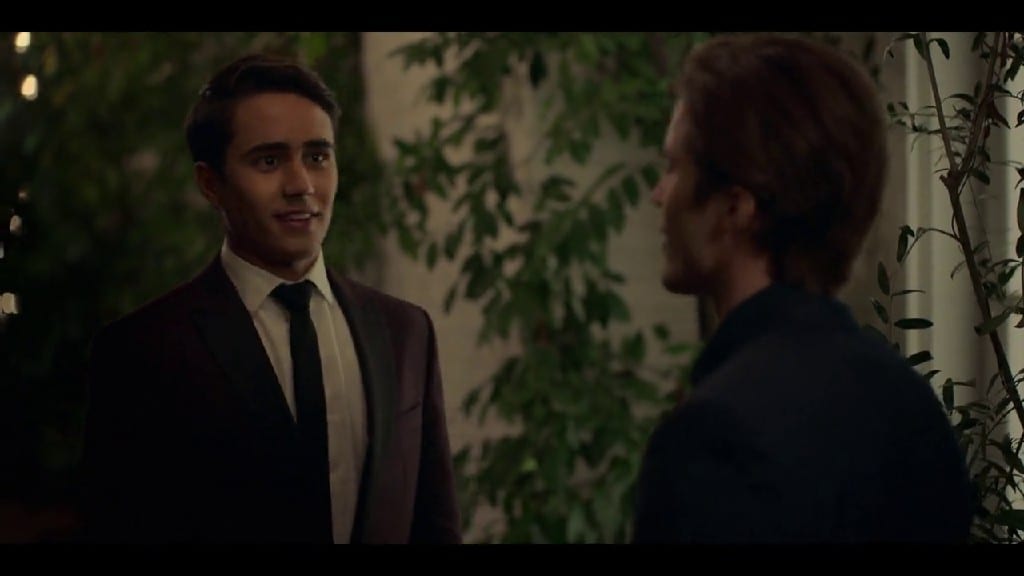 Felix and Victor both bump into each other. Felix is having a lowkey panic heart and confesses to Victor what’s going down. He sees that Lake wants to be back together with him, and he is happy with that. But there is a chance he likes someone else. That is Pillar, whom he accidentally kissed. At the same time, Felix asks Victor about his problem. The thing is, they both have the same kind of problem. Even Benji wants back together, and Rahim likes Victor with Victor confused. 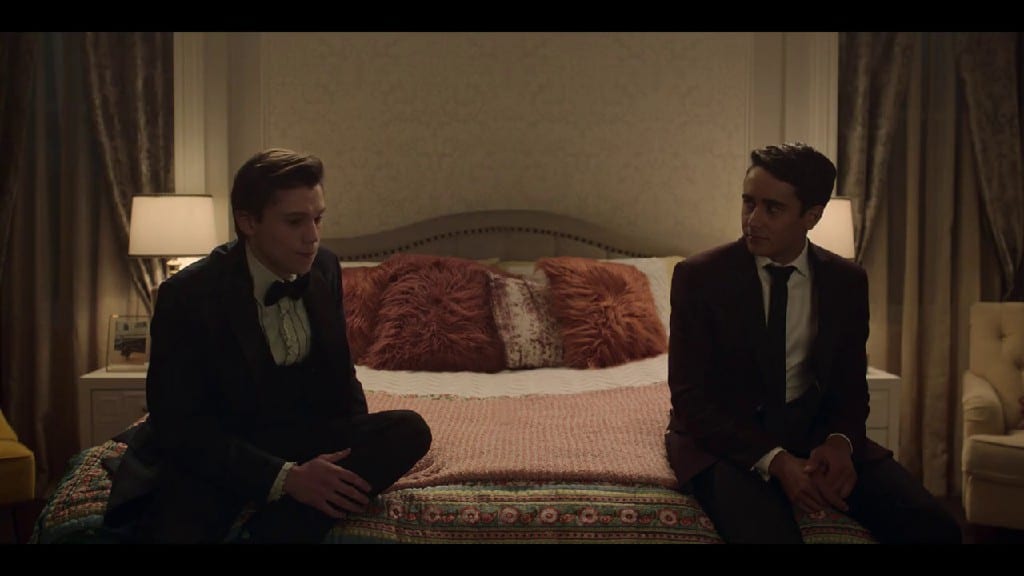 Felix brings in a technique his mother uses and asks Victor to follow and dream about the person he wants to spend the rest of his life with. Eventually, they both figure it out. We see Felix approaching Pillar to confess his feelings, and they eventually make out. Meanwhile, Lake finds a friend to drink for the night. Armando, on the other hand, decided to save his marriage by knocking on Isabel’s door as well. Harold looks for Mia, but she left with Andrew and has kept a note on her bed.

Lastly, Victor runs towards the person he wants to spend life with. Amidst this, Simon calls to answer the messages, Victor. But Victor confesses he is good and now has everyone around him who knows he is gay. They are always there for him and ready to help. So he is ready for this next chapter without Simon, and Simon encourages him too. The episode comes to a close with a cliffhanger as Victor rings the bell of a door and says Hi. But to whom we don’t know? It could either be Benji or, much like Felix, Rahim, who confessed his feelings recently. Who do you think it would be? The answer will come if there is Love, Vitor Season 3 coming.