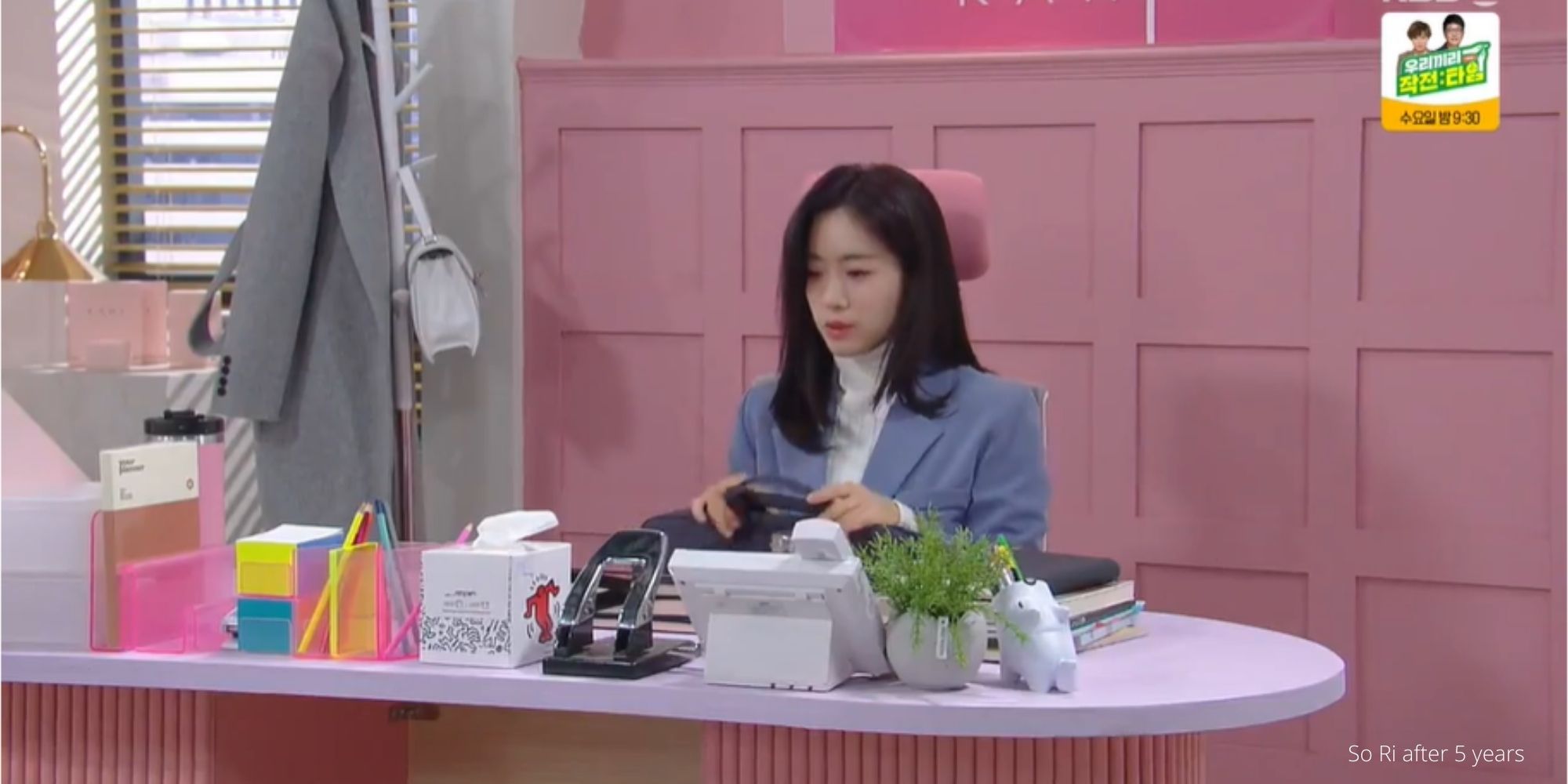 So Ri after 5 years

So Ri tells her family that she will be marrying Kyung Joon but her family is against it. Her parents try to convince her that this is a mistake but she does not listen to them. In ‘Love Twist’ episode 32, So Ri tries to tell Ha Ru about their baby but fails as she does not communicate directly to him. She keeps the sonogram pictures inside a book and hopes that Ha Ru will find it someday but unfortunately he leaves that box behind.

When So Ri finds out about this she thinks that he has done this on purpose and decides to move on with her life. After five years have passed everything changes. So Ri is a successful business woman running her own cosmetics company. Also, she has a son who does not know anything about Oh family.

So Ri’s family holds a funeral for So Ri’s grandfather Beom Soo. His death is an unexpected incident for everyone. Kyung Joon’s family is mournful about Beom Soo’s death but they cannot do much about it. Later, Hee Ok arrives at the funeral and everyone is shocked to see her. When Ok Hee explains why she asked her to come So Ri’s grandmother becomes furious and leaves the funeral. Now everyone knows that Gwang Nam and Ok Hee are getting a divorce and Hee Ok will be his next wife. As for So Ri, she encounters Ha Ru and Yoon-ah at the funeral and talks to them very rudely.

As a last resort, she asks Kyung Joon again to marry her. This time she is serious about her decision. However, they do not rush into it and discuss the matter thoroughly. Kyung Joon wants to marry So Ri because he is in love with her. As for So Ri, she just wants to marry him for the baby so no one will stop her from giving birth. The next day at lunch So Ri tells her family that she will marry Kyung Joon. Everyone tells her that this is a mistake but she is willing to go ahead with the plan. 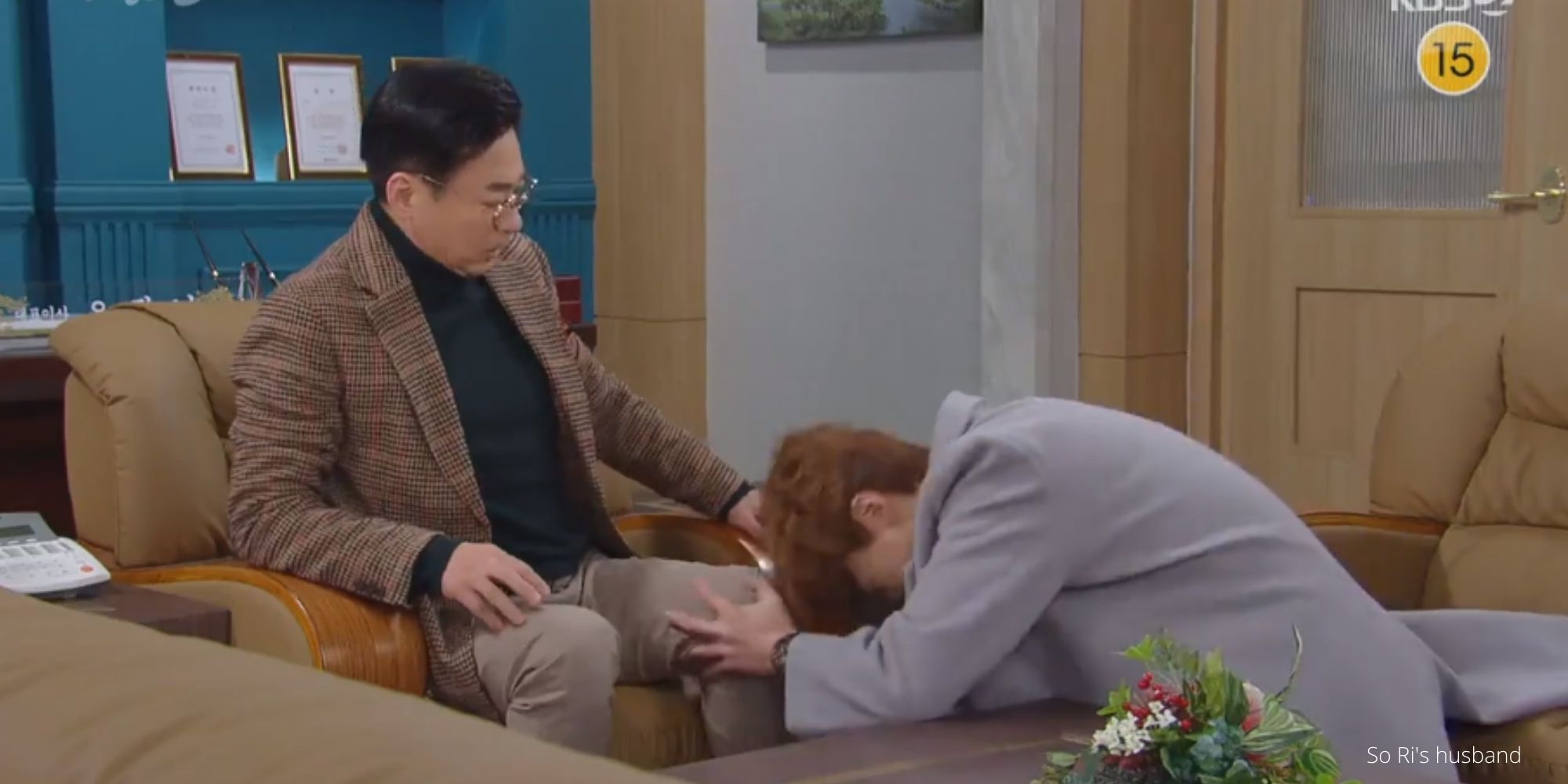 Yoon-ah Finds out So Ri Is Pregnant

Ok Hee and Gwang Nam argue with So Ri on her decision. Her father even apologizes to her but she says that she will do whatever she wishes as Gwang Nam is getting remarried to Hee Ok. Even Kyung Joon’s parents do not believe this news so they call Ok Hee to get confirmation. Later, Yoon-ah sees So Ri at the gynecologist and suspects if So Ri is also pregnant. Will Yoon-ah be able to find out the truth?

Yoon-ah finds out that So Ri is eight weeks pregnant and it is Ha Ru’s baby. She meets Kyung Joon to tell him about this but to her shock, he already knows. Also, he tells Yoon-ah that So Ri and Ha Ru are not brother and sister and someone must’ve lied about this. As they try to figure out this mess Hee Ok visits Ha Ru. She asks him about the wedding date but he is fixed on never contacting her again. Moreover, he clarifies that he will never be a part of the Oh family. 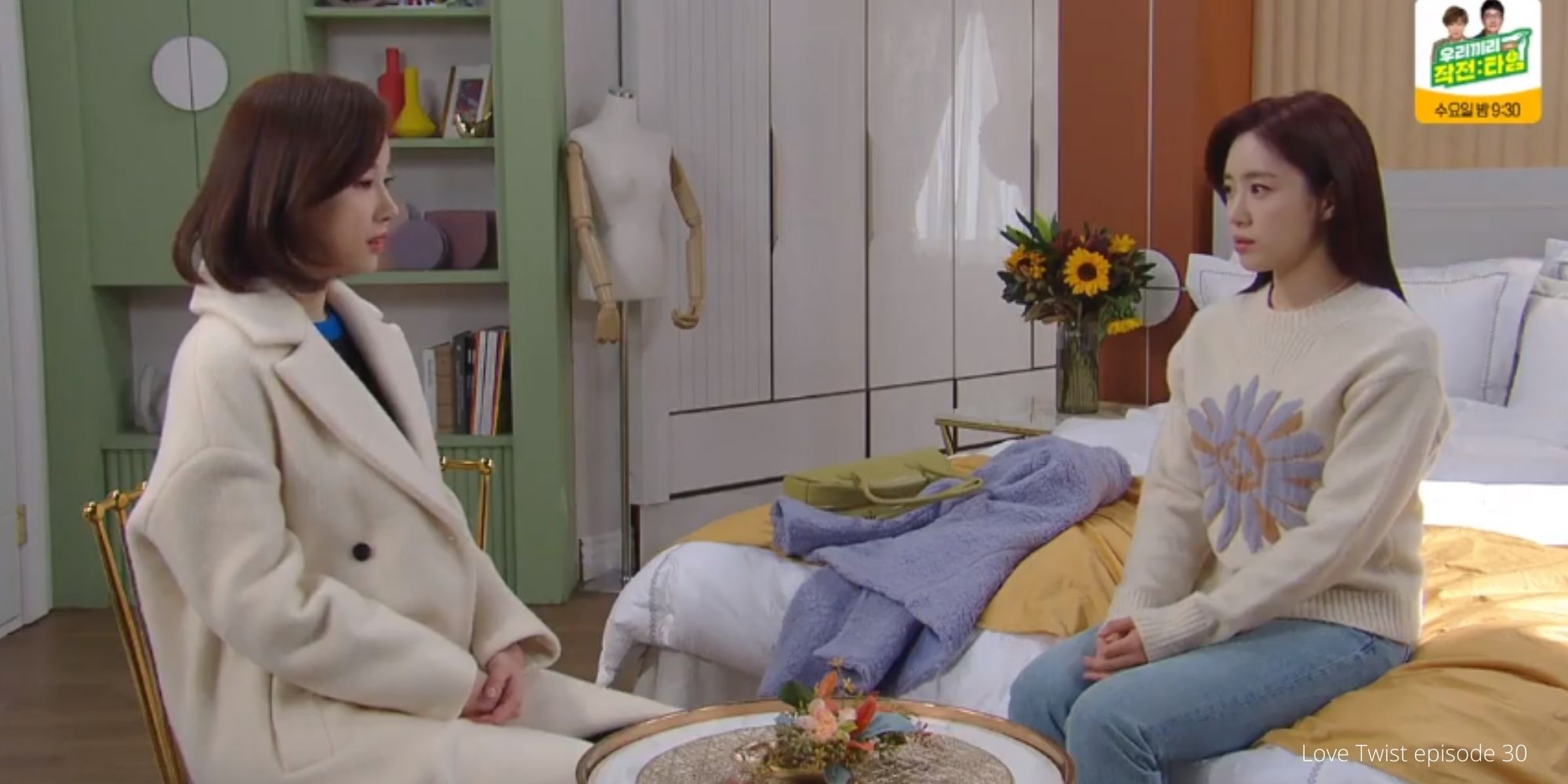 ‘Love Twist’ Episode 32 Release Date is 25th January 2022. When Yoon-ah finds out that So Ri and Ha Ru are not siblings she is torn between doing the right thing and being with the person she loves. Kyung Joon asks her to not tell So Ri about this so that he can get married to her. Do-Hee convinces So Ri to tell Ha Ru about his baby. She decides to put the sonogram pictures in a novel and give it to him. However, while packing Ha Ru puts the box of books outside. Will Ha Ru never find out about his baby?

Where To Watch ‘Love Twist’ Epsiode 32?