Everyone keeps blaming Hee Ok for having an affair with Gwang Nam. But recently it has been revealed that Park Ki Tae was obsessed with Ok Hee in the past. When Hee Ok tries to tell him to stay away from Ok Hee he rapes her. Now after 30 years he is back and claims that he is Ha Ru's father. 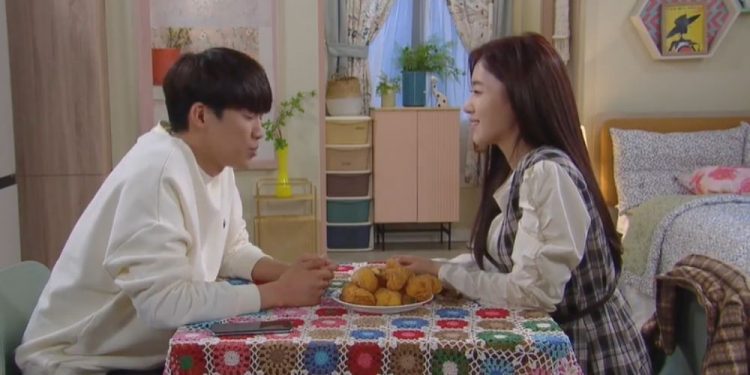 So Ri and Ha Ru's wedding

So Ri is still stressed about her family not accepting her relationship with Ha Ru. She calls her grandfather and bawls about this and dictates that she will marry Ha Ru even if they don’t approve of it. The next day, her grandparents get back home and try to convince Ok Hee to let them get married, but she does not respond to it. In ‘Love Twist’ episode 21, we will find out the reason behind Hee Ok’s miserable life.

The mysterious man Park Ki Tae enters Hee Ok’s life again after 30 years. He claims that he is Ha Ru’s father, but she refuses. Later, we find out that the man was in love with Ok Hee in the past. A day before Ok Hee’s wedding, Ki Tae has an argument about Ok Hee with Hee Ok, and in his aggression, he assaults and rapes Hee Ok. This is the reason he thinks that Ha Ru is his son.

Till now, we have seen that a mysterious man named Park Ki Tae has appeared out of nowhere. He is approaching everyone to find out about Hee Ok and Ha Ru. Also, he receives all the information about them from Dong Man when he is drunk. Later, he visits Hee Ok, but she couldn’t recognize him. He claims that he is Ha Ru’s father and keeps forcing for a DNA test. However, Hee Ok says that it is not true and, in the heat of the moment, says that Gwang Nam is Ha Ru’s father.

Chul Gu visits Ha Ru’s house but finds Yoon-ah there. She seems very gloomy, so he asks her about what is troubling her. It is about the ticket to the U.S Yoon-ah booked for Ha Ru and herself. Now that she knows Ha Ru and So Ri is closing down ‘Twist’ and moving to the U.S, she plans to buy a plane ticket for So Ri. On the other hand, So Ri thinks that Yoon-ah is still stuck on Ha Ru and thinks it will be better to tell her that they are getting married. 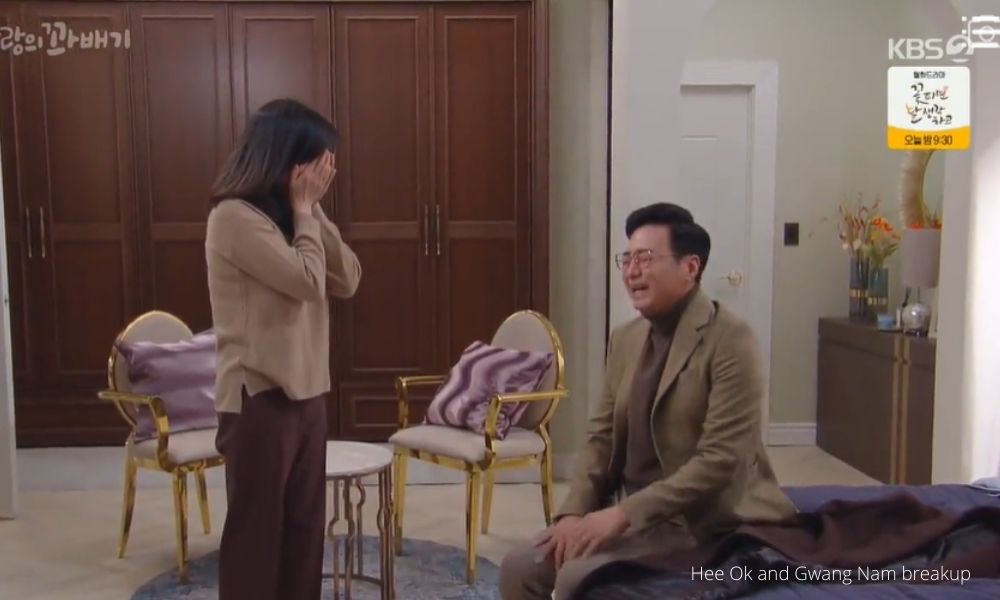 When Hee Ok reveals that Gwang Nam is Ha Ru’s father, Park Ki Tae does not accept this. This is because he knows that Gwang Nam’s daughter and Ha Ru likes each other. He is insistent on the DNA test as he is still suspicious that Ha Ru might be his son. Hee Ok is worried about what Ki Tae will do if he finds out the truth. Moreover, Ok Hee and Gwang Nam are in a depressed state. Both of them cry, thinking that they have lost the love of their life. While everyone’s life is low and sad, Kyun Joon is starting a new romance with Do Hee. He lies to her, saying that he is the son of a successful businessman.

So Ri suggests that they should take some wedding photos and then register their marriage. She is okay with a small wedding as there will be no guests attending. They are sad that they will not get their families’ blessings, but they are happy that they will get to spend their lives together. So Ri’s grandparents come back home as they are worried about their granddaughter and ask Ok Hee to let her get married to Ha Ru. However, Ok Hee does not reply and goes back to her room. The next day, she returns Hee Ok the wedding gift she gave to her and ends her existence from her life.

The ‘Love Twist’ Episode 21 will be released on 10th January 2021. Everyone is so focused on Ok Hee’s life that no one knows the suffering Hee Ok has endured. Park Ki Tae, who claims to be Ha Ru’s father, was in love with Ok Hee. One day he encounters Hee Ok on the street, and they get into an argument. The situation becomes so bad that he hits Hee Ok and even rapes her. Finally, we know the reason why Hee Ok didn’t want to keep any contact with Ok Hee. It is because every time she sees Ok Hee, she is reminded of what happened to her in the past.

Where To Watch ‘Love Twist’ Episode 21?

Also Read: Kpop Idols Born In January – Know About Them