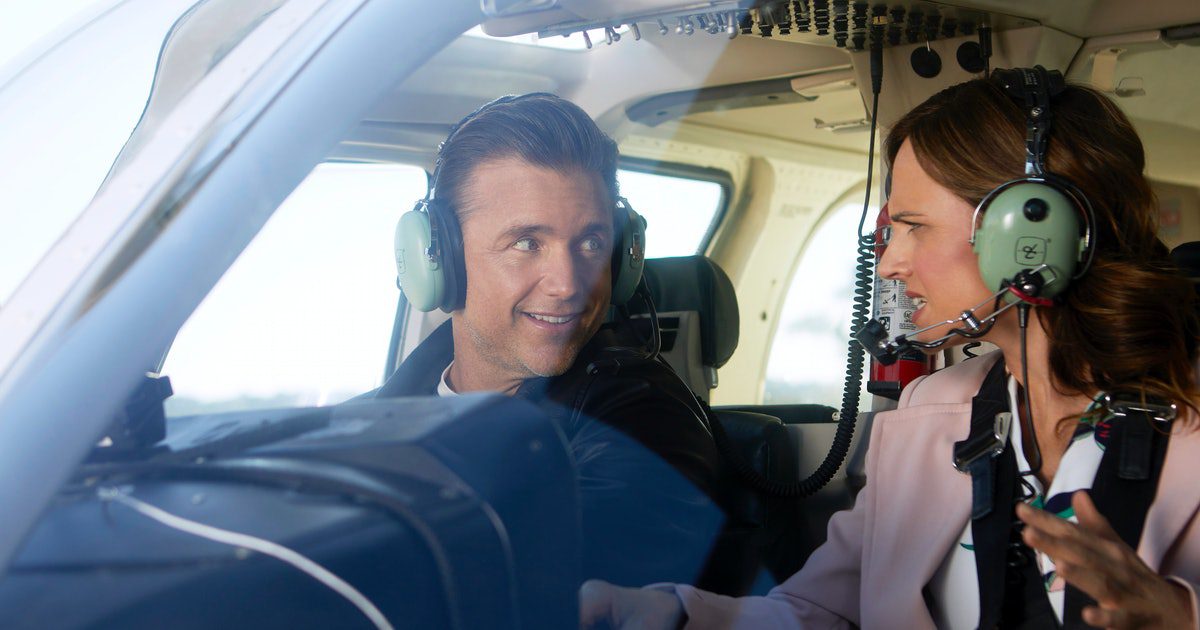 Love Takes Flight is a 2019 Hallmark original romantic movie starring Jeff Hephner and Nikki DeLoach. It’s a given that Love Takes Flight is a romantic one, which is only made better due to its filming locations. The story of the movie is backed up by Nikki, “It’s a really beautiful story. It’s got a lot of nuance to it. It’s bigger than just a romance.”

Love Takes Flight is about Lizzie Beauman, an OBGYN doctor turned COO. She is someone who binds by time and has a rigid routine. But things start to change when she meets the boy-next-door, fun, and outgoing EMS Pilot Charley. The challenge for Lizzie is to break through her regular life onto an adventure.

The movie is filmed in some beautiful places. The locations themselves are famous for their beautiful landscapes and architecture, making them the perfect romantic location. If you love the happily ever after romances, Love Take Flight is the one for you. It will not only deliver in terms of the story but also hit you right in the feels.

The filming locations of Love Take Flight are in Savannah, Georgia. The Southern city gives the movie its vintage romantic vibes. If you have seen the film before, the iconic landmarks are hard to miss! It’s the oldest city in Georgia and has been involved in many other movies or series. Some of the filming sights include Wormsloe Historic Site and Historic District.

The actress who plays the Lizzie spoke about her experience working in Savanah. Since she’s got her family there, “I really got in some family time, which was amazing. Absolutely amazing,” she said. She further gushed about what a dream it was to go back to her roots and work so close to home. And adding to that, she expressed her gratitude for such a chance.

Also Read: Survivor 42 Filming Locations: Where is the Island from the Show Located?

What Is Love Takes Flight All About?

The movie is about finding love and sticking with it. Apart from being a Chief Operative Officer, Lizzie is also a single mother. So, balancing a career as well as children bore tough on Lizzie. She forgot what is living life until she met Charley. Although, at first, she finds him unreliable for responsibility but eventually respects his way of living life.

Another person that’s pivotal in Lizzie and Charley’s love story is Walter Allen – Charley’s dad. Unknowingly Lizzie and her daughter Quinn help the old man who lost his wife. Even Charley, who is still in mourning, finds out about this connection. Quinn and Walter become really close. It’s a perfect family, but Charley and Lizzie just can’t see it!

It’s a rough road towards their happily ever after. Unlike other romantic movies, these two don’t get together despite all the obvious signs. Although both of them are in denial, everyone else can see something blooming. But finally, the Lizzie and Charley open their eyes to reality and live happily ever after! It’s a cute love story and relatable as hell!

So with such an amazing cast, the movie could never go wrong. Love Takes Flight is still one of the most loved Hallmark original movies. Even the cast find this story close to their hearts. And it’s inspired by a real-life story which makes it even special!

How To Watch Love Takes Flight?

Since it’s a Hallmark original, the movie is available on their streaming website. But it’s only available in certain countries. The other viewers can purchase or rent the movie from iTunes, Amazon Instant Video, Google Play, or Vudu.