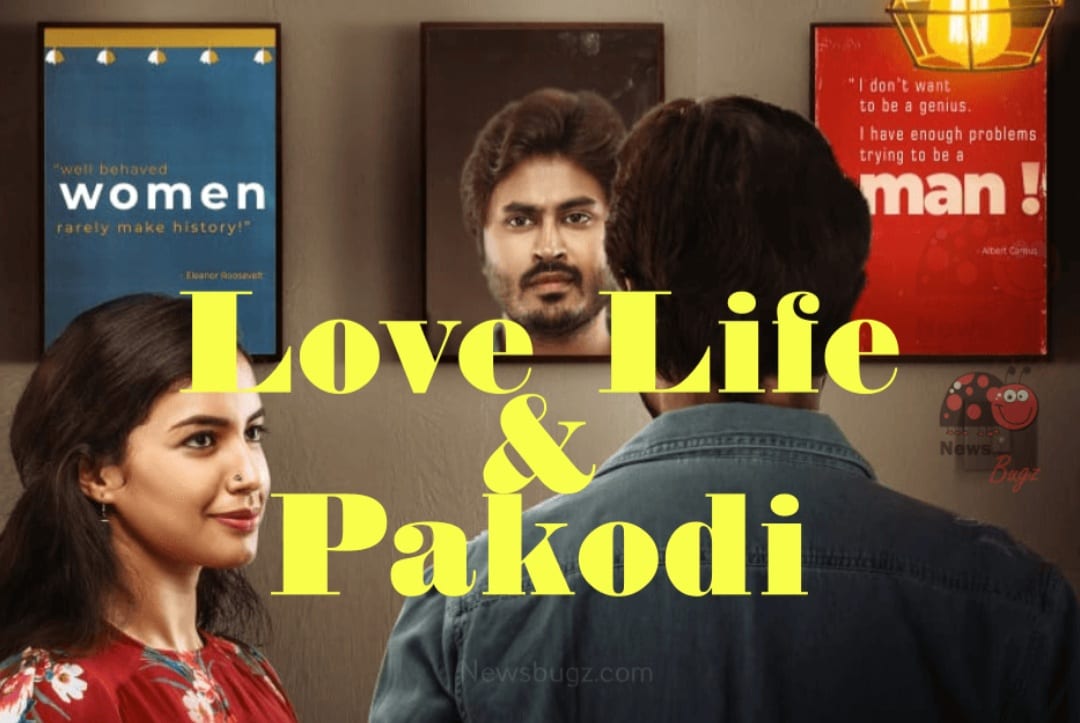 Love, Life & Pakodi is set in Bangalore, India, and revolves around Arun (Bimal Kartheek) and Rheya (Sanchita Poonacha). It follows the story of the blooming relationship between them and then the hurdles in it. Arun meets Rheya after she has broken up with her boyfriend. The two strike a friendship that grows stronger and it’s not long before it turns into an affair. However, the blooming friendship soon gives rise to the film’s conflict. Arun starts to fall for Rheya and now wishes for more than just a relationship. He wants to take the next step and proposes to Rheya. But Rheya is not down for a long-term commitment yet. She rejects the offer although she loves him, but doesn’t want to marry yet. Tej rest of the story is about the couple trying to come to some common ground about their next chapter in life.

Love Life and Pakodi is directed by Jayanth Gali. He has also written the screenplay for the film. The director(s) of photography are Sagar YVV and Jithin Mohan. Pavan has composed the music and Shravan Katikaneni is credited with the editing of the film. Dhundu Renjeev is the art director. Venkat Siddareddy acts as the executive producer. Jayanth Gali has also produced the movie, along with writing and directing it. Jamie Dsilva is at the helm of sound design. The film stars Bimal Kartheek, Rebba, Sanchita Poonacha, Krishna Hebbale, Kalajyothi, Anuradha Mallikarjun, and Akarsh Raj Bagavatula. The film is presented by Madhura Sreedhar Reddy under the production company Madhura Audio. It hit theatres on March 12, 2021, in select multiplexes. 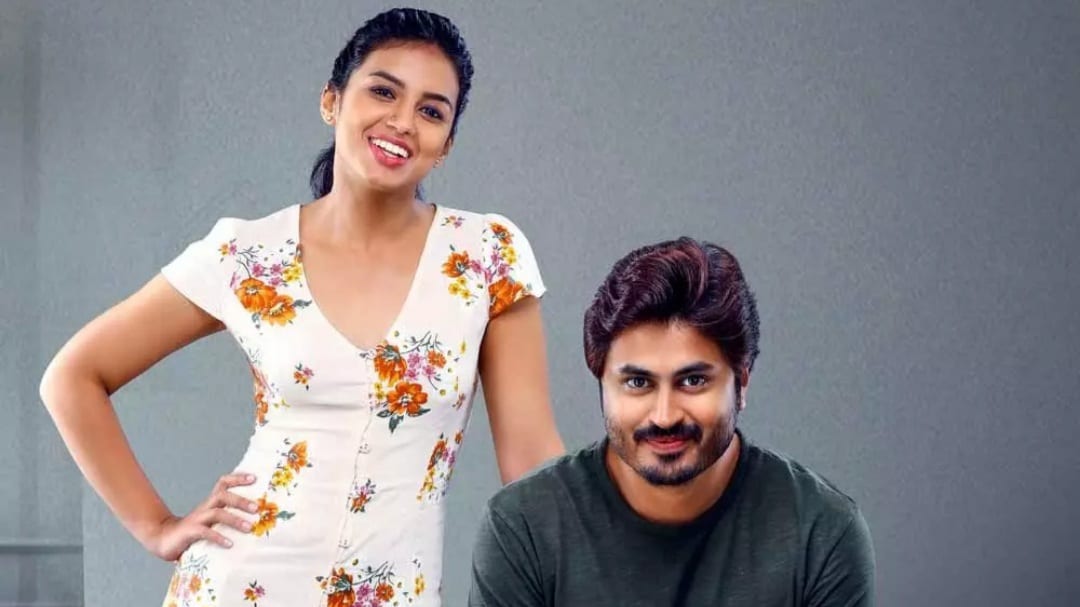 Love, Life & Pakodi — A Refreshing Story About A Modern Relationship

The film takes a modern look at the relationship. It’s a story about two people in a modern relationship and do away with the conventions. There’s no baggage or obligation. Nor is there any judgment. Rheya and Arun fall in love but there are no strings attached. They are pretty modern and liberal when it comes to the space they share. It’s about being in the living proximity but not having all the other traditional caveats. There’s supposed to be no prospect of marriage or children. Both of them share a comfortable shared existence with no ado about the future. Rheya actually starts the relationship by confirming that there’s not going to be any hitch that comes with a conventional relationship. They are also very non-judgemental towards each other.

The first encounter between Rheya and Arun is when Arun spots her making out with her boyfriend on the stairs. At the library, she asks Arun if she’s ever seen him before realizing that it was during the making out. Soon, they both find out that they have common friends. One day, Rheya turns up at Arun’s house at the least expected moment. She is going through an abortion and needs a place to rest and crash. She stays with his mom. And Arun doesn’t ask or judge her about the abortion. It’s a non-judgemental attitude that they both share that makes this different. He doesn’t ask her about the abortion and the things never come up again in the film. And Rheya doesn’t talk about it either, nor does she feel the need to justify herself.

Rheya and Arun’s Relationship and the Conflicts

Even when the two have a conflict between themselves, the issue of abortion never pops up. Because the film is not going for that. It depicts what a mature relationship with partners treating themselves with no judgments looks like. The film is a mostly dialogue-driven affair. There’s not much that happens for quite some time. We go through the couple’s journey as they develop their relationship and grow their bond. As they start living together, Rheya transforms his house. She brings order to the chaos and the jumbled candor. She makes his house and his life beautiful. They start living together and continue on their easy-going and judgment-free relationship. There’s no question or talk about living in. And marriage is certainly not on their minds. Their relationship is far from any traditional label and very liberating.

But for Arun, the wish for something more soon intensifies. Now he wants to make it more serious. He wants to commit to a long-term relationship. What he would criticize and refuse before, he wants to entertain now. Before, he would dismiss the idea of a marriage or something serious when his friend brought it up. He says how he has such a good thing going on with Rheya. They live in a liberating and stress-free relationship without having to concern themselves with commitments. Now that time has passed and he has lived with Rheya for years, his stance has changed. Now he wants to make it official and marry her. He has truly fallen in love with her. He says to his friend how she has changed his life and how it has become so much better. 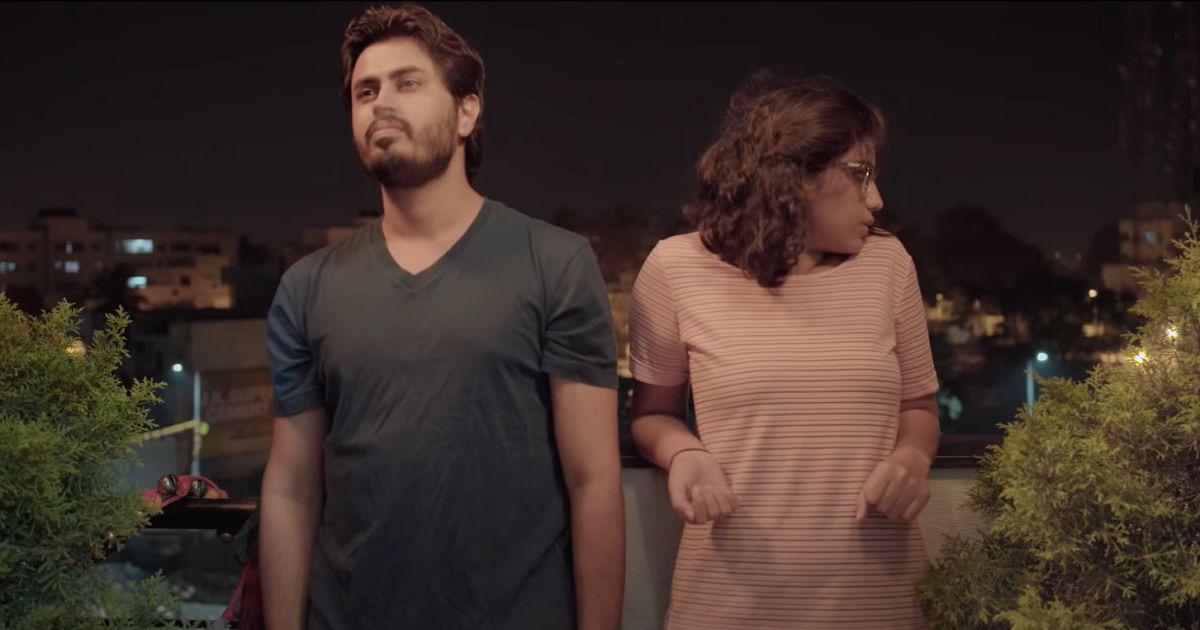 But the idea doesn’t land with Rheya. She doesn’t want to go to the next step. She is happy with things as they are, just like Arun was so far. They both started with the “no commitments, no bulls**t” mantra, but Arun wants to tie the knot. Rheya has many conversations with her friends and even her mother. She loves Arun but doesn’t want to live with him in a longer-term and serious commitment. Pondering about the question, she doubts if she even loves him. She’s confused because the idea of marriage and living together with no commitments are two different things. When Arun proposes to her for marriage, she rejects the proposal.

The film presents some questions that arise from a relationship like that. Do the children from an open or broken marriage grow up to be scared of marriage? Would the children be non-judgemental about the changes in their parents’ lives? They ponder over the latter question. Rheya tells Arun that he wants to go around living his life with no strings attached but he wouldn’t want that life for his father. Similarly, would their children be, if they marry, as non-judgemental as their parents about the changes and their lifestyle? This is when their parents also come into the picture. They give Rheya and Arun ample space and time to decide what’s best for themselves.

The premise of the film is interesting and refreshing. Instead of the tired and outdated trope-y stories about love and relationships, this one’s a refresher. It chooses a young couple living in a metropolitan city and their modern relationship. It tackles the openness of a modern relationship and how the couple contends with questions about long commitments. The main leads deliver promising performances. Bimal Kartheek gives a subdued and stelled performance as Arun. While Sanchita is great as the bold and modern girl who tussles with the idea of commitment. She’s arguably the strongest part of the film. Her dialogue delivery is on point and she’s good at portraying a different range of emotions. Both of the lead actors have done a commendable job with their acting performances and certainly do service to the material.

The writing is nothing too special. The dialogues aren’t very congruent to the modern relationship the film depicts. Many of the dialogues are in English. And it’s certainly accurate in terms of how the young people speak with each other today. This is especially true of the youth living in metropolitans. Most of the scenes are people conversing with each other. That can get tiring easily, and it does. Despite its short runtime, the conversation scenes can drag for long bits. The camerawork isn’t creative enough to compensate for the mundanity. It’s mostly shot-reverse-shot for most of the scenes.

Love, Life & Pakodi is a film about a relationship between two people which is refreshingly different from others. The conversations take up most of the time and that can make the film slow at times. The leads deliver a good performance in a story that’s refreshing and a rare thing for Indian romance features. Our rating for Love, Life & Pakodi is 3 out of 5.