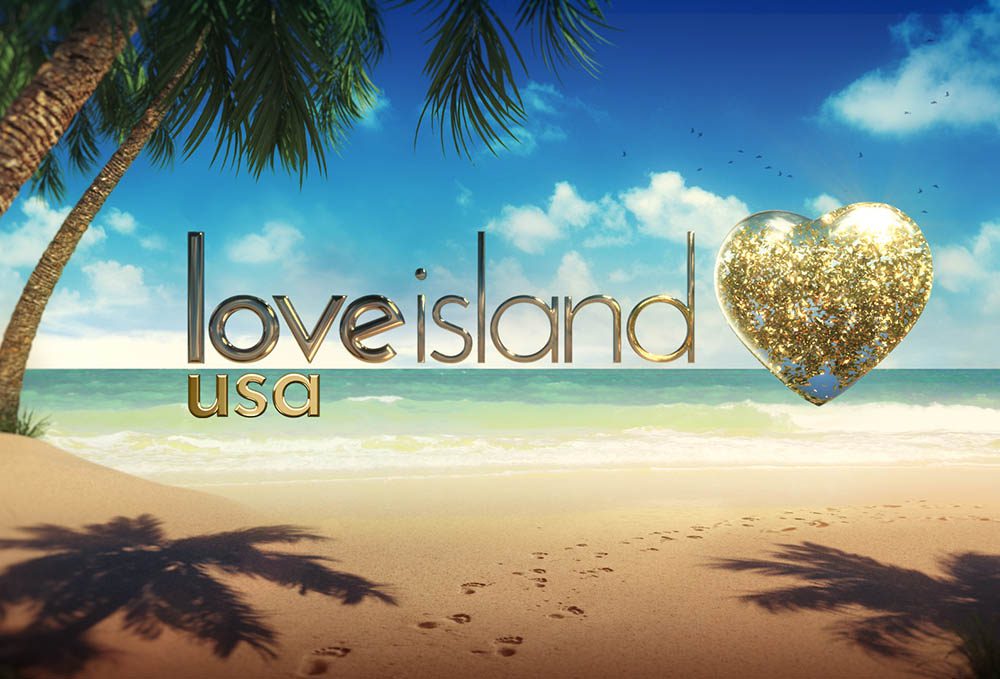 From Love Island USA, which couples are still together? Many fans are wondering about the same. The famous American dating show Love Island has been the center of attention since the series first season. From both seasons, we have winner couples and runner-up couples. Season 1 was won by Zac Mirabelli and Elizabeth Weber, and the runner-up couple were Dylan Curry and Alexandra Stewart. From season 2, we have the winner couple Justine Ndiba and Celeb Corprew, and as runner up Cely Vazquez and Johnny Middlebrooks. That was all for the show. But are they still together off-camera?

The dating show Love Island USA has three seasons in which two seasons are finished, and the third season is currently airing on the CBS network. The series’ unique concept has attracted viewers all around the world. The show reveals different sides of dating we may not get to see often. Whether it is a fling or real love, everything tests on the Love Island USA show. The relationship blossom on the island would last in the harsh reality of life? The loving chemistry fans see on-screen also want to see off-screen. Even without love, many Islanders find the true meaning of love, compassion, and friendship on the show. But the question remains the same, from Love Island USA, which couples are still together?

The winner of season one did not have a good time after leaving the show. The pair showed excellent chemistry on the camera but had difficulty matching off the camera. From the sources, it revealed that the couple was together for four months after the show ended. However, they decided to end their relationship as both wanted different things in life. From their interviews and social media posts, it seems the duo is on good terms, but nothing in particular hints at the romance. The two had a good time together. Due to busy schedules and different expectations, they decided to be friends. Both ex-Islanders are singles. 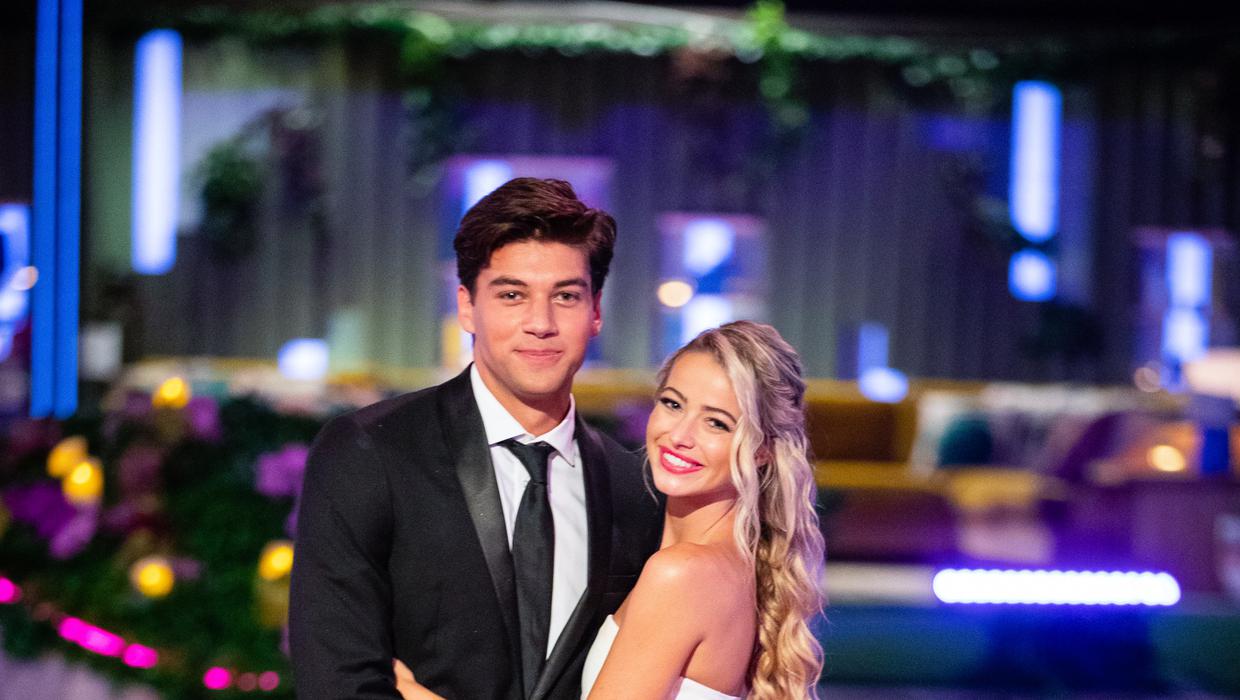 The winner of season one Love Island US Zac and Elizabeth

The runner-up couple is no different from the winner. Their relationship was thrown out of the imaginary world into reality. Alex shared that when her jaw was broken, Dylan had taken care of her. That was a sweet thing, but just things did not work out for them. They realized that and concluded to be friends and parted away in November of the same year. It appears Dylan is traveling around the beaches, and Alex is also moving on with her life.

Once a thing gets mess, it gets messier. That was the case for Kyra and Cashel. Their relationship at the show was not good, but at home, it got worsened. Kyra said in an interview that the relationship was beyond repair. They both cheated on each other. They separated in December 2019. It seems both unfollow each other on social media. In 2020, Cashel appeared to be in a relationship, but not sure if they are still together. Kyra, on the other hand, is focusing on her career and enjoying her life.

This couple lasted longer than any other couple after the show ended. In June 2020, they ended their long-distance relationship and got closer. But things flipped, and everything changes. Due to different lifestyles and different expectations, both ended their relationship. It seems Ray wanted a commitment, and Caro was alright with that was not ready to change his lifestyle. Both appear to be singles now and busy in their modeling career.

These two seemed the least promising pair during the show, and that is also proven to be right after the show ended. The couple dated for a brief time before going on separate ways. The two did not announce their separation to the public. Fans got to know about their split when Emily posted on social media about “falling in love with myself”. At present, both seem singles.

The series season 2 winner Justine and Celeb were on good terms and together when they left the villa in October 2020. However, it seems the thing did not turn out for them as they announced their split in January 2020. It seems they were meant to announce it in December, but it got delayed, and they made the announcement in January. Both parted away on good terms and wrote well wishes for each other on their break-up post on Instagram. 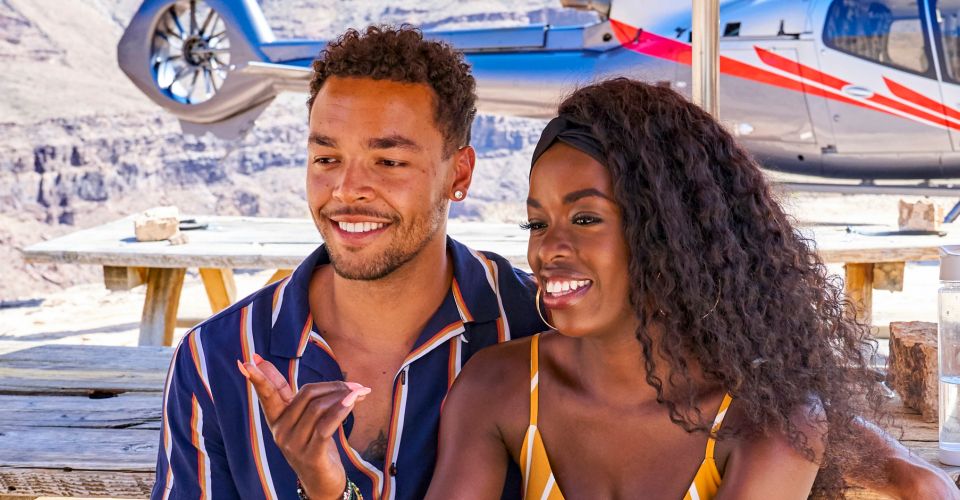 the winner of season 2 Love Island USA Justine and Celeb

It seems December 2020 was the month of break up. The runner-up couple of season 2 also ended in December 2020 but announced it in January 2021. The couple went on a Hawaii trip, but the circumstance did not work for them, and Cely came back alone while Johnny stayed there. Whereas Johnny accused Cely of misleading fans about their relationship, Cely focused on moving forwards and wanted everyone to move on.

At the show, the two found a way after split during Casa Amor. However, it did not work outside. After leaving the villa, the pair broke up in October 2020. In the Instagram post, Moira said that after-show their relationship seemed more like a “situationship”. They may not have spent much time together in the villa, hence they were not able to find a connection outside the show. In various interviews, She said that she is single now. But is ready to be in a relationship again, even if it means breaking her heart for the real thing.

In season 2, Carrington paired with Kaitlyn and Kierstan before Laurel. After the show, both dated for a while before splitting in December 2020. Like other couples, things did not turn out for them. Carrington shared that they were merely talking and were not boyfriends and girlfriends. Even after giving their best shots, the couple ended their relationship. Currently, Laurel is dating an entrepreneur named Bryce and Carrington is Livy, a cheerleader from the University of Southern California.