Love Island UK Season 7 Cast: Where Are They Now? 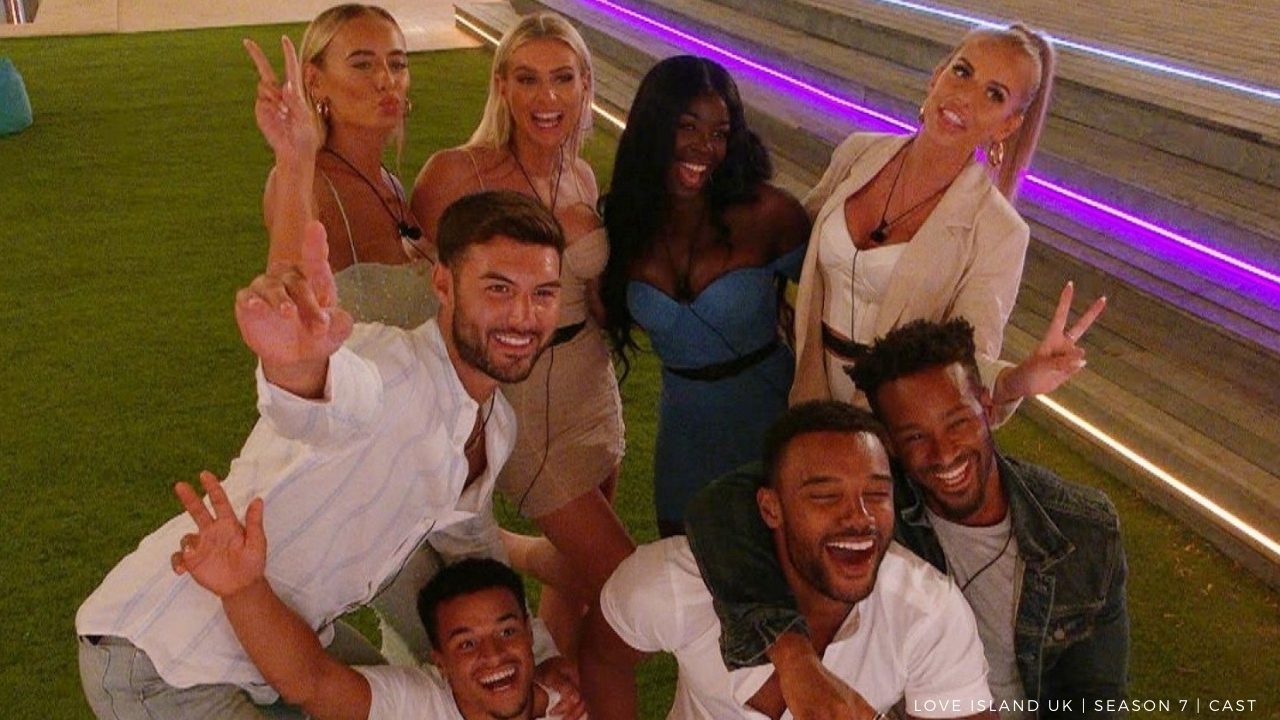 The seventh season of ITV’s Love Island has finally come to an end. Running since the beginning of June and having the fans glued to their screens. The show welcoming 38 contestants from all over the UK ended last week with a winning couple. Season seven of Love Island premiered a few months after the premiere of the previous season in January 2021. Fans have been wondering about the cast of Love Island UK Season 7 and curious about what and where are they now?  The couple who gathers up the support and love from the fans along with facing the challenges thrown at them, wins the show and takes home some prize money.

After the demise of the presenter Caroline Flack, Laura Whitmore took over the job. The broadcaster, who has also participated in the 2016 season of Strictly Come Dancing, went on to present the seventh season. The show had singles coming and going out until everyone was paired up and ready to reach the finale. The show welcomed twenty-two people at the beginning of the show. As some of them got dumped, new ones entered. Here are the people who’ve made it to the cast list of season seven of Love Island UK.

Aaron Francis is a London-based operator and influencer. Abigail Rawlings, who works as a professional gymnast and tattoo artist. Andrea Jean Bunker, a hair extension technician. Brad McClelland, from Northumberland, who likes to cook. Chloe Burrows, who works as a financial marketing executive. Chuggs Wallis, an entrepreneur from Surrey. Sharon Singh, who is a commercial model, and a DJ.

The Cast Of Love Island UK Season 7: Where Are They Now?

The show brings in singles to live together in close as they are being cut off from the rest of the world. Out of all the ‘love birds’, only six couples made it to the finals. Taking the first look at the couples’ from the finale and how are they doing now.

Liam Reardon and Millie Court, who came to the show a few days after the other and became partners right away. The couple ended up winning the show. To end the curiousness about them, the couple is very much still together after the show. Still in love, they are planning new things. They are moving together soon. After leaving the house and having to spend time in the quarantine for five days, both Liam and Millie revealed how much they missed each other. Liam, who is from Merthyr Tydfil, will be moving to Essex to live with Millie. Before he was planning to share the place with other guys from the show. The couple also made history as they were the first-ever couple to win the show, who both entered the villa after the first episode.

Also Read: John Ritter Net Worth: how Rich is Star of The Newest ABC Documentary?

Entering the show, both Faye Winter and Teddy Soars struggled with their partners before coming to each other. Reaching the finals, they ended up in third place. As the show has ended, the couple is still together and feels that their relationship will last a long time. As they completed their mandatory quarantine, Teddy reached Faye’s place and video called her. Minutes later she realized that he was standing outside the house at 1am. The couple has also decided to move in soon.

Liberty Poole and Jake Cornish were one of the couples who had a decent fanbase from the show. But it didn’t really work out between them. Just before reaching the finale of the show, the couple decided to break up. At the beginning of the show, Jake asked Liberty to be his girlfriend and they became the villa’s first official couple. The reason for their break was that Jake wasn’t really attracted to Liberty. As a video of Jake in a club saying he was not attracted to her enough to “rip her clothes off”. Liberty broke down crying. They were given a date on a luxury boat so they could discuss their relationship. They left the show as “friends”. While Jake revealed that he isn’t looking for a relationship, Liberty was spotted on a night out along with her girlfriends.

Also Read: one The Woman Kdrama 2021: THE BOYZ’s Younghoon And EXID’s Jeonghwa Join The Cast

Chloe Burrows and Toby Aromolaran had a lot of ups and downs throughout their relationship. But they made it to the finals and ended up in second place. Being one of the most disliked couples of the show, by the end, they became one of the fans’ favorite couples in the show. A week after the show, the couple has completed their mandatory isolation time and is still together. Recently, the couple even went on their first date outside the island. Sharing the pictures on their Instagram accounts, the couple revealed that they went to Nandos for their first date.

Tyler Cruickshank and Kaz Kamwi reached the finals as a couple and ended the show in fourth place. Updating on how they’ve been doing after the show ended, the couple is still together. Completing their mandatory quarantine time, they’ve already reunited. At first, the couple was being private and keeping things to themselves. But Kaz revealed that fans have bing DMing her about the update on their relationship and posting stuff. So Tyler went on to share a video of them as he zoomed in on Kaz’s face and both giggled. While Kaz reposted the video with a touch of heart-eyes and love-heart emojis. The couple recently attended the reunion party of the cast members.

Also Read: are Paola and Russ Still Together in 2021? About The Reality TV Couple

It seemed that Mary Bedford and Aaron Francis had an instant connection on the show. But as soon as they left the show, the couple soon broke up. Even though the couple left the show early, the fans were already very invested in their relationship. As soon as Aaron entered the villa, he paired up with Mary as she had nobody to couple up with. In an interview, she revealed that Aaron is more like her best friend. Trying to see where their romantic attachment will lead them, she revealed that they are taking time to decide. Currently, both of them are single and focus on themselves and their careers.

The Cast Of Love Island UK Season 7: The “Dump” Timeline

The show ran for 58 days with the finale airing on August 23, 2021. Here are the singles who got dumped through the show and could make it to the finals. The first one to fo out was Shanon as she left the villa on her second day, getting dumped by Aaron. Not finding anyone to pair with, Chuggs left the villa on his sixth day, followed by Rachel on day 16. Three days later, Lucinda dumped Brad and later Danny. Pairing up with Aaron, Lucinda got dumped by him on her twenty eighth day. Many singles who entered the villa late, like Dale, Amy, Aaron S, Abigale, Amy got only a single partner after being alone for days, while Jack, Harry, Salma, Medhy left the show without being able to couple up. Jake and Liberty, are the last couple before the finale, leave the villa as they walked out.