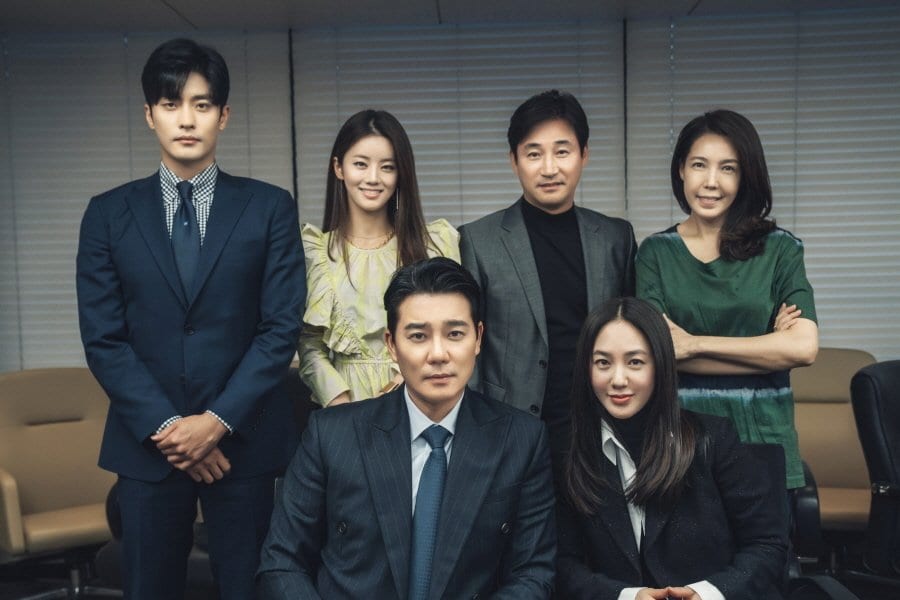 The Korean drama, Love (ft. Marriage and Divorce) season 2, has dropped a new poster. The drama always made our breaths hitched with its twisted storyline. However, the new poster is definitely something out of the blue. It clearly indicates how fiesty the next installment is going to be. The new teaser poster of the show features the three couples as well as the mistresses. But, with a twist. And honestly, we are nothing but excited to see how the characters will evolve. Also, what turn will their relationships will take now. The show is all set to premiere its second season. So, let’s get all the updates on the upcoming installment.

Love (ft. Marriage and Divorce) is a South Korean Drama series. The show is written by Im Sung Han, and she will also pen down the second season. Im Sung Han is known as a makjang (dramas with major plot twists) writer, and we expect a major twist this new season. She has previously written shows such as New Tales of Gisaeng, Dear Heaven, and more. Yoo Jung Joon helms the show and will continue his duty in the sequel as well.

The show tells the story of three women in their 30s, 40s, and 50s and how their marriages fall apart after they discover their husband having an extramarital affair. The events follow after the lives of three get stirred up. Season 1 did not give closure to the fans and left them hanging. But, the show is returning soon with more drama.

The show’s new poster is pretty twisted and gives a glimpse into the future of the story. The first season of the show was divided into two parts. The first one depicted how the three marriages break, while the second part revealed the backstory behind the beginning of the affairs. But, in the season 2 poster, we can see the husbands completely abandoning their old love for their new ones.

Lee Ga Ryung, who stars as Boo Hye Ryung, is in her 30s. In the poster, she stares with a frown at her husband Pan Sa Hyun (Sung Hoon), as he avoids her gaze while enjoying a glass of wine with his mistress, Song Won (Lee Min Young). On the other hand, we see Lee Si Eun, the woman in her 50s who is standing alone while her husband Park Hae Ryoon (Jeon No Min)is happily spending time with Nam Ga Bin (Im Hye Young). Lastly, we find Sa Pi Myung, the woman in her 40s, who does not want to see her husband Shin Yoo Shin (Lee Tae Gon). Meanwhile, he is busy in a romantic session with Ah Mi (Song Ji In).

Despise and is visible on the faces of the three women. But, it will be thrilling to see how these three career women will overcome the pain and revenge their husbands. The fans of the show are waiting for a tense and powerful closure.

Check out the poster down below: 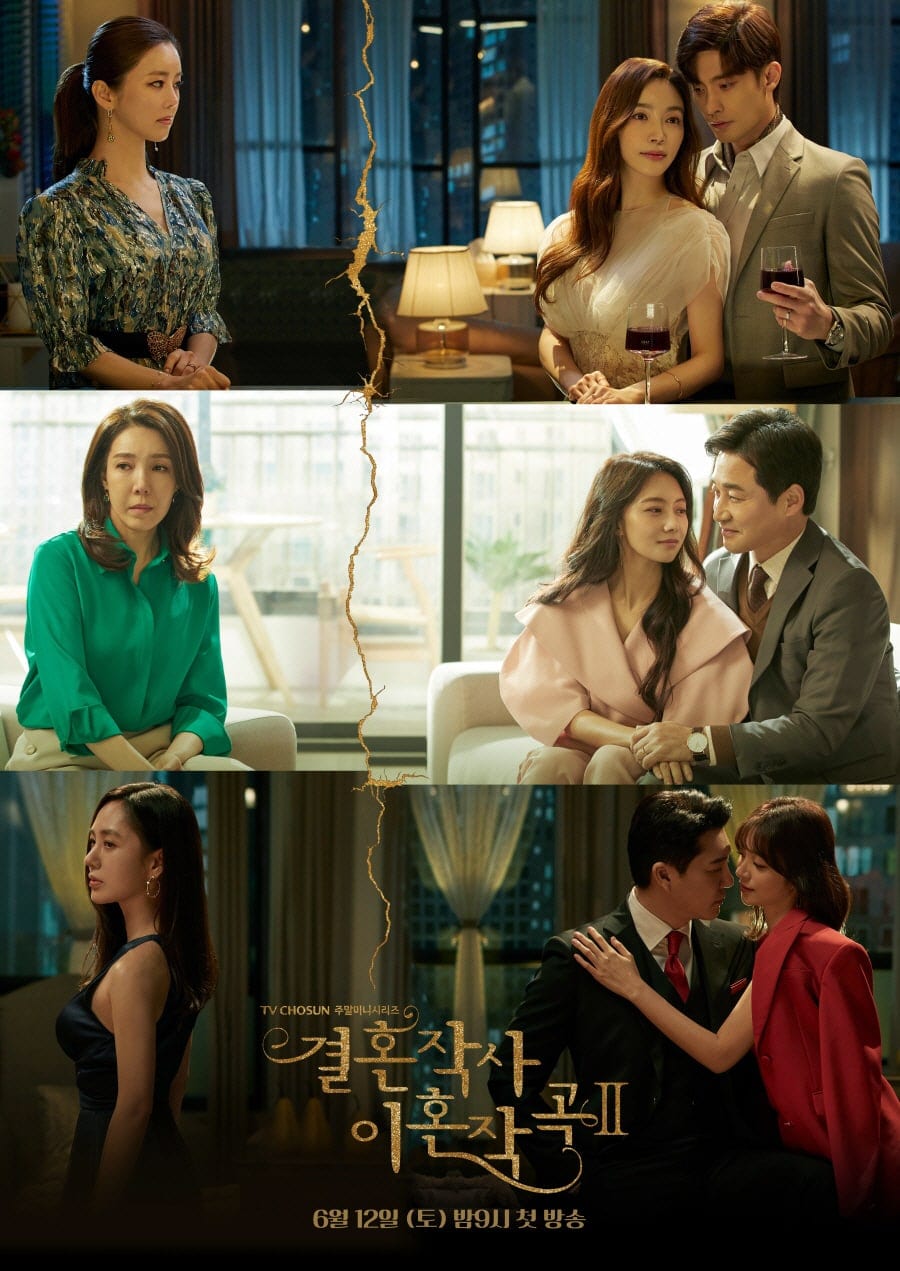 The second installment of Love(ft. Marriage and Divorce) will premiere on June 12 at 9 p.m. KST. The show telecasts its new episodes on the network Tv Chosun. However, it is also available on Netflix. So, we believe that the new batch episodes will be available on the streamer as well. So, make sure to mark down the dates on your calendars. 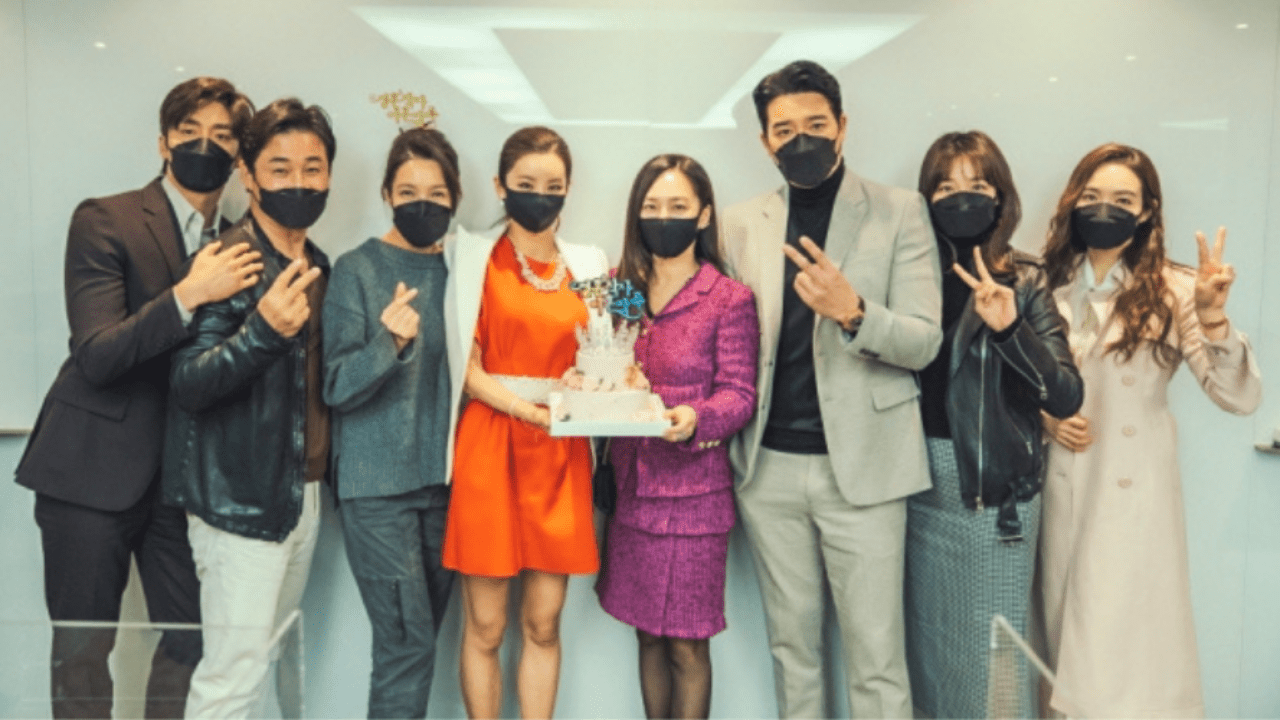 The cast recently gathered for the script reading of season 2. All the major characters were present as they were seen wearing masks to follow the COVID protocols. The actors were seen celebrating the commencement of new seasons as they wished each other good luck. The new season will have sixteen episodes, and a new teaser is also released by the production. You can watch it here.

The production team of the show commented that the new poster depicts the madness that the audience will get into in season 2. All the drama between the couples and the mistresses will get more intense in season 2.

Until the second season releases, catch up on the older episodes here on Netflix.