Love, Death and Robots season 3 is on the way! The good news came before season 2 even dropped. Back in April, Netflix announced a third season, along with the trailer for season 2. The fans eagerly waiting for more LDR content delighted when the good news arrived, and why not? Love, Death, and Robots is some of the best adult animation content today. The show features a collection of short films with industry-leading animation and CGI. The short films all last under a 17-minute duration. Produced by Tim Miller and David Fincher, the show explores deep themes with an exclusively edgy approach. There’s blood, guts, bones, skin, and death. The anthology series contains different animation shorts created by several different animation studios. And there’s already a third season in Netflix’s canon, ready to delight fans again. Read on to find out its release date and plot.

While season 1 went ballistic with the graphic imagery and edgy stuff, season 2 was more subdued about it. Another difference between the two seasons is that season 2 is much more consumable content. The gratuitous violence and nudity are significantly less here than in the first season. However, season 2 had only 8 episodes in total, whereas season 1 had a total of 18 episodes. But the shortened amount of episodes is nothing to worry about. A very obvious reason for the fewer amount of episodes in season 2 could be the pandemic. But another reason could be the intentional choice to release only 8 episodes for the time being. More episodes might have already been shot since the next season is arriving just next year. An eight-episode season follows a more conventional span for a streaming platform, so we can expect a similar episode count for season 3. 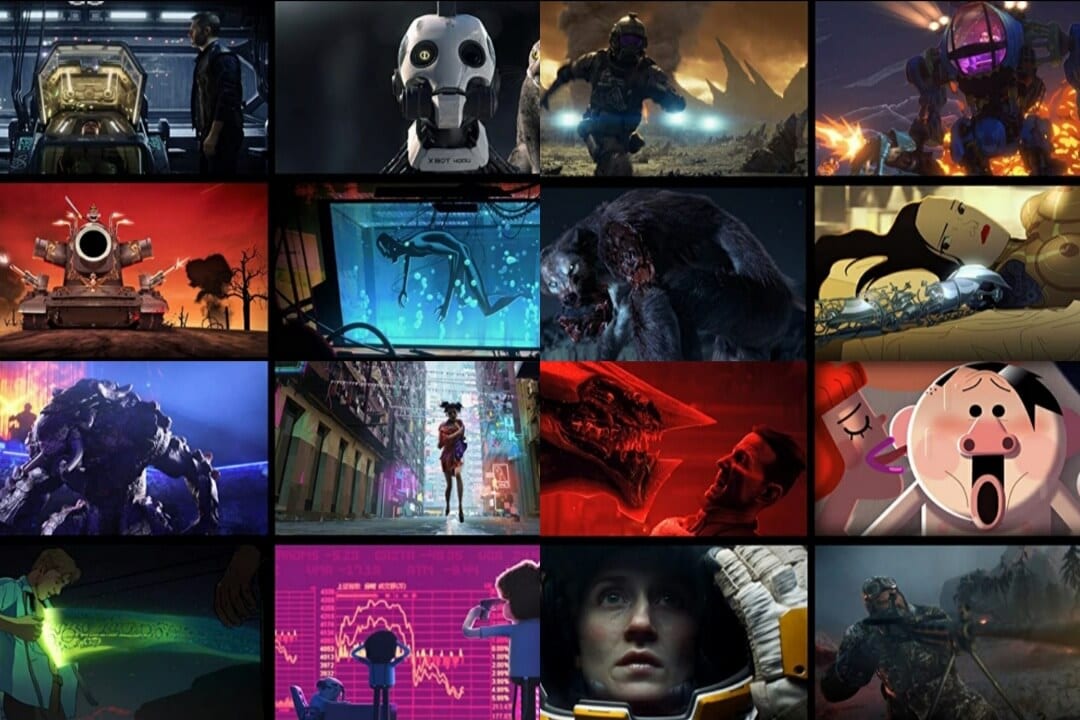 How Has the Reception to Season 2 Been?

Season 2 of Love, Death, and Robots has a disappointingly fewer amount of episodes. But it does deliver on the expectations fans had after season 1. One really good thing about this season was the decision to not go overboard with the gratuitous imagery. Violence and sex, for the sake of it, quickly lose their novelty. Thankfully, season 2 does away with that. Season 2 also manages to outdo its predecessor in terms of awe-inspiring realistic animation. The stuff here is so uncanny it would make you scratch your brain a couple of times. Some of the episodes also have some of the best world-building in all of the series so far. Although fans expressed disappointment in the number of episodes, the reception of each episode has been great.

The second season has also left fans craving for more cosmic tales contending with titular themes. So when we expect the next season, and why have there been so few episodes in season 2? Will the next seasons also feature a similar amount of episodes?

There was a 26-month gap between the first two seasons. One reason for that is the very obvious covid pandemic which slowed down animation studios as well. Dropping 8 episodes in season 2 may as well be to distribute the number of episodes over two seasons. This will reduce the time and wait for season 3. The consistent season releases might also help increase the exposure. With season 3 already announced, if season 2 ratings are good enough, we may even get a season 4. Well, our fingers are crossed. But if the reason for a lower amount of episodes is so they can split it up for two, we might get to enjoy much more diverse genres as we got in season 1.

According to reports, Love, Death and Robots season 3 will release sometime in 2022. There are no official updates for Love, Death and Robots season 3 release date yet. However, if the show follows up with the trend, we can expect it to release early next year. In fact, we may get the next season somewhere during the first few months. At this point, however, it’s all just speculation until an official update. Anyway, it’s all good news for the fans as they can’t wait to get some more of that edgy animated existential chuckle. We might as well receive, from here onwards, a similar amount of episodes as season 2.

Watch the trailer for season 2 here;