The dating psychological game ‘Love Catcher in Seoul Episode 8’ is going to be on the screens real soon. The dating reality show, 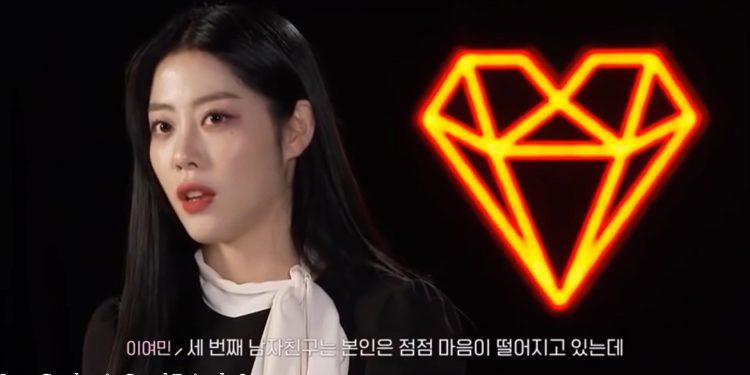 The dating psychological game ‘Love Catcher in Seoul’ Episode 8 is going to be on the screens real soon. The dating reality show has reached its final episode, and now the fans out there are really eager to know the happenings. The excitement is pretty visible everywhere on the internet, and therefore, it is quite safe to say that the show is going to take many turns. With all the unexpected twists in the previous episodes of the show, the audiences out there are both thrilled and nervous about the results of the finale.

All the participants of the show have reached an appreciative level of engagement. They have managed to capture everyone’s hearts and eyes. Moreover, the support they all are getting from their fans on the internet is really encouraging. Viewers out there are rooting strongly for their favorite pairs and are hoping to see them stick together in the finale of the show. Of course, winning is the goal but winning each other’s heart too is the ultimate need. Here we have summarized all the details about the upcoming eighth episode of the show. Therefore, let’s have a peek inside.

‘Love Catcher in Seoul Episode 8’ will air on December 31, 2021, at 12:30 PM. The dating psychological game has built up an impressive concept and now has reached its finale.

All the events that have happened in the previous episodes of the show have managed to get everyone hooked completely. Therefore, the high expectations from the upcoming final episode of the show are no surprise.

The whole internet is flooded with theories about the show’s finale and all the possibilities that can happen with the pairs inside. It is quite fun to see everyone rooting for their favorite couple of the show. Many ups and downs have already taken place in the reality show, and we are expecting something big to happen in the upcoming episode too.

The lines of assumptions are endless, and therefore the level of excitement too is heightened up. With its growing popularity in the Asian arena, we are expecting to see a surge of viewers for the finale call of the reality show.

Also Read: Who is Soo-ho in Snowdrop K-Drama? Is He Really A North Korean Spy?

Where to Watch ‘Love Catcher in Seoul’?

The streaming platforms for the ‘Love Catcher in Seoul’ is limited. Therefore, it takes a bit of effort to watch the show without any kind of interruptions in between. The domestic audience of the show has a lucky card as they can easily stream the show on the online platform called “TVING.” Though, for all the international audiences out there, you will need to turn the internet upside down to find a reliable source.

With the final episode at the door, the dating reality show has developed many strong points that have hooked everyone up. The growing tension between Haneul and Soo Won, Jimin in the line, and other pairs coming up the surface has created a very thick as well as exciting atmosphere for every viewer out there.

Many things have happened in the previous episodes of the show, and viewers out there are expecting many revelations to come up in the final episode too. Some out there are still rooting strongly for Haneul and Soo Won, while some have moved on from the misunderstood pair. The heart-wrenching love story of Hanuel has been a great deal of emotion for every viewer out there. And the support she is getting is really appreciated.

Moreover, the elimination of Yang Jimin has stirred up many events in the show. Many viewers out there are highly disappointed about the decision of her elimination. And the internet is stacked up with the same. Many were rooting for her due to her cheerful and bubbly persona. She was one of the favorites of everyone out there, and thus seeing her getting eliminated was not something they were expecting in the least.

Furthermore, the relation between Hanuel and Soo Won has been growing thicker. They started on the wrong grounds. With Haneul’s proposal to Soo Won of getting to know other people too led to all the tension, they are facing now. Her jealousy increased as the episodes passed, and now, she feels like the left-out one. And the miscommunication has only fueled things up. In the finale of the show, we are hoping to see everything cleared up between the pairs.

Also Read: The One and Only Episode 6: What’s Next in The Trouble List?

Who is Erin Darke’s Boyfriend? Is She Dating Harry Potter Star Daniel Radcliffe in 2022?