The South Korean reality show ‘Love Catcher in Seoul’ is stealing everyone’s attention out there. 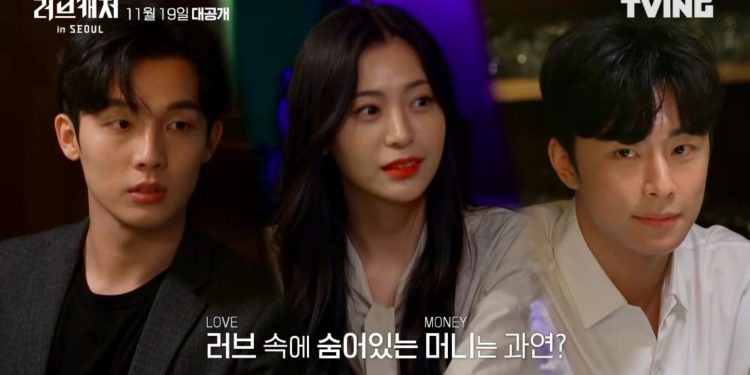 The South Korean reality show ‘Love Catcher in Seoul’ Episode 6 is going to hit the screens soon enough. The show is stealing everyone’s attention out there. Undoubtedly, it is doing pretty well with the viewership and rating scale. Audiences out there love the show for its unique concept and growing suspense inside between the contestants.

There are many expectations from the show and its flowing pattern. There are several assumptions and theories going around the internet, and the fans out there are really excited to see the confessions happening inside the show. They have already chosen their favorite pair and are waiting eagerly to see them ending up together, passing through all the difficulties and misunderstandings.

Not only to the younger generation but the plot and concept of the show have also been appealing to the older people too. Here, we have gathered up all the details about the upcoming episode of the show and incredible highlights from the previous episodes of ‘Love Catcher in Seoul’. So, let’s have a quick look inside.

‘Love Catcher in Seoul’ Episode 6 will be released on December 24, 2021, at 12:20 PM. The cliffhangers from previous episodes are going to end soon enough, and viewers out there would know the happenings ahead. Moreover, there’s a lot of tension going between many in the show, and we are very eager to see the way they are going to cope up with that.

A series of events are going to unfold in the upcoming episode of the reality show. Majority of the viewers out there are really rooting for Haneul, and Su Won and the rest of them are all intrigued for Jimin and Haneul. Though, both the pairs have gained a huge fanbase, and the theories about the same are stacking up the internet.

Where to Watch ‘Love Catcher in Seoul’ Episode 6?

The Tension Between Haneul and Soo-Won

As the episodes pass, the air between Haneul and Soo Won is growing thicker. Both of them are trying to figure things out, and there is this absence of understanding. While Haneul has opened her heart to him, Soo-Won still has not given any attention to it. The situation has done an amazing job in making the viewers out there confused and frustrated too.

Moreover, the tension doesn’t seem to lessen in the present episodes, too, as Soo-Won has just taped his mouth down, and that has caused a lot of turmoil inside Haneul. The point to be noted down is that communication can solve anything if done regularly and honestly. And this is something that Soo Won seems to lack.

In the fourth episode, we see Haneul going to the result room, and we see her in a very nervous condition. She is filled with expectations and hopes about getting the vote from Soo-Won, but her heart drops in her stomach when she finds none. She comes back to the living room, and at the same time, we see other guys entering, too, along with Soo-Won.

At first, he didn’t notice anything about the ladies checking the result room boxes. But when he comes to know about that, he immediately notices Haneul’s reaction and mood. And, in an instant, the whole atmosphere turns suffocative. He pads down to the confession room with a heavy heart and is surprised when he finds a vote inside. He instantly knows that it is from Haneul.

While coming back from the room, his heart is filled with questions and confusion.

Even though there is a series of confusions and hurtful moments in between them, we see Su Won subtly take glances at Haneul. When she mentions that she is cold, he wordlessly adjusts the room temperature. When she says she is not hungry, his expression turns to a worried one.

The Growing Closeness Between Haneul and Jimin

With all the confusion and misunderstandings going between Haneul and Soo-Won, Jimin becomes her knight in shining armor. Noticing her foul mood, he offers her to drink soju, trying to distract her from the vote crisis. We also notice that Jimin is apologetic that he couldn’t vote for her.

The next move by Haneul leaves everyone surprised, even the judges. She asks Jimin if he wants to head out. They get outside and sit beside the pool. There is a long silence between them, and it is Haneul who breaks it. She says that she is not an active person, and the incident from today is eating her up.

Jimin asks her about the reason, and she answers by saying that it is about the votes. Haneul mentioned that she understands Soo Won’s decision, but her heart is not cooperating with her mind. She also pointed out that she wants him to talk to her, to tell her about his feelings and what he thinks so that she can make the needed changes accordingly. Haneul is worried that if they don’t talk, then how are they supposed to make it work?

The worst tragedy is that we see Jimin being really understanding and calm here. He is being confided in because of another man’s feelings, but what about his own? On this, we see the judges saying that it is absolutely not wise to take love advice from love rivals.

Also Read: MAMA The Idol Episode 1: All the Stunning Moments

In another scene of ‘Love Catcher in Seoul,’ we see Won Jae trying to clear the air by proposing a toast. We see Haneul rolling her eyes when her drink clinks with Soo Won’s. Then the game of Lie detection begins.

The first question is from Jung Woo, and he directs it to In Swong. The question is that is she interested in one or two people here. To which she answers that earlier it was two, but now it is only one.

The same question again is passed on to Won Jae. He says that he has only one person in his mind, and this makes Yeo Mon’s expression change to something unreadable. However, the game continues, and we see judges saying that Soo-Won is capable of figuring everyone out but his own situation.

The same question is directed to Soo-Won, and instantly everyone gets a feeling that everyone is going to go down. And it does when he answers that he is interested in two persons. We see everyone highly disappointed with his answer.

Also Read: Who Are The Members of TWICE Dating? Will Love Blossom In Their Lives? 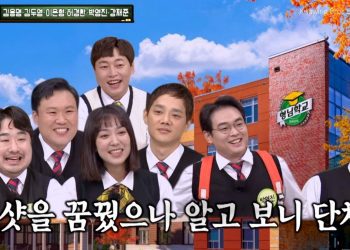