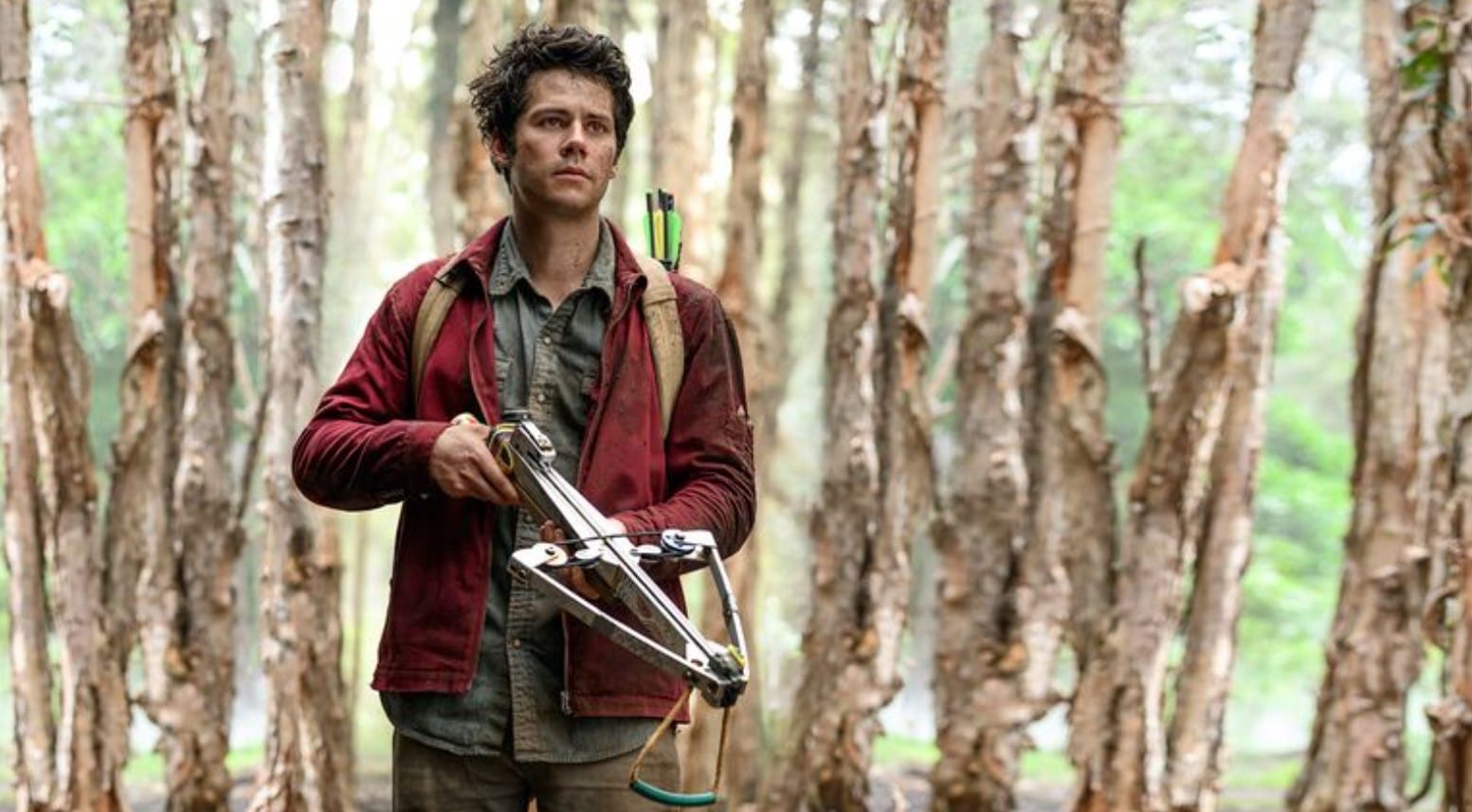 Love and Monsters is an American Film that recently had an international release on the 14th of April, 2021. Amid COVID-19, the movie was previously released in selected theaters on 16th October 2020. The movie is directed by Michael Matthews. It is produced by Shawn Levy along with Dan Cohen. Brian Duffield. “Love and Monsters” stars wonderful actors that include Dylan O’Brien, Jessica Henwick, Dan Ewing, Ariana Greenblatt, and Michael Rooker. The movie is being praised a lot for its cinematography too. Lachlan Milne has done the work of cinematography in the movie. The movie is also nominated for best visual effects at the 93rd Academy Awards.

The movie is in being in talks since 2012. The film was initially named Monster Problems. Dylan joined the production team in October 2018, whereas the rest of the cast was confirmed in 2019. The film was originally said to release on March 6, 2020. But creators decided to push the date to April 17, 2020. However, till then, COVID-19 was already there. Therefore, creators decided to push the date of release a year after. On April 14, Netflix also said that the film is available now on their platform too.

It seems like the movie would have done great, but due to COVID-19, the schedule of the movie was halted. All its international releases were hanged in the middle. However, people still love the movie. As the ending of the movie seems a little complex, we have brought you a detailed epitome of the ending of “Love and Monsters.”

LOVE AND MONSTERS! And @dylanobrien! And a very, very good dog!

The wild adventure comedy (and newly-minted Oscar nominee) is available on Netflix everywhere outside the US on April 14. 💙👹 pic.twitter.com/wtaZ0fx1XV

The ending of Love and Monsters is not that typical. At the end of the movie, Joel and Aimee share a moment of intimacy. However, Aimee is kind of confused about whether they will even be together in the future. At the beginning of the film, we saw that Joel vowed to find Aimee. He even lost his parents in that apocalypse where he and Aimee separated. However, even after seven years, he remains in his colony and is unable to find Aimee. Joel motivates others not to be afraid of monsters who live above the surface.

By the time Joel becomes brave than before and starts a journey to find Aimee. People in his colony always mocked him for being afraid of monsters. Therefore, his loneliness and desire to prove his colony[that how much brave he is] motivates him to find Aimee. When Joel was discarded by the colony, his only friend was dog Boy, whom we saw along with Joel in the whole film. 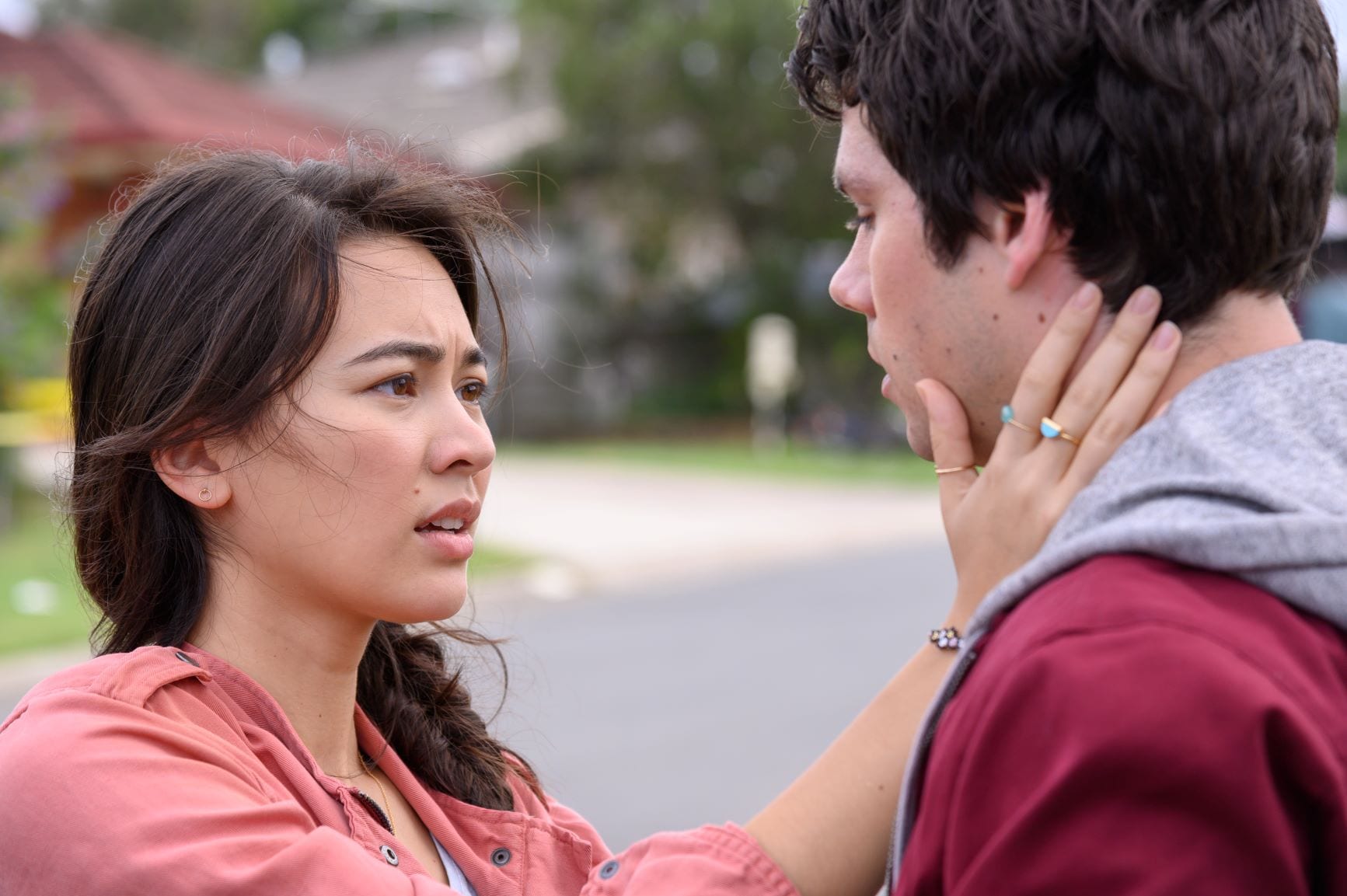 He later on in the movie learns survival tricks whilst fighting in his journey to find Aimee. Stray Dog Boy teaches and makes Joel perfect in survival techniques. Fortunately, he finds Aimee, who lives in an evil colony but is unknown to the fact. This evil colony is even famous for sending monsters as predators and capturing land from other survivors.

Joel realizes this, but before anything he could do, he is caught by Cap. However, at last, together, Aimee and Joel save the colony. They use the techniques to communicate with monsters instead of fighting with them.

But, unfortunately, Joel and Aimee do not end up together. They share a goodbye kiss at the end of the movie and move ahead with their journey.

Will “Love and Monster” have part 2 of the movie?

It is a bit unclear. As the movie has left an arc of the incomplete love story of Joel and Aimee, there are chances that the movie can have part 2. Director Michel Matthews said that there are thinking about part 2. The discussion is going on over the matter. However, he said that the movie was always promoted as a solo film. So even if the movie comes, it doesn’t need to include the character of Aimee. Part 2 can be just an extended plot of the film. It may move with a plot that will revolve around a brave Joel and his further fight against monsters.

Even the ending of the story of the movie was overwhelming. It seems as if the creators will bring back Aimee or not, as the character had a lot to justify in the movie.

Also Read: How To Watch Ride Or Die Movie Online?