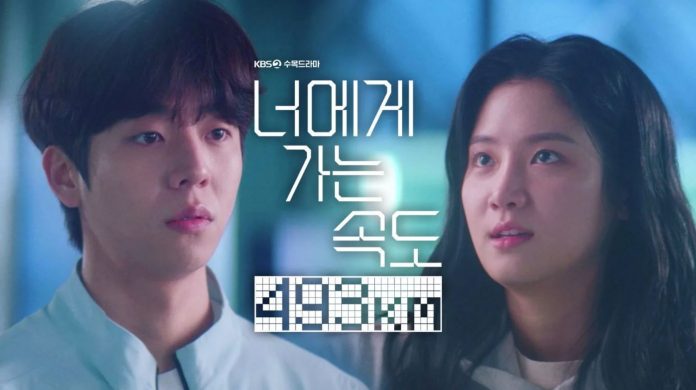 The plot points of the series have successfully formulated very interesting layers that have got everyone in a peculiar trance. The growing romance between Tae-jun and Tae-yang has left everyone feeling butterflies in their belly, and they are anticipating seeing more of their sweet moments in the upcoming episodes.

Moreover, now with the regular players deciding to beat the national players in this upcoming selection tournament, the events of the seventh Episode are going to be really fun to watch.

Here we have summarized all the details about the upcoming seventh Episode of the series. Therefore, let’s take a quick skim inside.

The previous Episode of the series has created a stir of emotions and situations in the drama series. All the viewers out there are eager to know all about the upcoming events, and so are we.

Tae-jun and Jung-hwan were successful in persuading Coach Lee to bring Tae-yang back into the team. They do everything in their hands to get the coach to agree to their decision, and at last, when he doesn’t budge, Jung-hwan promises to not video call their CEO ever again. This bait by him gets the coach to agree to their request, and Tae-yang is finally brought back into the team.

Coming back to Yunis, Tae-yang gets a cold welcome as usual. It was nothing surprising for her as she had become used to the cold and ignorant behavior of her teammates. Though she receives good wishes from Youngsim, and that gives viewers out there a relief that maybe she is not going to bully her once again. The reason for her decent behavior was found out real quick as she got to know from Jung-hwan that Tae-yang didn’t bribe anyone and left the team because of the fight.

Being one of the seniors most players Youngsim plays a significant role, and being in her good books means less bullying for Tae-yang. And that gives the latter a sense of relief and positivity.

Things go a bit downhill when Tae-yang rejects Tae-jun’s feelings for her, but our hero doesn’t back off. His continuous efforts bear fruit when Tae-yang finally gives in and gives him the letter that she wrote for him. Audiences out there go crazy when they finally start dating. However, they become extra careful of their surroundings.

Yunis team’s captain, Yeon Sung-woo, brings out a proposal for a selection match for an upcoming tournament. Because of the senior and national players, he thinks that juniors should also get a chance. During the practice, all the regular team players are quite intimated by the national players. The sweat on their foreheads results in poor performance though Tae-yang keeps her cool. She faces them with determination and also encourages the juniors to do so.

Love All Play Episode 7 is available to be streamed on the international streaming platform Disney+. Being an international platform, it is easily accessible to everyone out there. All the domestic and international viewers out there need to get a subscription to stream the series. Once they are done with the process, they can easily stream all the episodes.

Love All Play Episode 7 will release on May 11, 2022, at 6:20 PM. All the cliffhangers from the previous Episode of the show are going to be over soon. We are going to know soon about all the strategies the regular team members are going to use to beat national players in the selection match.

With a total of 16 episodes, the show releases new episodes every Wednesday and Thursday. Each Episode has a duration of 1 hour 10 minutes.

Now with this upcoming Episode of the lead, all the viewers out there are counting the days.