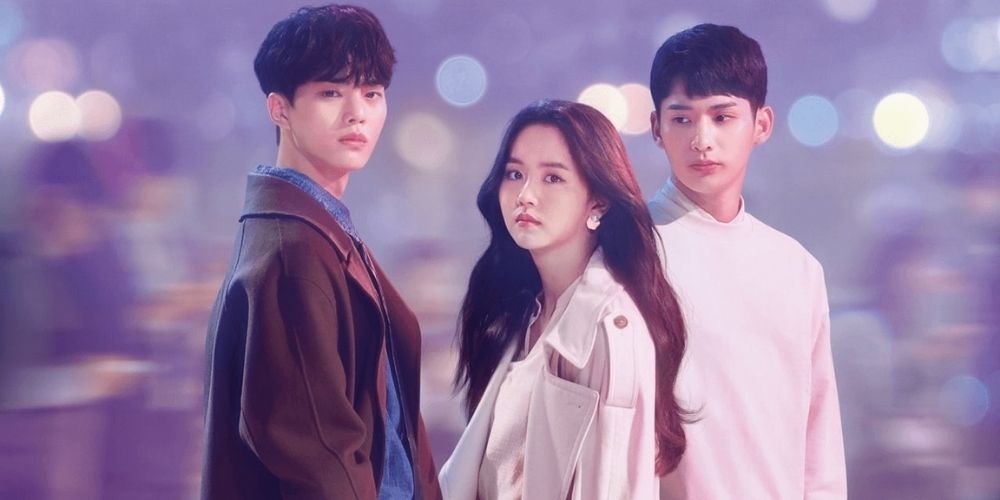 The Love Alarm Season 2 is an upcoming K drama that is much hype before the release. The drama is base on the app Joalarm. This apps works quite like it rings when you are near someone in a radius of 10 m who likes you. If you like the other person, it goes vice versa. As everything is online, the lives of people have a major role in online stuff. Also, the drama revolves around a love triangle too. So it is a mix of digital love with old-school vibes.

The drama Love Alarm season 2 tells about how digitally the world has changed. There is an app name joalarm. When everything is ruling digitally, this alarm is one such example of love. One can easily find who has a crush on them using this app. Now it is been 4 years that the alarm is released. It is a cell phone app. From the date of launch till now, people have been using this app in Joalarm version 2.0, which is commonly used. There is an announcement of a new update in the app. The app will see having two new functions.

The one feature will be for the user and the others for the receiver. Due to the new feature, there is a small change that happens between Jo-Jo (Kim So-Hyun) and Hye-Young (Jung Ga-Ram). Jo-Jo is on the list of two people in the love triangle between Hye-Young’s and Sun-Oh (Song Kang). There it is seen that Hye-Young is happy about being on Jo Jo’s alarm.

Whereas when it comes to Sun-Oh (Song Kang) he left Jo-Jo because his Joalarm didn’t ring when Jo-Jo was near him. He believes that Jo Jo does not like him anymore. Also, he has feelings that she still loves him or likes him. The last season ends with Jo Jo standing in between of Hye-Young and Suh HO.

The drama Love Alarm Season 2 is a love triangle and based on an app name Love alarm which is starring Kim So Hyun as Kim Jo Jo, Song Kang as Hwang Sun Oh, Jung Ga Ram as Lee Hye Young. They are the main lead of the drama. It revolves around the love triangle of three and how it turns out after some time. The other major roles that are playing as the supporting cast by the actors.

There are fewer actors who will again make it easier to understand, and maybe a better character development can be expected from this season. Overall the star cast is the same. It will be interesting to watch what happens next. 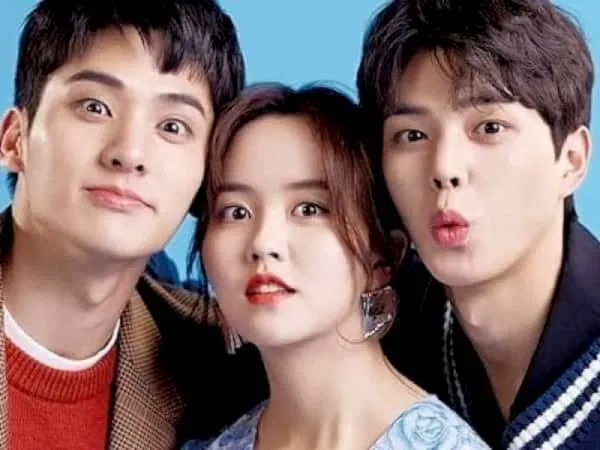 Love alarm season 2 is the most awaited K drama of the year 2021. The craze for the drama has reached another peak now. Fans have been waiting for so long for it to release. Now the release date is confirmed, and the excitement level has increased. The drama Love alarm season 1 was a great success.

The storyline the plot was something different it was a usual love triangle, but the portrayal is different. The plot of the drama revolves around the popular love alarm and its craze over the country. There is a girl named Kim JoJo who is in a love triangle with Hwang Sun Oh and Lee Hye Young. The second season is all set to release on March 12, 2021. The drama is all known as Love Alarm Season 2, Joahamyeon Ullineun Sijeun 2, Joahamyeon Ullineun 2. The drama is going to release on the original network TVN and will also be available on Netflix. So finally, the wait is over the series is all set to make people go gaga over it.

The drama will surely have some great ratings like the previous season this is much expected from it. The series will have 6 episodes where the suspense will be coming out clearly if the alarm rings or not for whom it will ring. The episode run time for each episode is around 40-50 minutes.

The genre which the series revolves around is Friendship, Comedy, Romance, School, and Drama. The drama is more likely to be more refreshing and thrilling. The series is based on a web cartoon name “Joahamyun Woolrineun” by Cheon Kye-Young. It is first published on September 14, 2014, via Daum Webtoon Company.

The whole series will be released on March 12, 2021. You can watch it on Netflix as it is the original streaming platform. If not Netflix, then there are many other online options too. 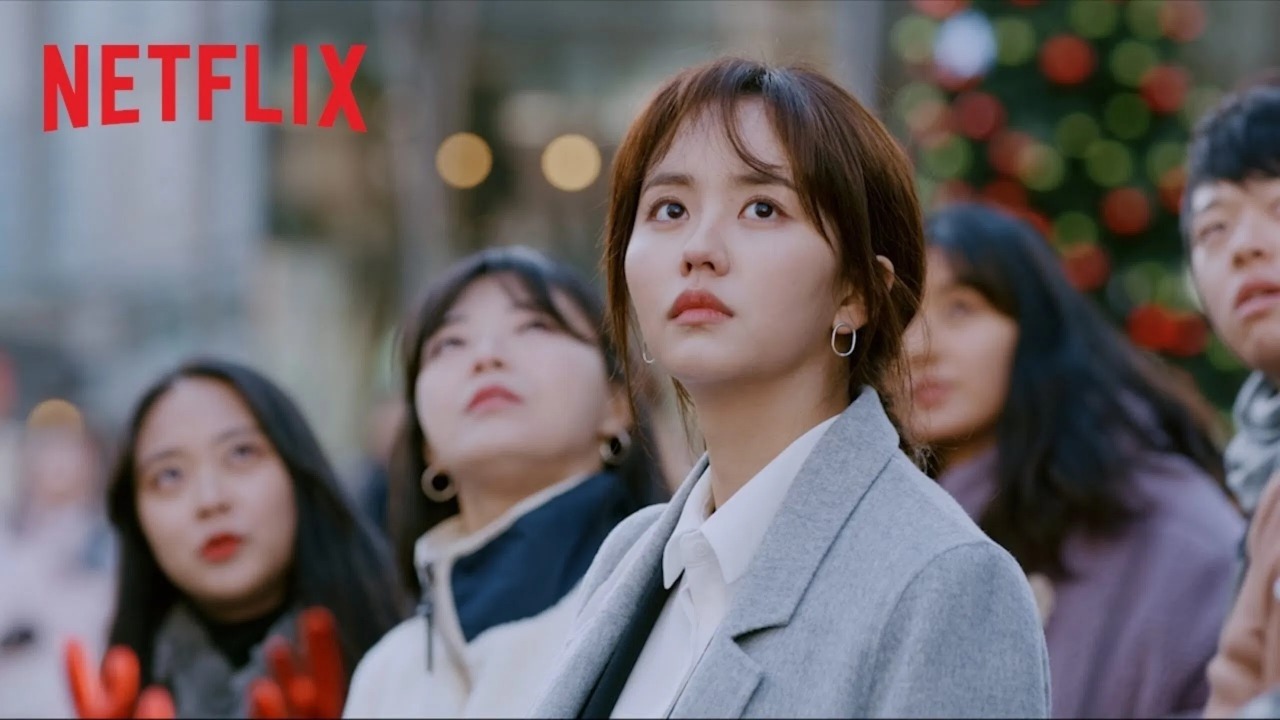 Plot Expected- what is going to happen next.

The series Love alarm season 2 is the preceding version for season one. It is one of the most awaited k drama of the year. The series was supposed to release in August 2020, but due to the covid situation, the series came to a halt. Now that it is all ready to set its foot in the OTT platform. The drama has already a season 1. The season revolves around the story of Kim Jo Jo, who is living with her aunt and sister.

The drama begins in the present day when the Love Alarm app is already viral. The alarm has impacted society on another level. Everyone is using the alarm to see if someone loves them or anyone has a crush on them. High school kids are the ones who are most affected by the new social trends. HWANG SUN-HO (Sung Kang) is a schoolboy who is a model and quite attractive. Everyone in the school has a crush on him.

He sets off his alarm as it got countlessly ringing. Jo Jo comes from a background where she has to pay her parent’s debt as well as her own living expenses. There is another boy name Lee Hye young who lives with Sun Ho as her mother works as a maid at their family. They are best friends with each other. They are close to each other. The turns take in their life. Hye Young and Sun Ho have a crush on the same girl Jo Jo. There is a love triangle between them. Sun Ho and Jo Jo start dating each other.

The problems occur when the family comes to know about them, and Sun Ho’s family is complete against the girl he is dating. After this everything goes to a picnic arranged by the school. There Sun Ho and Jo Jo mate in an accident. After this, the relationship took a backseat as she thinks she is not the one for Sun Ho and starts ignoring him. The things turn ugly, and they break up. Sun Ho thinks Jo Jo betrayed her, and it is not like this. Hye Young expresses his feelings to Jo-Jo, and it turns ugly for the friendship. The drama ends on a note where Jo Jo is between Hye Young and Sun Ho, and the alarm is on. The drama ends in suspense.

The next season of Love school season 2 will be opening up all the suspense by far in the drama. The expected plot for this season is most probably Sun Ho will come to know that the app has restricted and kept a shield on JO-Jo phone, and she is not able to ring the alarm from him, or this can go either way too. The suspense will be clear out about whom Jo Jo will choose at the end. Also, the friendship of Hye Young and Sun Ho will come back to normal, and many other phases will be shown in the second season. It is kind of a reveal season that will reveal the truth. This is the end on a happy note, most probably. The actual plot will be clear once the drama release, and we will see who wins the race of love.

Read More- Devilish Judge K-Drama: Everything You Need To Know