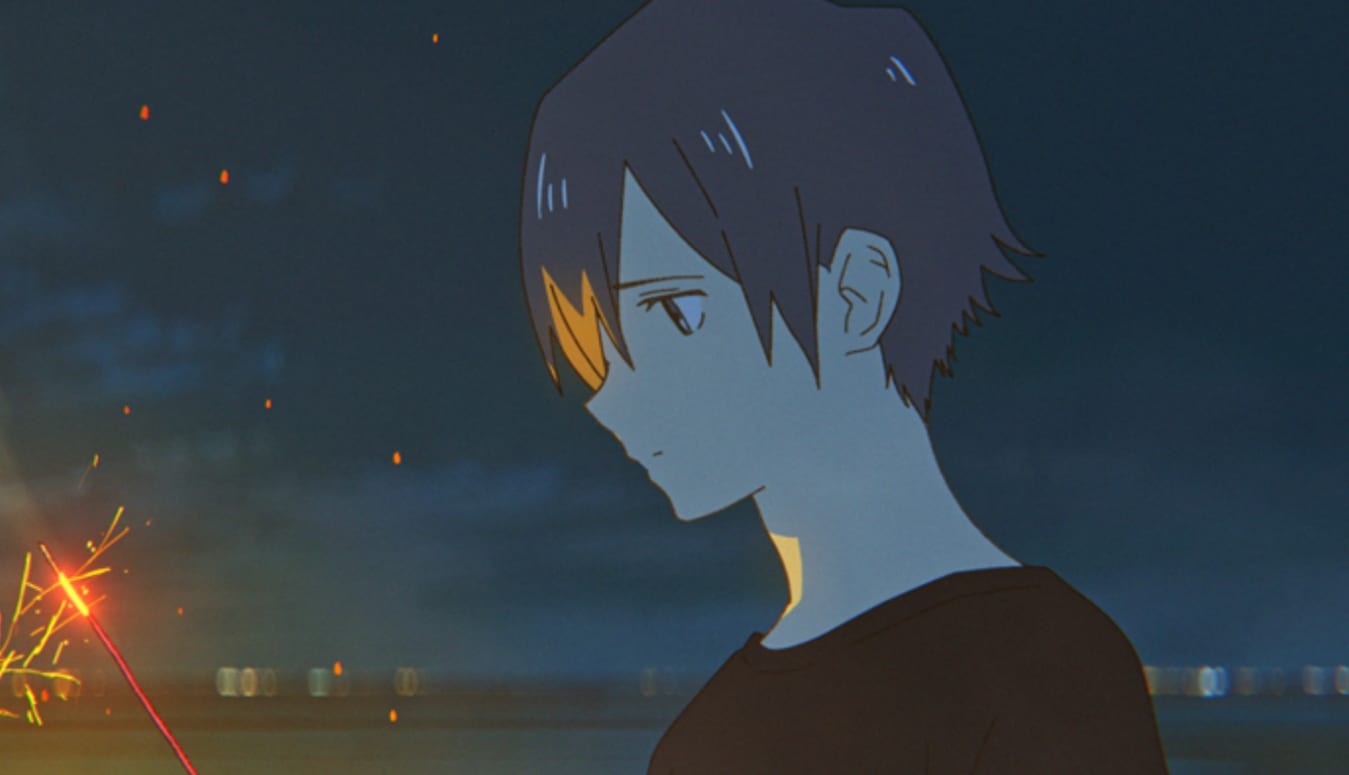 The world is filled with people who are entangled in their own worries. We all seek a miracle to step out of this puddle of worries. loundraw’s upcoming anime film, ‘Summer Ghost’ is pitched on a very similar idea. loundraw, a fascinating illustrator, is popular for his illustrations of the emotional rollercoaster anime film I Want To Eat Your Pancreas. This is his first directorial work, and we cannot help but look forward to it. There are a lot of appealing parts to the project. ‘Summer Ghost’ is a part of Project Common, a collaboration between Z-kai Group and loundraw. Project Common is developing anime movies, shorts, and animation videos based on issues related to a very common feeling: existential crisis. The project revealed four of its upcoming works this February, out of which one was Summer Ghost. As of July, the Summer Ghost new trailer was uploaded.

Summer Ghost is the first release of Project Common. From my first impression of it, it is a movie I would avoid missing at all costs. The movie’s premise and the trailer have me captivated. Summer Ghost does not have a revolutionary plot, but it does have a sense of serenity that I want to feel for the sake of my peace of mind. The first impression of the movie’s trailer was heavy. Its atmosphere is romantic, and viewers can already guess that it will be loaded with emotional turmoil. Summer Ghost is highly anticipated by many.

Here is everything we know about the anime so far, including the Summer Ghost new trailer, release date, plot, cast and staff, and more.

An urban legend flies around that the ghost of a woman appears when fireworks are lit. Tomoya Sugisaki, Aoi Harukawa, and Ryou Kobayashi are three high school students who met through the internet. The three face their own crisis that makes them want to explore more about the infamous Summer Ghost. Tomoya desires to live a life he wants but cannot, Aoi cannot find a place in the world to belong to, and Ryou’s once-bright future is slowly getting dim. They all have a reason to look for the Summer Ghost. In the night when life and death cross paths, where will their emotions lead them to?

loundraw describes the movie as an animation that does not feel like an anime. loundraw has attempted to draw not only the beautiful parts but the people who live in the present as they are. Summer Ghost will emit emotions, each of which will be felt and manifested by different people in different forms. The movie will revolve around the doubts of the human mind, deeply centering around a person’s existential crisis. “What does it mean to live?”, loundraw asks.

Summer Ghost will perhaps not answer the question, loundraw comments, but it will help people understand how to deal with such feelings of doubt.

On 15 July 2021, the Summer Ghost new trailer was dropped on YouTube. The trailer features the three main characters lighting up fireworks. Along with beautiful background music, the trailer flows with the narration of Chiaki Kobayashi, the voice actor of Tomoya Sugisaki. We get a quick look into various cut scenes of the characters’ faces. We can also see the back view of Tomoya in his school uniform. The scene looks like it belongs to the beginning of the anime. A cut scene following shows three summer drinks on a table. Alongside one cup, we see a pencil box pouch. I’m guessing the three are discussing the summer ghost in a restaurant.

The art of the movie is very serene and reflects the typical strokes of loundraw’s work. It is aesthetically pleasing and has a soft touch to it. The animation is decent as well. However, what I loved the most was the uplifting background music.

The trailer lasted 30 seconds. We expect a longer version of the trailer to the released soon as well.

On 15 July, the anime’s release date was also announced. The movie is scheduled for a Fall release. The Summer Ghost release date is 12 November 2021.

The movie will be distributed to theatres in Japan. Tickets for the movie are now live on the official website of the movie. The tickets can be pre-ordered online at the cost of 1200 yen, inclusive of all taxes. Summer Time will be made available only in Japan for now, and it will be a while before the movie is licensed for a global release.

loundraw is debuting as a director through Summer Ghost. He has also drafted the story’s concept and illustrated the original character designs. The renowned mangaka of Goth, Hirotaka Adachi (pen named Otsuichi), is compiling the movie’s screenplay. Akira Kosenmura (composer of the film The Center Lane) is composing the anime’s music. Flagship Line is producing the film, and Avex Picture will be distributing it on its release.

The anime is being animated in Flat Studio.

Chiaki Kobayashi (Langa Hasegawa, SK∞) will be voicing Tomoya Sugisaki. So far, the creators have only updated one cast member. With about four months till release, we await future updates.