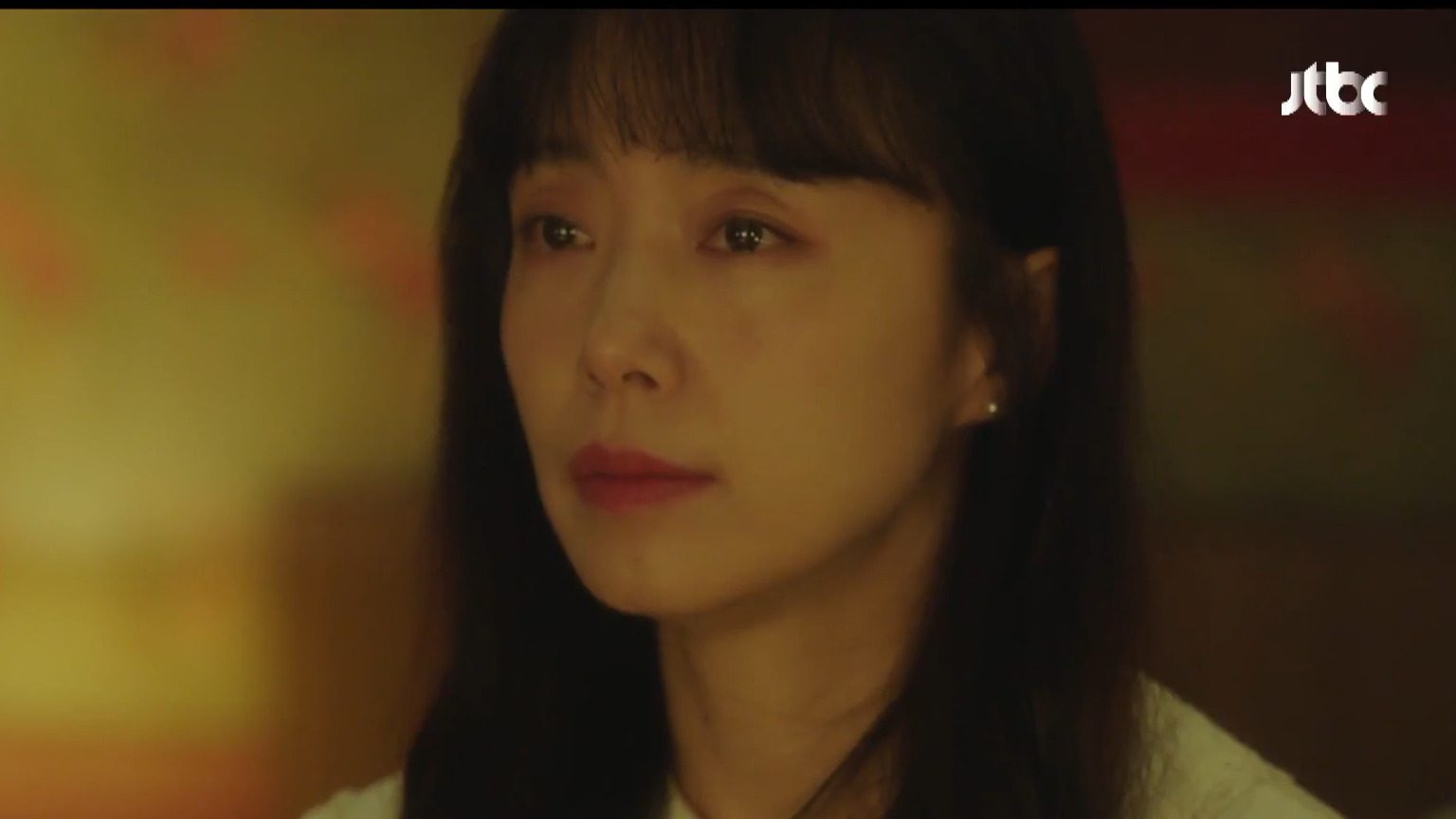 In the recent episode of K-drama “Lost”, we saw that everything was peaceful, yet chaotic. Knowing that Bu Jeong won’t be coming home, Jung Soo goes to visit her father-in-law with some cake. Only to find him not just at home, but somewhere in the middle of a road, lost as he forgot the way. Finding him on the way, he tells him, that Bu Jeong will be spending the night with him. That is when her father asks him to take care of her and look around to see if everything is going alright with her. Here is what happened between Bu Jeong and Kang Jae that you need to know before the release of episode 9 of K-drama Lost.

Later that night, stepping onto the terrace, Bu Jeong finds Kang Jae enjoying the view and eating snacks. As he catches her looking at her, he calls her over to join him and offers her some milk and a sandwich. As they talk about having favorites, and how things we like, just become normal after a while. Kang Jae reminds her that he told her that they could try and die together the next time they meet. But he wasn’t so sure that they would meet so early. Getting a bit upset at him, she asks if he rudely behaves like that all the time. 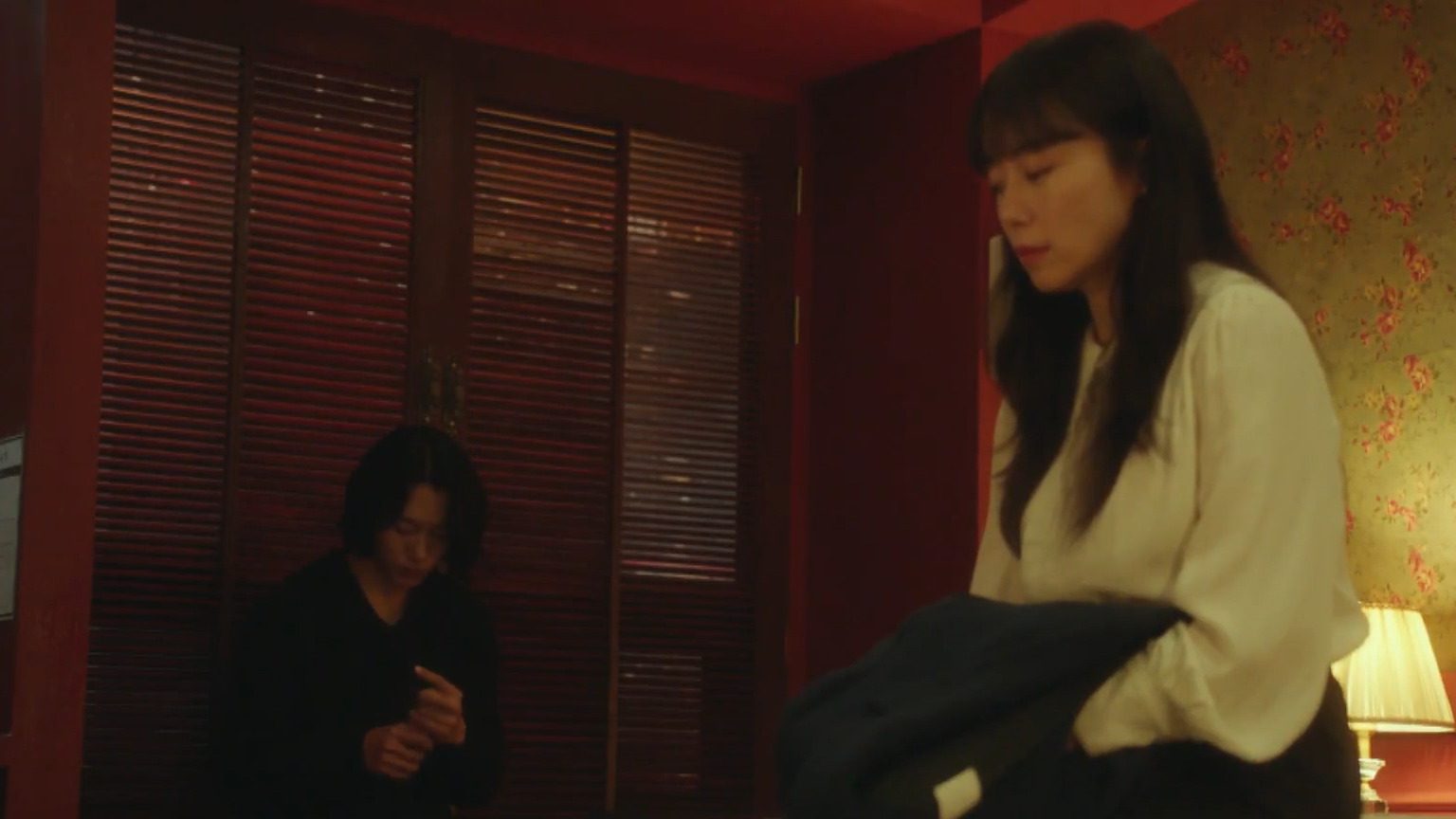 Recap: What Happened In The Hotel Room That Night?

As we remember, Kang Jae texted Bu Jeong from the phone of “café hallelujah”. What if she needed help, she could come and meet him in the hotel room. And she, not knowing what else she can do, decides to go and sees Kang Jae sitting there. As they sit together, they try to make small talk over some tomato juice. And she offered him fruit since he was thirsty. As he tells her that the tangerine she gave him was sour, she offers him a piece from hers that was sweet. Suddenly, he asks her, what help she needed. And she tells him that all she wanted was to sit peacefully. She wants to just stay still and do nothing. Not wanting to say, think, or worry about anything. And wants someone beside her, who has no expectations from her.

Listening to her, Kang Jae asks her to lie down with him and do nothing. As she is surprised, he tells her that it has been the opposite for him. He has always felt hungry for more, even though he had the bare minimum that is hard to achieve. Living at home, he still wanted to find a real home. And since he could do nothing, he was starting to lose his mind. Listening to her, he thinks that doing nothing but just lying together wouldn’t feel bad. She decides to do nothing and lies down on the other side of the bed. She tells him that she wanted to disappear. Even though she was hungry, she barely had the energy to do anything. But on her way to the hotel room, she felt good. 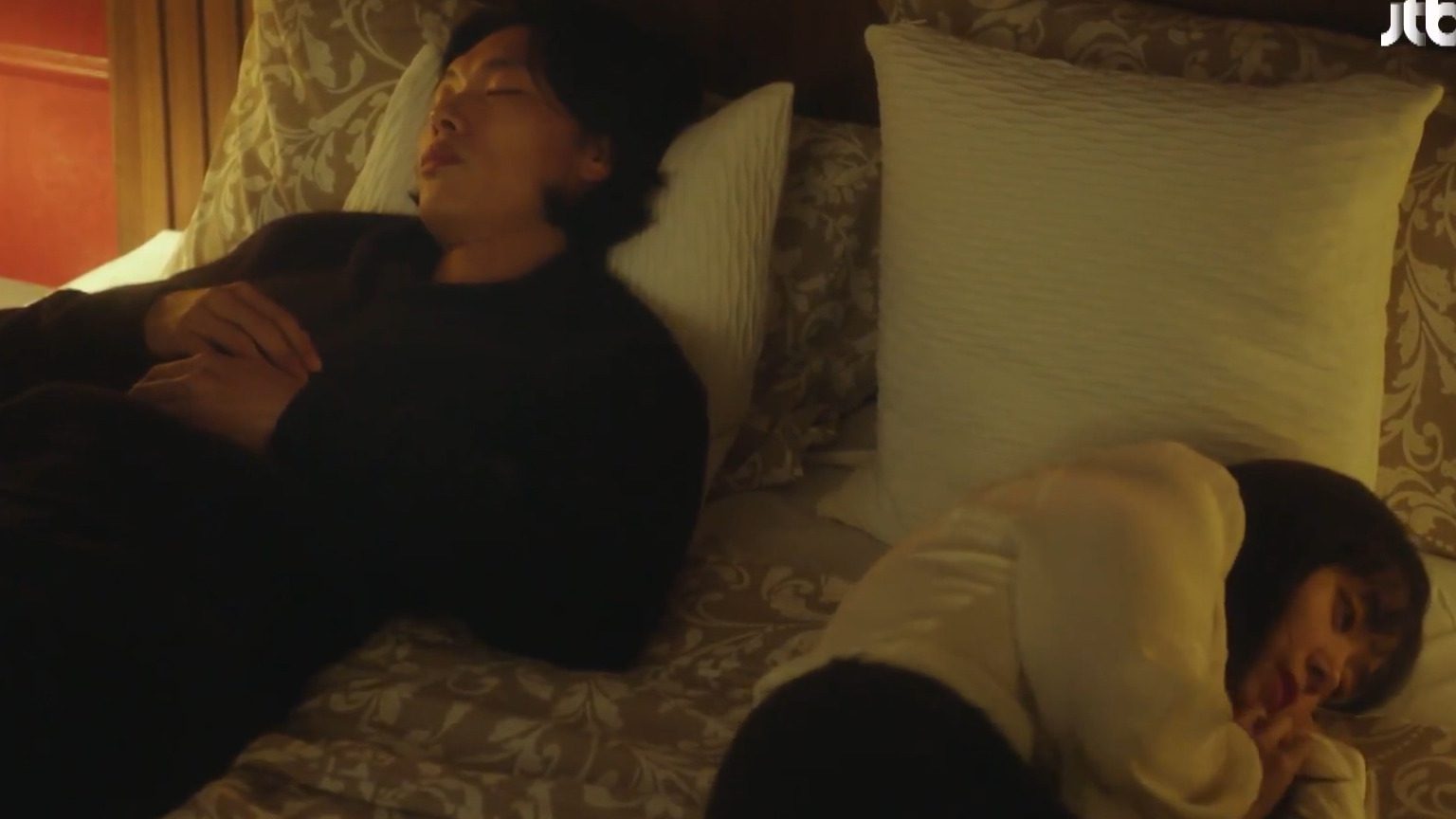 She tells him if she falls asleep, then he can leave if he wants to. But minutes later, both of them fell asleep on their own. As he wakes up from the slumber, he finds her deep in sleep. Putting the jacket on her, he leaves the hotel room. Soon enough, she wakes up to find nobody beside her. Remembering that she told her husband she’d go to her father’s apartment straight from work. She leaves for the apartment complex. But instead of getting into her father’s home, she goes for the terrace and finds Kang Jae looking at the view from the railing with hallelujah playing on his phone.

How To Watch K-drama Lost Episode 9?

Episode 9 of K-drama “Lost” will be available to watch on JTBC Network at 10.30 pm KST. For global viewing, the episode will also be available on the iQIYI streaming app and website at the same time for viewers with a premium membership of the app.

K-drama “Lost” episode 9 will release on October 2, 2021. Kang Jae and Bu Jeong are getting closer each day. They keep running into each other unintentionally. As she starts warming up to him, she tells him how things have been going wrong for a while. She’s had a miscarriage and lost her job. With all that, she isn’t happy with her family and always beats herself up for putting them down. Remembering that it has been a year since Bu Jeong lost her baby, she decides to bring up the matter with Jung Soo. And tries to talk about it. She also decides to visit a gynecologist for a check-up and talk about the things that happened last year.