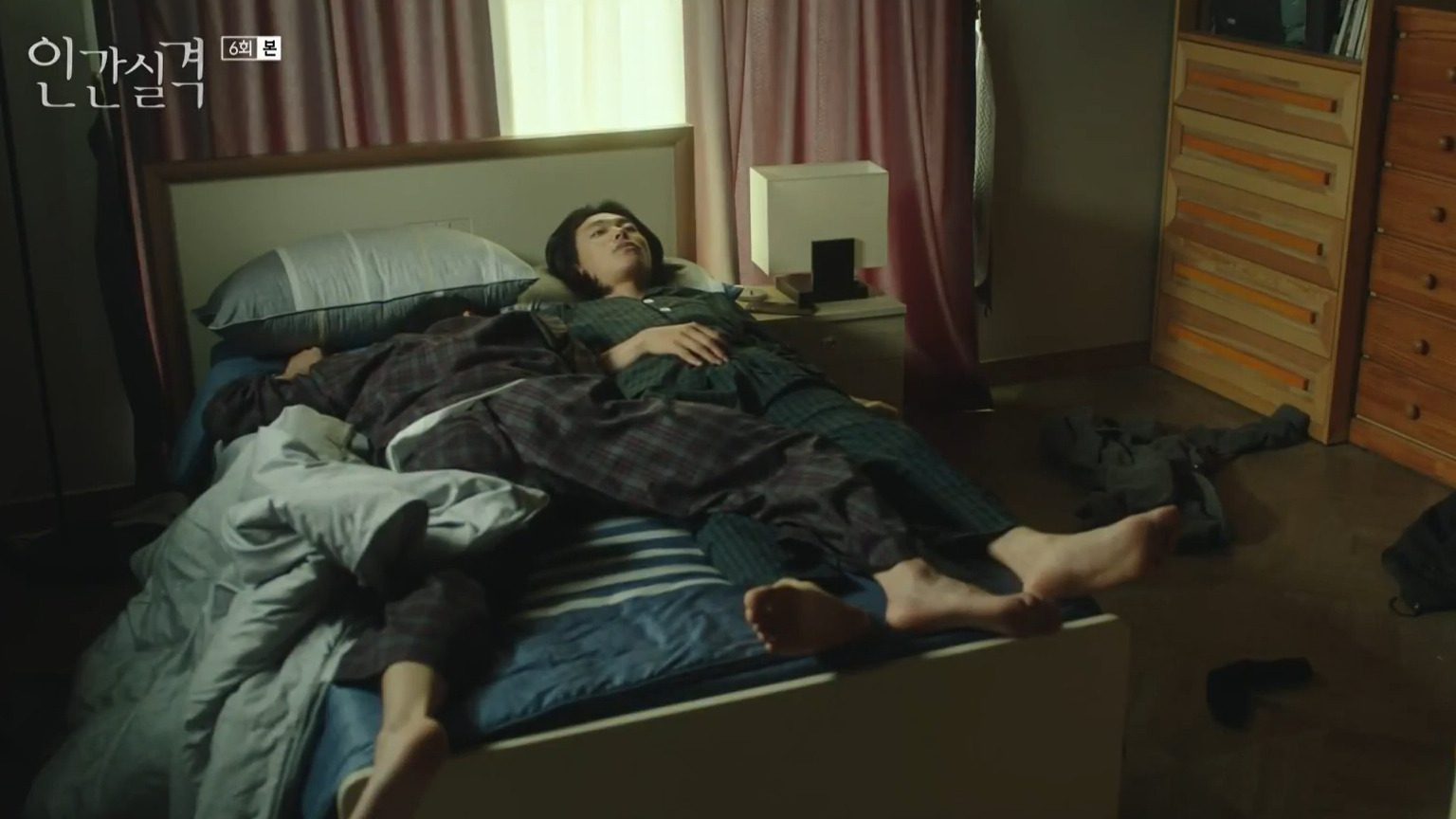 A still from Lost K-drama Episode 6

JTBC’s K-drama “Lost” has given a second chance to two lost souls, and the wait for episode 7 is still on. With its recent episode, it brings back the age-old song, Jeff Buckley’s version of the Leonard Cohen “Hallelujah”. Along with the song, some drama does go down. But the show takes a turn into the emotions of the characters, which we were less focused on. As Bu Jeong texts the “café hallelujah” who released the article about A-Reum, she waits for the reply. While Kang Jae is at the house of the person that runs “café hallelujah” with their phone in his hands.

Looking at Bu Jeong’s texts, he goes through the photo gallery. As he talks to his friend Soon Ju, he tells him that the owner of the phone is dead and Bu Jeong might be connected to him. While back at home, as Bu Jeong is waiting for a reply, Jung Soo tries to make things better. Telling her that they should get new appliances for the house as a sale is going on. But Bu Jeong dismisses him, saying she just finished the five-year installment plan that started since their wedding. 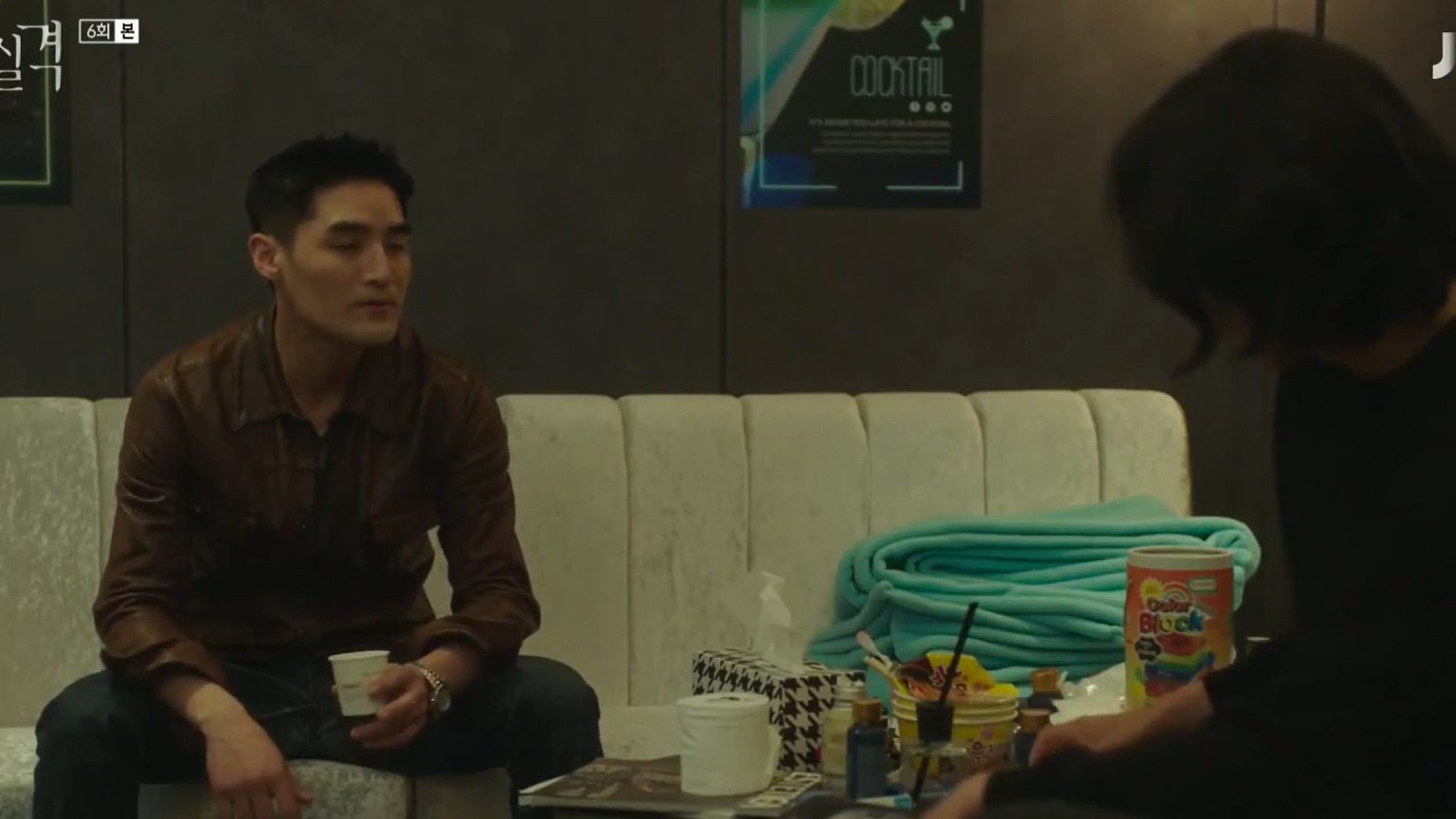 A still from Lost K-drama: Kang Jae with his friend

Recap: Episode 6: A Woman I Know

At “café hallelujah”‘s place, Kang Jae finds an envelope with Bu Jeong’s name on it. Opening it, he finds her book that she wrote as a ghostwriter for A-Ram, along with pictures and notes, and a suicide note. Looking at it, he remembered the time he saw her screaming at the phone that she wanted to die. Taking the envelope, he leaves the place and meets A-Ran’s secretary, who is also one of his friends. As they talk about the people they’ve been working for and know. His friend tells him to sleep with Bu Jeong.

As Kang Je returns home, he finds Soon Ju at his door, drunk, and telling him to take him to Soon Kyu’s house. Arriving at her house late at night, they fall asleep. Kang Jae wakes up to an angry Soon Kyu cooking breakfast. As they sit down to eat, she asks him about the rent-a-friend visiting card she found in the washing machine. Explaining his work to him, Kang Jae tells her that the work he does helps people who have no friends with relationships.

On The Other Side

Jung Soo is also having an existential crisis, looking at his marriage going in vain and the same old work. Talking to himself that he wanted to be like others, so bad, that he worked day and night. Thinking that was the only true success, he only found himself when he was acting like other people. Driving to the café, Soon Kyu and Kang Jae run into Bu Jeong, looking at the groceries in her hand. Soon Kyu offers her a ride that she accepts. Sitting in the back of the car, she offers everyone an orange as they drop her off tho her place. 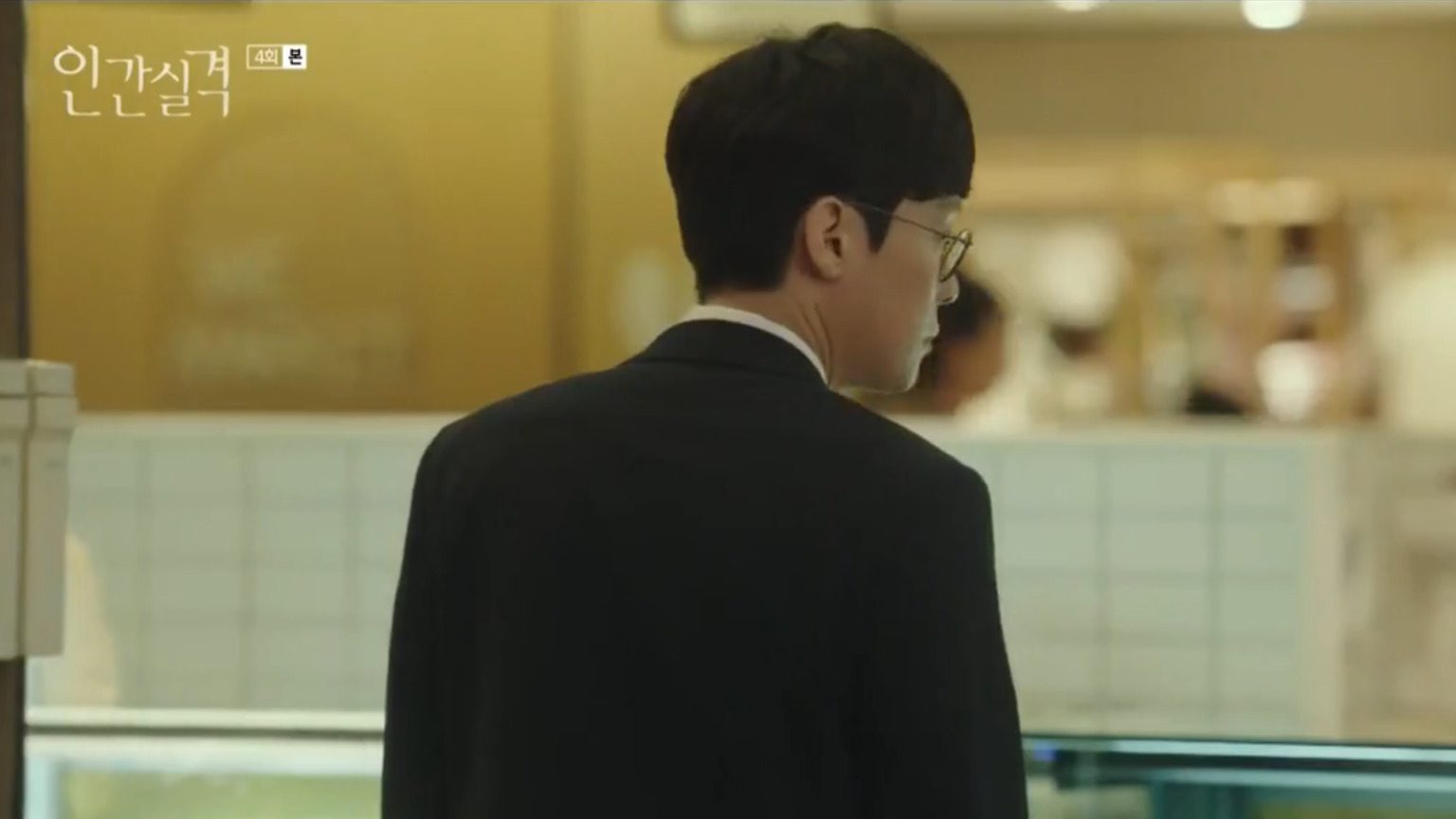 Bu Jeong’s father and mother-in-law run into each other at a book shop. Both of them checking A-Ran’s book, for their daughter’s name. But they found nothing. As they both sit at the bus stop and talk about her, her mother-in-law tells him that Bu Jeong has resigned from the company and doesn’t make any efforts. But her father tells her that she must’ve had her own reasons. As the bus arrives, her mother-in-law asks him about his health and gives him an energy bar before getting on the bus.

Lost K-drama Episode 7 will release on September 25, 2021. It will be available on the iQIYI streaming app and website for global viewing. Kang Jae isn’t the same after reading Bu Jeong’s suicide note. He texted her from “café hallelujah” to meet him if she wanted to talk, texting her the hotel address. As he reaches the hotel room, she is already there waiting for him. In the preview of the new episode, we see Bu Jeong and Kang Jae talking a bit between all the awkwardness. On the other side, there are things going on. As her father tells Jung Soo to pay attention to Bu Jeong, he gets a call from Kyung Eun that her husband is not breathing. On the other hand, Min Jung isn’t picking up her phone either.