Loki Season 2 In Development: Is The God Of Mishchief Returning? 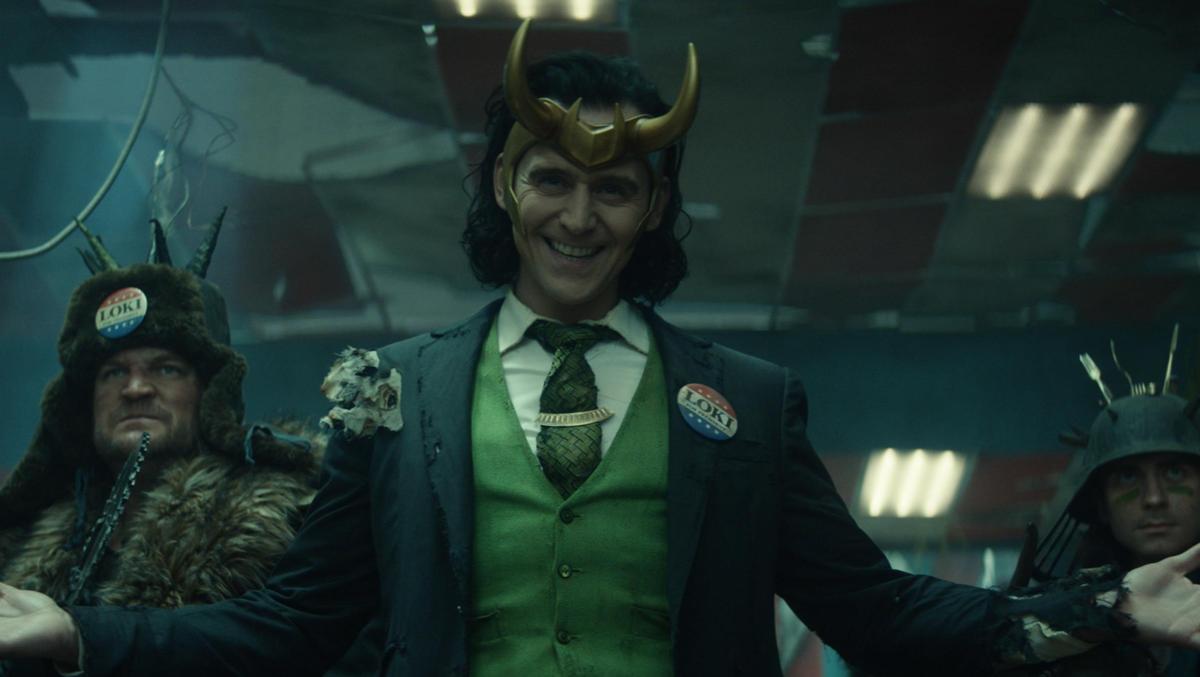 From Loki S01E05 Featuring President Loki From The Void

So there are so many noises coming in as Loki and its first season is coming to conclusion next week. Something we believe will set up the multiverse Marvel is looking forward to being their next big thing. Just right after the Infinity saga. The sad emotion everyone is carrying right now is if we are really saying our goodbyes to God Of Mishcielf again. In case you are wondering, hold your tears right there because there are subtle hints that suggest we might see Loki making a returning for a second round. Yes, there are heavy chances that Loki Season 2 is in development, and here we are to break it down.

We are taking it back to the time Loki and other Disney+ web series were announced. Since then, we have gathered the prominent hints that suggest Loki and its second season renewal. Apart from those, we will also be taking a look at the storyline Marvel has been suggesting since their Disney+ outings are releasing. Especially with Loki has quite a different and unique storyline of its own with multiple possibilities. This may, in turn, help the show in Season 2’s development and storyline. So let’s begin.

Is Loki Season 2 Really In Development?

So the subtle hints we are talking about suggesting that Loki Season 2 might be in the pre-production stage of development already. Even if there is no official announcement for it. How? Here is how it goes. First of all, Marvel Studios VP of Production & Development Nate Moore, in an interview, once noted how Loki is the only show among all the Disney+ outings that have a chance of renewal. He believes Loki’s story is something that is so clever that it could branch its way out. So multiple seasons is a kind of requirement here.

Coming to our second hint would be, Production Weekly which is known for issuing new productions taking place in the entertainment business. One of their outlets suggested that there is a new production of Loki with Season 2 written and is under the name Architect. So there is another cue card that suggests the same. Lastly, let’s see where our stories of the first three Disney+ Marvel shows are ending up and what they suggest.

WandaVision first is tangling itself with Doctor Strange: Multiverse Of Madness to continue Wanda’s story. Probably Doctor Strange may end up mentoring her, and she may join hands there permanently. Then we have The Falcon And Winter Soldier. Well, even they could have a second season, but there are chances of Captain America 3 happening. So we may see Sam and Bucky shifting themselves there. Out of all this, it’s Loki’s story which is quite uncertain. Plus, the way it is forming multiverse, it could end up anywhere if the people watching the show know what we mean. So there are innumerable possibilities to carry the show further. So we can have Loki Season 2 anyway.

Also Read: Is Mobius Really Dead In Loki & What Is His Role Now?

If Loki Season 2 is happening, What Would Be The Story?

Like we mentioned above. Loki’s future, especially the 2012 version of him we are talking about is quite uncertain.  We don’t have a finale yet but either we may see him dying or as the story suggests, his reality getting reset. Now the rules are quite different according to the story of Loki, with multiple Loki variants that can carry the story forward. Loki could stand off as an origin for the multiverse teased. The MCU would have to turn back to where it came from if the characters involved here want to understand it.

So, here is how it goes, Loki’s finale, if our prediction is right, could end up being the cause for disruption of Sacred Timeline as per in the show. Which in turn, TVA, we mean whoever controlling it would lose a handoff. Thus leading to possible crossovers of variants. This ending may reflect on the plots of Spider-Man: Now Way Home and Doctor Strange: Multiverse Of Madness. The two of the movies heavily teasing the multiverse. Doctor Strange has a big name on it, while Spider-Man’s rumored cast suggests it.

We may see Doctors Strange, Wanda, and Spider-Man spending time and figuring out the mess in their movies. That’s a probably, and they may end up looking for the origin of disruption. This leading us to Loki, who might also play a major role in setting things right. Thus, setting up the plot for Loki Season 2. Anyway, at least that’s what it looks like from our side. Until then, we would have to wait for an official announcement.

If Loki Season 2 is happening, according to us it could be released in late 2022 or even at the end of Phase 5 in 2023. This comes from the fact we believe the storyline could take place anywhere after Doctor Strange: Multiverse Of Madness. It could even take place amidst this too. But that’s just our prediction, the storyline Loki brings. There anything can happen.

At the moment, even that stays unconfirmed as Marvel has already lined up most of its Disney+ shows and when they are supposed to come, Even if they don’t have a release date, they are gonna arrive at their respected years. So it depends on where Marvel would like to fit in the show after the finale. Is it amidst phase four or towards the end of it in May 2023? We will have to wait for that.

The Mire Season 3: All You Need To Know About The Netflix Show